Famous As: Tragedian
Born On: June 6, 1606
Died On: October 1, 1684
Born In: Rouen, France
Died At Age: 78
Pierre Corneille was a great French dramatist and tragedian known for his innovative style of writing. He started his career with a job at a forest office during which he wrote his first play titled âMÃ©liteâ. This play was critically appreciated and established his reputation as a playwright. This encouraged him to shift to Paris where he wrote many well-acclaimed plays to become a prominent playwright. He fascinated Cardinal Richelieu by his verses to be included in the reputed âsociety of five poetsâ. During the early years of his playwright career, he wrote many comic plays including 'Clitandre', and 'La Veuve'. He further shifted to tragedy and wrote a play titled âMÃ©dÃ©eâ. His next play âLe Cidâ was a perfect blend of tragedy and comedy and became a huge success. The unconventional feature of this play raised many controversies which compelled Corneille to move back to Rouen. He took a long break to deeply study the dramatic rules set by legendary philosophers. He further wrote many plays but his play âLe Cidâ is believed to have given a new route to the creativity of French writers. Here is a collection of quotes and sayings by the renowned dramatist which have been excerpted from his writings, plays, verses, dialogues and thoughts. Read on the compilation of quotations and thoughts by Pierre Corneille.
Listed In:
Writers
Film & Theater Personalities 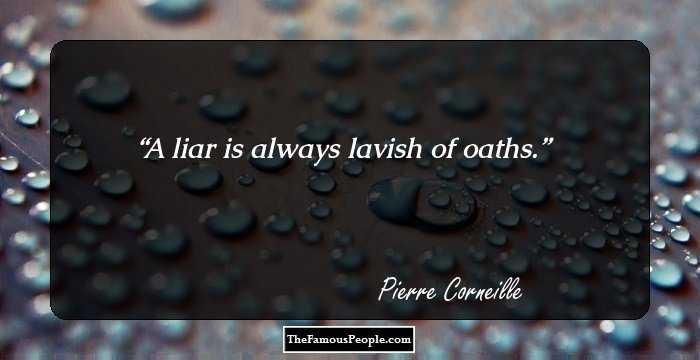 A liar is always lavish of oaths. 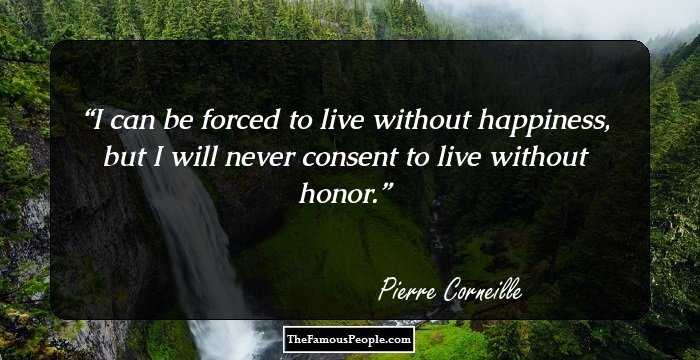 Never Will Happiness I
Pierre Corneille 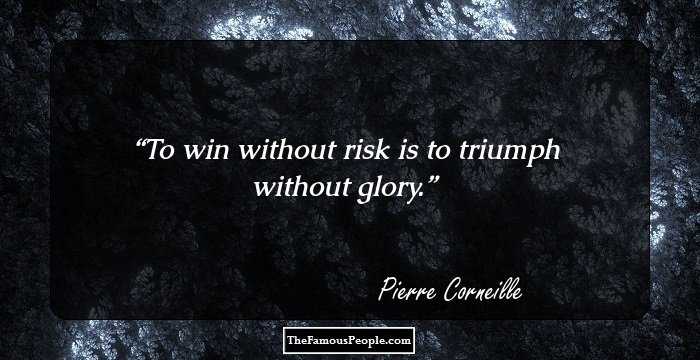 To win without risk is to triumph without glory. 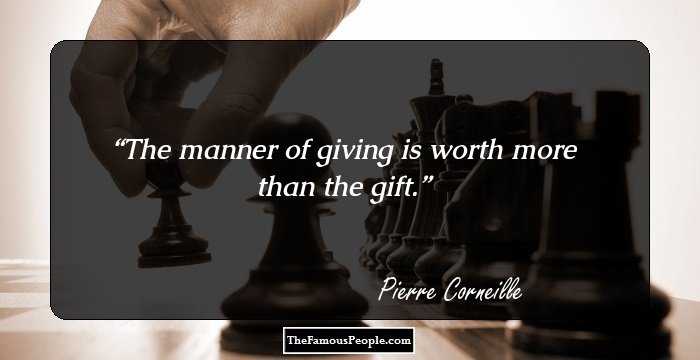 The manner of giving is worth more than the gift. 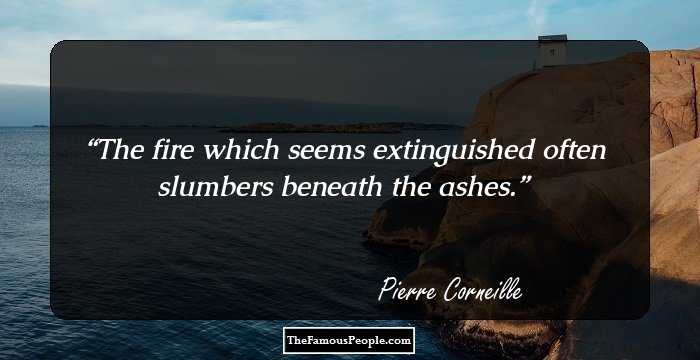 The fire which seems extinguished often slumbers beneath the ashes. 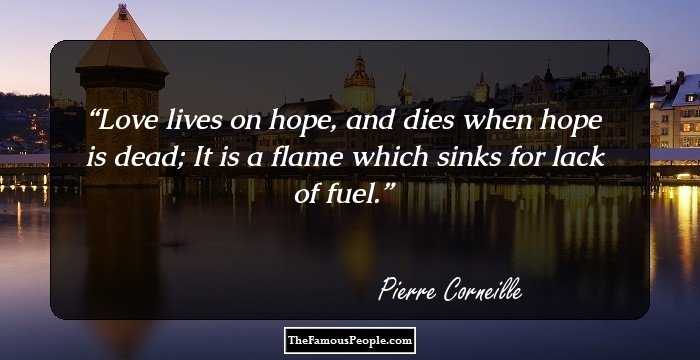 Love lives on hope, and dies when hope is dead; It is a flame which sinks for lack of fuel. 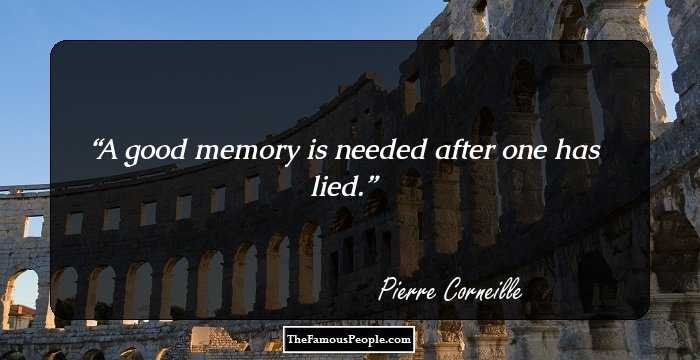 A good memory is needed after one has lied. 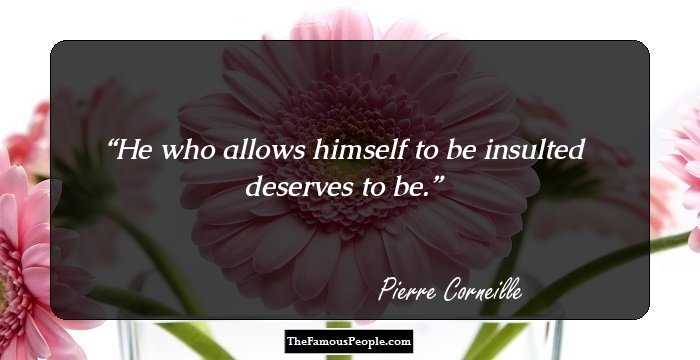 He who allows himself to be insulted deserves to be. 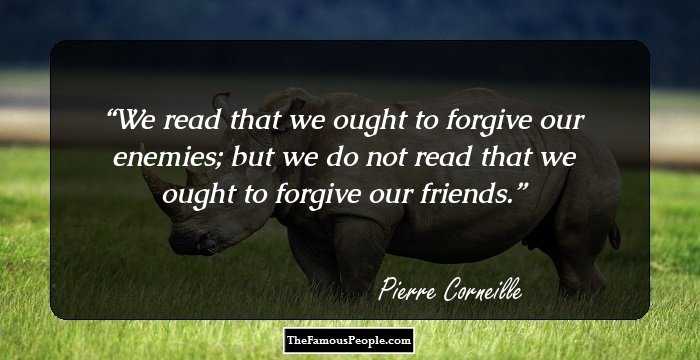 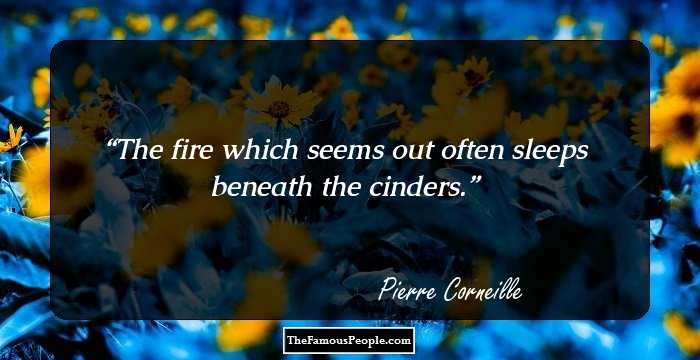 The fire which seems out often sleeps beneath the cinders. 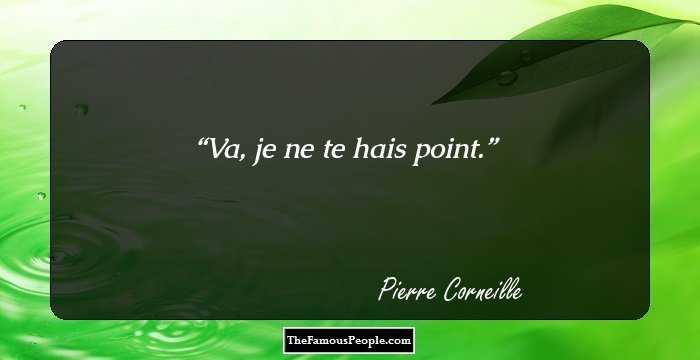 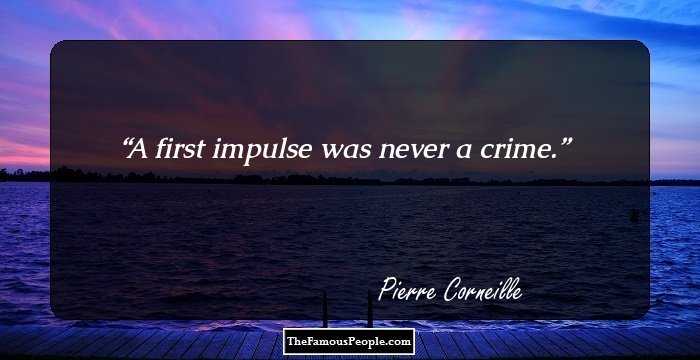 A first impulse was never a crime. 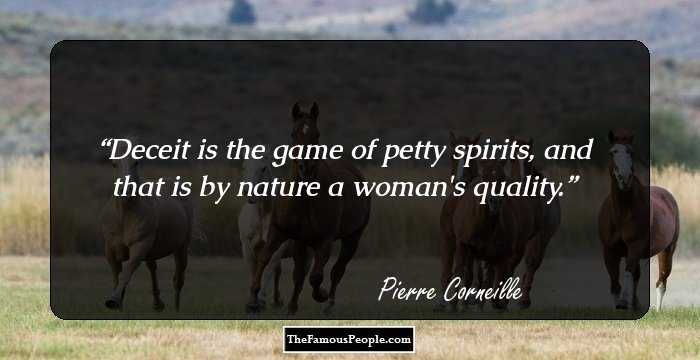 Deceit is the game of petty spirits, and that is by nature a woman's quality. 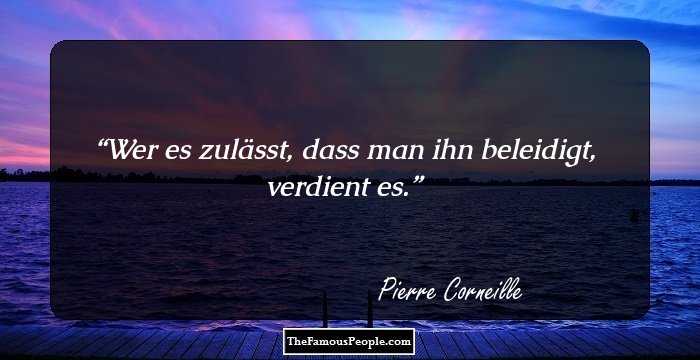 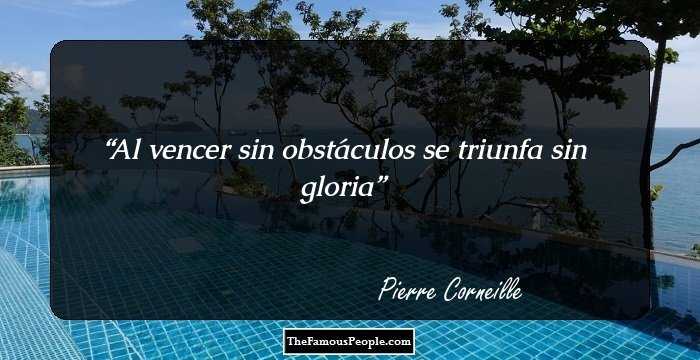 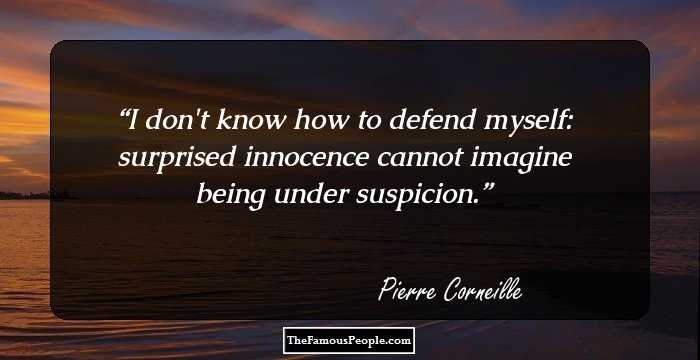 I don't know how to defend myself: surprised innocence cannot imagine being under suspicion.