Joko Widodo is a celebrated Indonesian politician. He is the seventh President of the country and the only Indonesian president who does not have a military or elite political background. From 2005 to 2012, he served as the Mayor of Surakarta. From 2012 to 2014, he also served as the Governor of Jakarta. He won a majority of popular vote and assumed office in 2014. He ran for re-election in 2019 and was elected as the President for the second time after defeating Prabowo Subianto. We have gathered some notable and quotable quotes and thoughts by Joko Widodo on problem, growth, children, people, reform, Indonesia, inequality, need, work, experience, will, life, opinion, management and control. Zoom through the corpus of insightful and thought-provoking quotes and sayings by Joko Widodo which have been amassed from his interviews, thoughts, works, public utterances, speeches and life. 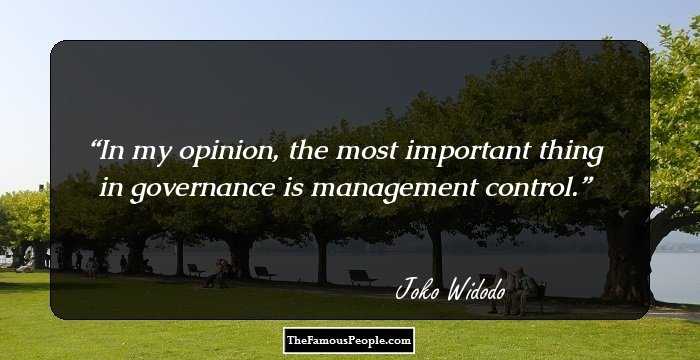 In my opinion, the most important thing in governance is management control. 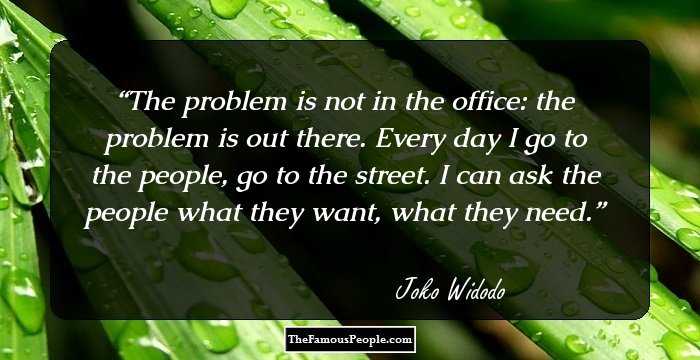 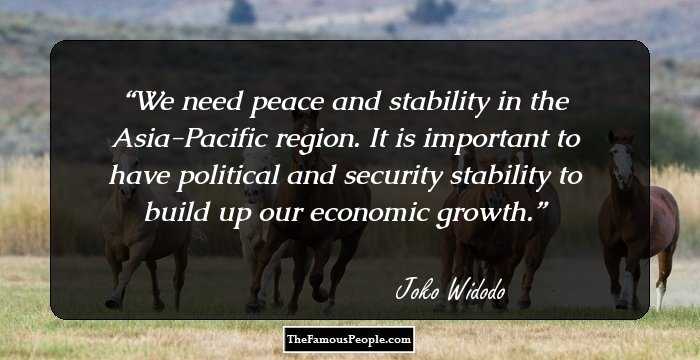 We need peace and stability in the Asia-Pacific region. It is important to have political and security stability to build up our economic growth. 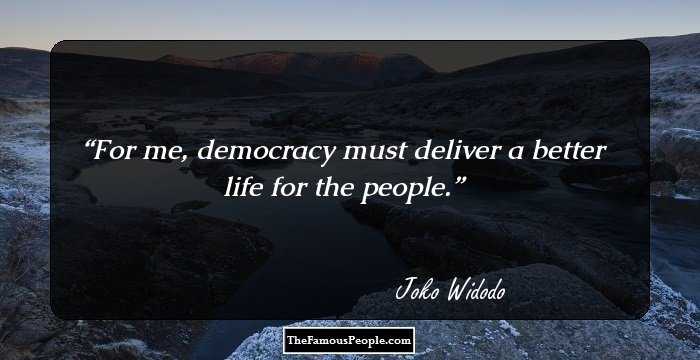 For me, democracy must deliver a better life for the people. 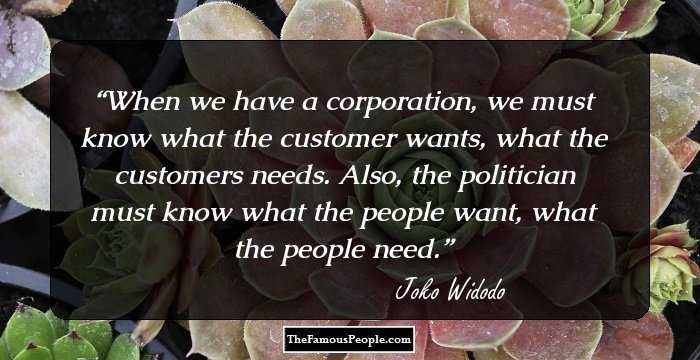 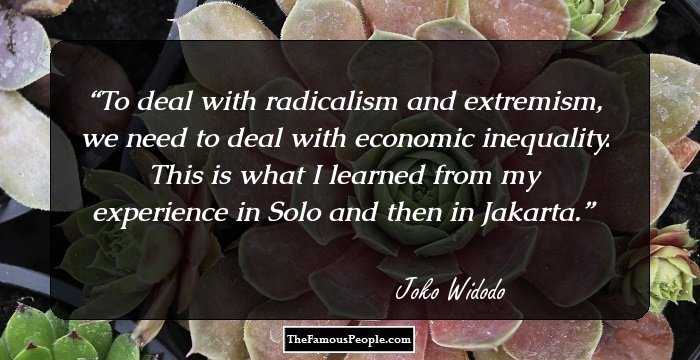 To deal with radicalism and extremism, we need to deal with economic inequality. This is what I learned from my experience in Solo and then in Jakarta. 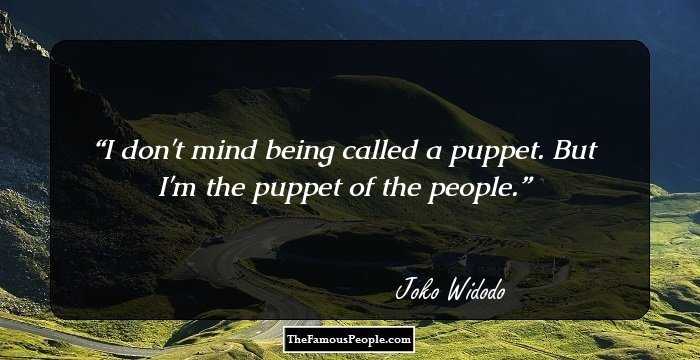 I don't mind being called a puppet. But I'm the puppet of the people. 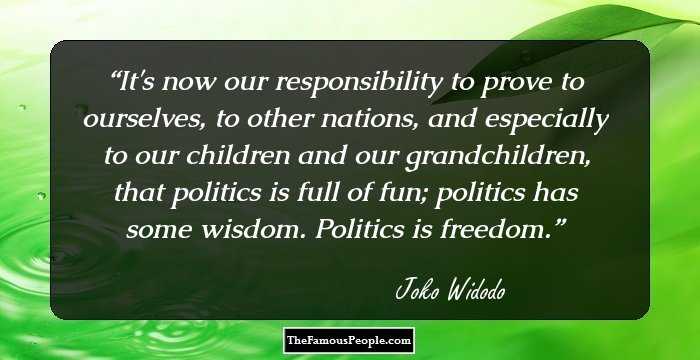 It's now our responsibility to prove to ourselves, to other nations, and especially to our children and our grandchildren, that politics is full of fun; politics has some wisdom. Politics is freedom. 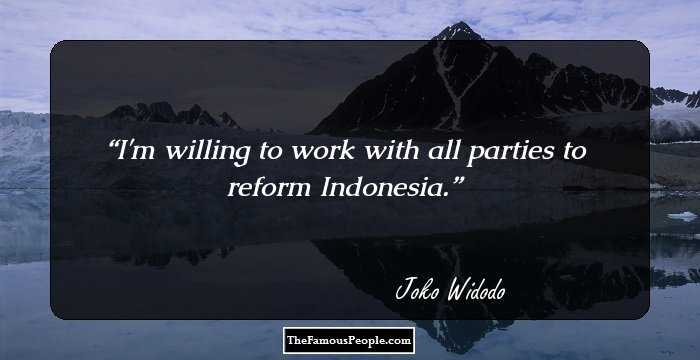 I'm willing to work with all parties to reform Indonesia.

Indonesia is the world's third-largest democracy. And we also have the world's largest Muslim population. This demonstrates that democracy and Islam are not incompatible. Terrorism is not associated with any religion.