Famous As: Japanese Naval Officer Who Conceived The Pearl Harbor Attack in 1941
Born On: April 4, 1884
Died On: April 18, 1943
Born In: Nagaoka, Niigata, Japan
Died At Age: 59
Takana Isoroku, popularly known as Isoroku Yamamoto, was a famous Japanese Naval officer who played a significant role in the attack of âPearl Harbor.â He was also engaged in the âBattle of Midway.â Isoroku was also given the position of âFleet Admiralâ of the âImperial Japanese Navy.â This is the highest position given to a Navy officer in Japan. Â He also held the position of âcommander-in-chiefâ of the âCombined Fleet.â He took the position during âWorld War II.â He remained commander-in-chief all through his life. As a capable officer, Yamamoto replaced battleships with aircraft carriers. He used the same strategy during the âPearl Harborâ attack. Even though, many of his plans failed at the time of attack, Yamamoto was still respected for his genius. He died on the battlefield after the US Army shot down his plane. We have curated some of Isoroku Yamamoto quotes on power, America, Japan, belief, pride, enemy, war, winning, desire, strength, etc.Â
Listed In:
Leaders 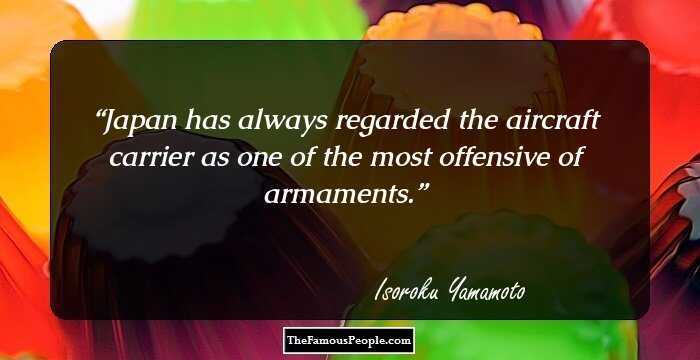 Japan has always regarded the aircraft carrier as one of the most offensive of armaments. 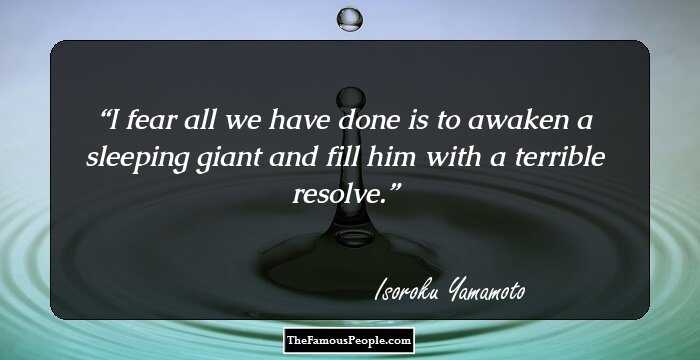 I fear all we have done is to awaken a sleeping giant and fill him with a terrible resolve. 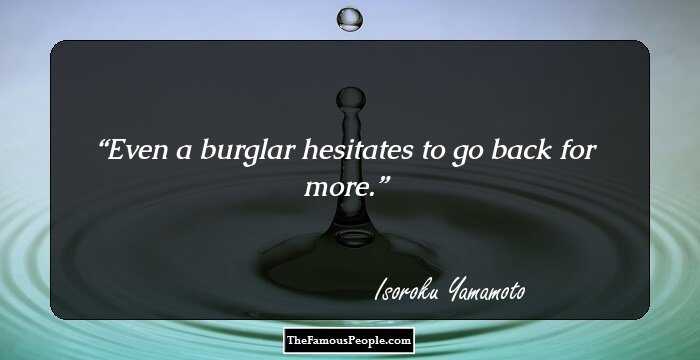 Even a burglar hesitates to go back for more. 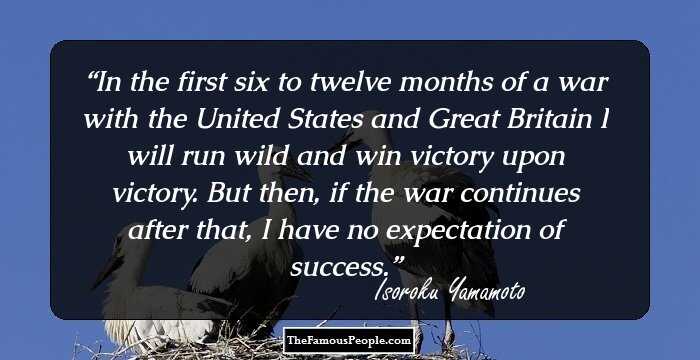 In the first six to twelve months of a war with the United States and Great Britain I will run wild and win victory upon victory. But then, if the war continues after that, I have no expectation of success. 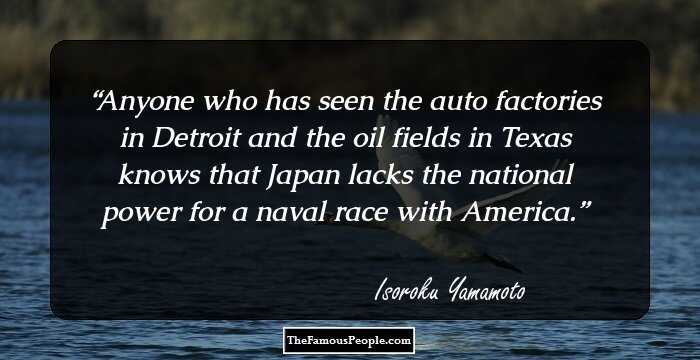 Anyone who has seen the auto factories in Detroit and the oil fields in Texas knows that Japan lacks the national power for a naval race with America.

The most important thing we have to do first of all in a war with the U.S., I firmly believe, is to fiercely attack and destroy the U.S. main fleet at the outset of the war so that the morale of the U.S. Navy and her people goes down to such an extent that it cannot be recovered.