Clement Attlee was a renowned British statesman and Labour Party politician. From 1935 to 1955, he served as the âLeader of the Labour Party.â From 1945 to 1951, he held the office of the âPrime Minister of the United Kingdom.â He received his primary education in London and pursued his graduation in Modern History from the âOxford University.â He was initially conservative in his political views, but after working as the manager for the Haileybury House, his thoughts and views underwent a change. He became more inclined towards Socialism after witnessing the misery and poverty prevailing in society. Following is a collection of popular thoughts and quotations by Clement Attlee which are quoted widely. Read through the inspiring words, quotes and sayings by Clement Attlee which have been excerpted from his thoughts, works, speeches, and life. 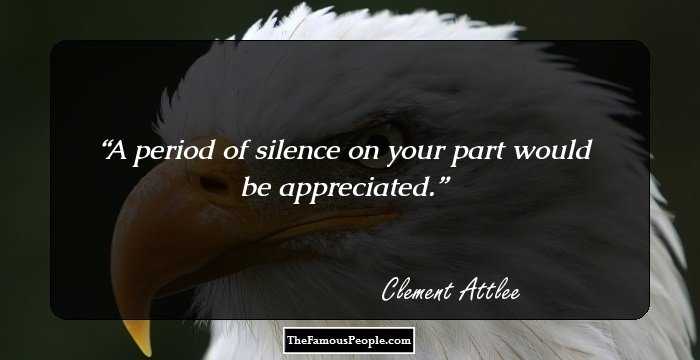 A period of silence on your part would be appreciated. 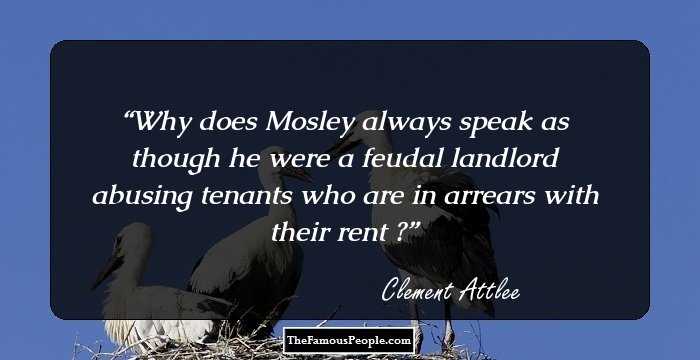 Why does Mosley always speak as though he were a feudal landlord abusing tenants who are in arrears with their rent ? 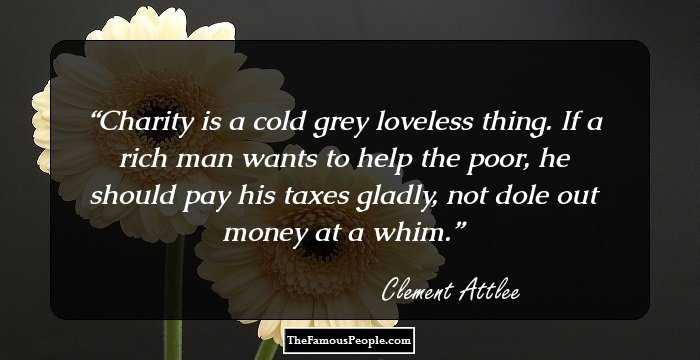 Charity is a cold grey loveless thing. If a rich man wants to help the poor, he should pay his taxes gladly, not dole out money at a whim. 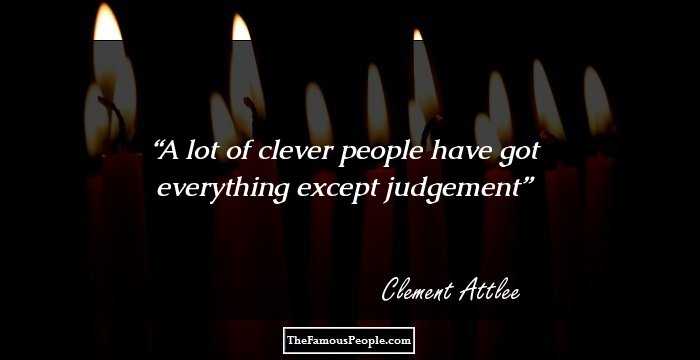 A lot of clever people have got everything except judgement 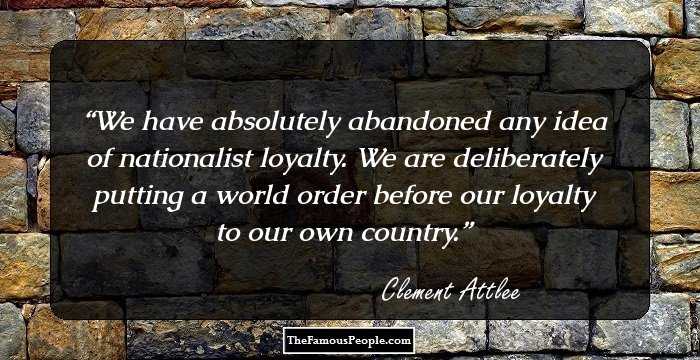 We have absolutely abandoned any idea of nationalist loyalty. We are deliberately putting a world order before our loyalty to our own country. 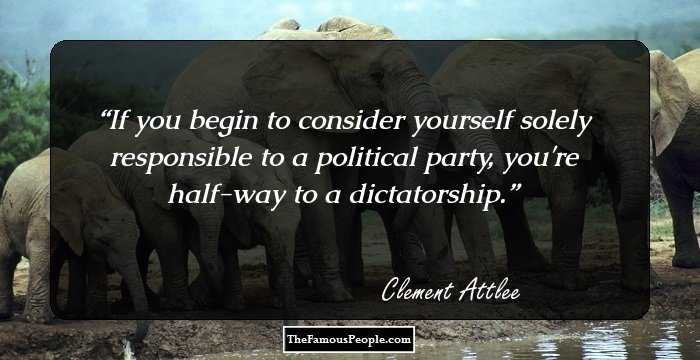 If you begin to consider yourself solely responsible to a political party, you're half-way to a dictatorship. 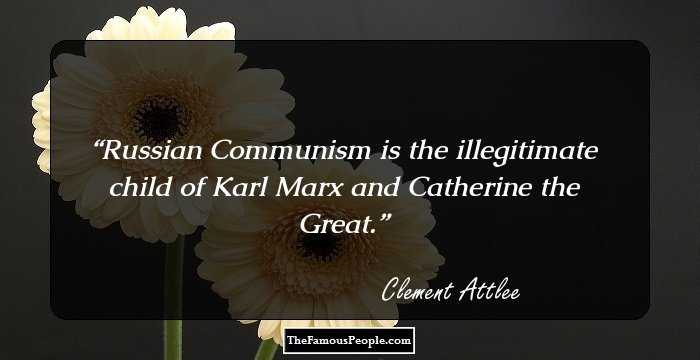 Russian Communism is the illegitimate child of Karl Marx and Catherine the Great. 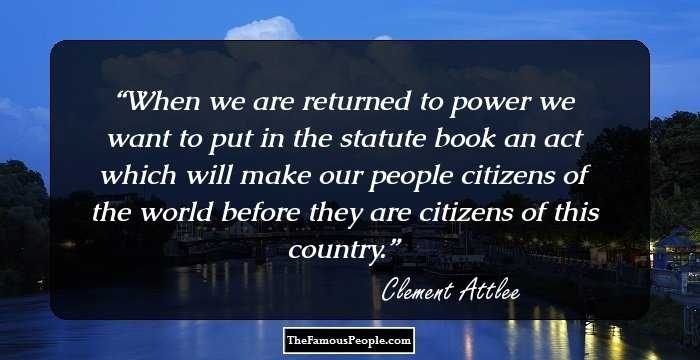 When we are returned to power we want to put in the statute book an act which will make our people citizens of the world before they are citizens of this country. 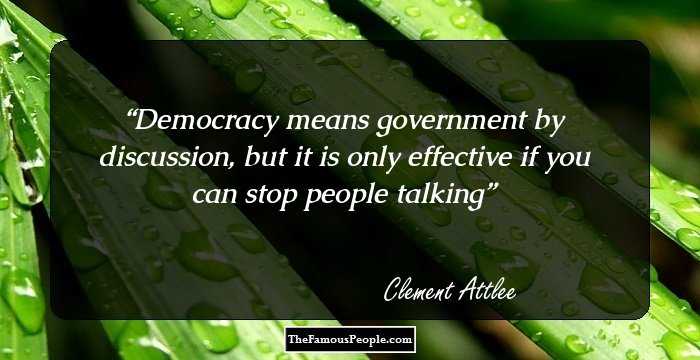 Democracy means government by discussion, but it is only effective if you can stop people talking

There is a denial of the value of the individual. Christianity affirms the value of each individual soul. Nazism denies it. The individual is sacrificed to the idol of the German Leader, German State or the German race. The ordinary citizen is allowed to hear and think only as the rulers decree.