Famous As: Mayor of Bridgeport, Connecticut from 1875 to 1876
Born On: July 5, 1810
Died On: April 7, 1891
Born In: Bethel, Connecticut, United States
Died At Age: 80
P.T. Barnum was an American businessman, showman, author and politician, who is particularly well-known for being the promoter of curious sideshows made up of hoaxes. Barnum started off his career as a store manager while he was still a teenager and even at that age, he was known to employ underhanded tactics in order to make sure that a sale went through. He also became involved in the lottery craze and managed a state wide lottery network in Connecticut. However, it was as a promoter of distinguished hoaxes that he became famous. He operated âBarnumâs Grand Scientific And Musical Theatreâ for some years before purchasing âScudderâs American Museumâ in New York and turned it into the âBarnum American Museumâ. Barnum was a smooth talker and persuasive writer. He expressed his views and thoughts through his writings that revolved around subjects like money and business. His legacy still lives through his work, shows, thoughts and writings which are often quoted by people from all walks of life. His book titled âThe Golden Rules of Making Moneyâ, âArt of Getting Moneyâ and his autobiography âLife of P.T Barnumâ has inspired many audacious entrepreneurs. Following is a collection of quotes and sayings by P. T. Barnum on life, business, marketing, promotional, money, greed and enterprise.Â
Listed In:
Business People
Leaders 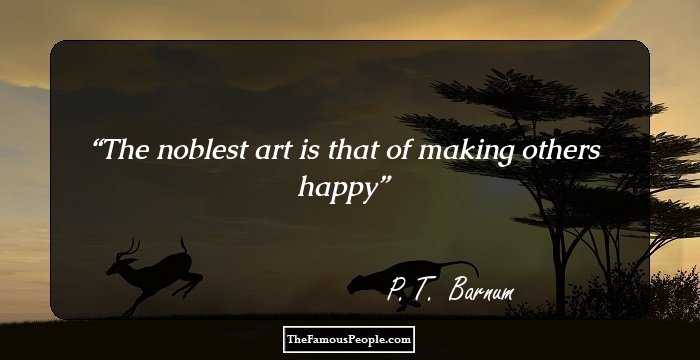 The noblest art is that of making others happy 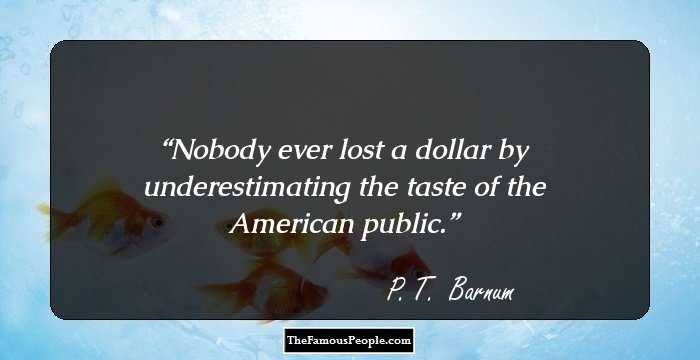 Nobody ever lost a dollar by underestimating the taste of the American public. 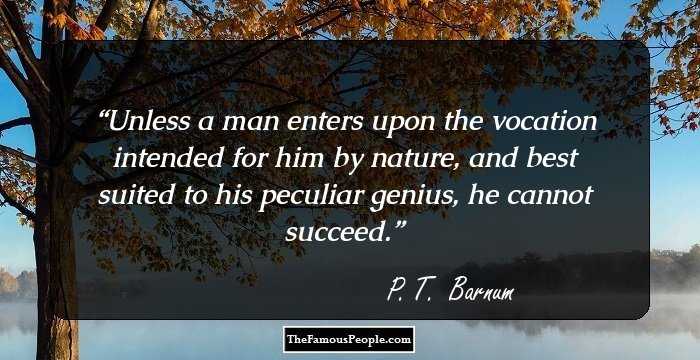 Unless a man enters upon the vocation intended for him by nature, and best suited to his peculiar genius, he cannot succeed. 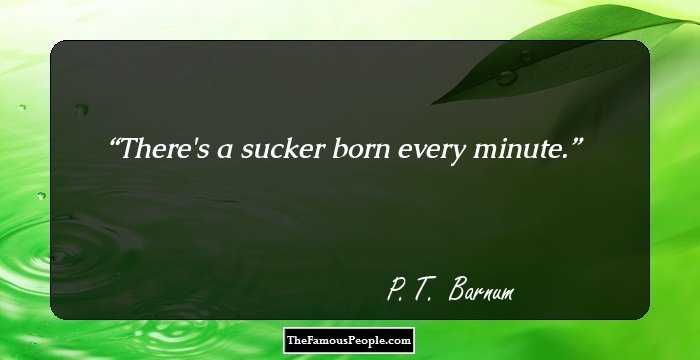 There's a sucker born every minute. 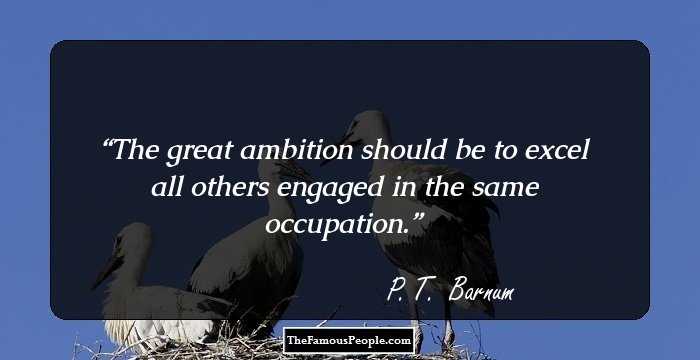 The great ambition should be to excel all others engaged in the same occupation. 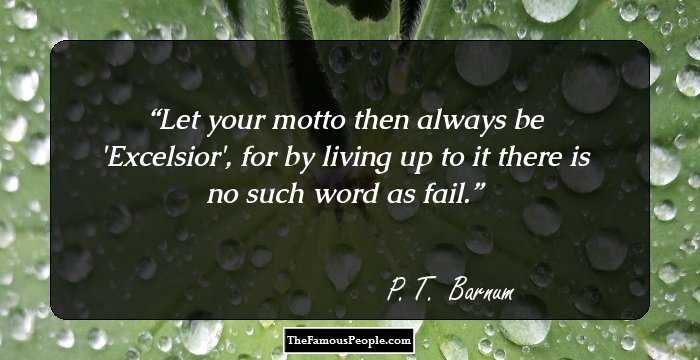 Let your motto then always be 'Excelsior', for by living up to it there is no such word as fail. 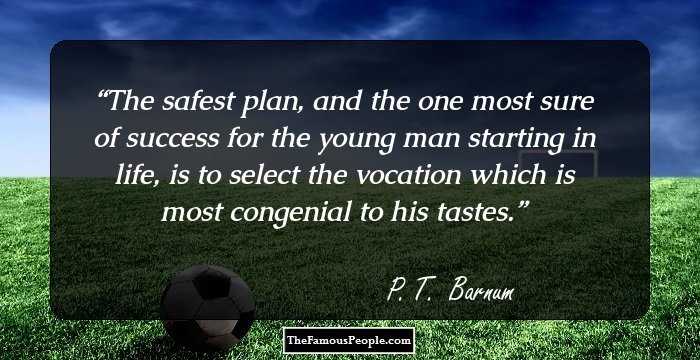 The safest plan, and the one most sure of success for the young man starting in life, is to select the vocation which is most congenial to his tastes. 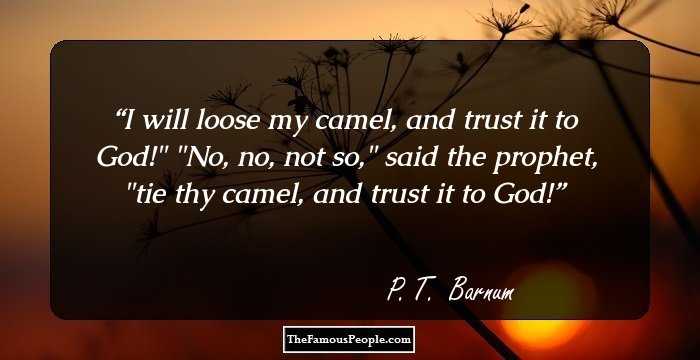 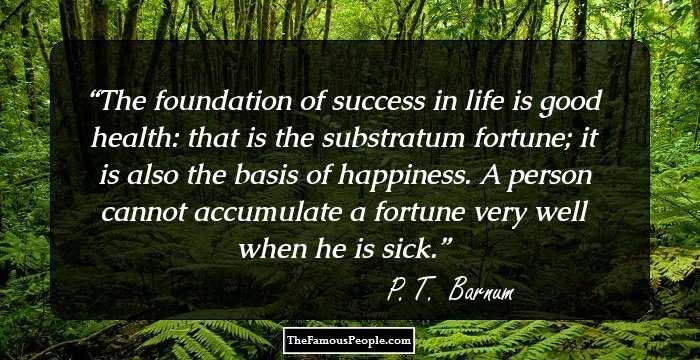 The foundation of success in life is good health: that is the substratum fortune; it is also the basis of happiness. A person cannot accumulate a fortune very well when he is sick. 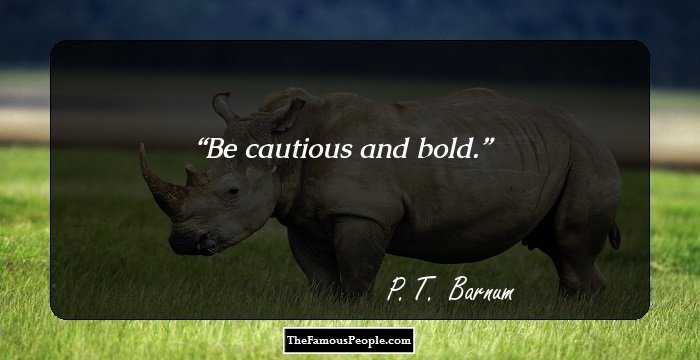 Be cautious and bold. 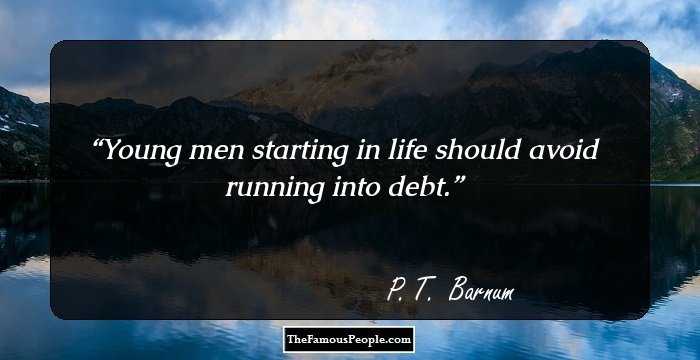 Young men starting in life should avoid running into debt. 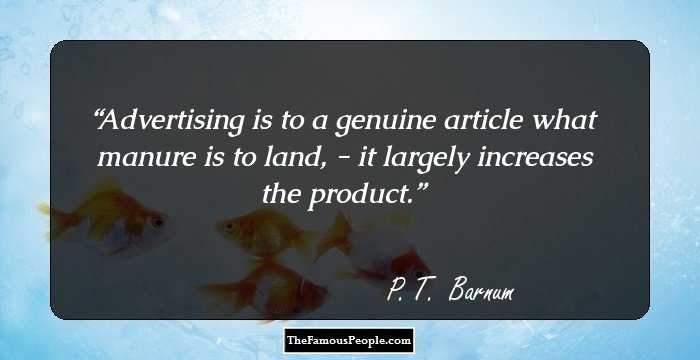 Advertising is to a genuine article what manure is to land, - it largely increases the product. 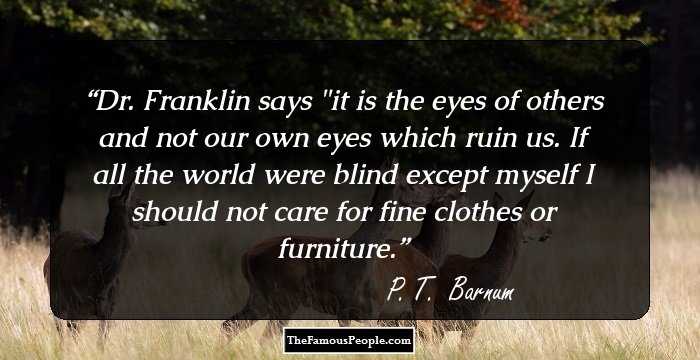 Dr. Franklin says "it is the eyes of others and not our own eyes which ruin us. If all the world were blind except myself I should not care for fine clothes or furniture. 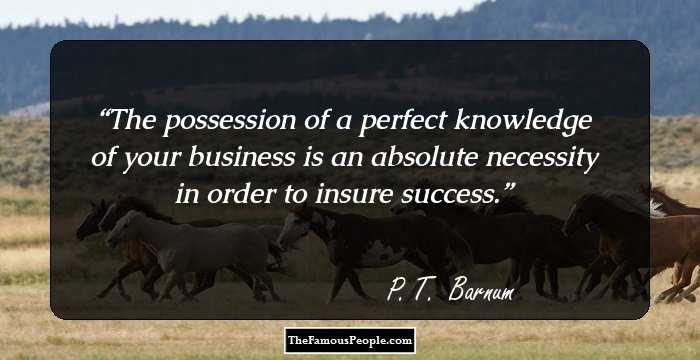 The possession of a perfect knowledge of your business is an absolute necessity in order to insure success. 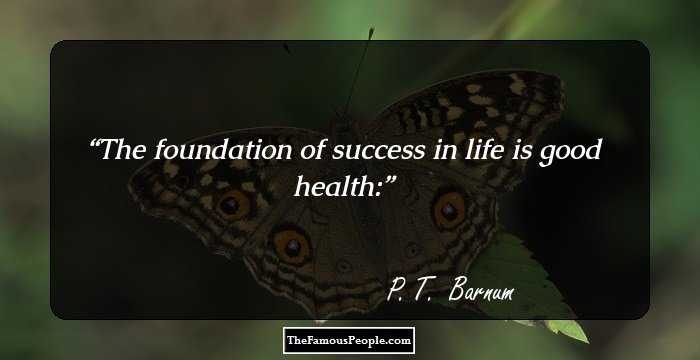 The foundation of success in life is good health: 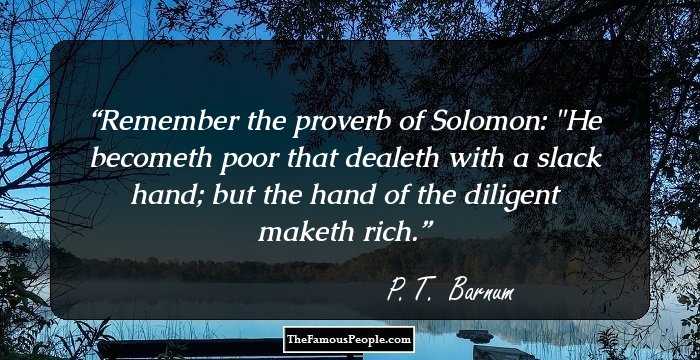 Remember the proverb of Solomon: "He becometh poor that dealeth with a slack hand; but the hand of the diligent maketh rich. 47 Quotes By Peter Lynch For Your Perfect Financial Planning