Ho Chi Minh was a popular Vietnamese Communist revolutionary leader. He served as the First Secretary and the Chairman of the 'Workerâs Party of Vietnam.' He also held the office of the Prime Minister and the President of the Democratic Republic of Vietnam. In 1945, he played a pivotal role in establishing the Democratic Republic of Vietnam, the Viet Cong and Peopleâs Army Vietnam during the Vietnam War. From 1941, he led the Viet Minh Independence Movement. It is also said that he used a minimum of 50 and approximately 200 pseudonyms. Due to health problems, he officially resigned from his positios in 1965, but continued to remain one of the highly venerated leaders who fought for a communist and united Vietnam. Here, we have amassed some famous quotes and sayings by Ho Chi Minh. Following is a treasury of motivational quotes and thoughts by Ho Chi Minh that are sure to enlighten you. 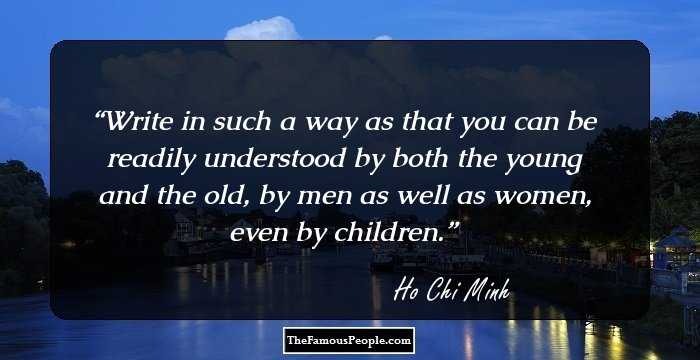 Write in such a way as that you can be readily understood by both the young and the old, by men as well as women, even by children. 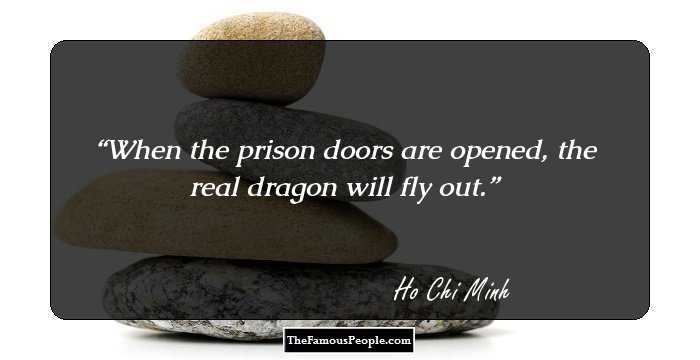 When the prison doors are opened, the real dragon will fly out. 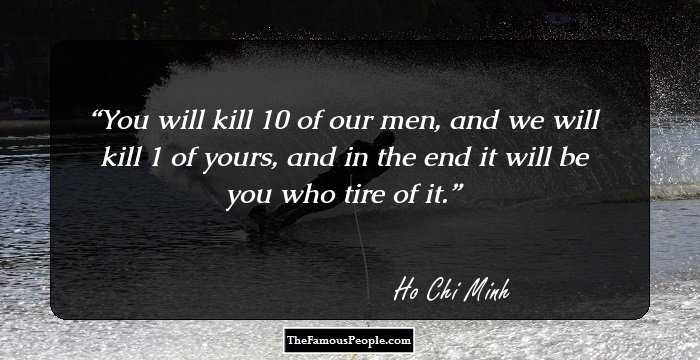 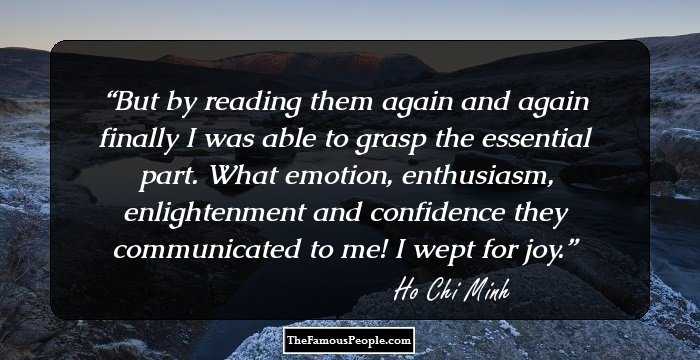 But by reading them again and again finally I was able to grasp the essential part. What emotion, enthusiasm, enlightenment and confidence they communicated to me! I wept for joy. 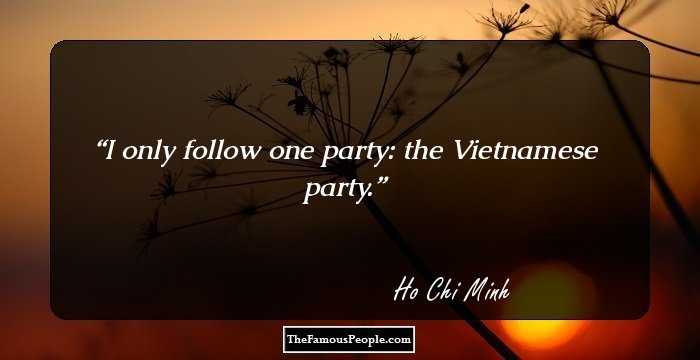 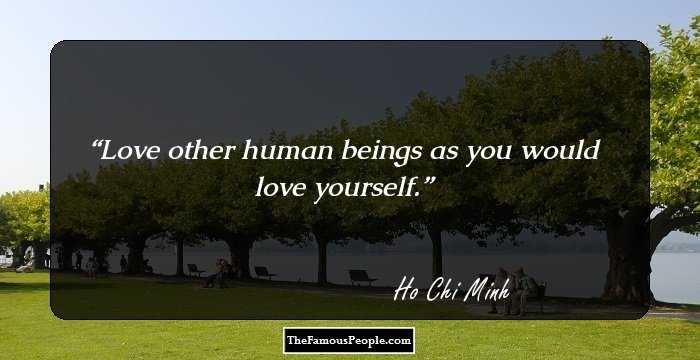 Love other human beings as you would love yourself. 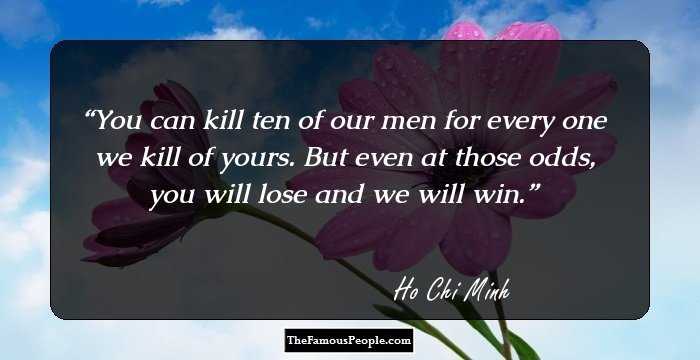 You can kill ten of our men for every one we kill of yours. But even at those odds, you will lose and we will win. 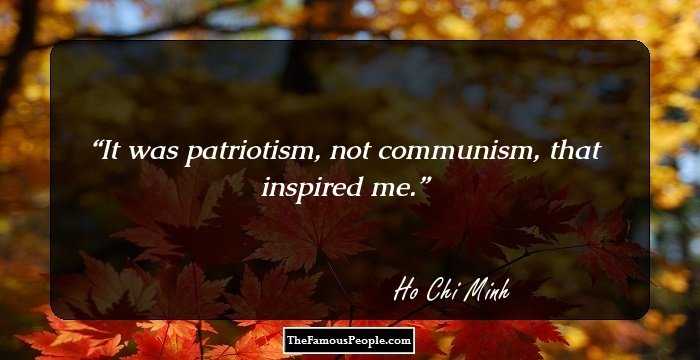 It was patriotism, not communism, that inspired me. 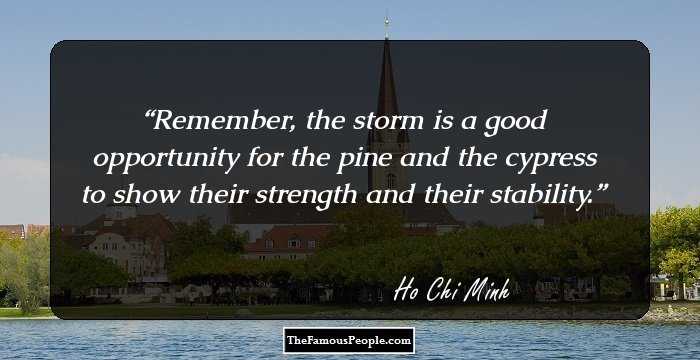 Remember, the storm is a good opportunity for the pine and the cypress to show their strength and their stability. 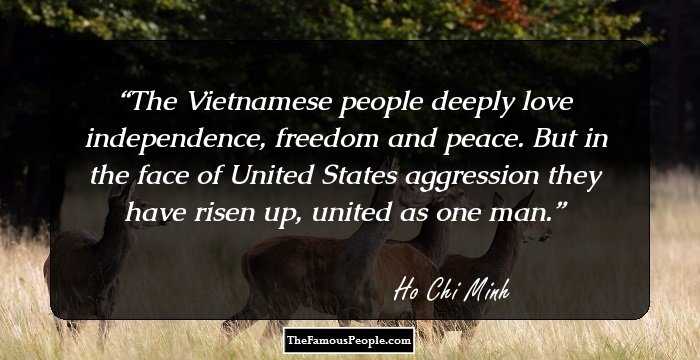 The Vietnamese people deeply love independence, freedom and peace. But in the face of United States aggression they have risen up, united as one man. 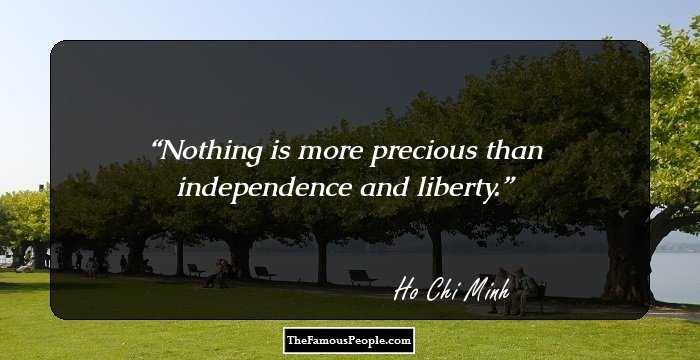 Nothing is more precious than independence and liberty.

The object of my relationship with Vietnam has been to heal the wounds that exist, particularly among our veterans, and to move forward with a positive relationship,... Apparently some in the Vietnamese government don't want to do that and that's their decision.