A collection of quotes and sayings by Francis Drake on new-beginnings, inspiration, life, achievements, captains, thoughts, discovery, and accomplishments.

Famous As: Best Known for His Circumnavigation of the World in a Single Expedition
Born On: 1540 AD
Died On: January 28, 1596
Born In: Tavistock, Devon, England
Died At Age: 56

Francis Drake was an illustrious English naval officer, sea captain, slave trader, explorer, and privateer. From 1577 to 1580, he travelled around the world in a single expedition. He also holds the feat of being the first to complete the voyage while leading the expedition throughout the circumnavigation. In 1581, he was awarded knighthood by Elizabeth I. We bring to you a list of quotes and sayings by Francis Drake. Following is a list of quotable quotes and thoughts by Francis Drake on end, great, sea, voyage, life, death, glory, yields, time, victory, loss, irrecoverable, win, game, Lord, disturb, sight, land, mastery, ventures, dreams, stars, exploration etc. 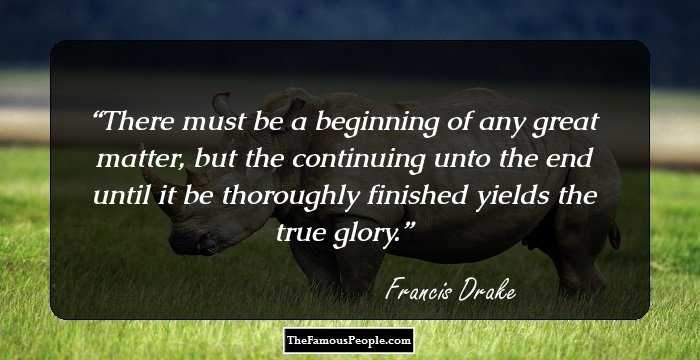 There must be a beginning of any great matter, but the continuing unto the end until it be thoroughly finished yields the true glory. 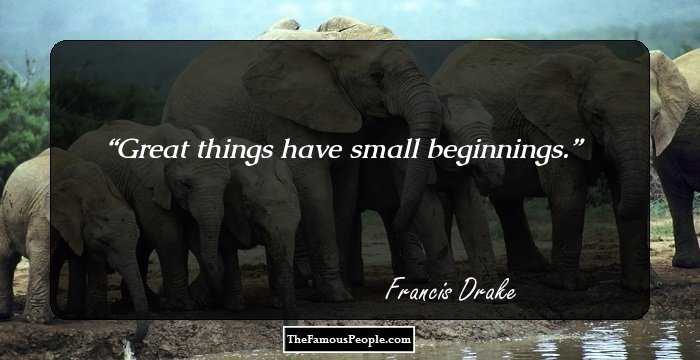 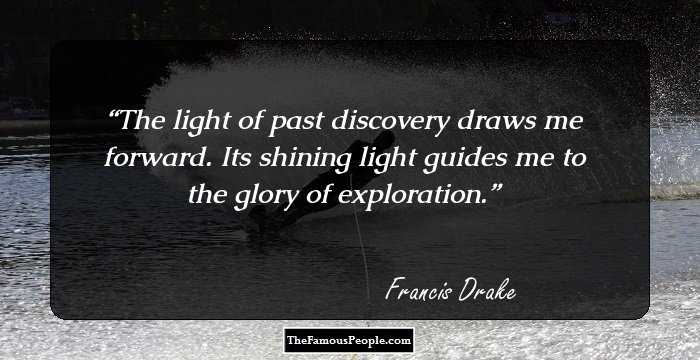 The light of past discovery draws me forward. Its shining light guides me to the glory of exploration. 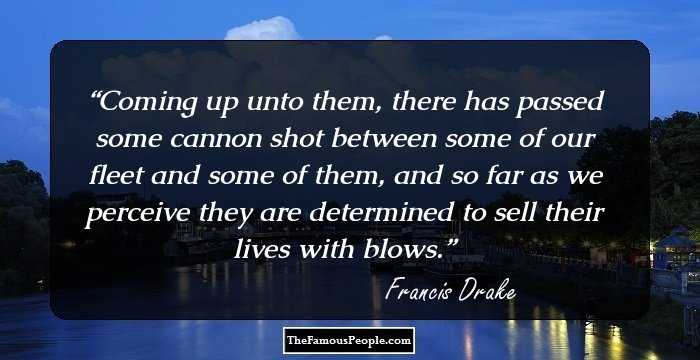 Coming up unto them, there has passed some cannon shot between some of our fleet and some of them, and so far as we perceive they are determined to sell their lives with blows. 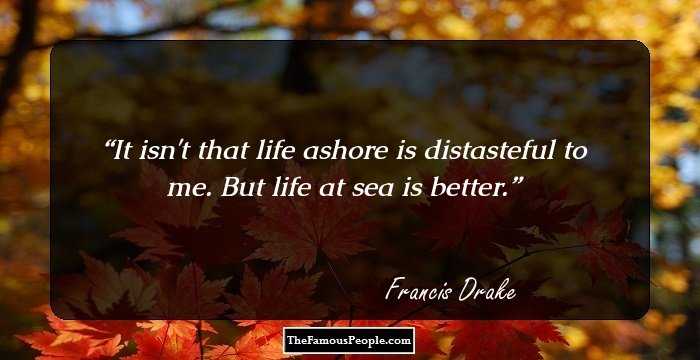 It isn't that life ashore is distasteful to me. But life at sea is better. 64 Most Famous Quotes By Ian Fleming, The Renowned Author