Famous As: Actress
Born On: August 15, 1879
Died On: June 18, 1959
Born In: Philadelphia, Pennsylvania, United States
Died At Age: 79
Ethel Barrymore was a celebrated, immensely talented American actress, stage performer and a member of 'actors from the Barrymore family'. Her career spanned approximately six decades and was regarded as âThe First Lady of the American Theatreâ mainly because of her brilliant voice quality and distinctive style. In 1894, during the New York City season, she debuted as a stage actress. Her youthful stage presence, witty nature and energetic disposition gave her an edge over other artists of her generation. In 1928, the âEthel Barrymore Theatreâ was inaugurated by her which was opened by Shuberts family and operates till date. Take a look at the popular, famous and inspiring quotes and sayings by the distinguished diva which has been curated from her movies, performances, dialogues, work, thoughts and public utterances. Read through the quotable quotes and thoughts by Ethel Barrymore.
Listed In:
Film & Theater Personalities
Actresses 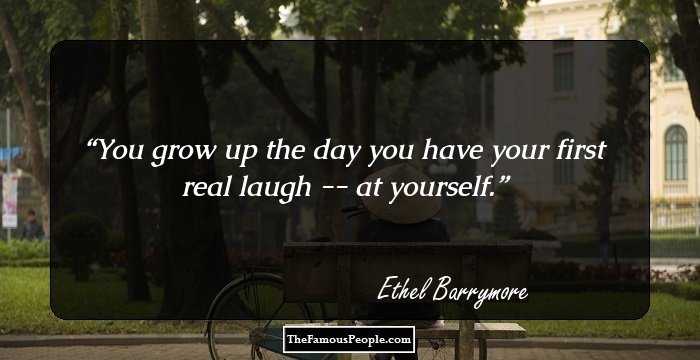 You grow up the day you have your first real laugh -- at yourself.

You Yourself
Ethel Barrymore 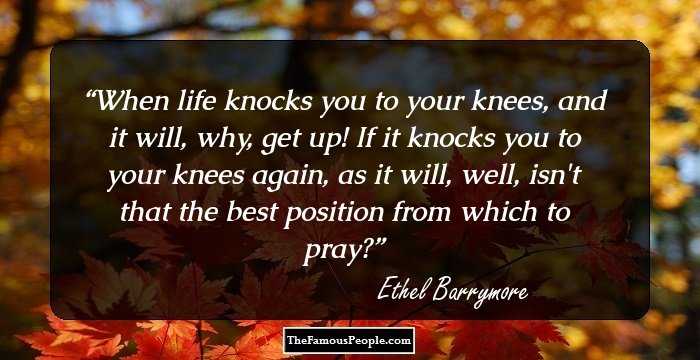 You Life Will
Ethel Barrymore 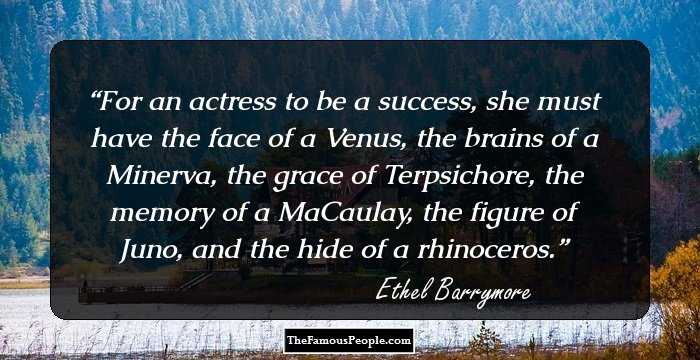 For an actress to be a success, she must have the face of a Venus, the brains of a Minerva, the grace of Terpsichore, the memory of a MaCaulay, the figure of Juno, and the hide of a rhinoceros. 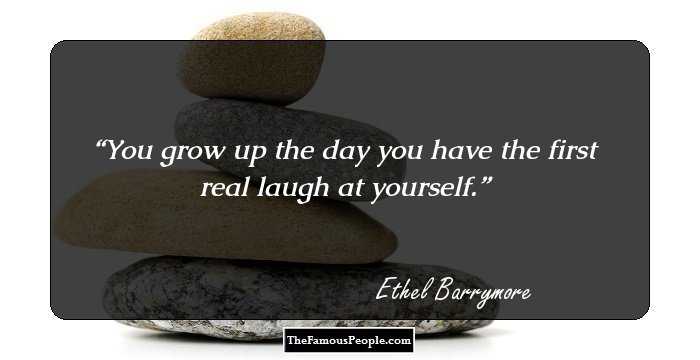 You grow up the day you have the first real laugh at yourself. 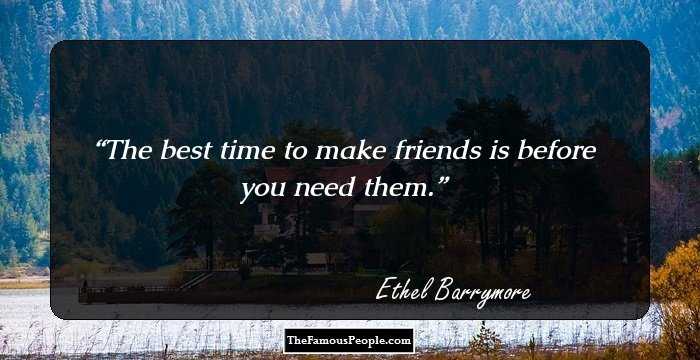 The best time to make friends is before you need them. 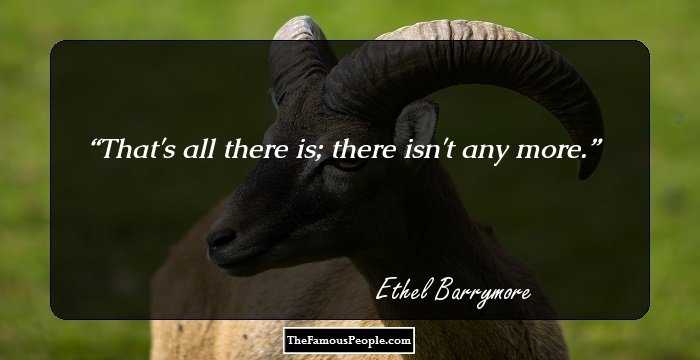 That's all there is; there isn't any more. 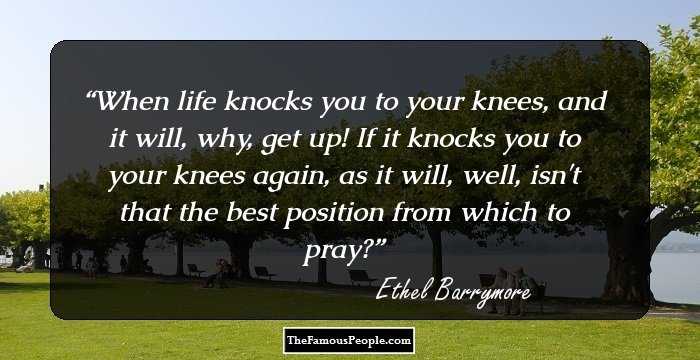 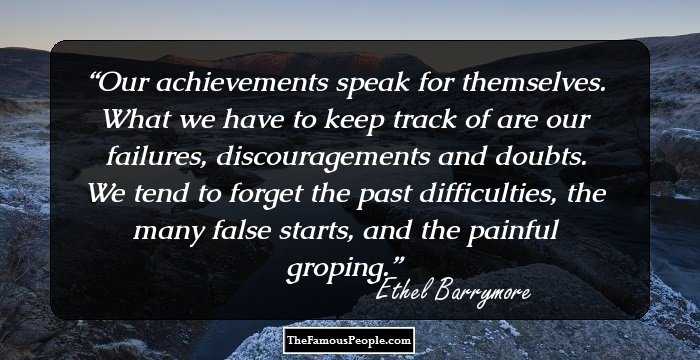 Our achievements speak for themselves. What we have to keep track of are our failures, discouragements and doubts. We tend to forget the past difficulties, the many false starts, and the painful groping. 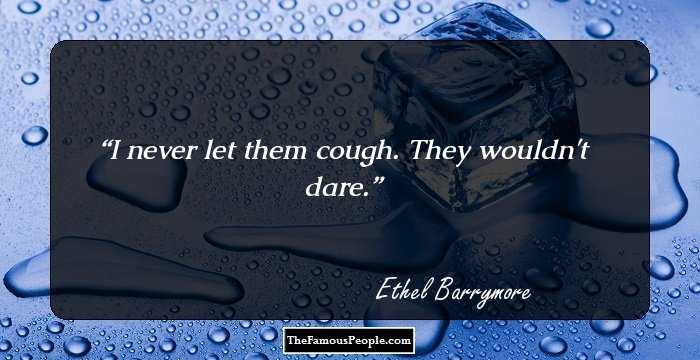 I never let them cough. They wouldn't dare. 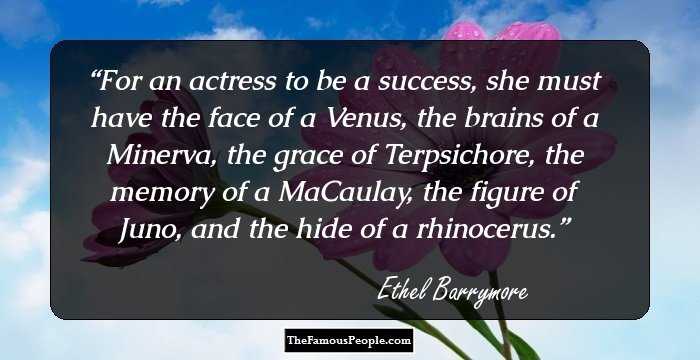 For an actress to be a success, she must have the face of a Venus, the brains of a Minerva, the grace of Terpsichore, the memory of a MaCaulay, the figure of Juno, and the hide of a rhinocerus. 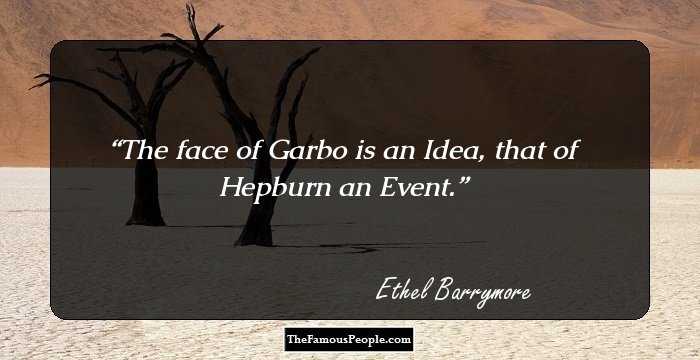 The face of Garbo is an Idea, that of Hepburn an Event. 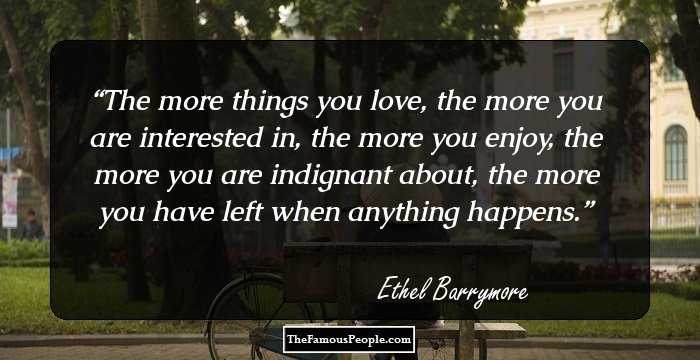 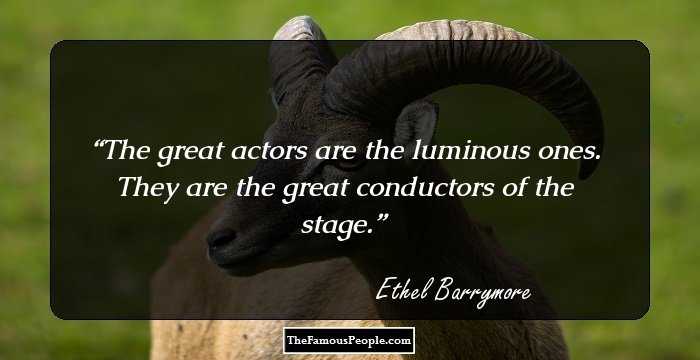 The great actors are the luminous ones. They are the great conductors of the stage. 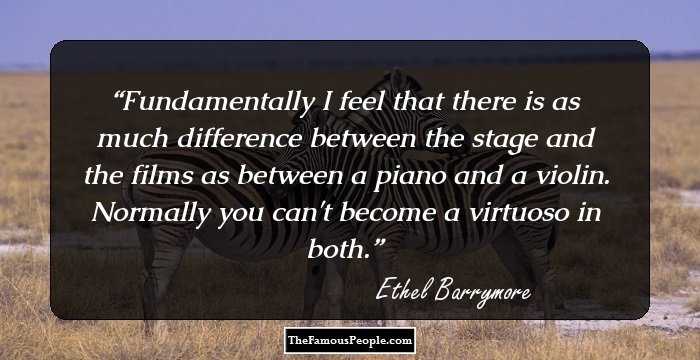 Fundamentally I feel that there is as much difference between the stage and the films as between a piano and a violin. Normally you can't become a virtuoso in both. 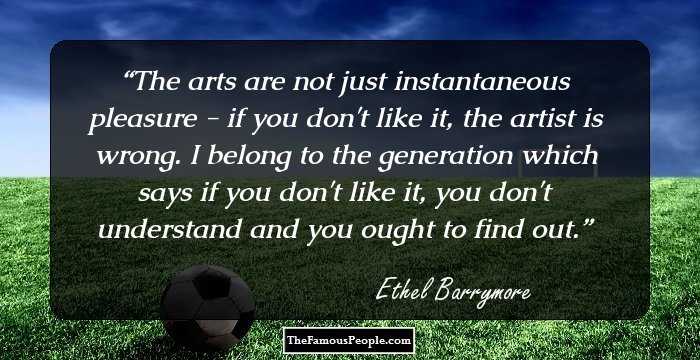