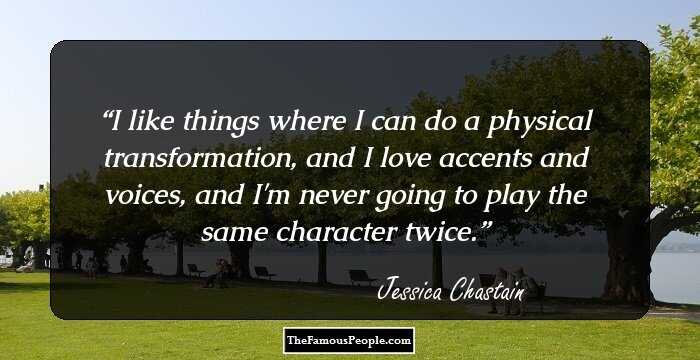 I like things where I can do a physical transformation, and I love accents and voices, and I'm never going to play the same character twice. 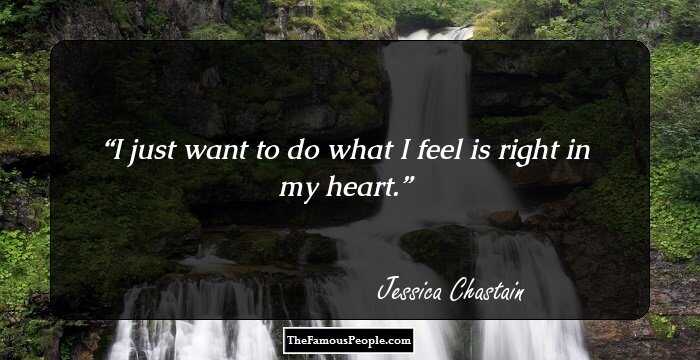 I just want to do what I feel is right in my heart. 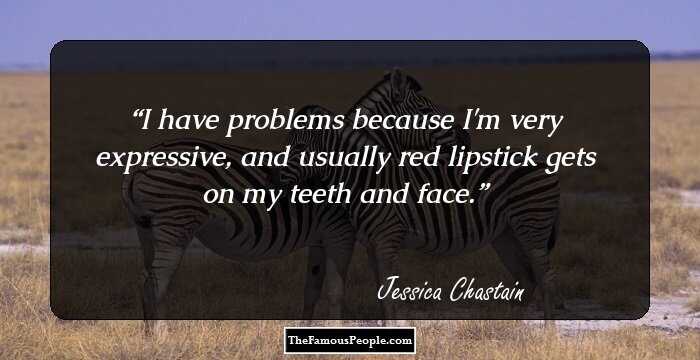 I have problems because I'm very expressive, and usually red lipstick gets on my teeth and face. 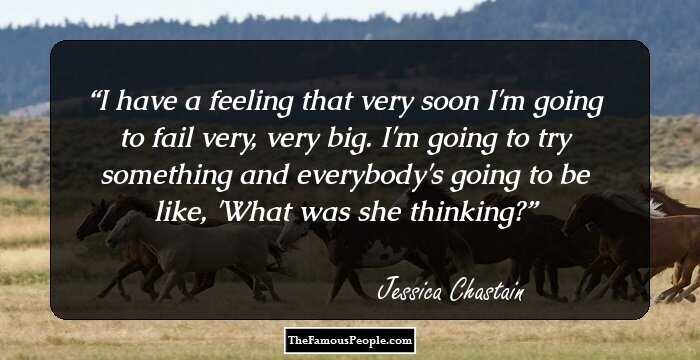 I have a feeling that very soon I'm going to fail very, very big. I'm going to try something and everybody's going to be like, 'What was she thinking? 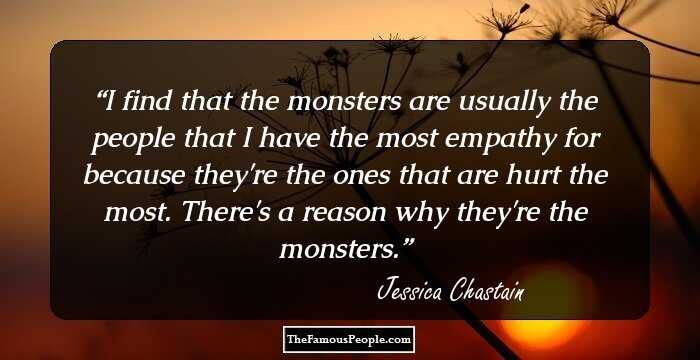 I find that the monsters are usually the people that I have the most empathy for because they're the ones that are hurt the most. There's a reason why they're the monsters. 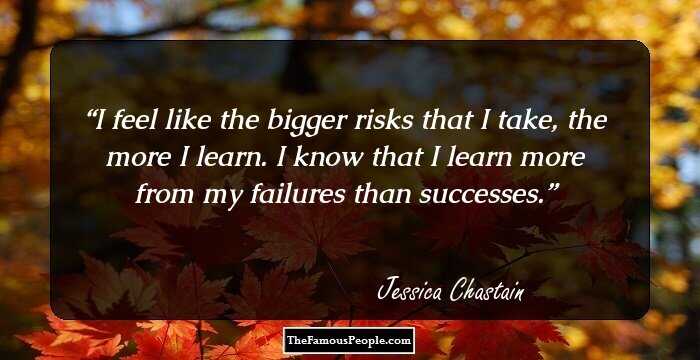 I feel like the bigger risks that I take, the more I learn. I know that I learn more from my failures than successes. 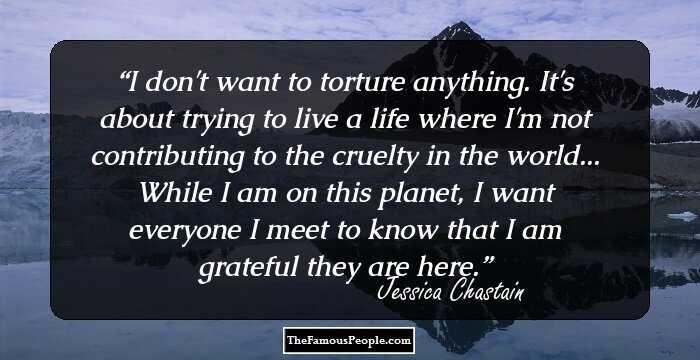 I don't want to torture anything. It's about trying to live a life where I'm not contributing to the cruelty in the world... While I am on this planet, I want everyone I meet to know that I am grateful they are here. 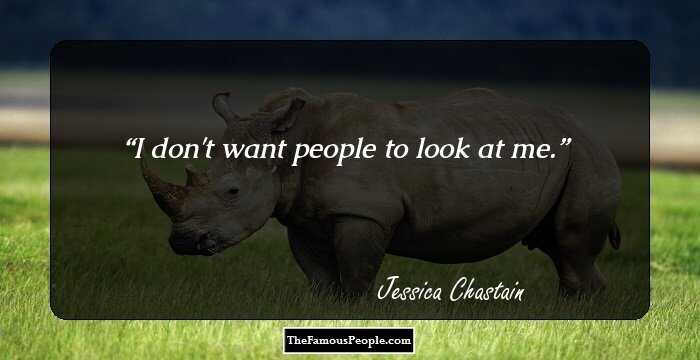 I don't want people to look at me. 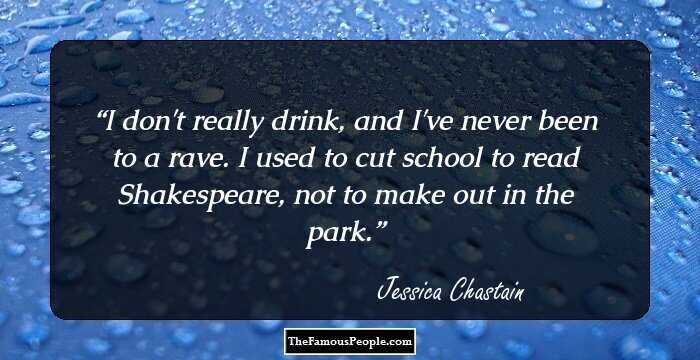 I don't really drink, and I've never been to a rave. I used to cut school to read Shakespeare, not to make out in the park. 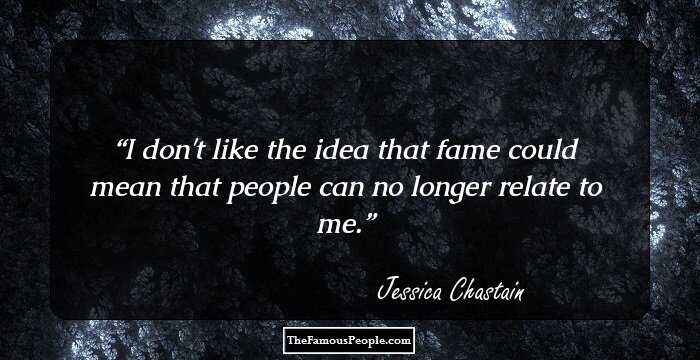 I don't like the idea that fame could mean that people can no longer relate to me. 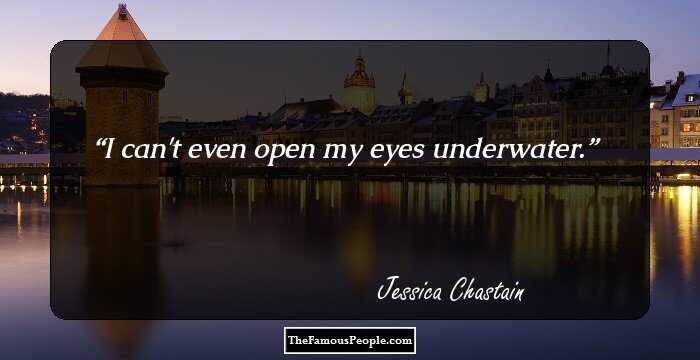 I can't even open my eyes underwater. 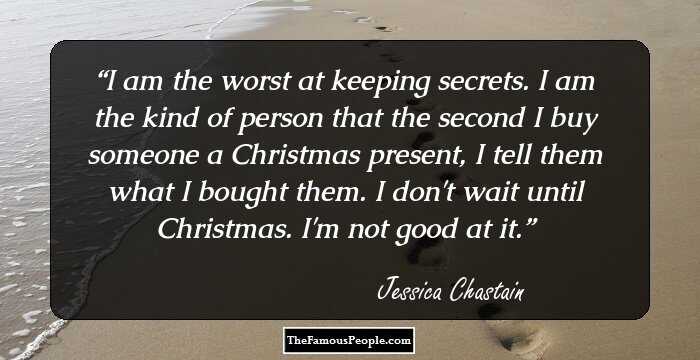 I am the worst at keeping secrets. I am the kind of person that the second I buy someone a Christmas present, I tell them what I bought them. I don't wait until Christmas. I'm not good at it. 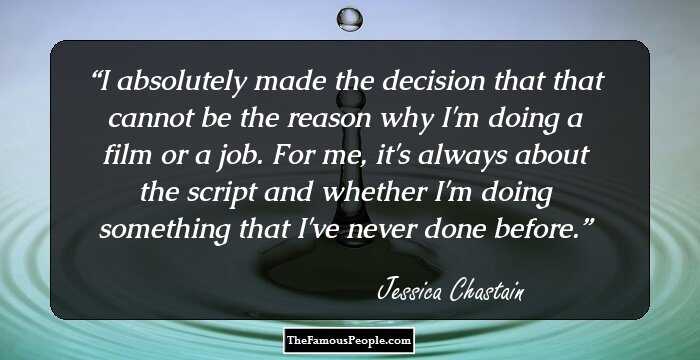 I absolutely made the decision that that cannot be the reason why I'm doing a film or a job. For me, it's always about the script and whether I'm doing something that I've never done before. 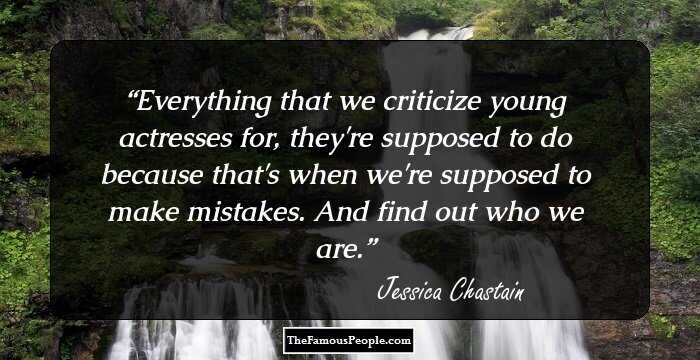 Everything that we criticize young actresses for, they're supposed to do because that's when we're supposed to make mistakes. And find out who we are. 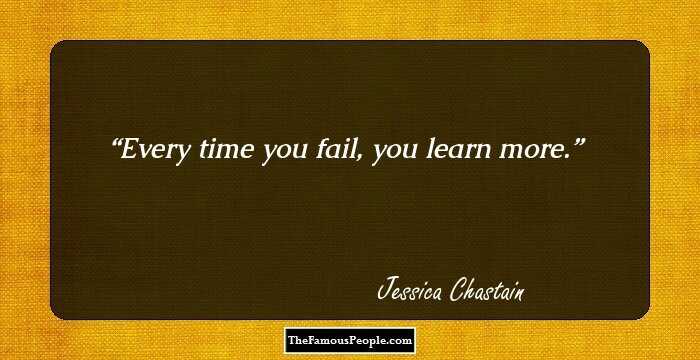 Every time you fail, you learn more. 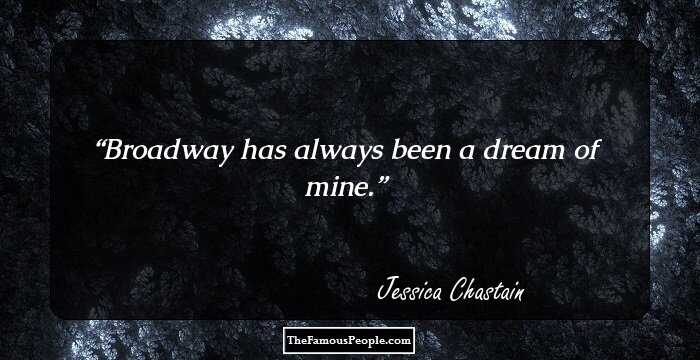 Broadway has always been a dream of mine. 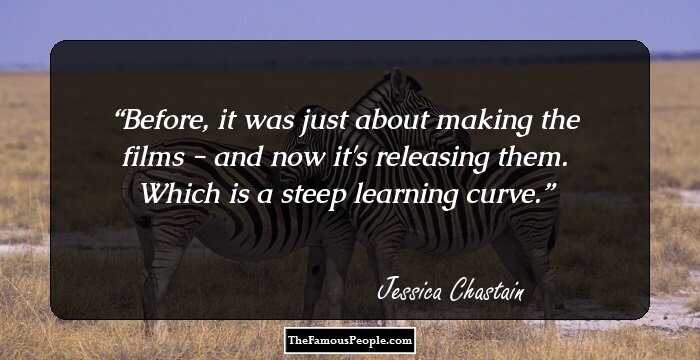 Before, it was just about making the films - and now it's releasing them. Which is a steep learning curve. 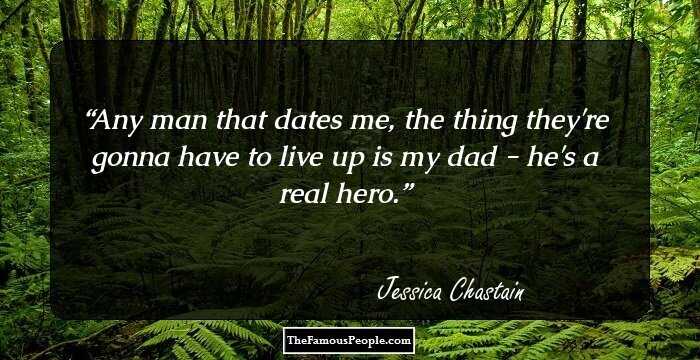 Any man that dates me, the thing they're gonna have to live up is my dad - he's a real hero.

An actress friend of mine shared a great trick. She told me to stick my tongue behind my teeth when I smile to keep from over-smiling. If you smile without doing it, sometimes your gums show a little too much. It's an actor's trick!

Every time an actress is celebrated for her great work, I cheer. For the more brilliant their performance, the more the audience demands stories about women... And as we all know: a great year for women in film, is just a great year for film.

For me, I'm not in an industry where I'm starving. I'm so lucky to have this job, I'm compensated for my work in an incredible way. But what I do ask is when I join a production I want to make sure that the male actor isn't making four times my salary, which has been true, or seven times my salary. And if that's true you go, you know what, I don't need this job. It's not really asking for more - it's asking for something that is respectable and equal to the male actor and you have to go, why are women being valued less?

I am the first one in my family to go to college and I felt a great responsibility when I was at school, because my family was making so many sacrifices for me to be there. I was raised by a single mother, my grandmother got on the plane and helped me move to New York and moved me into the dorm. It was just a big moment, and, yes, it was my dream to be an actress, but also I didn't want to let them down.

I didn't understand how much senators and members of the House are not able to represent the people because they're too busy fundraising to maintain their seat in office. I hope we as a country start looking at how we can change that.

I don't want to be in my car all day. I love getting up in the morning in Venice and walking my dogs down to the cafÃ© to get my tea, and then perhaps going to a bookstore and sitting and reading, then walking to the beach.

I donât mind if the character is a small character, but I would just like her to have a journey in the film. Sometimes the characters are just there as a prop to further the manâs story. The great directors Iâve talked to, Iâve said listen, I donât mind playing a woman that is a tiny part, but how does the story affect her? What can I play in the end thatâs different from the beginning? Otherwise, it doesnât make sense, because itâs just like being a prop.