Famous As: Actress and Director
Born On: January 5, 1946
Born In: Los Angeles, California, United States
Age: 77 Years
Diane Keaton is a renowned American actress, also known for her writing and photography. She participated actively in acting and singing clubs during her school days, which made her pursue a course in drama after her graduation. During initial days, she worked as a singer which helped her get a role in a Broadway musical called âHairâ. This was followed by her first notable stage show called âPlay It Again, Samâ where her pairing with Woody Allen was appreciated and even got her a âTony Awardâ nomination. This paved way to the big screen where she debuted with âLovers and Other Strangersâ and also had a special appearance in a few TV Series. She further paired with Allen to come up with some of the most successful movies of her career including âSleeperâ, âManhattanâ but the most notable was âAnnie Hallâ. This movie was believed to be inspired by their off-screen romance and she was honored with âAcademy Award for Best Actressâ. This was followed by the âGodfatherâ series where her role was critically acclaimed and it turned out to be one of her most appreciated movies. She continues to fascinate the world with her work, thoughts, movies, writings and acting skills which maintain her reputation as an entertainer. We bring to you a collection of quotations and sayings by Diane Keaton.
Listed In:
Film & Theater Personalities
Actresses 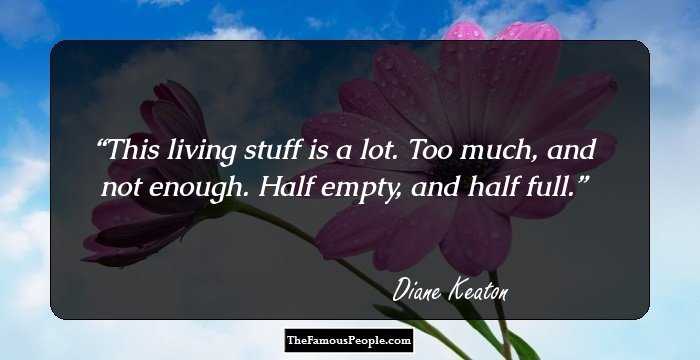 This living stuff is a lot. Too much, and not enough. Half empty, and half full. 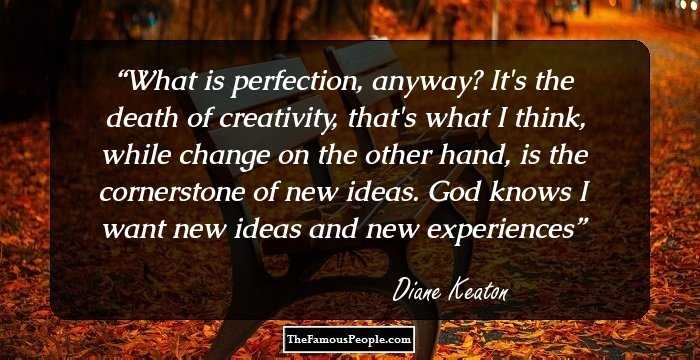 What is perfection, anyway? It's the death of creativity, that's what I think, while change on the other hand, is the cornerstone of new ideas. God knows I want new ideas and new experiences 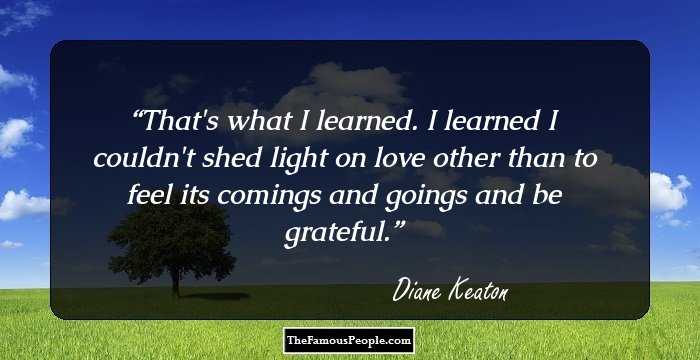 That's what I learned. I learned I couldn't shed light on love other than to feel its comings and goings and be grateful. 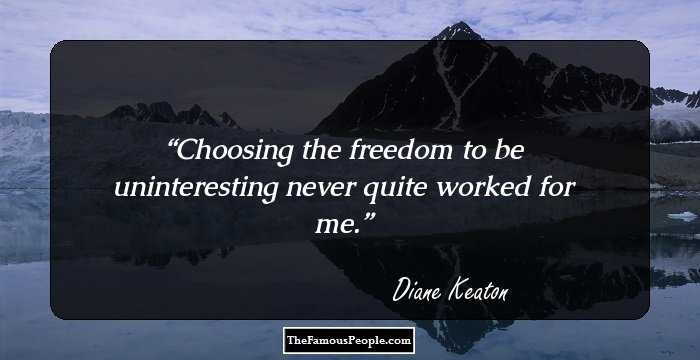 Choosing the freedom to be uninteresting never quite worked for me. 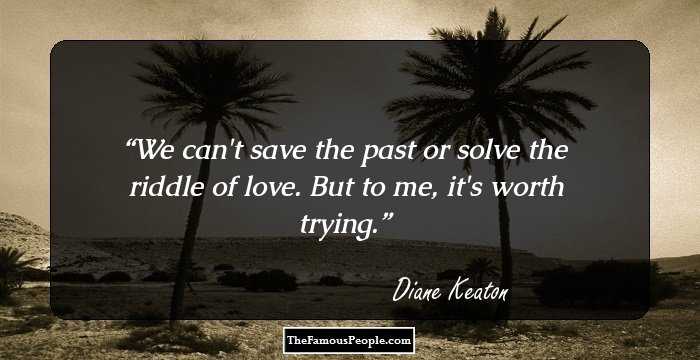 We can't save the past or solve the riddle of love. But to me, it's worth trying.

Me Love Past Trying
Diane Keaton 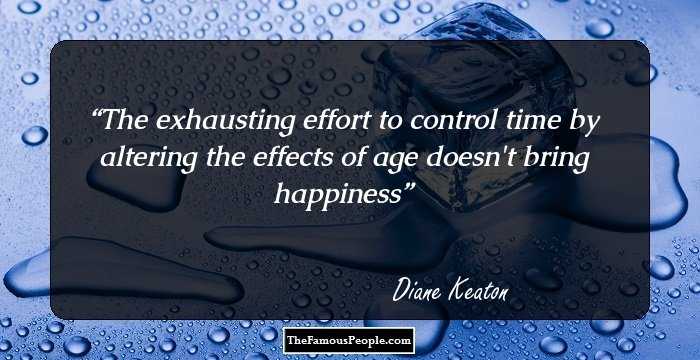 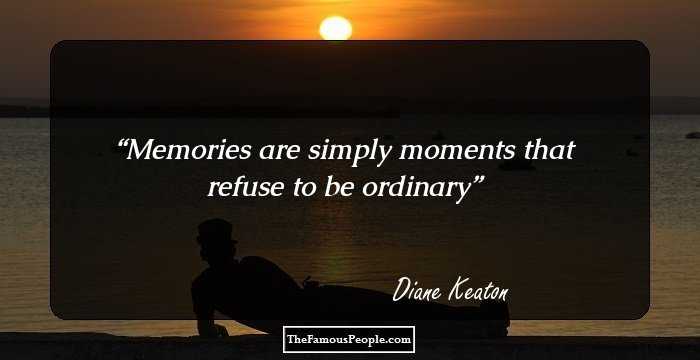 Memories are simply moments that refuse to be ordinary 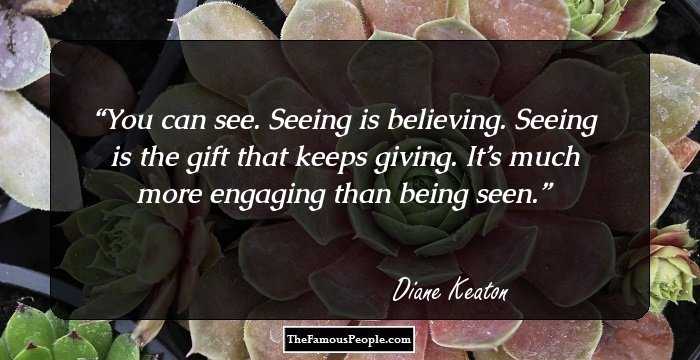 You can see. Seeing is believing. Seeing is the gift that keeps giving. Itâs much more engaging than being seen. 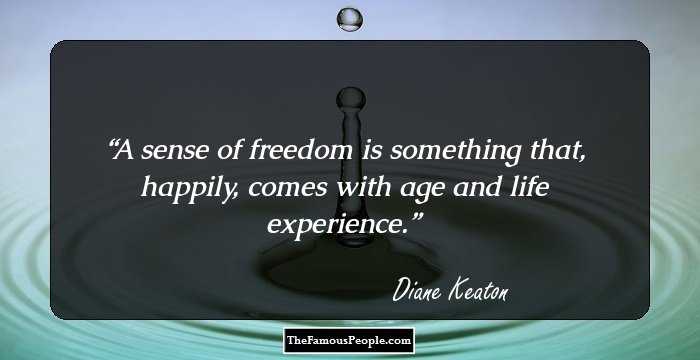 A sense of freedom is something that, happily, comes with age and life experience. 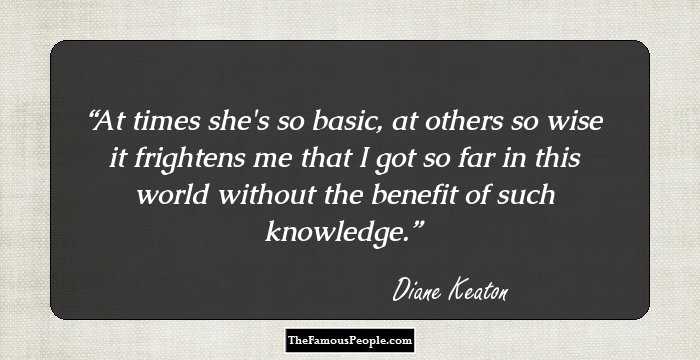 At times she's so basic, at others so wise it frightens me that I got so far in this world without the benefit of such knowledge.

Me I
Diane Keaton 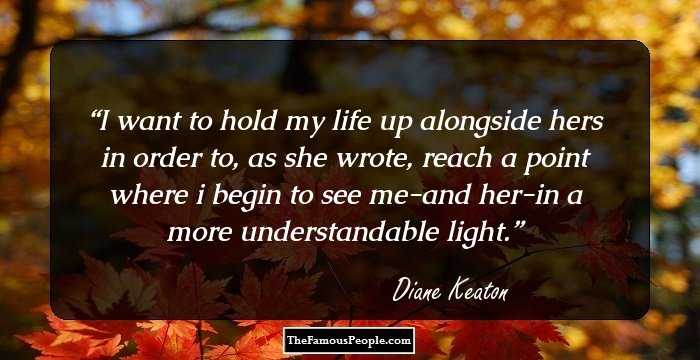 I want to hold my life up alongside hers in order to, as she wrote, reach a point where i begin to see me-and her-in a more understandable light. 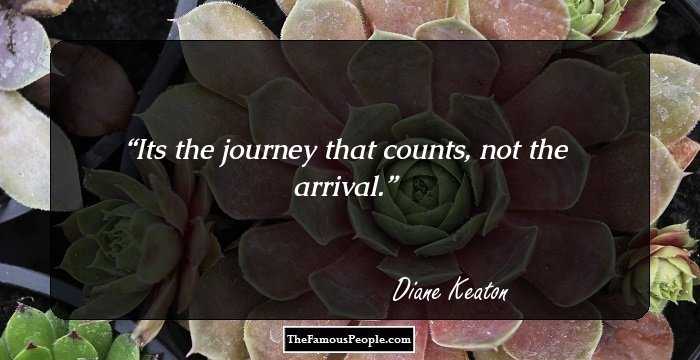 Its the journey that counts, not the arrival. 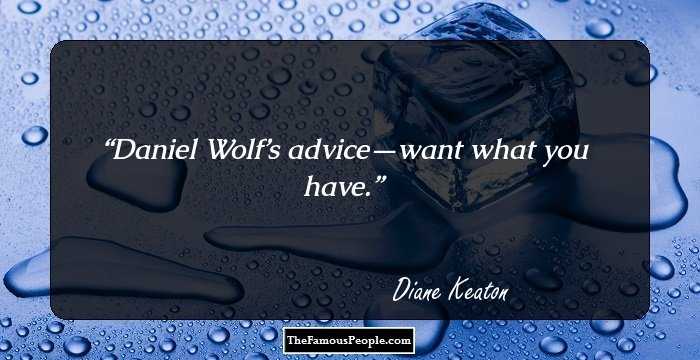