Pete Buttigieg is a prominent American politician. He is also an Afghanistan War veteran. From 2012 to 2020, he served as the âMayor of South Bend, Indiana.â He was also a Democrat nomination candidate in the 2020 United States presidential election. He is also known to be the foremost openly gay person to have launched the presidential campaign of the country. We have curated some famous quotes by Pete Buttigieg on government, security, challenges, health, choices, believe, life, financial, religion, power, hope, expectations, etc., which have been excerpted from his tweets and interviews. 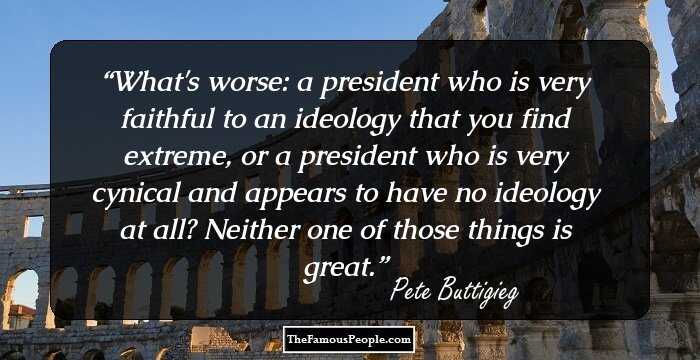 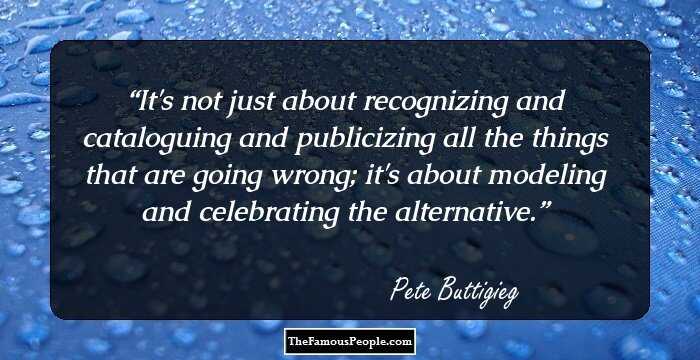 It's not just about recognizing and cataloguing and publicizing all the things that are going wrong; it's about modeling and celebrating the alternative. 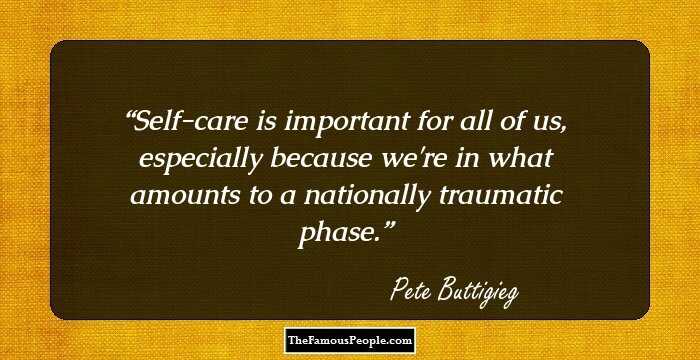 Self-care is important for all of us, especially because we're in what amounts to a nationally traumatic phase.

In really every area of the mayor's life, whether you're trying to fill in holes in the road, trying to keep your community safe, trying to have the robust neighborhood life, or trying to encourage the arts - really at every turn our job has gotten a lot harder under president Trump.

Those of us who work in politics can only make ourselves useful if our heads are filled with things that we can contribute to the political space. JFK had this quote about how if more politicians knew poetry and more poets knew about politics, the world would be a better place. Being attentive to the things that add meaning to our lives alongside politics will help us inform our politics with the values that really do make America great.