Famous As: Former United States Senator
Born On: September 2, 1931
Born In: Denver
Age: 91 Years
Alan Kooi Simpson is an American Republican politician. He was a member of the United States Senate (1979-97) from Wyoming. He served various important committess, including the National Commission on Fiscal Responsibility and Reform. After serving in the Senate for three terms, he did not seek re-election in 1996. After leaving office, he has practiced law and lectured at various universities. Apart from that, he also served on the Continuity of Government Commission, the Iraq Study Group, and the American Battle Monuments Commission. In 2010, he was appointed him to co-chair the National Commission on Fiscal Responsibility and Reform. He has been vocal about various causes and issues close to his heart. We have curated some of his famous quotes and sayings that echo his mind!
Listed In:
Leaders 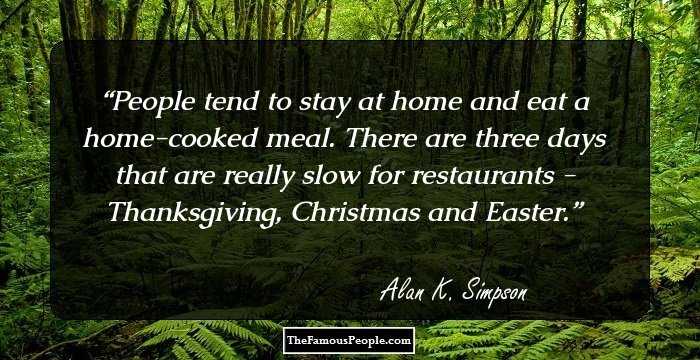 People tend to stay at home and eat a home-cooked meal. There are three days that are really slow for restaurants - Thanksgiving, Christmas and Easter. 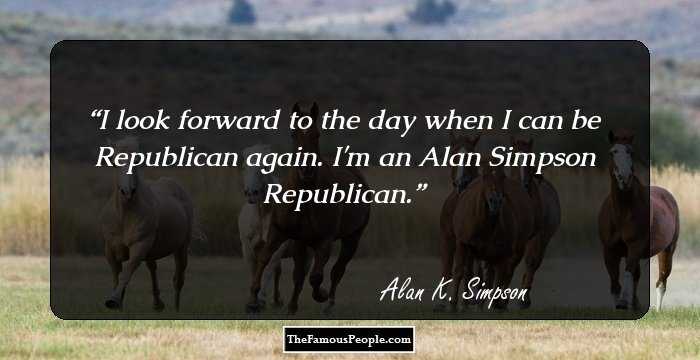 I look forward to the day when I can be Republican again. I'm an Alan Simpson Republican. 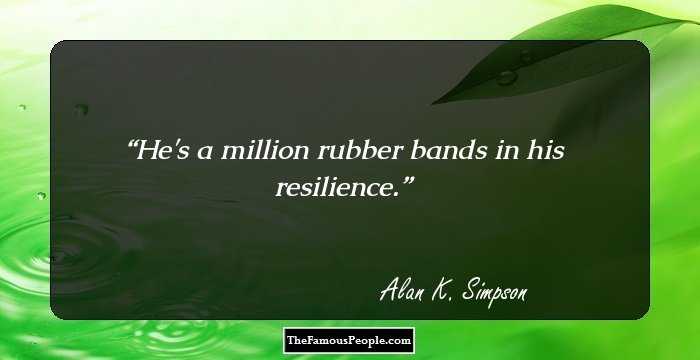 He's a million rubber bands in his resilience. 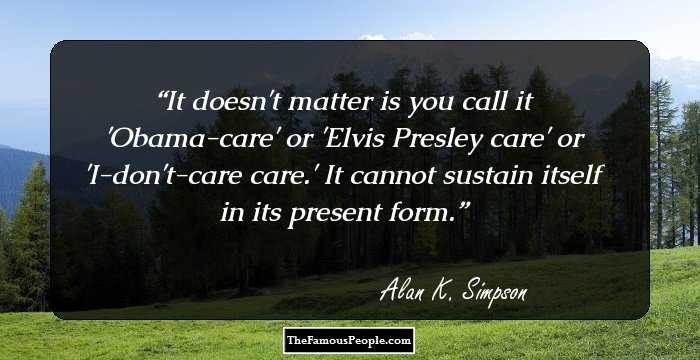 It doesn't matter is you call it 'Obama-care' or 'Elvis Presley care' or 'I-don't-care care.' It cannot sustain itself in its present form. 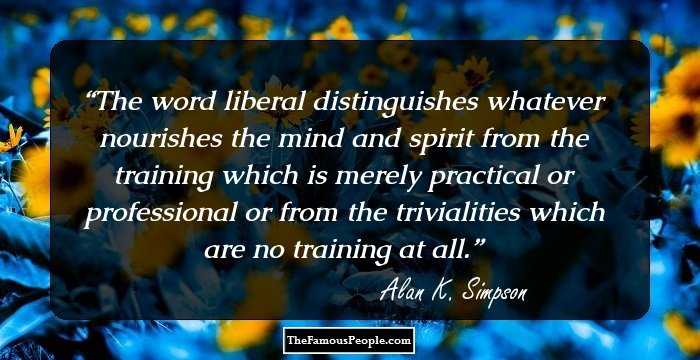 The word liberal distinguishes whatever nourishes the mind and spirit from the training which is merely practical or professional or from the trivialities which are no training at all. 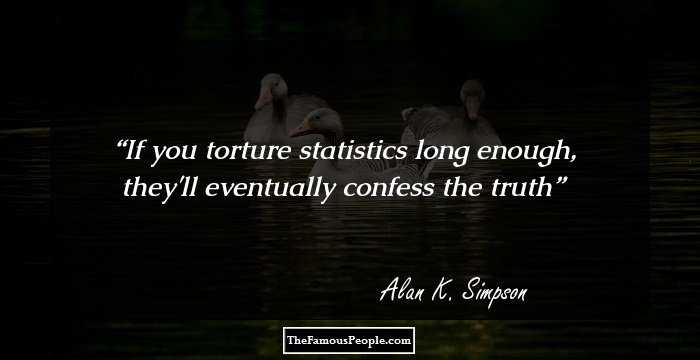 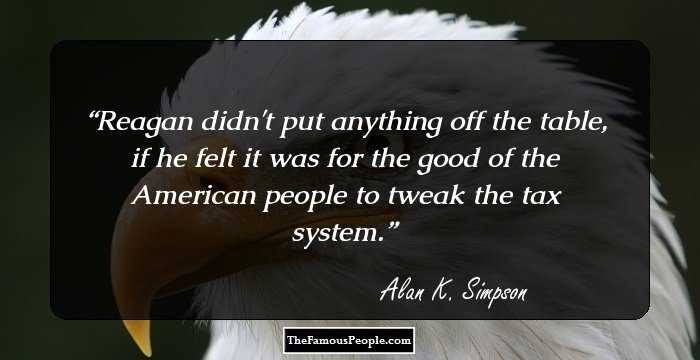 Reagan didn't put anything off the table, if he felt it was for the good of the American people to tweak the tax system. 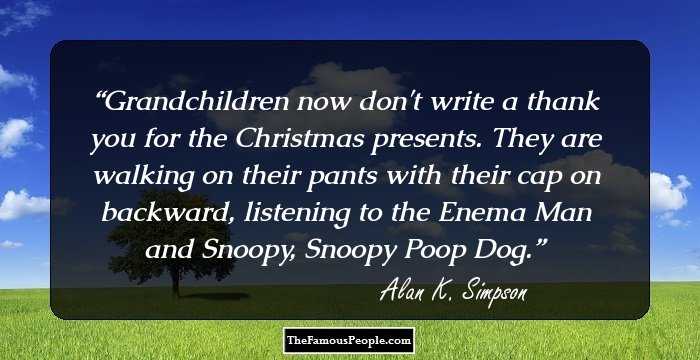 Grandchildren now don't write a thank you for the Christmas presents. They are walking on their pants with their cap on backward, listening to the Enema Man and Snoopy, Snoopy Poop Dog. 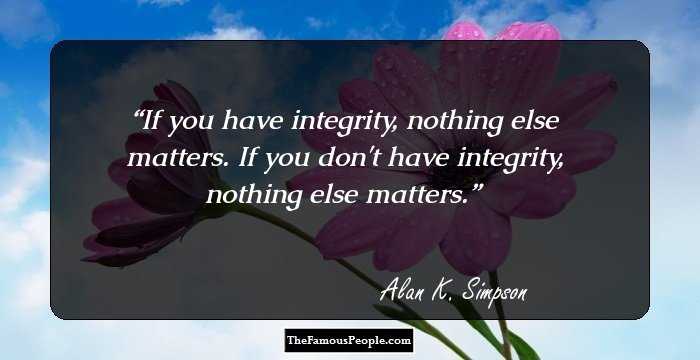 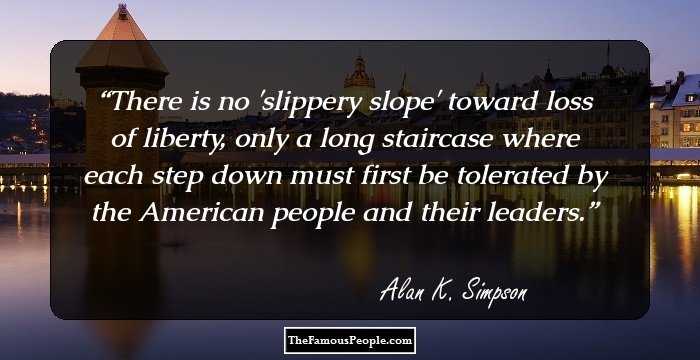 There is no 'slippery slope' toward loss of liberty, only a long staircase where each step down must first be tolerated by the American people and their leaders. 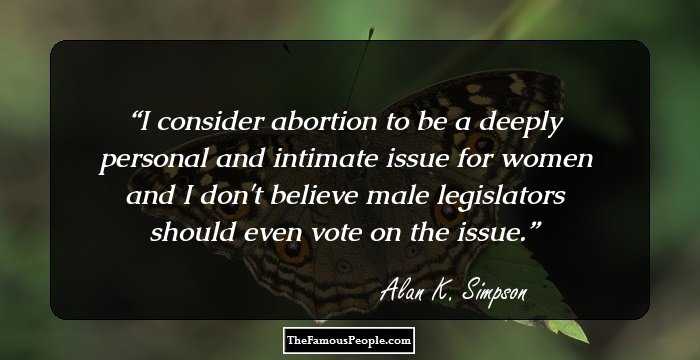 I consider abortion to be a deeply personal and intimate issue for women and I don't believe male legislators should even vote on the issue. 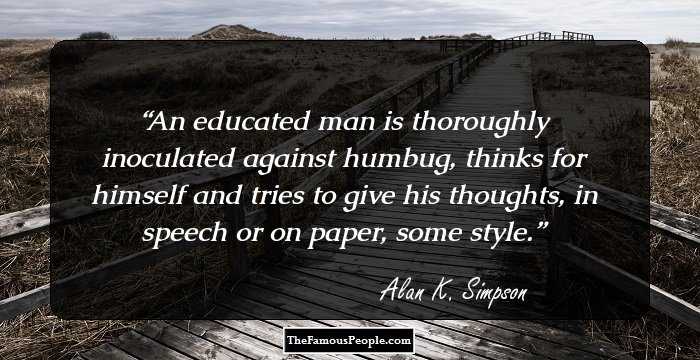 An educated man is thoroughly inoculated against humbug, thinks for himself and tries to give his thoughts, in speech or on paper, some style. 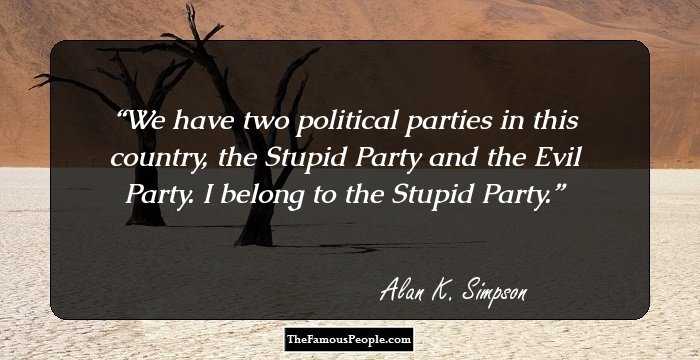 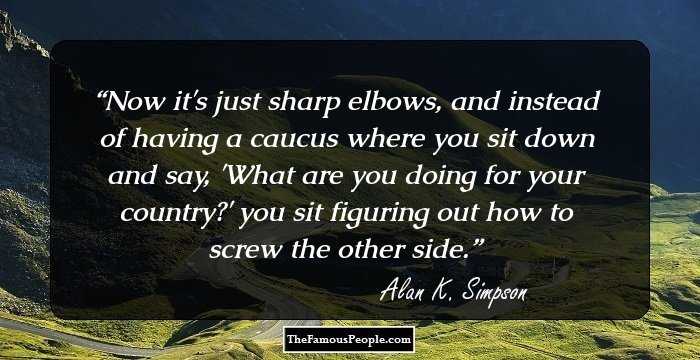 Now it's just sharp elbows, and instead of having a caucus where you sit down and say, 'What are you doing for your country?' you sit figuring out how to screw the other side. 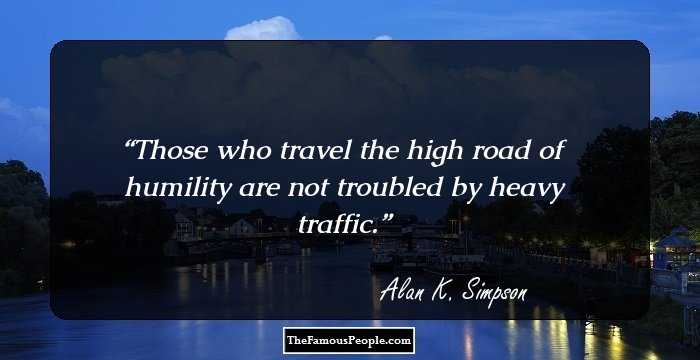 Those who travel the high road of humility are not troubled by heavy traffic. 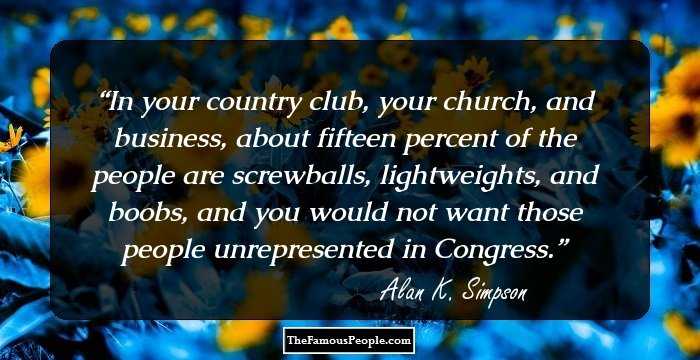 In your country club, your church, and business, about fifteen percent of the people are screwballs, lightweights, and boobs, and you would not want those people unrepresented in Congress. 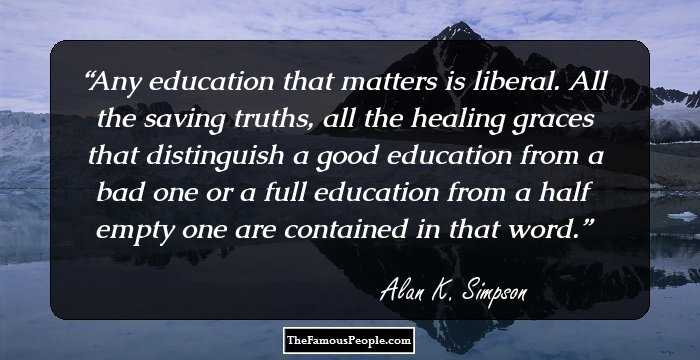 A society like ours, which professes no one religion and has allowed all religions to decay, which indulges freedom to the point of license and individualism to the point of anarchy, needs all the support that responsible, cultivated homes can furnish. I hope your generation will provide a firmer shelter for civilized standards.

So let us take our fair share of the true refugees and act responsible as a government in providing for their necessary expenses. Let us stop skewing the whole process by taking some folks who are not truly refugees in order simply to meet our foreign policy needs or domestic policy demands. There has to be a better way to meet those needs and demands than we are doing now. I think it is embarrassing to all of us who truly know the mission of the Refugee Act.

Every time one of us starts talking about more effective immigration controls, somebody else throws up the Statue of Liberty, how we're a nation of immigrants and all of that. The debate takes on tinges of racism, emotion.

Nonetheless, GAO's conclusion that employer sanctions had somehow caused employment discrimination was contradicted by GAO's own Chief of Methodology, who criticized the GAO report. ...here is what she said, 'I believe the truth is that we have no strong causal link between IRCA and discrimination, and in [my] view it is just as likely that the discrimination we found has always been there, or that it is spurious, as that IRCA has caused it.'