Tammy Duckworth is a celebrated American former army lieutenant colonel and politician. Since 2017, she contributed as the junior U.S Senator for Illinois. From 2013 to 2017, she represented Illinoisâs 8th district in the âU.S House of Representatives.â Prior to the elections, she was the Director of the âIllinois Department of Veterans Affairs.â We bring to you a collection of quotes and sayings by Tammy Duckworth, which have been extracted from her works, interviews, public utterances, speeches, tweets, thoughts and life. Read through the compilation of insightful and motivating quotes and thought by Tammy Duckworth on jobs, opportunity, believe, war, love, army, world, disabilities, soldiers, history, immigrants, hard-work, community, challenges, life and more. 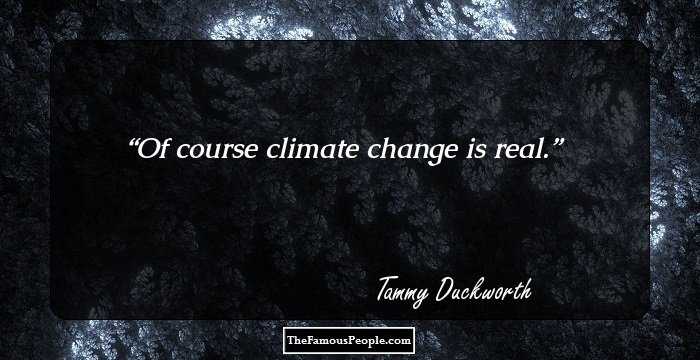 Of course climate change is real. 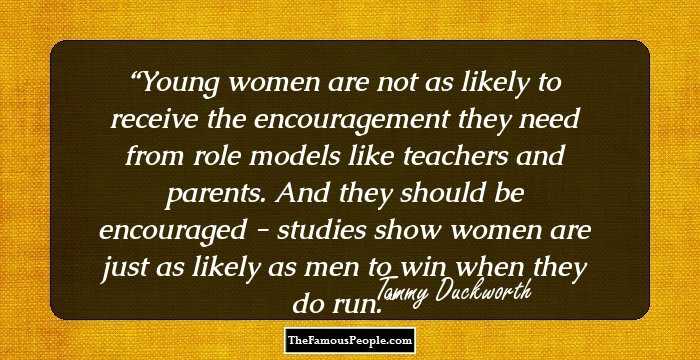 Young women are not as likely to receive the encouragement they need from role models like teachers and parents. And they should be encouraged - studies show women are just as likely as men to win when they do run. 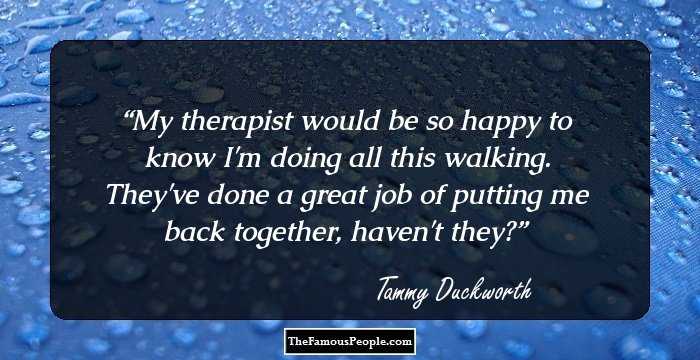 My therapist would be so happy to know I'm doing all this walking. They've done a great job of putting me back together, haven't they? 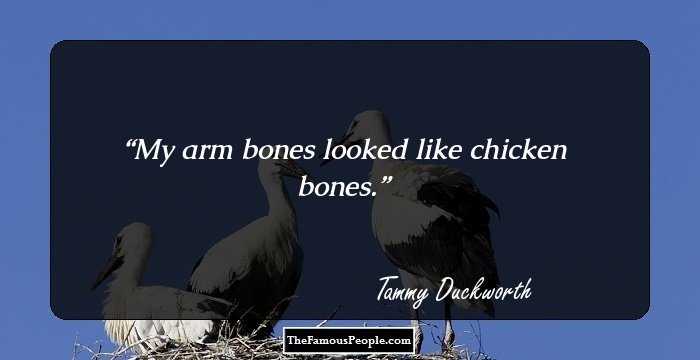 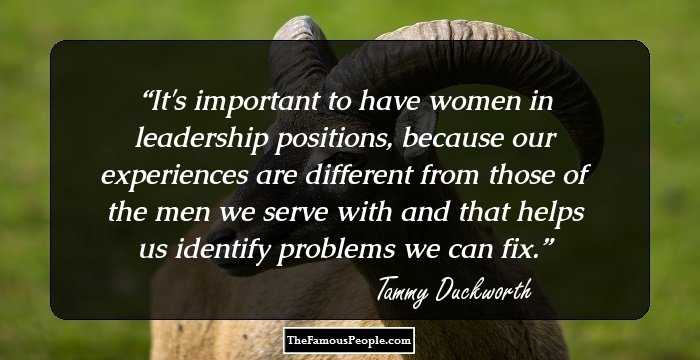 It's important to have women in leadership positions, because our experiences are different from those of the men we serve with and that helps us identify problems we can fix. 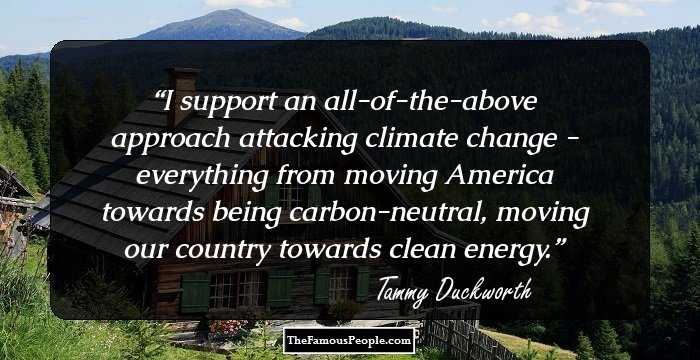 I support an all-of-the-above approach attacking climate change - everything from moving America towards being carbon-neutral, moving our country towards clean energy.

My job now is to not give up, to continue advocating and fighting for the issues Secretary Clinton ran her campaign on. I have to do that to show young girls in this country that they truly can grow up to be whatever they want to be - they need to know that they can grow up to be president.

On average, women need to be asked to run seven times before they actually do. While men, who are more likely to run, usually decide to do so on their own. We should be asking more women we know to run for offices across the spectrum - at the local, state, and federal levels.