Famous As: The 22nd and 24th President of the United States
Born On: March 18, 1837
Died On: June 24, 1908
Born In: Caldwell, New Jersey, United States
Founder / Co Founder: Interstate Commerce Commission
Died At Age: 71
The 22nd and the 24th President of the U.S, Grover Cleveland, is known to be the only President to have served two non-consecutive terms. He started working with his brother and went on to work as a clerk while being a part-time law student. This helped him pass the bar exam after which he worked for a law firm for a few years before switching to private practice. He gained huge popularity as a lawyer which subsequently got him into politics and he was eventually elected as the âMayor of Buffaloâ. His fight against corruption helped him become the Governor of New York and eventually the â22nd U.S Presidentâ. During this term he implemented some major reforms like âInterstate Commerce Actâ and âDawes General Allotment Actâ while taking hard measures to fight against corruption. This enhanced his reputation as a leader but lost the next elections due to mismanagement of campaigns. The next President, Benjamin Harrison, proved to be a failure and he was replaced by Cleveland in the next elections. This term witnessed various major issues like Paullman Strike but the most dreaded was the acute Economic Depression. Following is a compilation of quotations and sayings by the great politician which have been excerpted from his speeches, writings, work, life and thoughts. Go through this collection of quotes by Grover Cleveland which reflects his immense wisdom about life.
Listed In:
Leaders 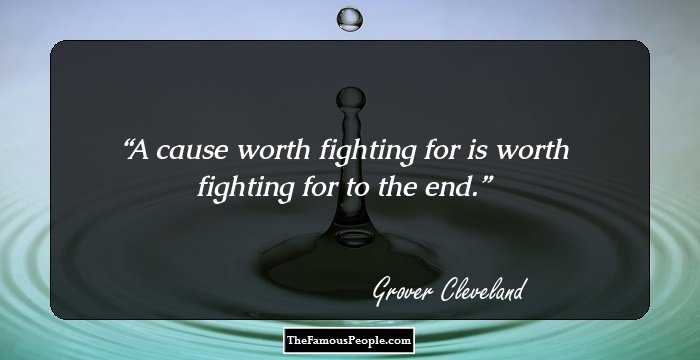 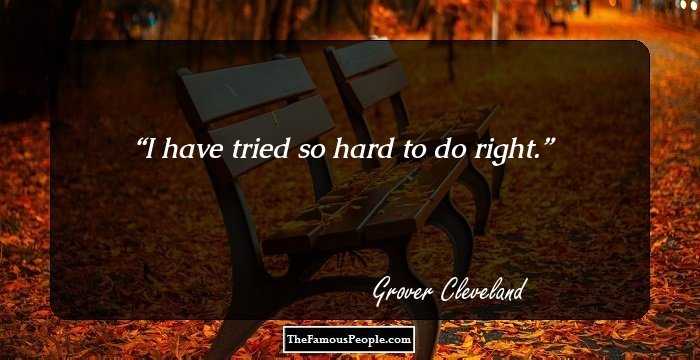 I have tried so hard to do right. 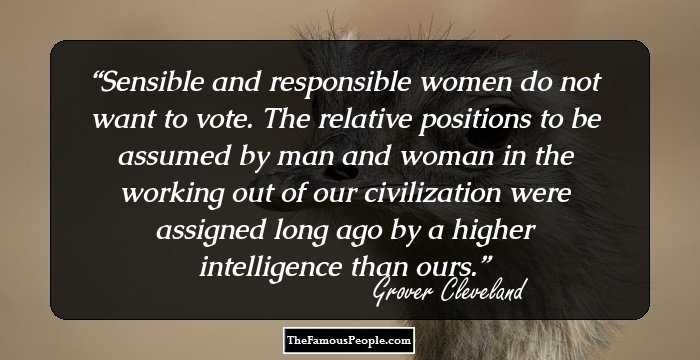 Sensible and responsible women do not want to vote. The relative positions to be assumed by man and woman in the working out of our civilization were assigned long ago by a higher intelligence than ours. 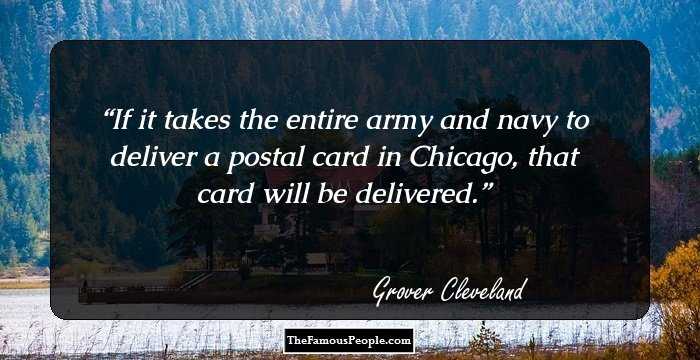 If it takes the entire army and navy to deliver a postal card in Chicago, that card will be delivered. 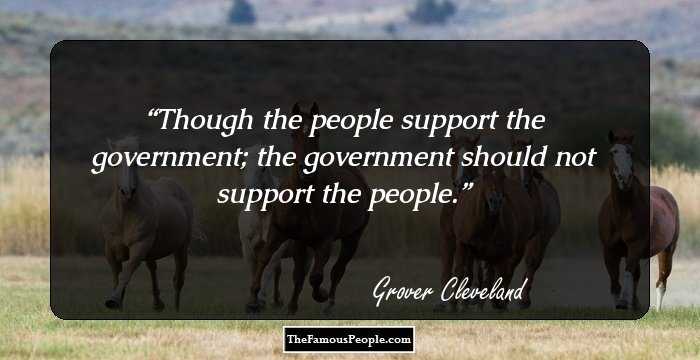 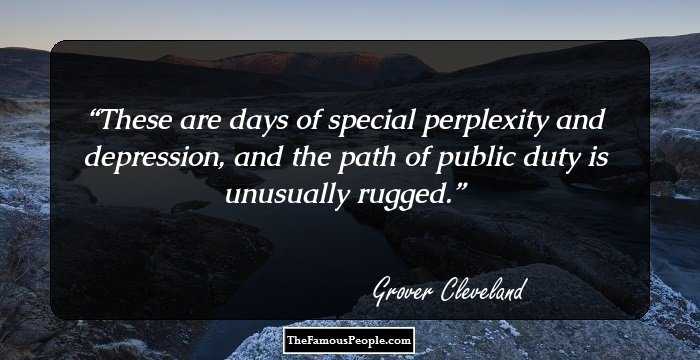 These are days of special perplexity and depression, and the path of public duty is unusually rugged. 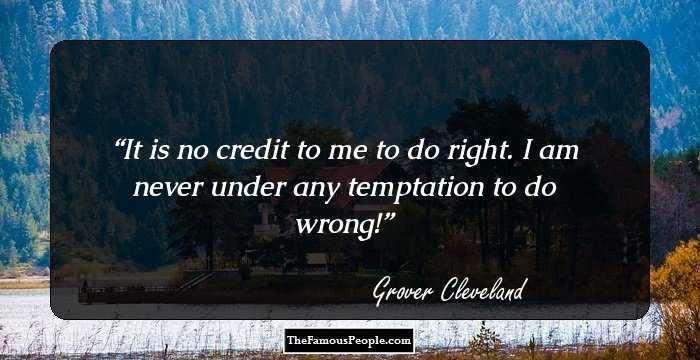 It is no credit to me to do right. I am never under any temptation to do wrong!

Me Never I
Grover Cleveland 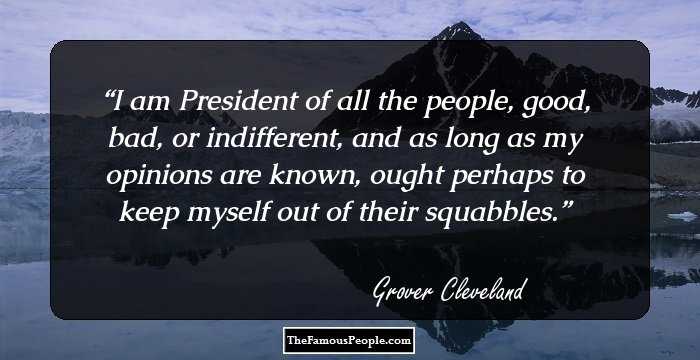 I am President of all the people, good, bad, or indifferent, and as long as my opinions are known, ought perhaps to keep myself out of their squabbles. 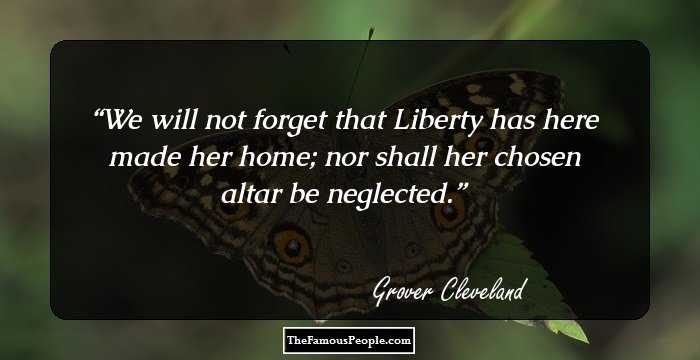 We will not forget that Liberty has here made her home; nor shall her chosen altar be neglected.