Famous As: Actor and Director Known for His Role as âRitchie Valensâ in the Biopic âLa Bambaâ
Born On: February 17, 1962
Born In: U.S. Naval Base Subic Bay, Philippines
Age: 60 Years

Lou Diamond Phillips is a well-known American actor and film director. He gained prominence for his performance in âLa Bamba.â He won an âIndependent Spirit Awardâ and bagged in a âGolden Globeâ nomination for his role in âAcademy Awardâ nominated film âStand and Deliver.â âThe King and Iâ marked his Broadway debut, for which he also earned a âTony Awardâ nomination. Some of his other noteworthy film credits include âCourage Under Fire,â âChe,â âYoung Guns,â âThe Big Hit,â âThe 33,â âYoung Guns 2,â and âBrokedown Palace.â Zoom through the compilation of famous quotes by Lou Diamond Phillips on actors, enthusiasm, pain, rehabilitation, love, passion, class, acting, people, ideas, business, hope, women, respect, will, life, time, world, diversity and more. 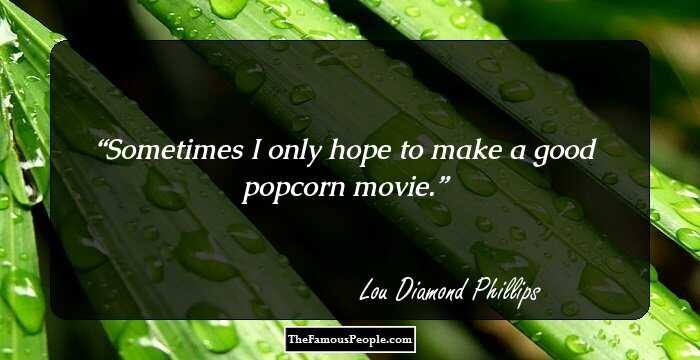 Sometimes I only hope to make a good popcorn movie. 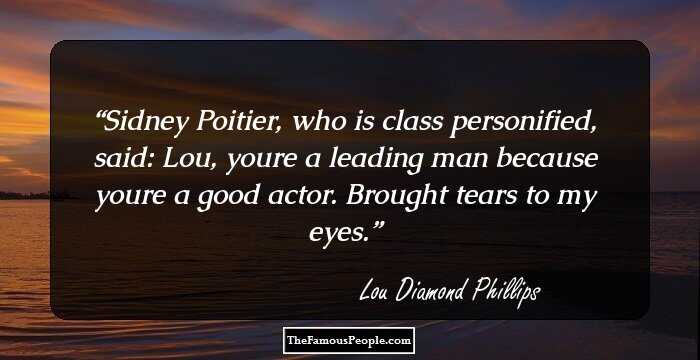 Sidney Poitier, who is class personified, said: Lou, youre a leading man because youre a good actor. Brought tears to my eyes. 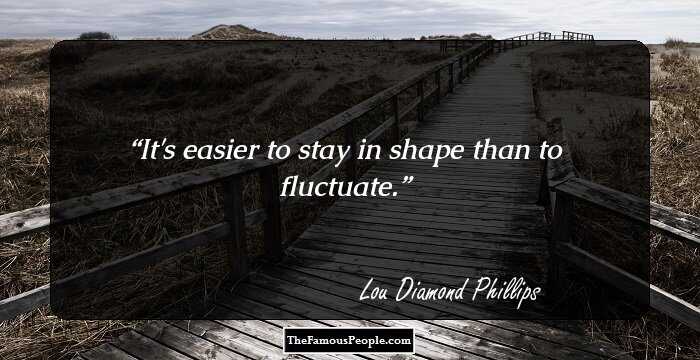 It's easier to stay in shape than to fluctuate. 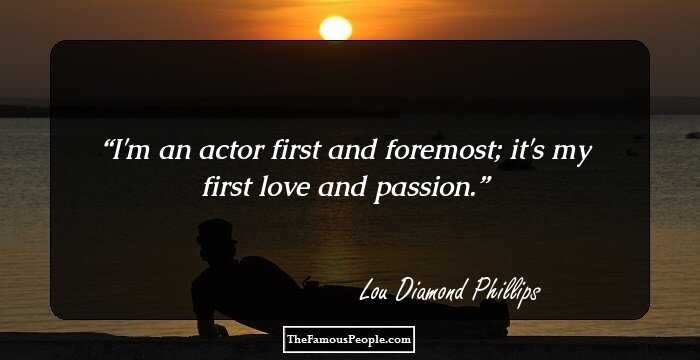 I'm an actor first and foremost; it's my first love and passion. 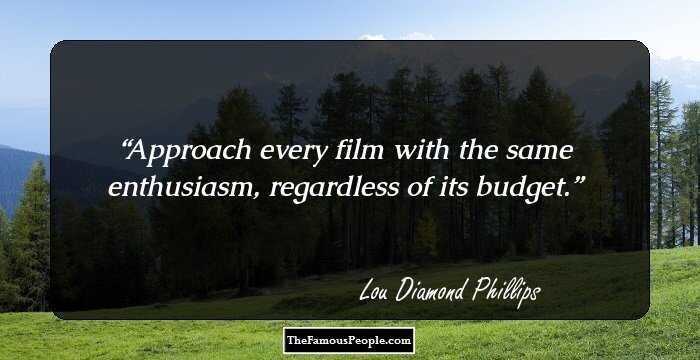 Approach every film with the same enthusiasm, regardless of its budget. 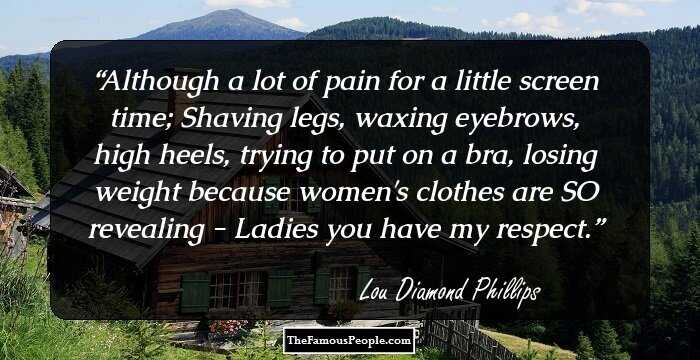 Although a lot of pain for a little screen time; Shaving legs, waxing eyebrows, high heels, trying to put on a bra, losing weight because women's clothes are SO revealing - Ladies you have my respect.

Hollywood will put you in a box, so to speak. Some people will have seen you in 'La Bamba' or another dramatic film and think, 'Okay, that's what Lou does.' But they don't really have an idea of the range or diversity that I can bring to a project.