Jared Leto is an American actor and singer, best known for playing âThe Jokerâ in 2016 super-villain film âSuicide Squad.â He started his acting career in the early 90s and made his film debut in âHow to Make an American Quiltâ in 1995. He delivered an Academy-Award winning performance in âDallas Buyers Clubâ (2013), in which he played a transgendered woman. His other popular films include âFight Clubâ (1999), âUrban Legendâ (1998), âPanic Roomâ (2002), âLonely Heartsâ (2006) and âBlade Runner 2049â (2017). He is also the lead vocalist for âThirty Seconds to Mars.â Leto is a vegan philanthropist and supports animal rights. We have curated some of his best quotes on career, life, love, dreams, self-doubt, and music that depict his unconventional thought process.

Teens are always shown as one dimensional. They're stereotyped. When I was in high school, I cared about more than getting a date or making the team.

I take computers practically apart and put them back together. I have a supercomputer I built over the years out of different computers.

It's nice if people ask to use your song. You have to make a decision as an artist how you feel about that. 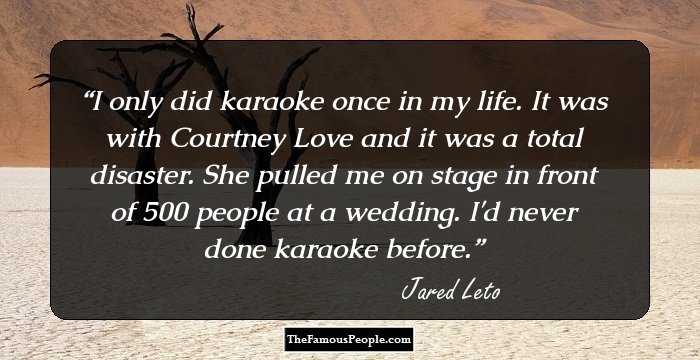 I only did karaoke once in my life. It was with Courtney Love and it was a total disaster. She pulled me on stage in front of 500 people at a wedding. I'd never done karaoke before. 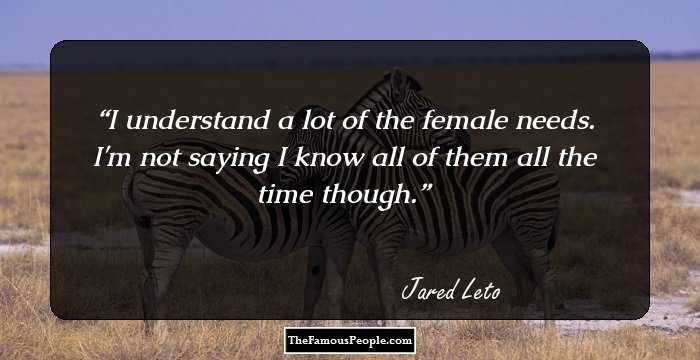 I understand a lot of the female needs. I'm not saying I know all of them all the time though. 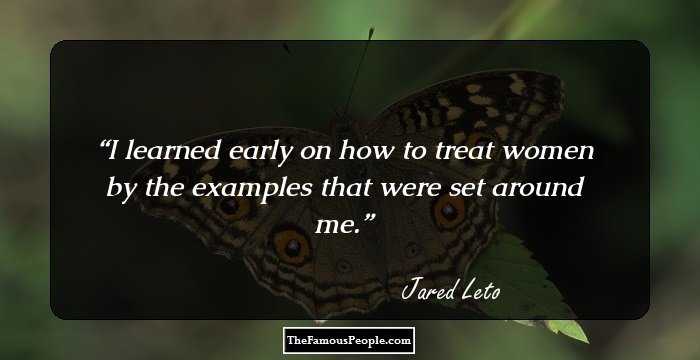 I learned early on how to treat women by the examples that were set around me. 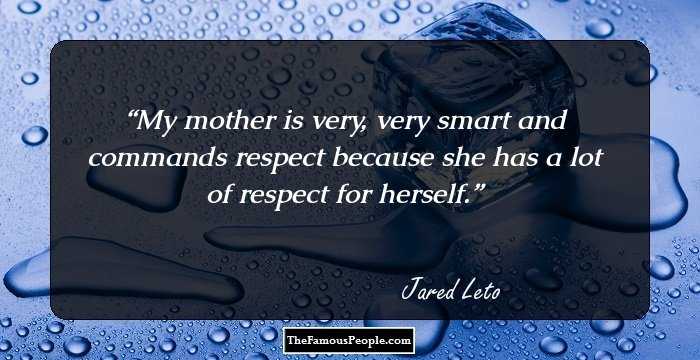 My mother is very, very smart and commands respect because she has a lot of respect for herself. 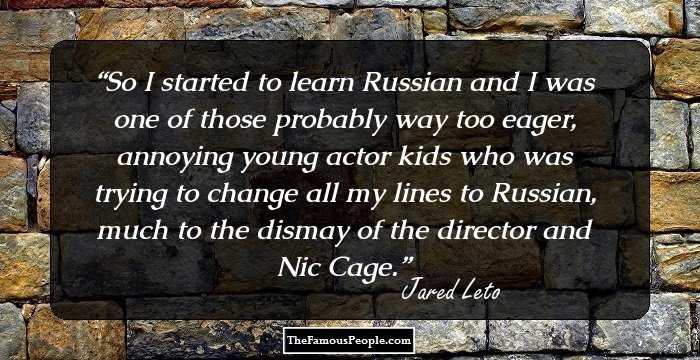 So I started to learn Russian and I was one of those probably way too eager, annoying young actor kids who was trying to change all my lines to Russian, much to the dismay of the director and Nic Cage. 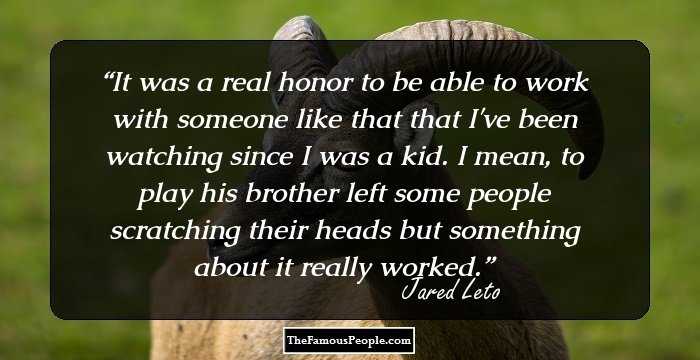 It was a real honor to be able to work with someone like that that I've been watching since I was a kid. I mean, to play his brother left some people scratching their heads but something about it really worked. 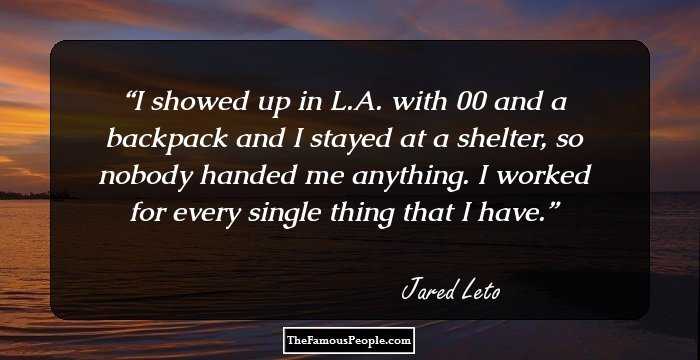 I showed up in L.A. with $500 and a backpack and I stayed at a shelter, so nobody handed me anything. I worked for every single thing that I have. 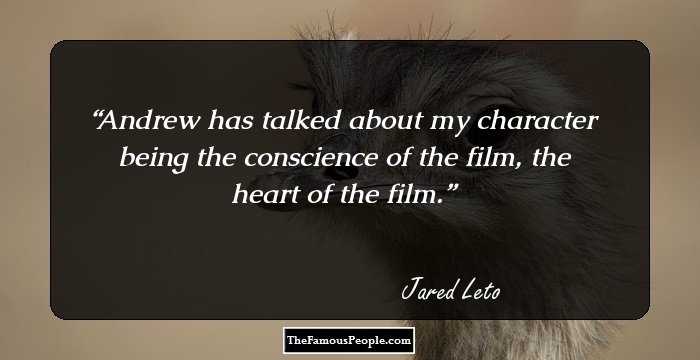 Andrew has talked about my character being the conscience of the film, the heart of the film. 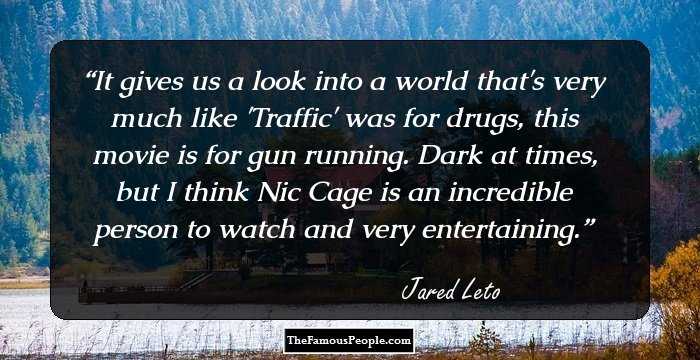 It gives us a look into a world that's very much like 'Traffic' was for drugs, this movie is for gun running. Dark at times, but I think Nic Cage is an incredible person to watch and very entertaining. 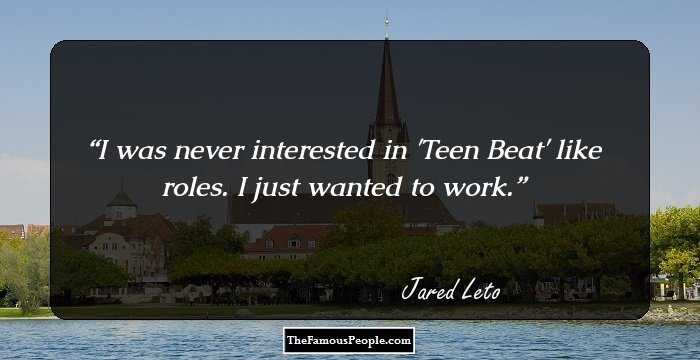 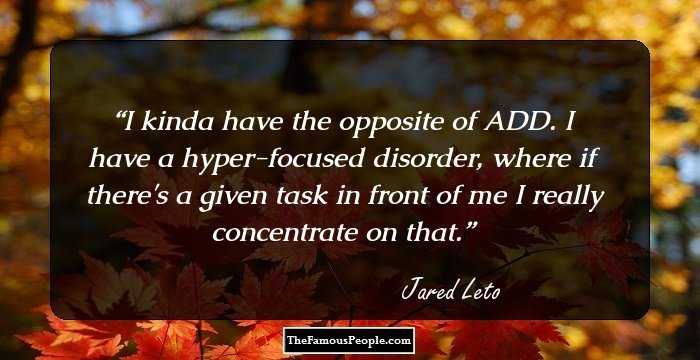 I kinda have the opposite of ADD. I have a hyper-focused disorder, where if there's a given task in front of me I really concentrate on that. 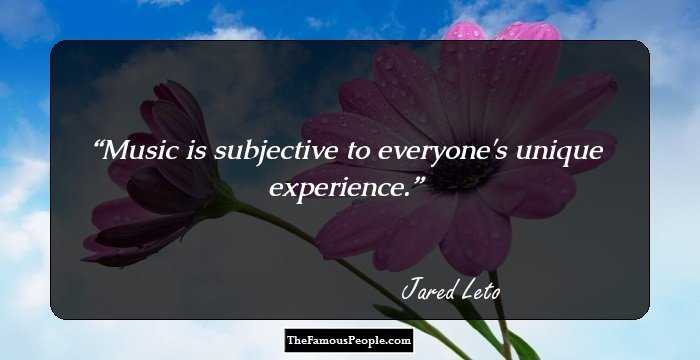 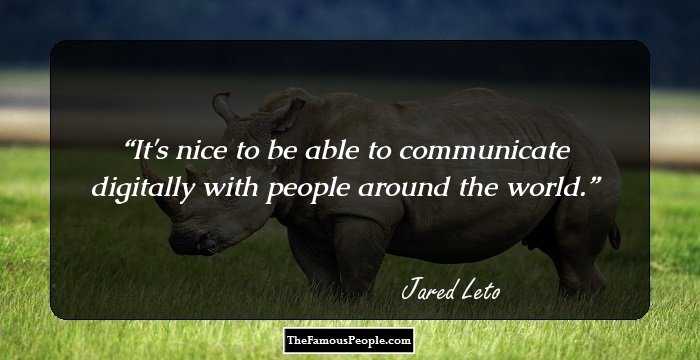 It's nice to be able to communicate digitally with people around the world. 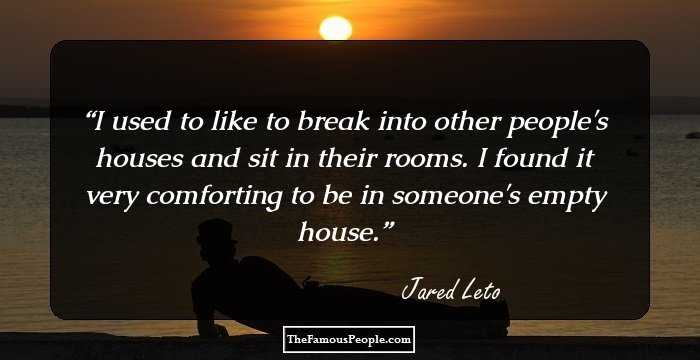 I used to like to break into other people's houses and sit in their rooms. I found it very comforting to be in someone's empty house. 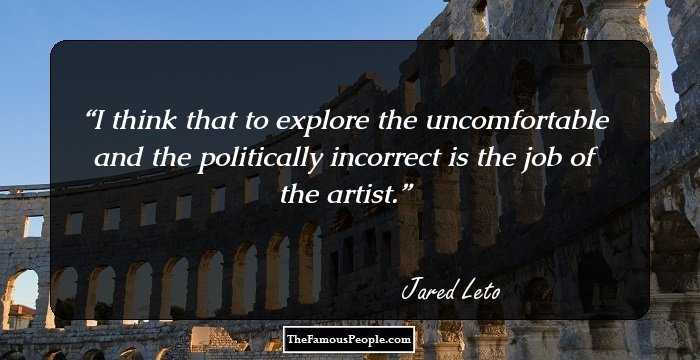 I think that to explore the uncomfortable and the politically incorrect is the job of the artist. 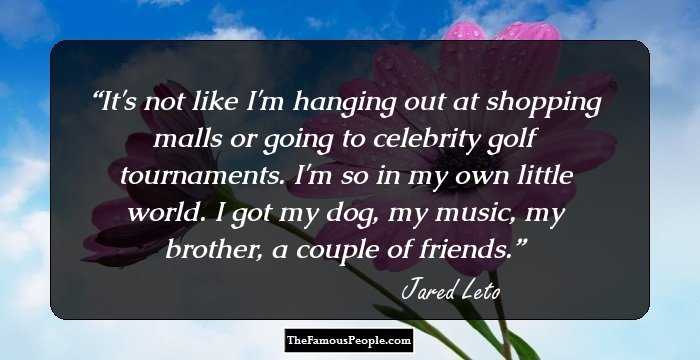 It's not like I'm hanging out at shopping malls or going to celebrity golf tournaments. I'm so in my own little world. I got my dog, my music, my brother, a couple of friends. 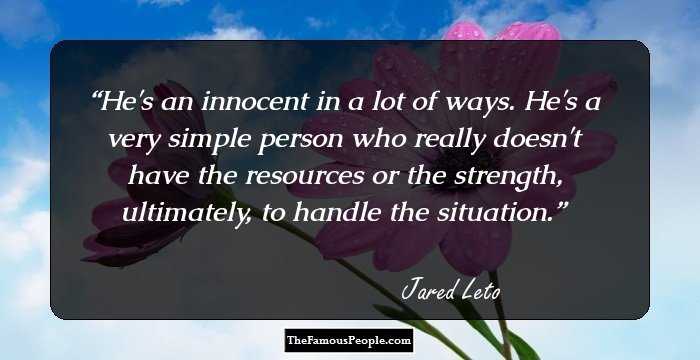 He's an innocent in a lot of ways. He's a very simple person who really doesn't have the resources or the strength, ultimately, to handle the situation. 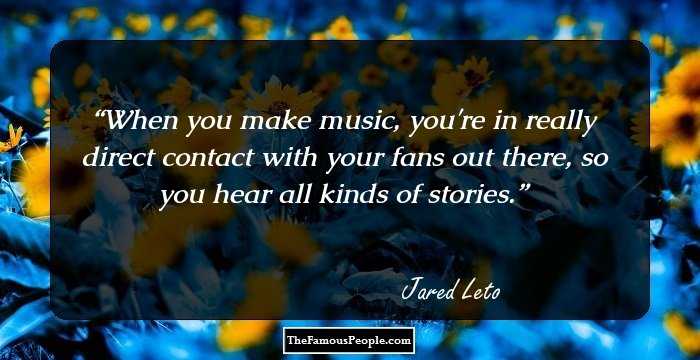 When you make music, you're in really direct contact with your fans out there, so you hear all kinds of stories.

I was raised around a lot of artists, musicians, photographers, painters and people that were in theater. Just having the art-communal hippie experience as a child, there wasn't a clear line that was drawn. We celebrated creative experience and creative expression. We didn't try and curtail it and stunt any of that kind of growth.

I've always liked Saturn. But I also have some sympathy for Pluto because I heard it's been downgraded from a planet, and I think it should remain a planet. Once you've given something planetary status it's kind of mean to take it away.

A very common thing these days is people show up and they ask us in the band to sign with a Sharpie right on their skin and they go get it tattooed the next day. Then they'll show up at another show and they'll have their tattoo.

I think I remember from the offset I said, 'I've visited this territory. This isn't for me.' And then I read the script and I said, 'You know, this is completely something different. This is a whole new life.'

You Life Me Think
Jared Leto