Ed Wood Jr. was an American filmmaker and actor, known for directing horror films. After serving in the army for a few years, ED began working in the film industry. He moved to California in 1947, and started writing scripts and directing commercials as well as low-budget films. He directed more than 30 films in his career, including âGlen or Glendaâ (1953), âBride of the Monsterâ (1959), âTake It Out in Tradeâ (1970), âTwo Hot to Handleâ (1973), and âNight of the Ghoulsâ (1984). He made his acting debut in âGlen or Glenda.â He also appeared in a few films, such as âOperation Redlightâ (1969), âTake It Out in Tradeâ (1970), âThe Cocktail Hostessesâ (1973), âFive Loose Womenâ (1974), and âNight of the Ghoulsâ (1984), most of which were box-office failures. Around the 60s, he moved towards pornographic films and wrote scripts for the same.Â  Tim Burton also made âEd Woodâ (1994), which won two âAcademy Awards.â We have curated some of Ed Woodâs quotes on drama, trying, taste, perfection, vision, movies, etc. 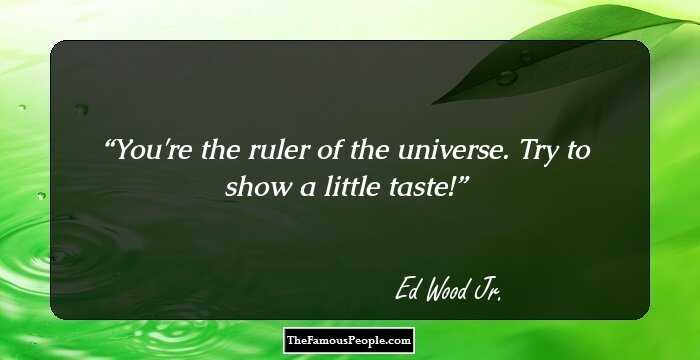 You're the ruler of the universe. Try to show a little taste! 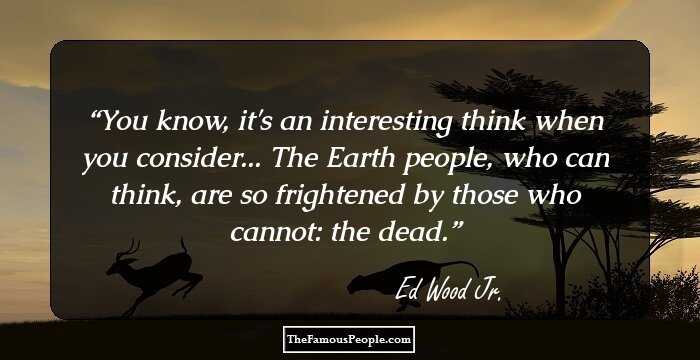 You know, it's an interesting think when you consider... The Earth people, who can think, are so frightened by those who cannot: the dead. 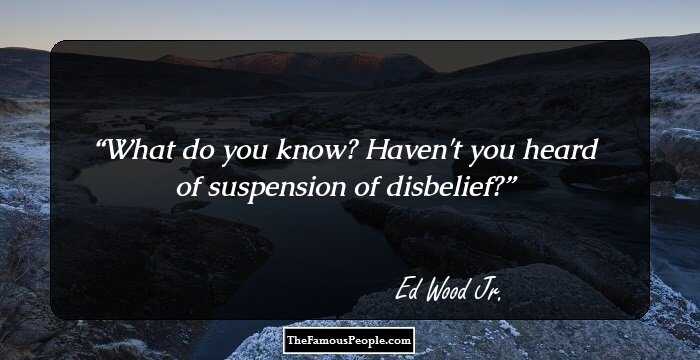 What do you know? Haven't you heard of suspension of disbelief? 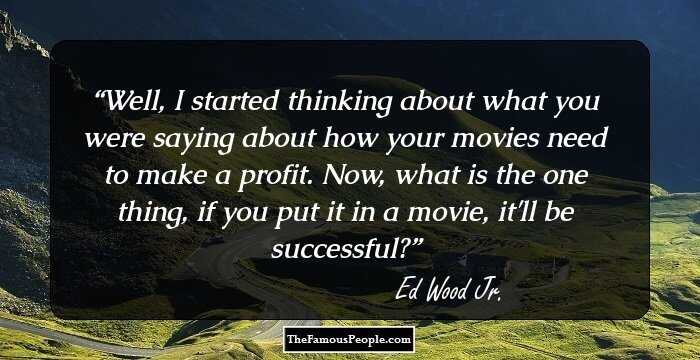 Well, I started thinking about what you were saying about how your movies need to make a profit. Now, what is the one thing, if you put it in a movie, it'll be successful? 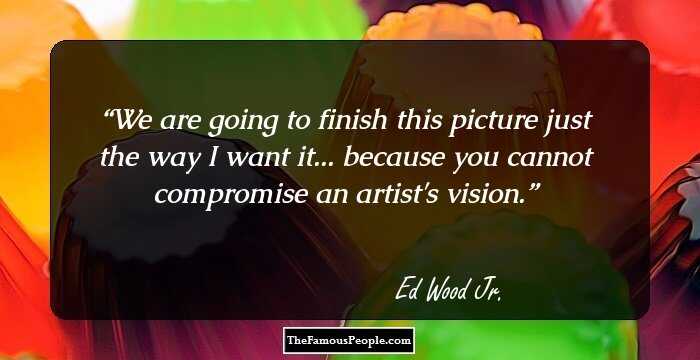 We are going to finish this picture just the way I want it... because you cannot compromise an artist's vision. 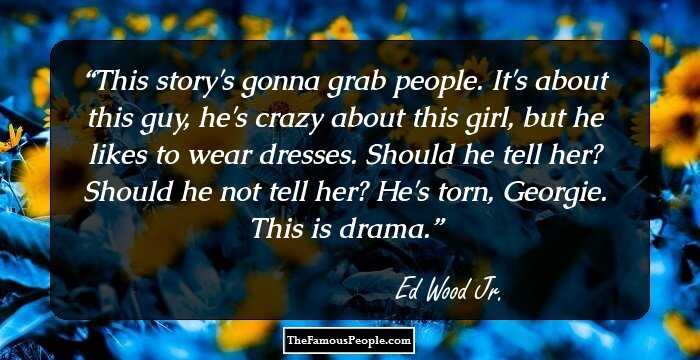 This story's gonna grab people. It's about this guy, he's crazy about this girl, but he likes to wear dresses. Should he tell her? Should he not tell her? He's torn, Georgie. This is drama. 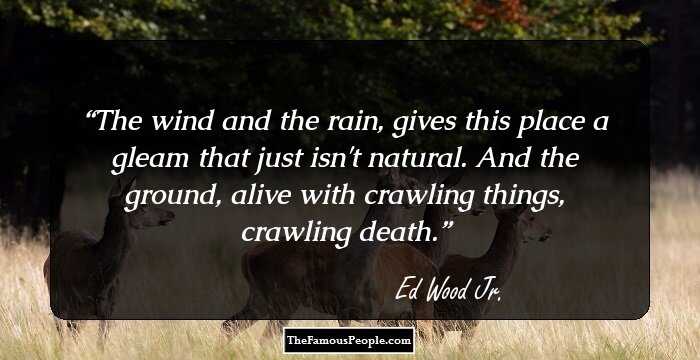 The wind and the rain, gives this place a gleam that just isn't natural. And the ground, alive with crawling things, crawling death. 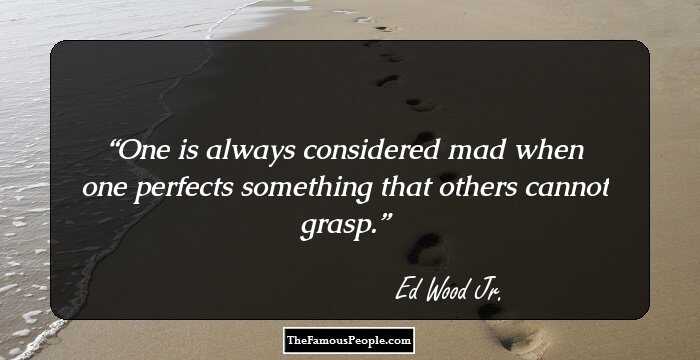 One is always considered mad when one perfects something that others cannot grasp. 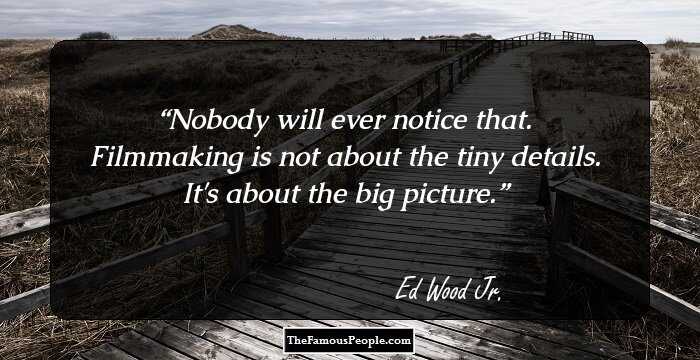 Nobody will ever notice that. Filmmaking is not about the tiny details. It's about the big picture. 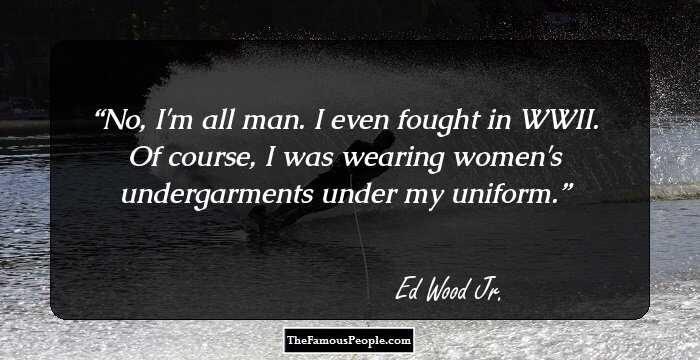 No, I'm all man. I even fought in WWII. Of course, I was wearing women's undergarments under my uniform. 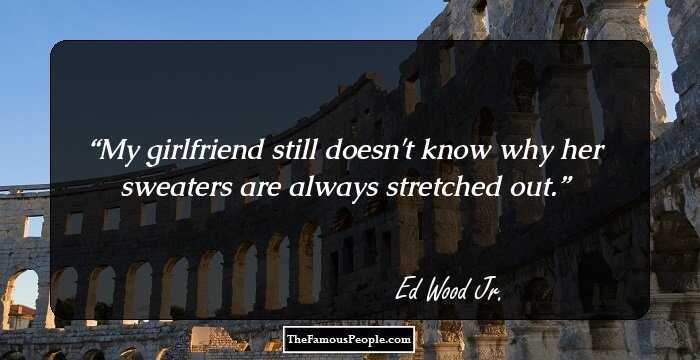 My girlfriend still doesn't know why her sweaters are always stretched out. 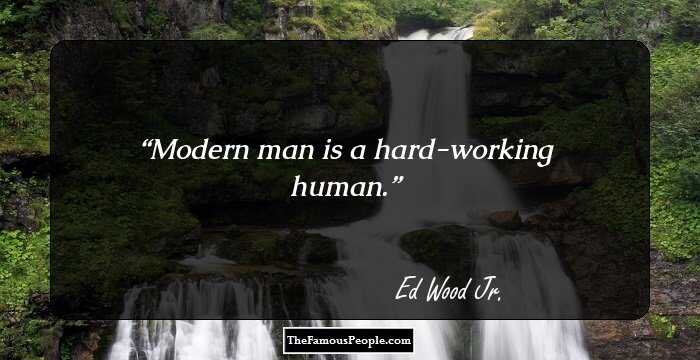 Modern man is a hard-working human. 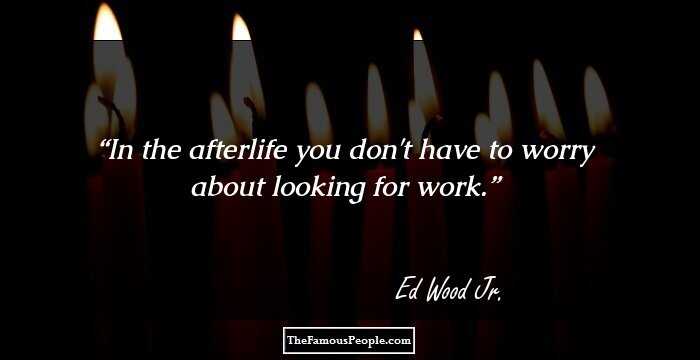 In the afterlife you don't have to worry about looking for work. 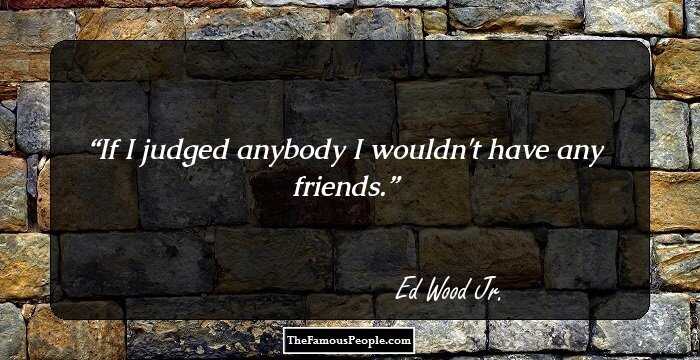 If I judged anybody I wouldn't have any friends. 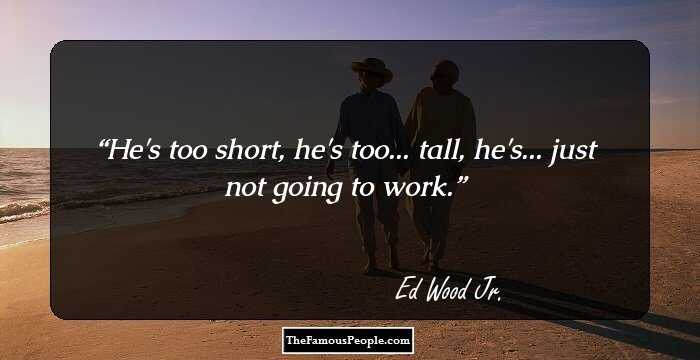 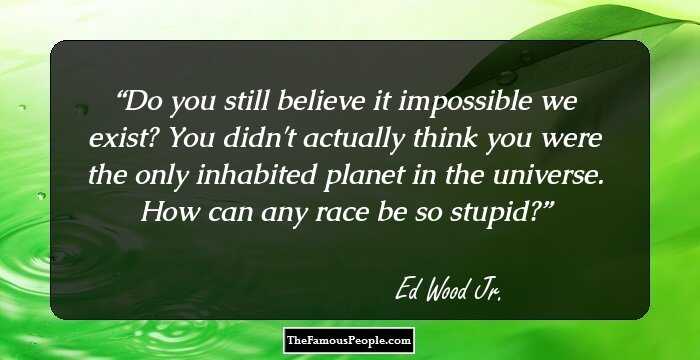 Do you still believe it impossible we exist? You didn't actually think you were the only inhabited planet in the universe. How can any race be so stupid?

Home? I have no home. Hunted, despised, living like an animal. The jungle is my home. But I will show the world that I can be its master. I will perfect my own race of people, a race of atomic supermen, which will conquer the world.