Famous As: One of the Greatest Scientists of All Time & Winner of Two Nobel Prizes
Born On: February 28, 1901
Died On: August 19, 1994
Born In: Portland, Oregon, United States
Died At Age: 93
The trailblazer in the field of Quantum chemistry and Biochemistry, Linus Carl Pauling was a distinguished American biochemist, author and activist, who holds the unique feat of being awarded two unshared âNobel Prizeâ. He bagged the honor in 1954 for his exceptional work in the field in chemistry and again in 1962 for peace activism. The watershed moment in Paulingâs career arrived after publishing his breakthrough thesis of âThe Determination with X-Rays of the Structures of Crystalsâ. Later on, he cemented his stature as a legend in the field of biochemistry by unraveling the âConcepts of Resonanceâ, âSpace-filling modelâ, âValence bond theoryâ and âVitamin C advocacyâ. Apart from receiving the auspicious âNobel Prizeâ, he bagged the âIrving Langmuir Awardâ, âLenin Peace Prizeâ, âNational Medal of Scienceâ, âLomonosov Gold Medalâ, âPriestley Medalâ, âVannevar Bush Awardâ and many more. Many important scientists such as Martin Karplus, Jerry Donohue, Matthew Meselson and William Lipscomb have credited their success to this legendary biochemist. Let us go through some of the most enlightening quotes and thoughts from this American genius and peace keeper that will give you a glimpse of his prolific mind. Take a look at the famous quotations and sayings by Linus Pauling which are meant to challenge, motivate and inspire you.
Listed In:
Scientists

The best way to have a good idea is to have lots of ideas.

Satisfaction of one's curiosity is one of the greatest sources of happiness in life. Linus Pauling 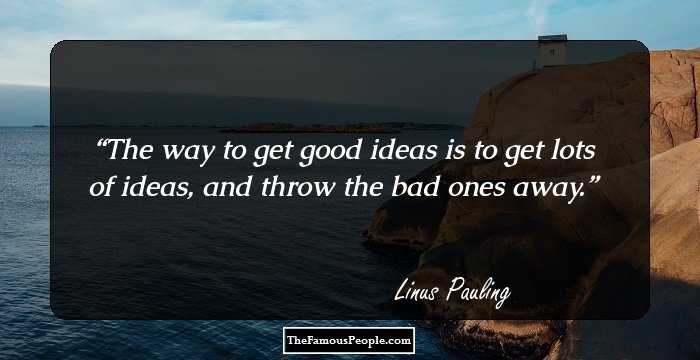 The way to get good ideas is to get lots of ideas, and throw the bad ones away. 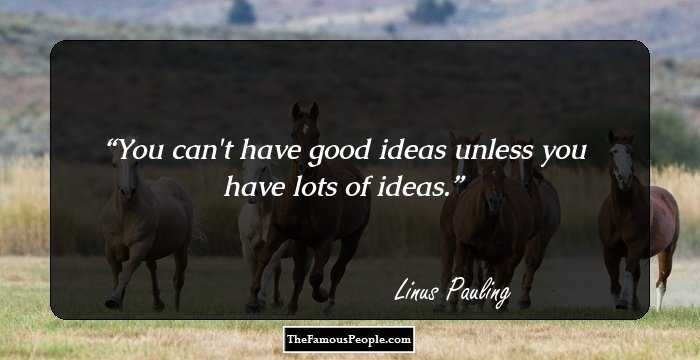 You can't have good ideas unless you have lots of ideas. 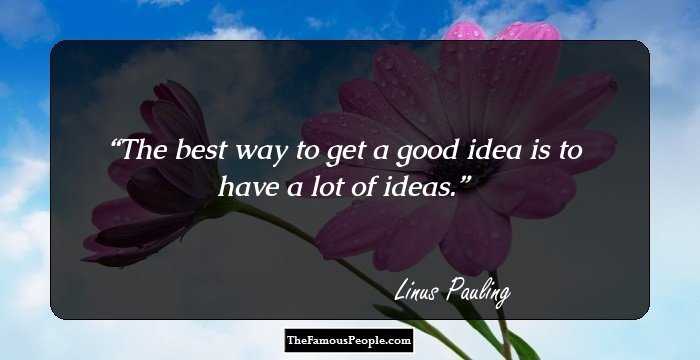 The best way to get a good idea is to have a lot of ideas. 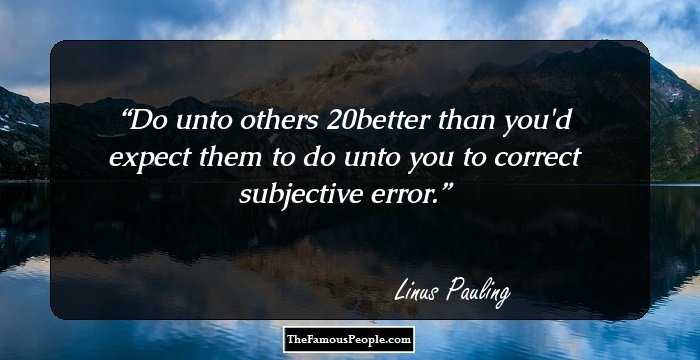 Do unto others 20% better than you'd expect them to do unto you to correct subjective error. 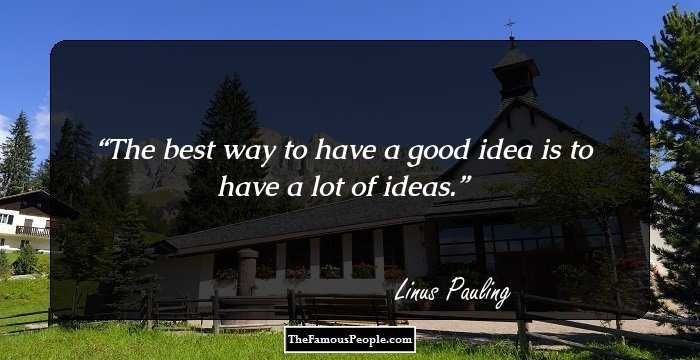 The best way to have a good idea is to have a lot of ideas. 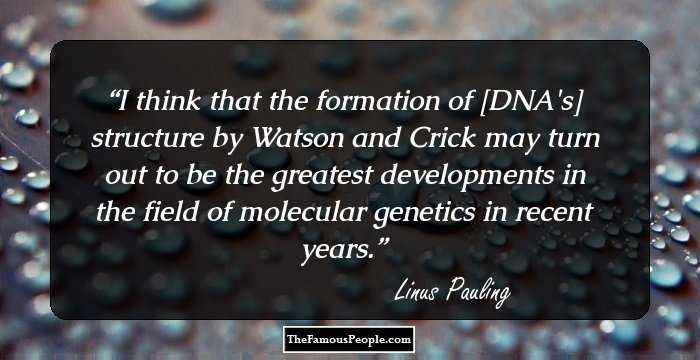 I think that the formation of [DNA's] structure by Watson and Crick may turn out to be the greatest developments in the field of molecular genetics in recent years. 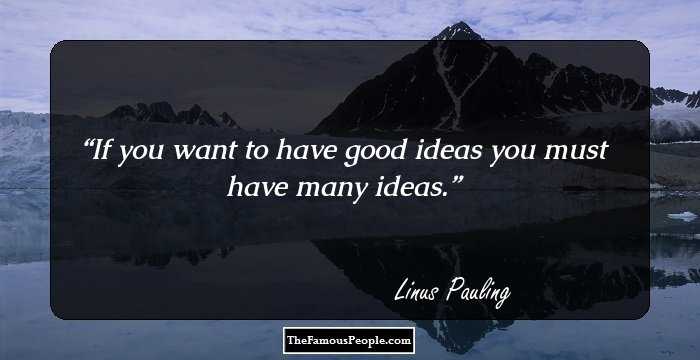 If you want to have good ideas you must have many ideas.