Claude Shannon, known as the âfather of information theoryâ, was a celebrated American cryptographer, mathematician and electrical engineer. In 1948, he published âThe Mathematical Theory of Communicationâ, which is considered the most noted information theory. During World War II he contributed to the field of cryptanalysis for national defense that included his fundamental work on secure telecommunications and code-breaking. Shannon was also the founder of the âdigital circuit design theoryâ. Besides the academic pursuits, unicycling, chess and juggling captivated him. His bag of innovations also includes juggling machines, Roman numeral computer called THROBAC and flame-throwing trumpet. Here is a collection of some popular thoughts and views shared by the renowned mathematician through his writings, books, works and life which are now quoted extensively. Go through the famous quotes and thoughts by Claude Shannon, the famed scientist and mathematician. 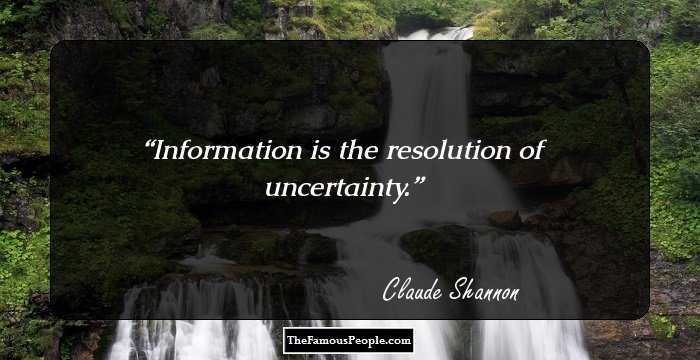 Information is the resolution of uncertainty. 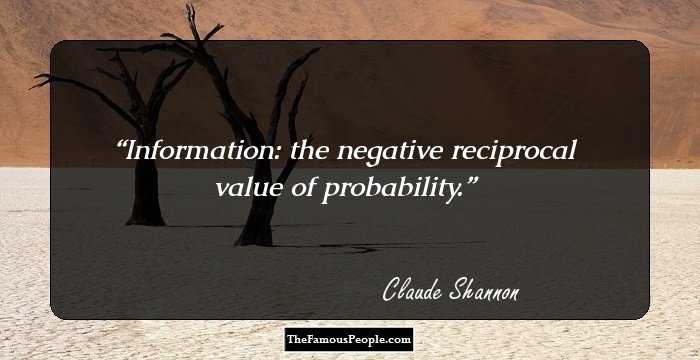 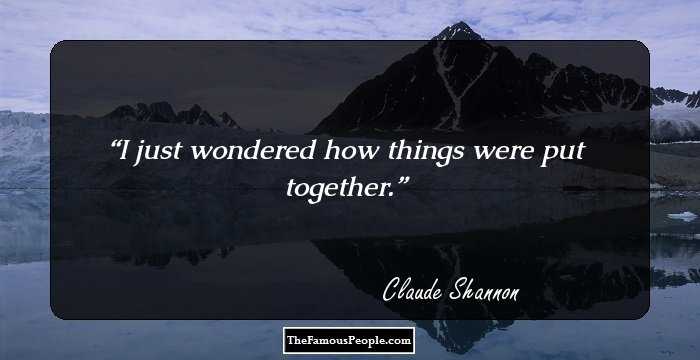 I just wondered how things were put together.

Together I
Claude Shannon 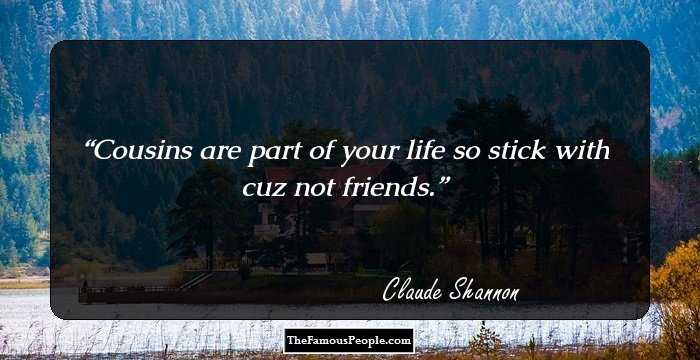 Cousins are part of your life so stick with cuz not friends. 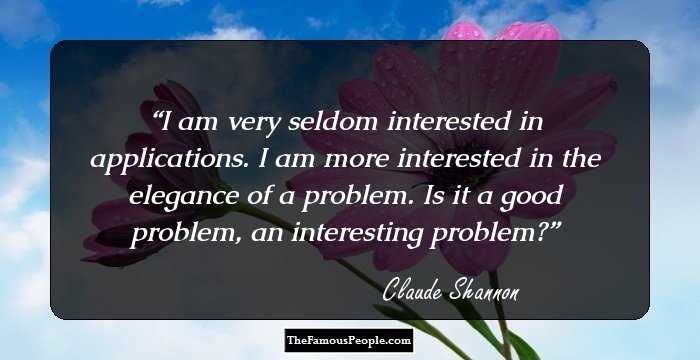 I am very seldom interested in applications. I am more interested in the elegance of a problem. Is it a good problem, an interesting problem? 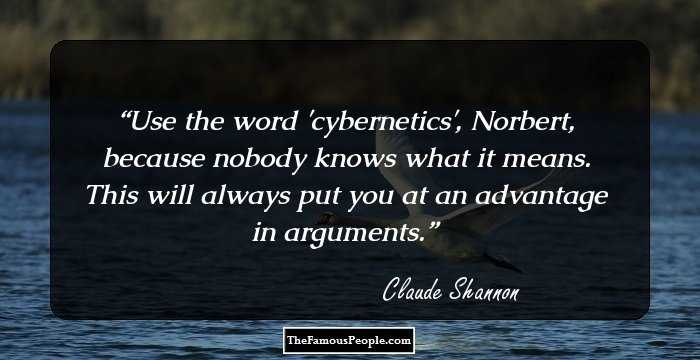 Use the word 'cybernetics', Norbert, because nobody knows what it means. This will always put you at an advantage in arguments.

You Will
Claude Shannon 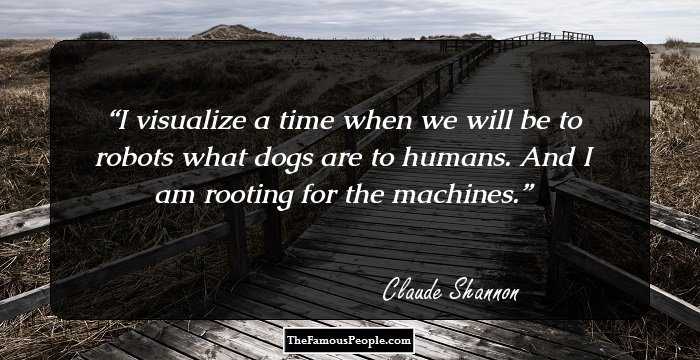 I visualize a time when we will be to robots what dogs are to humans. And I am rooting for the machines.

Time Will I
Claude Shannon 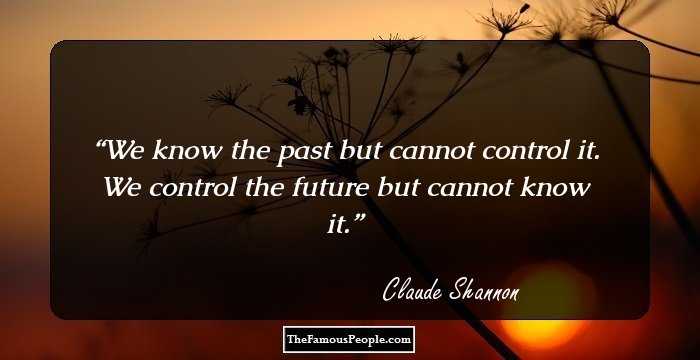 We know the past but cannot control it. We control the future but cannot know it. 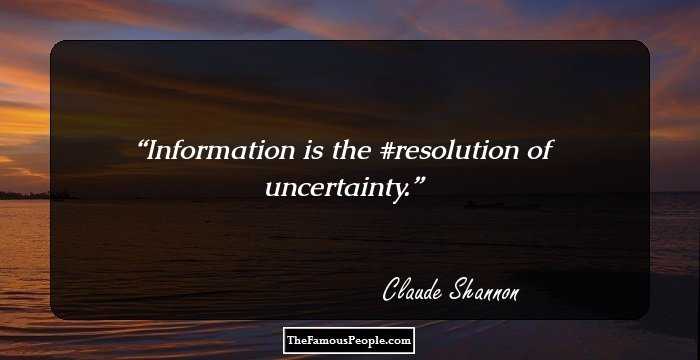 Information is the #resolution of uncertainty. 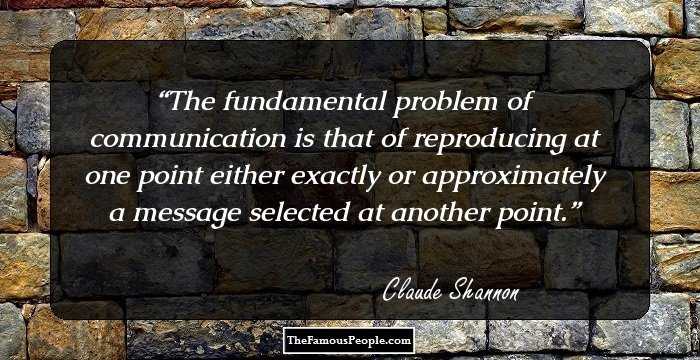 The fundamental problem of communication is that of reproducing at one point either exactly or approximately a message selected at another point.

My greatest concern was what to call it. I thought of calling it âinformationâ, but the word was overly used, so I decided to call it âuncertaintyâ. When I discussed it with John von Neumann, he had a better idea. Von Neumann told me, âYou should call it entropy, for two reasons. In the first place your uncertainty function has been used in statistical mechanics under that name, so it already has a name. In the second place, and more important, nobody knows what entropy really is, so in a debate you will always have the advantage.â

You Me Will I
Claude Shannon 27 Insightful Quotes By Richard G. Scott That Teach You To Never Give Up