Famous As: physicist
Born On: January 15, 1908
Died On: September 9, 2003
Born In: Budapest, Hungary
Founder / Co Founder: Lawrence Livermore National Laboratory (LLNL)
Died At Age: 95
Edward Teller was an illustrious Hungarian-American theoretical physicist recognized as the âfather of hydrogen bombâ. He expressed his thoughts, channelled his works and made a number of contributions to molecular physics, surface physics, nuclear physics and spectroscopy. Though he was a controversial figure, his works and thoughts on nuclear science played a pivotal role. Teller was also an ardent advocate of âRonald Reaganâs Strategic Defence Initiativeâ. He also became popular for fervently providing controversial technological solutions to both civilian and military problems. Following are some popular quotes and sayings by Edward Teller which are quoted till date and have been excerpted from his works, writings, inventions, researches, thoughts and life. Let us go through the quotes and thoughts by Edward Teller and see what we can learn from them.
Listed In:
Scientists
Inventors 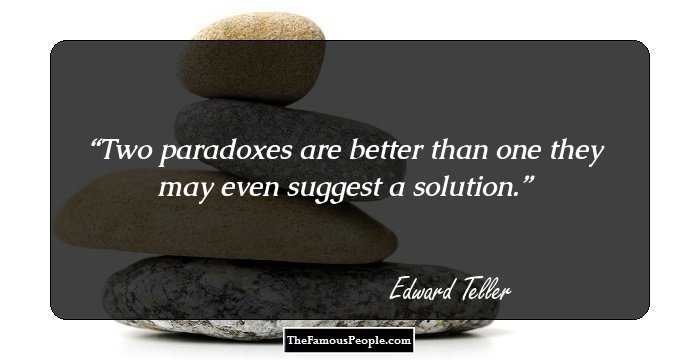 Two paradoxes are better than one they may even suggest a solution. 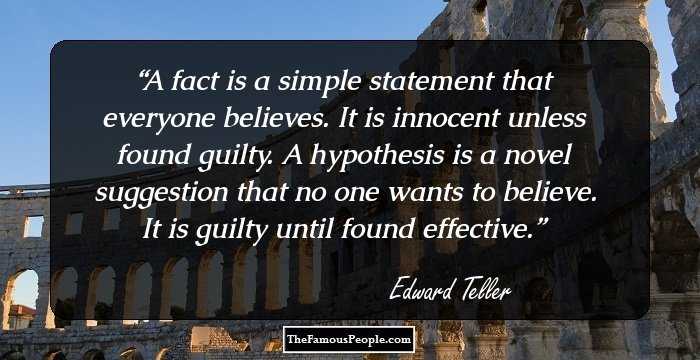 A fact is a simple statement that everyone believes. It is innocent unless found guilty. A hypothesis is a novel suggestion that no one wants to believe. It is guilty until found effective. 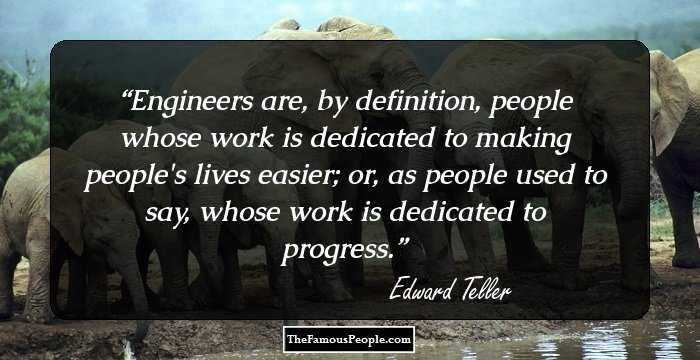 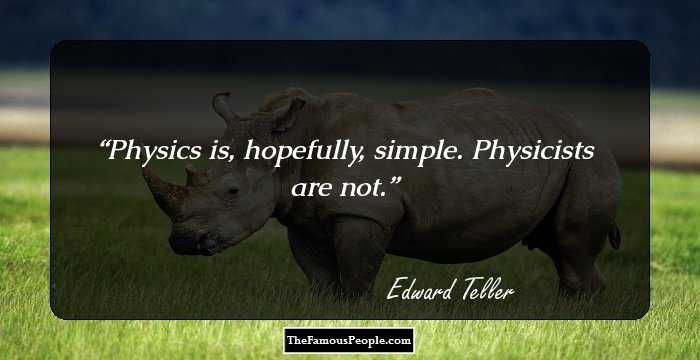 Physics is, hopefully, simple. Physicists are not. 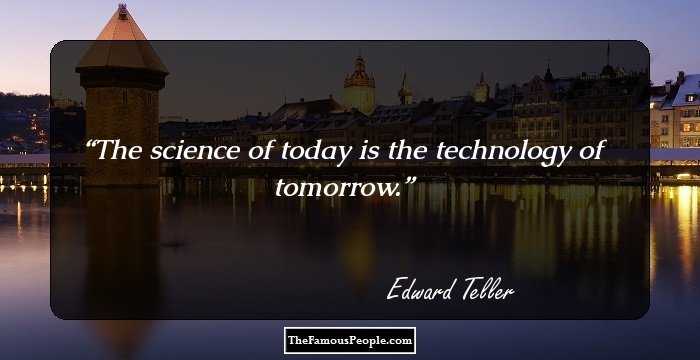 The science of today is the technology of tomorrow. 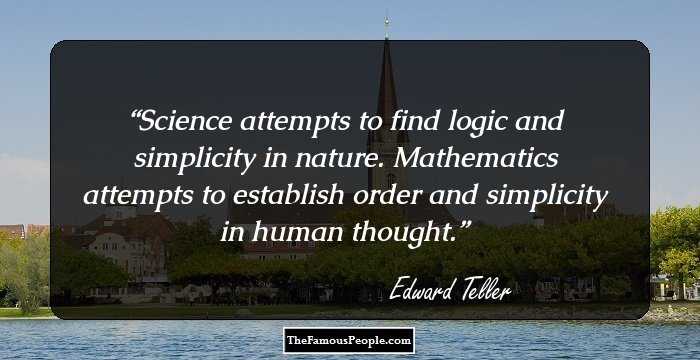 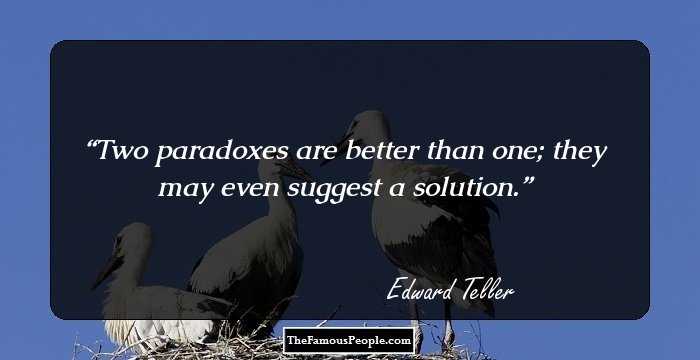 Two paradoxes are better than one; they may even suggest a solution. 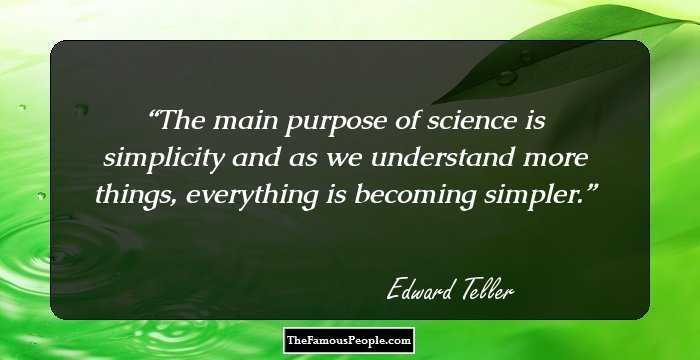 The main purpose of science is simplicity and as we understand more things, everything is becoming simpler. 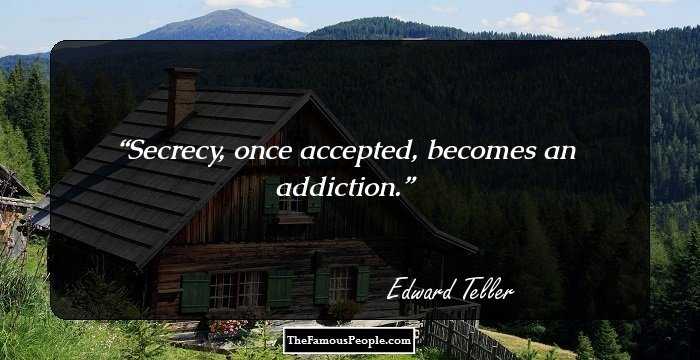 Secrecy, once accepted, becomes an addiction. 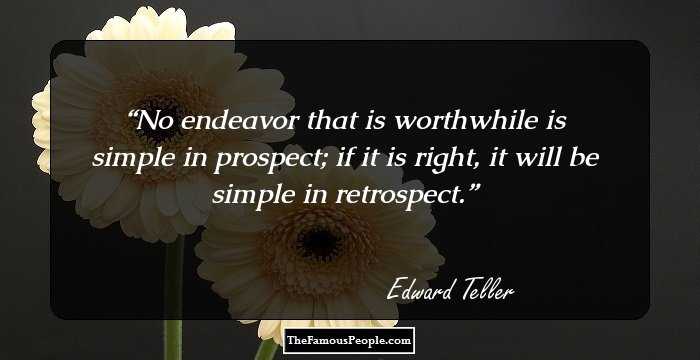 No endeavor that is worthwhile is simple in prospect; if it is right, it will be simple in retrospect. 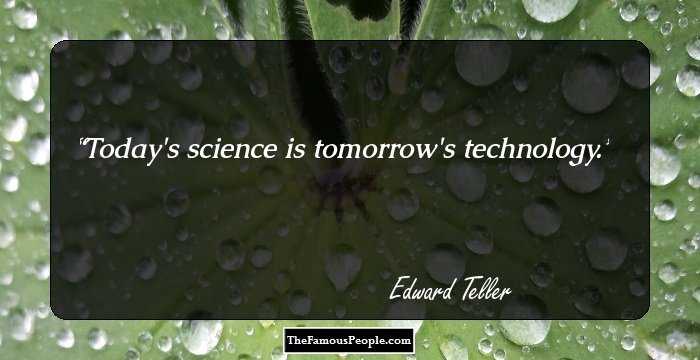 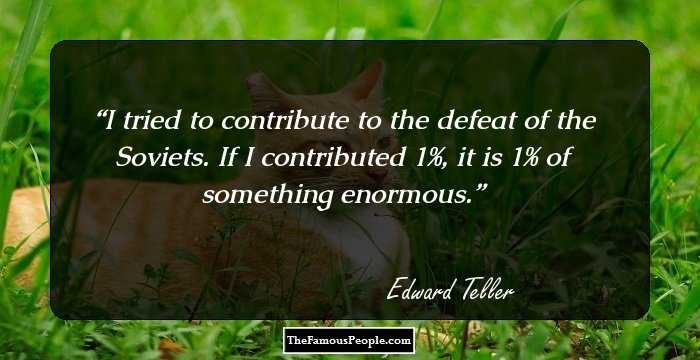 I tried to contribute to the defeat of the Soviets. If I contributed 1%, it is 1% of something enormous. 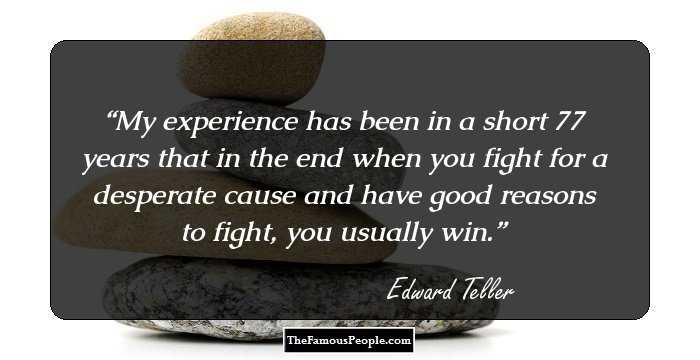 My experience has been in a short 77 years that in the end when you fight for a desperate cause and have good reasons to fight, you usually win. 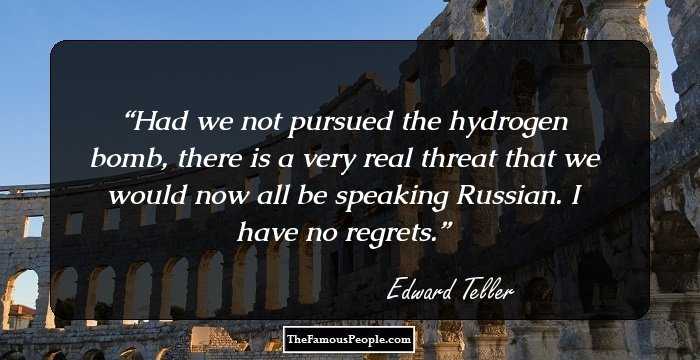 Had we not pursued the hydrogen bomb, there is a very real threat that we would now all be speaking Russian. I have no regrets. 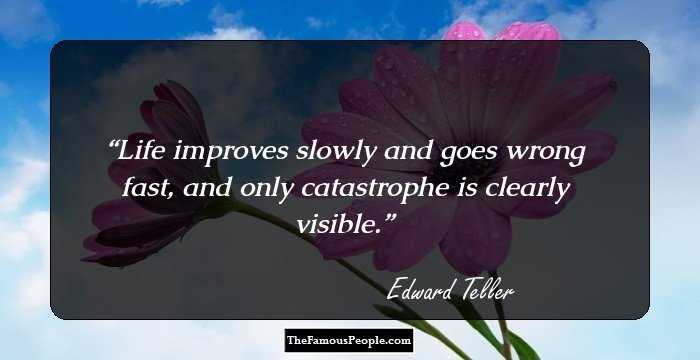 Life improves slowly and goes wrong fast, and only catastrophe is clearly visible. 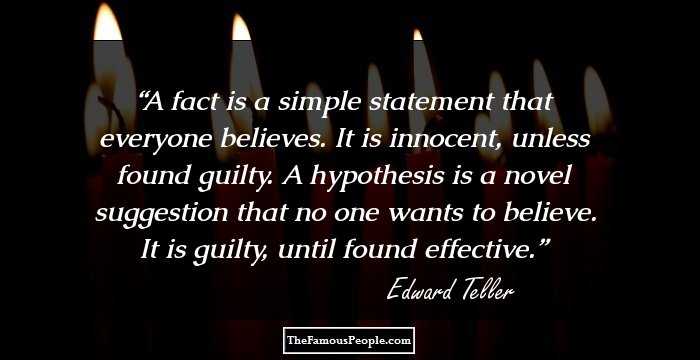 A fact is a simple statement that everyone believes. It is innocent, unless found guilty. A hypothesis is a novel suggestion that no one wants to believe. It is guilty, until found effective. 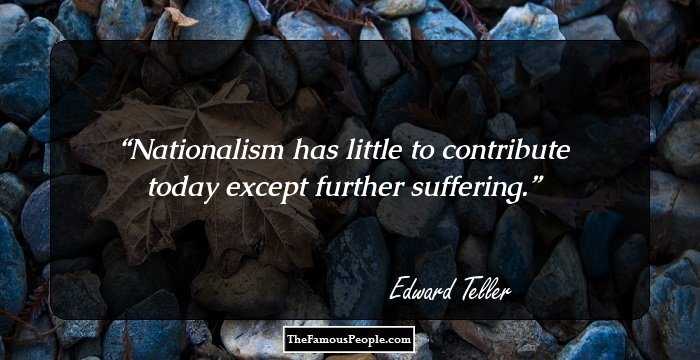 Nationalism has little to contribute today except further suffering.