Famous As: American Theoretical Physicist and Nobel Laureate in Physics
Born On: May 3, 1933
Died On: July 23, 2021
Born In: New York City, USA
Died At Age: 88
Steven Weinberg is a Nobel Prize-winning American physicist and a prolific writer. He completed his Ph.D. from the reputed Princeton University and went on to become a researcher at the Columbia University. He researched on various topics like quantum field theory and scattering theory while developing his interest in astrophysics. He further published his research papers on neutrinos and even published a couple of books titled âThe Quantum Theory of Fieldsâ and âGravitation and Cosmologyâ. These works are considered to be one of the most influential books in their subjects. He further served as a professor at various reputed universities including MIT and Harvard. During his tenure at MIT, he worked on broken symmetries, current algebra, and renormalization theory. This was followed by his theory of strong interactions known as âquantum chromodynamicsâ which turned out to be one of his most notable works. He further did significant work in the field of physics and was appointed as the chairman of the âJack S. Josey-Welch Foundation Regentsâ. Apart from the âNobel Prizeâ, he was honored with the âBenjamin Franklin Medal for Distinguished Achievement in the Sciencesâ. Go through the quotations and sayings by the distinguished scientist which has been extracted from his writings, books, researches, lectures, interviews, work and thoughts. Read on the famous quotes and thoughts by Steven Weinberg.
Listed In:
Scientists 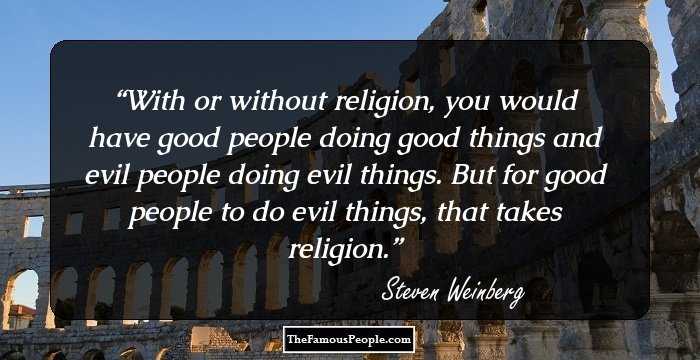 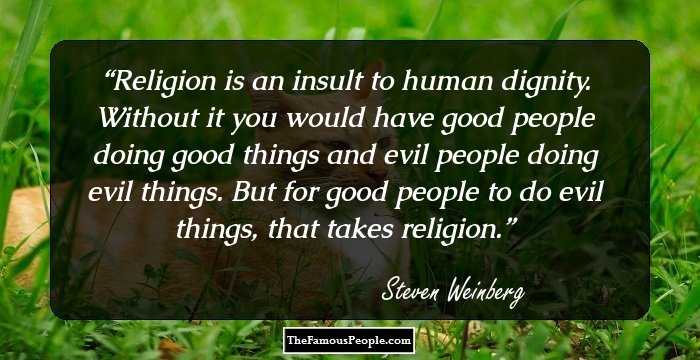 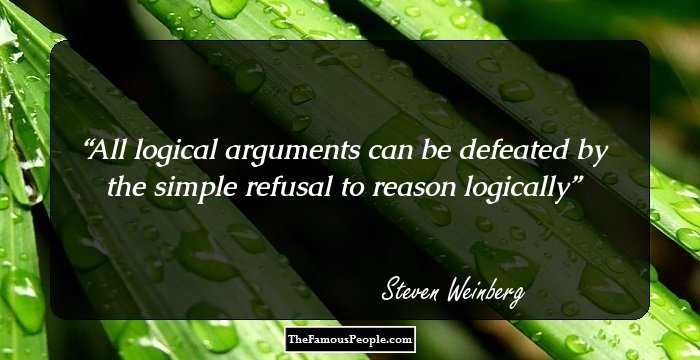 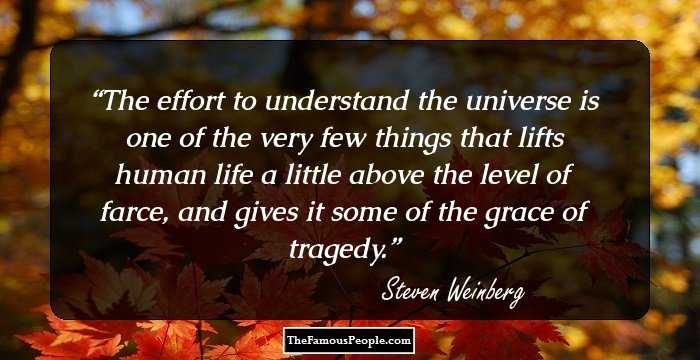 The effort to understand the universe is one of the very few things that lifts human life a little above the level of farce, and gives it some of the grace of tragedy. 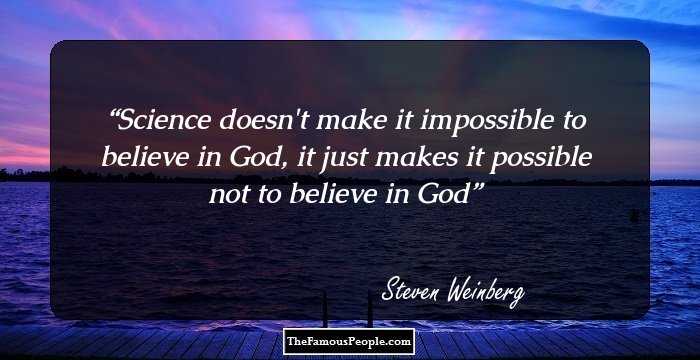 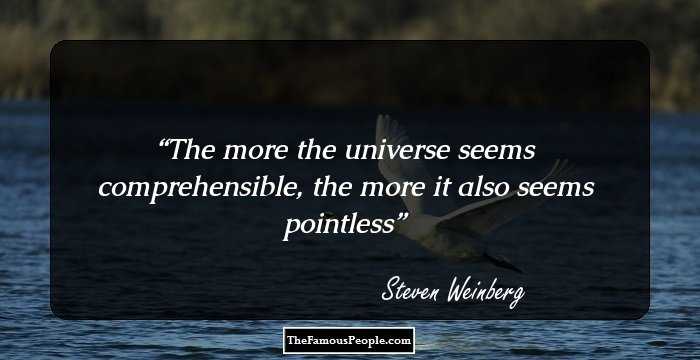 The more the universe seems comprehensible, the more it also seems pointless 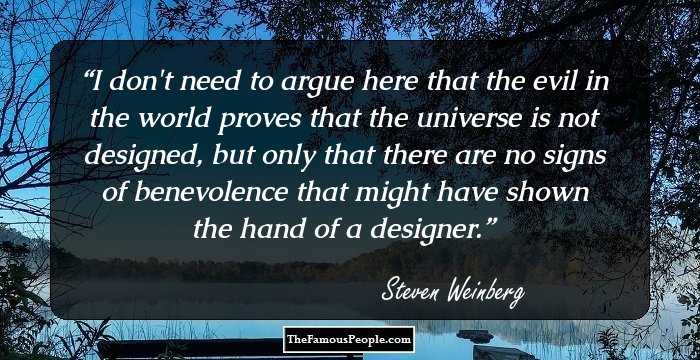 I don't need to argue here that the evil in the world proves that the universe is not designed, but only that there are no signs of benevolence that might have shown the hand of a designer. 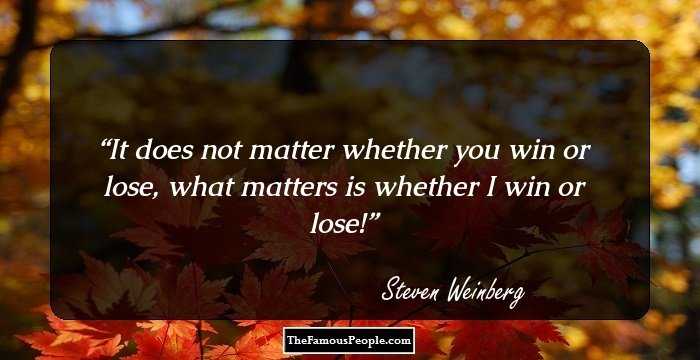 It does not matter whether you win or lose, what matters is whether I win or lose!

You I
Steven Weinberg 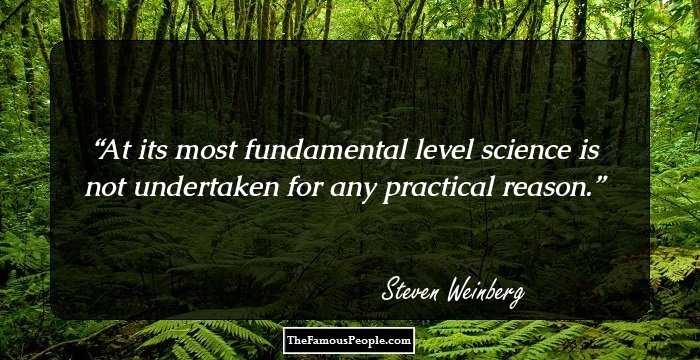 At its most fundamental level science is not undertaken for any practical reason. 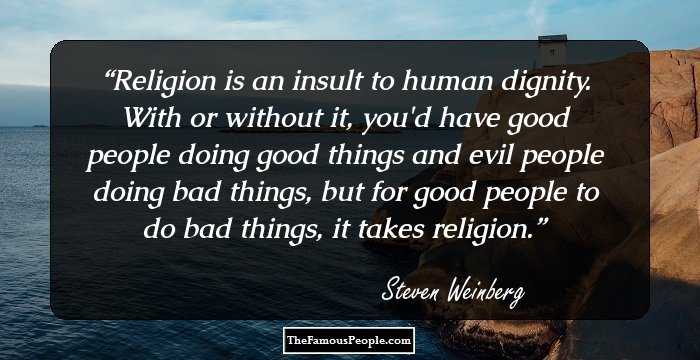 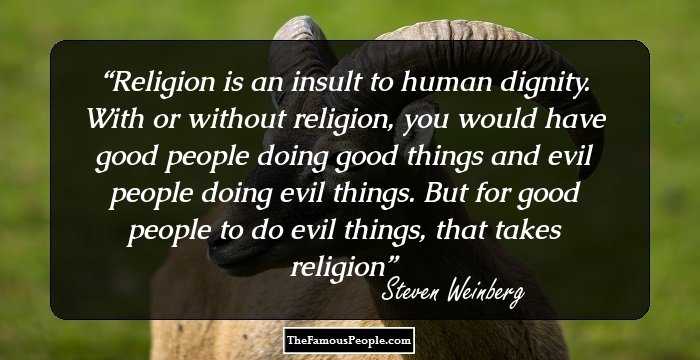 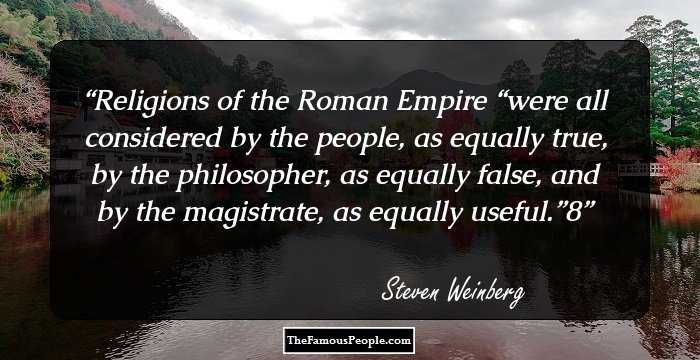 Religions of the Roman Empire âwere all considered by the people, as equally true, by the philosopher, as equally false, and by the magistrate, as equally useful.â8 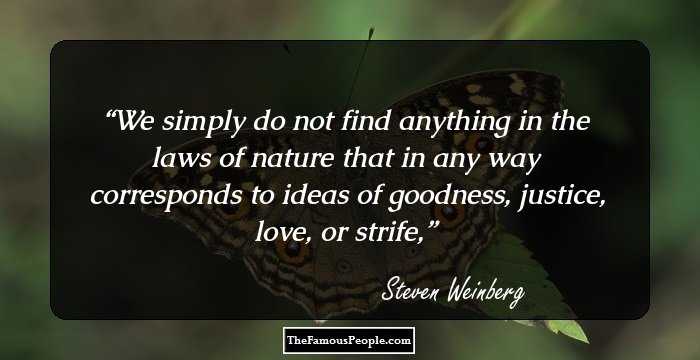 We simply do not find anything in the laws of nature that in any way corresponds to ideas of goodness, justice, love, or strife, 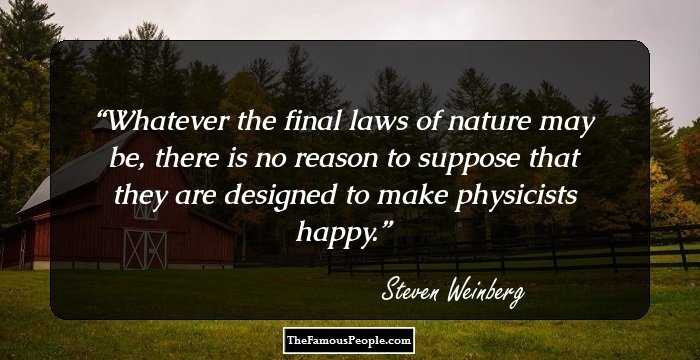 Whatever the final laws of nature may be, there is no reason to suppose that they are designed to make physicists happy. 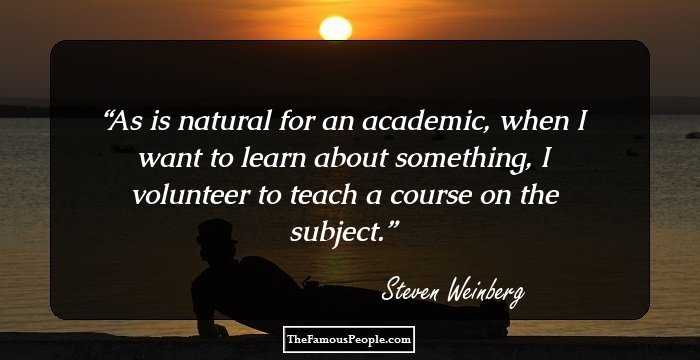 As is natural for an academic, when I want to learn about something, I volunteer to teach a course on the subject. 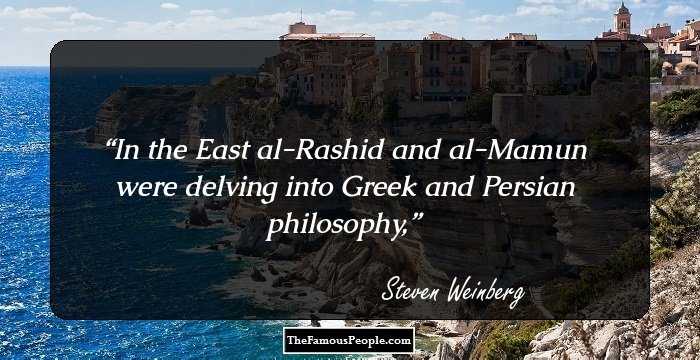 In the East al-Rashid and al-Mamun were delving into Greek and Persian philosophy, 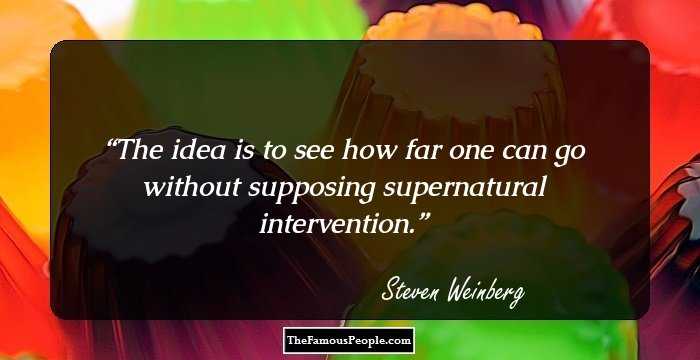 The idea is to see how far one can go without supposing supernatural intervention. 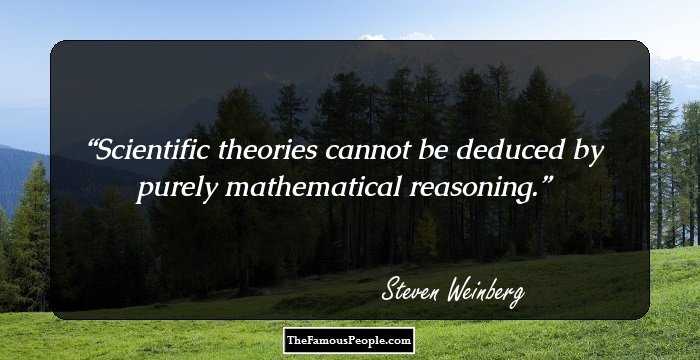 100 Enlightening Quotes By Carl Sagan, The Author of The Dragons of Eden