Famous As: Best Known for His Role as Jimmy "Popeye" Doyle in the Film 'The French Connectionâ
Born On: January 30, 1930
Born In: San Bernardino, California, United States
Age: 92 Years

Gene Hackman is an American actor who rose to fame with his performance in the 1967 crime film âBonnie and Clyde.â He also made several appearances in films, such as âI Never Sang for My Fatherâ (1970), âThe French Connectionâ (1971), âSuperman: The Movieâ (1978), âUnforgivenâ (1992), Enemy of the Stateâ (1998), and The Royal Tenenbaumsâ (2001). He has been nominated for five âAcademy Awardsâ and won twice. He has also won four âGolden Globe Awards.â His final performance came in âWelcome to Mooseportâ in 2004, after which he retired from acting. Hackman is also a novelist, and has co-written three historical fictionsÂ and two other novels.Â  We have curated a few of his quotes on topics such as success, parenthood, acting, character, choices, and values. 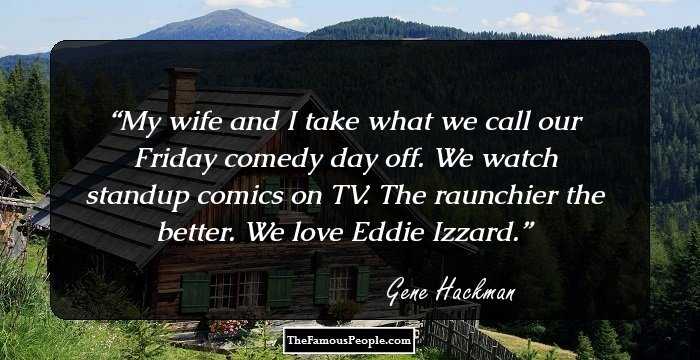 My wife and I take what we call our Friday comedy day off. We watch standup comics on TV. The raunchier the better. We love Eddie Izzard. 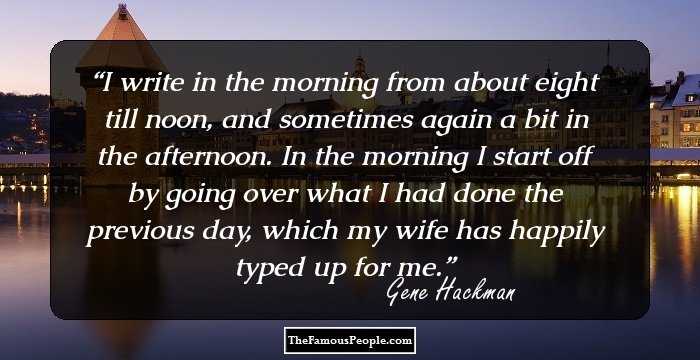 I write in the morning from about eight till noon, and sometimes again a bit in the afternoon. In the morning I start off by going over what I had done the previous day, which my wife has happily typed up for me. 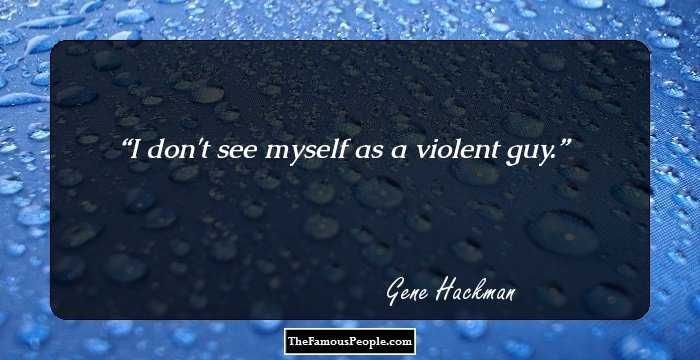 I don't see myself as a violent guy. 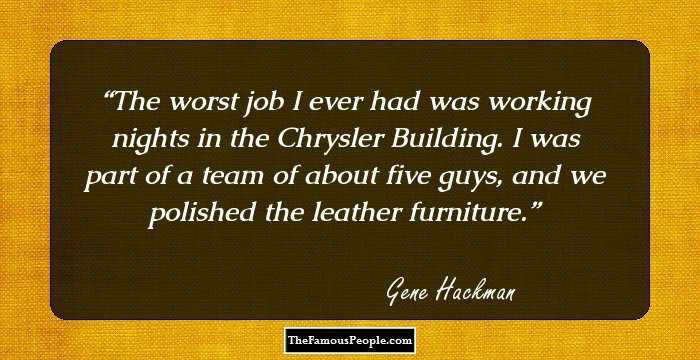 The worst job I ever had was working nights in the Chrysler Building. I was part of a team of about five guys, and we polished the leather furniture. 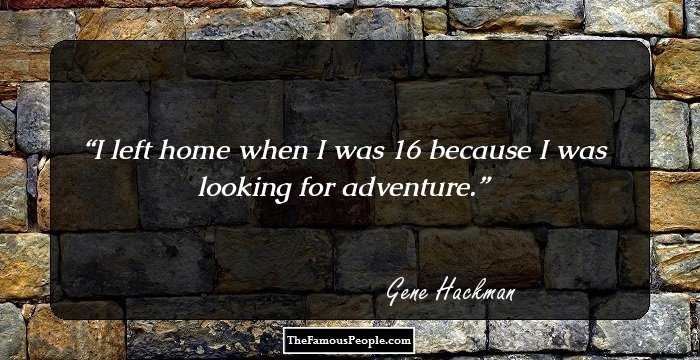 I left home when I was 16 because I was looking for adventure. 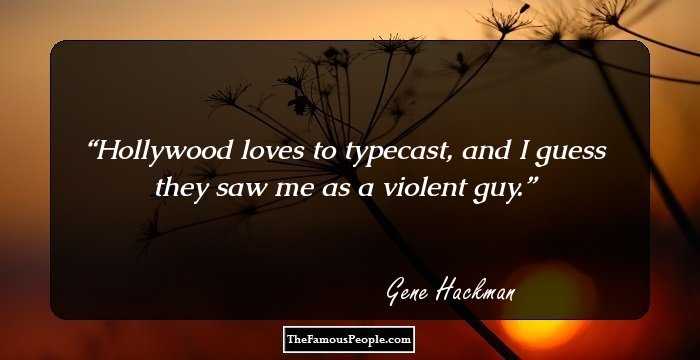 Hollywood loves to typecast, and I guess they saw me as a violent guy. 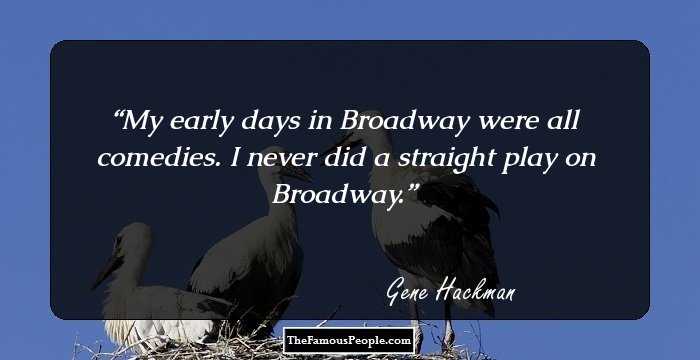 My early days in Broadway were all comedies. I never did a straight play on Broadway. 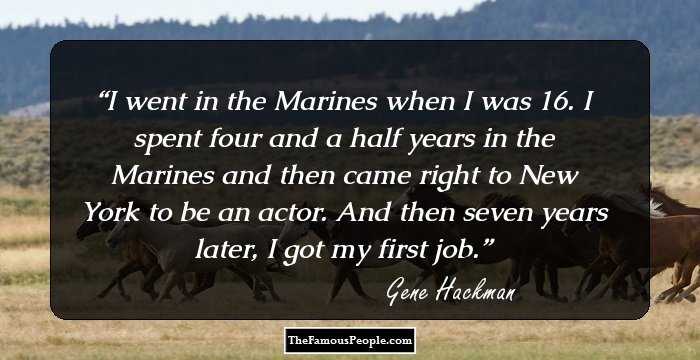 I went in the Marines when I was 16. I spent four and a half years in the Marines and then came right to New York to be an actor. And then seven years later, I got my first job. 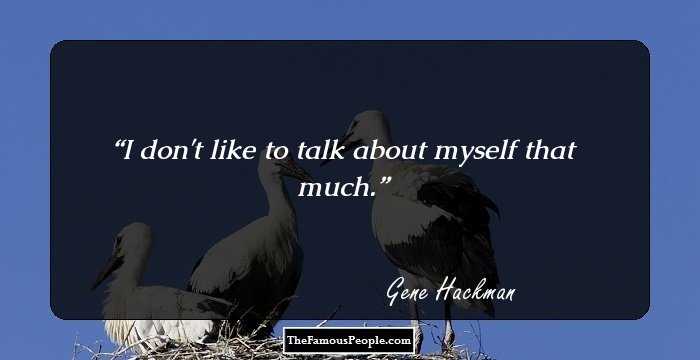 I don't like to talk about myself that much. 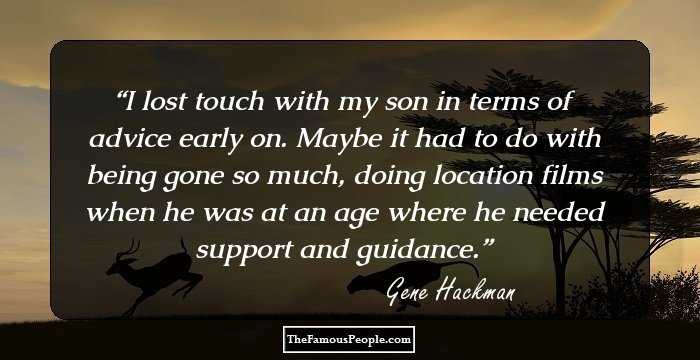 I lost touch with my son in terms of advice early on. Maybe it had to do with being gone so much, doing location films when he was at an age where he needed support and guidance. 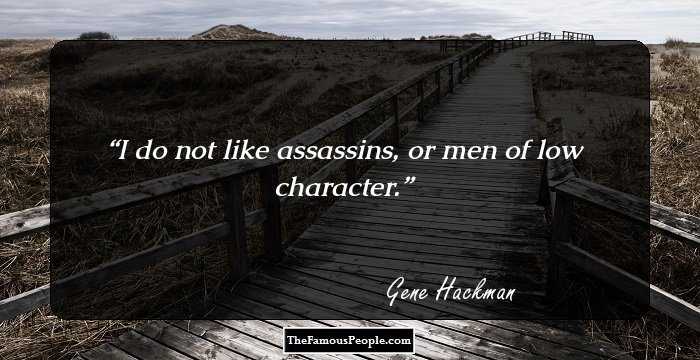 I do not like assassins, or men of low character. 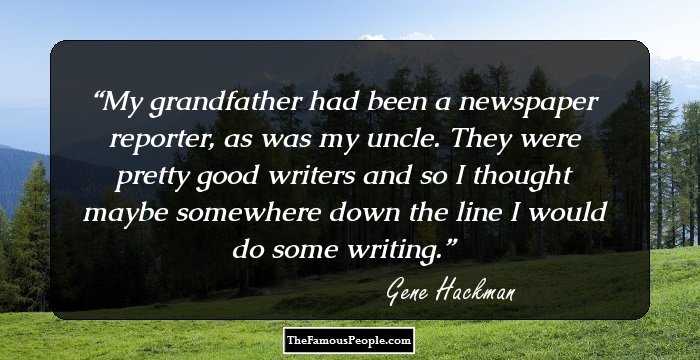 My grandfather had been a newspaper reporter, as was my uncle. They were pretty good writers and so I thought maybe somewhere down the line I would do some writing. 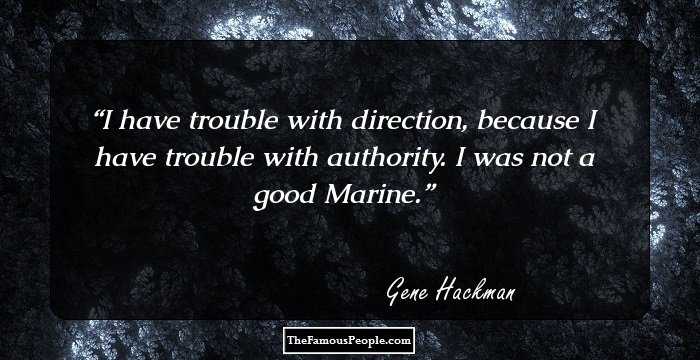 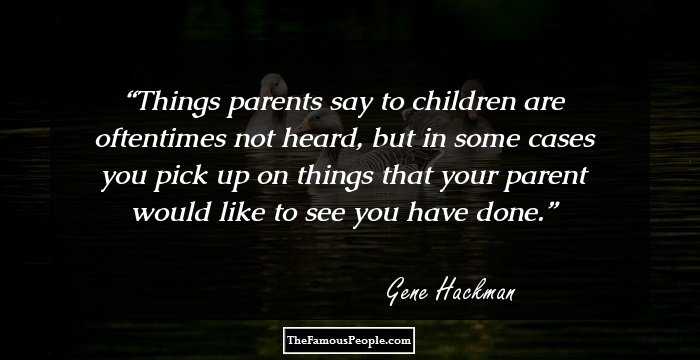 Things parents say to children are oftentimes not heard, but in some cases you pick up on things that your parent would like to see you have done. 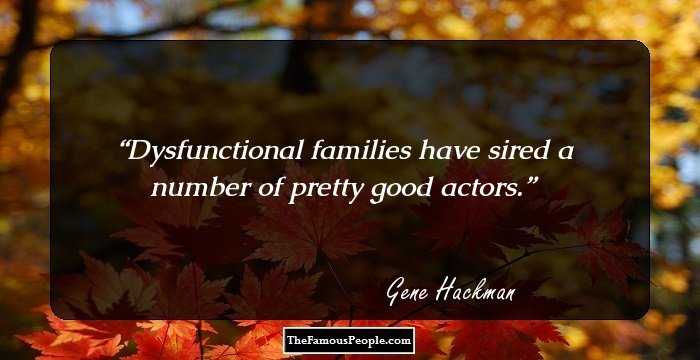 Dysfunctional families have sired a number of pretty good actors. 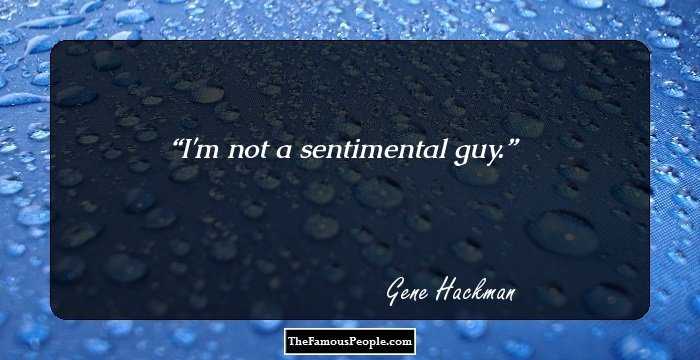 I'm not a sentimental guy. 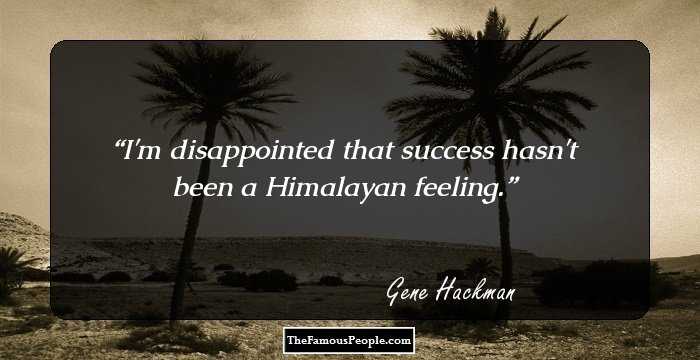 I'm disappointed that success hasn't been a Himalayan feeling. 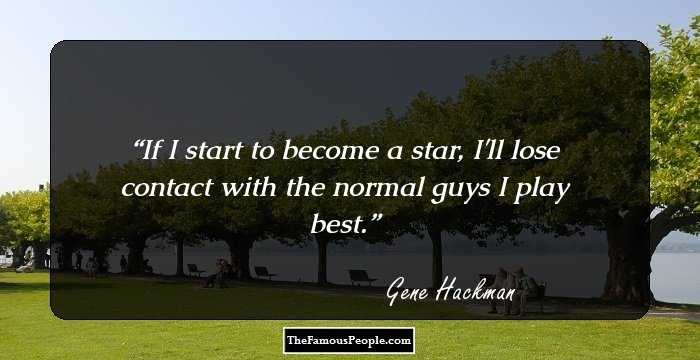 If I start to become a star, I'll lose contact with the normal guys I play best. 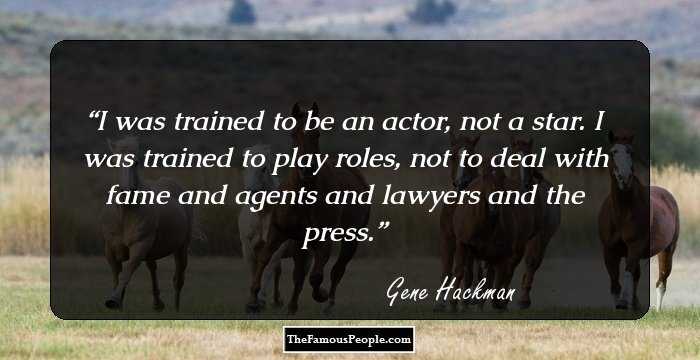 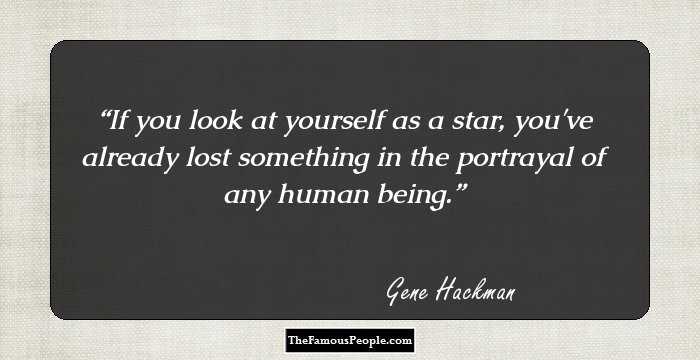 If you look at yourself as a star, you've already lost something in the portrayal of any human being.

You Yourself
Gene Hackman 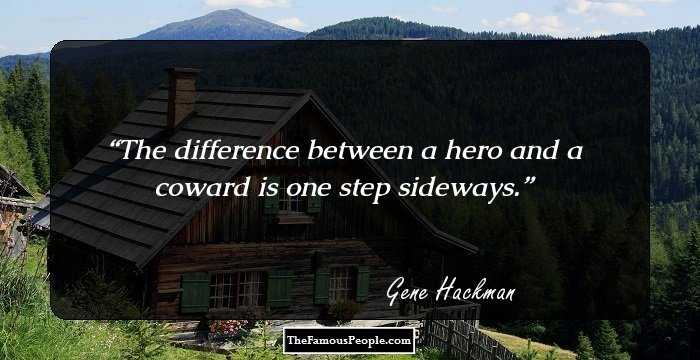 The difference between a hero and a coward is one step sideways.

You go through stages in your career that you feel very good about yourself. Then you feel awful, like, 'Why didn't I choose something else?' But overall I'm pretty satisfied that I made the right choice when I decided to be an actor.

You Yourself
Gene Hackman

It really costs me a lot emotionally to watch myself on screen. I think of myself, and feel like I'm quite young, and then I look at this old man with the baggy chins and the tired eyes and the receding hairline and all that.

Once, I optioned a novel and tried to do a screenplay on it, which was great fun, but I was too respectful. I was only 100 pages into the novel and I had about 90 pages of movie script going. I realized I had a lot to learn.