Famous As: Former Chancellor of the Exchequer
Born On: January 17, 1863
Died On: March 26, 1945
Born In: Chorlton-on-Medlock
Founder / Co Founder: UBM plc
Died At Age: 82
David Lloyd George was a prominent British statesman. In his capacity as the Chancellor of the Exchequer, he played an important role in the introduction of several important reforms, which laid the foundations of a modern welfare state. He came up as a highly focussed and energetic Prime Minister of the Coalition Government (1916â22) that he headed during and after the First World War. Being a prominent political figure, he played an important role at the Paris Peace Conference (1919) that had a great impact on the politics of Europe after the defeat of the Central Powers. He became leader of the Liberal Party in the late 1920s, but the party later became divided and grew smaller. As a result of this, he was marginalised and mistrusted in the 1930s. During the Second World War, he was suspected of showing favours to Germany as he did not give a strong support to the war efforts of the incumbent government. We have curated most famous quotes and sayings of David Lloyd George from his speeches, lectures, interviews, writings etc.
Listed In:
Leaders 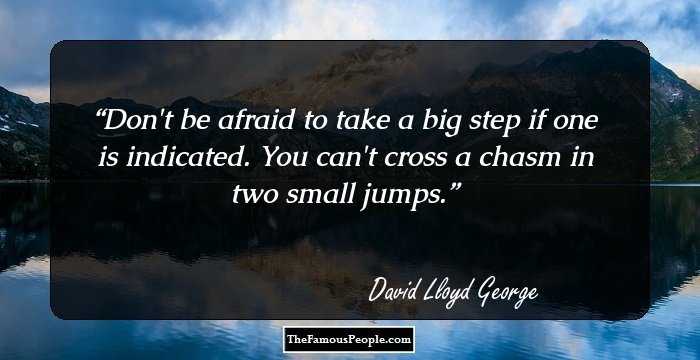 Don't be afraid to take a big step if one is indicated. You can't cross a chasm in two small jumps. 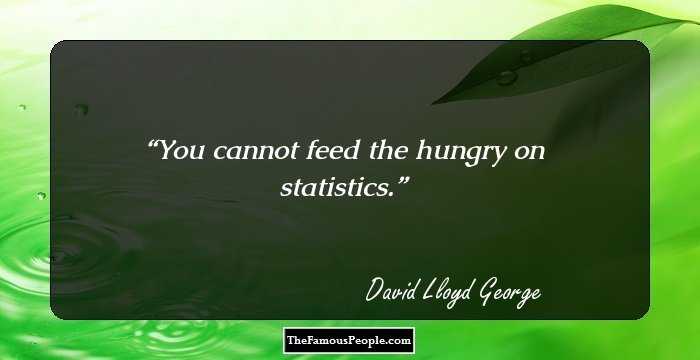 You cannot feed the hungry on statistics. 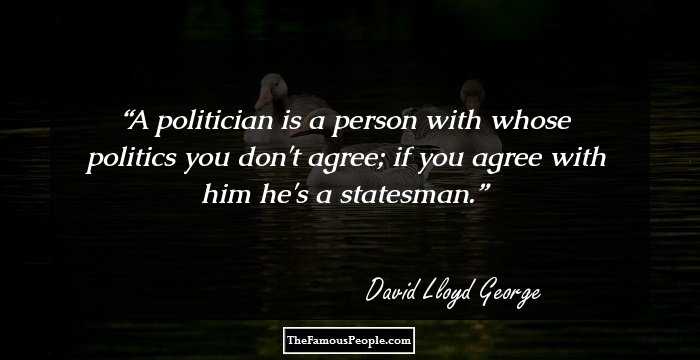 A politician is a person with whose politics you don't agree; if you agree with him he's a statesman. 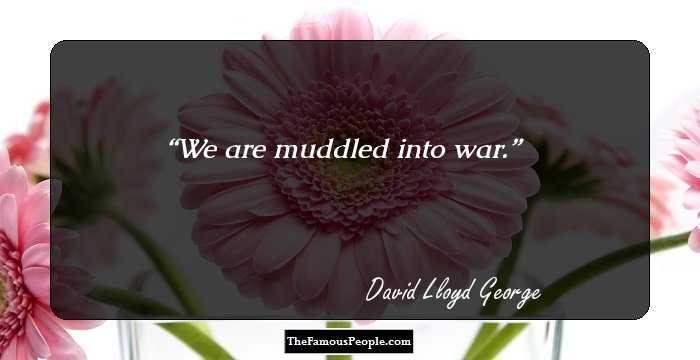 We are muddled into war. 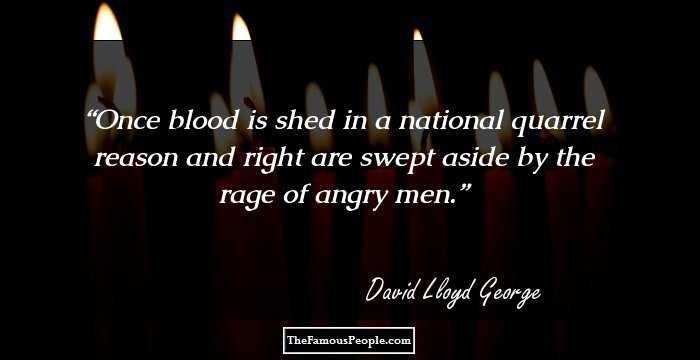 Once blood is shed in a national quarrel reason and right are swept aside by the rage of angry men. 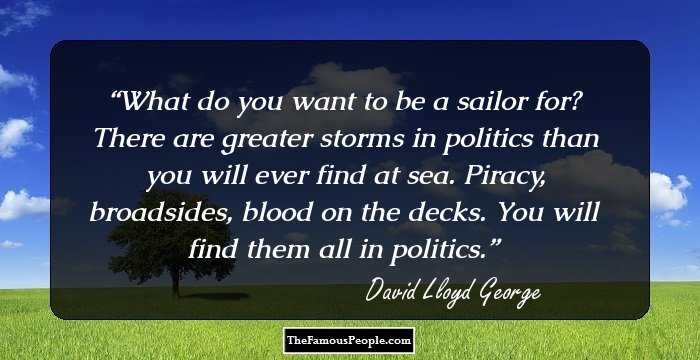 What do you want to be a sailor for? There are greater storms in politics than you will ever find at sea. Piracy, broadsides, blood on the decks. You will find them all in politics. 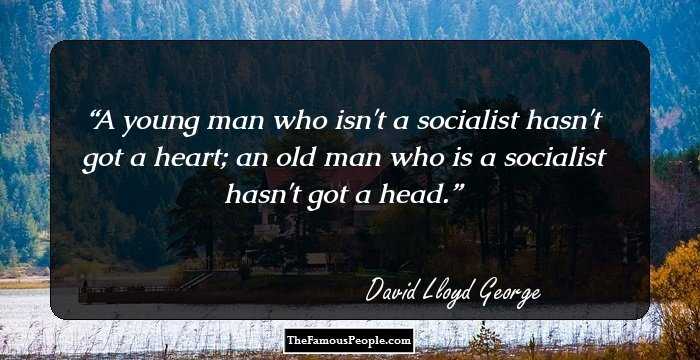 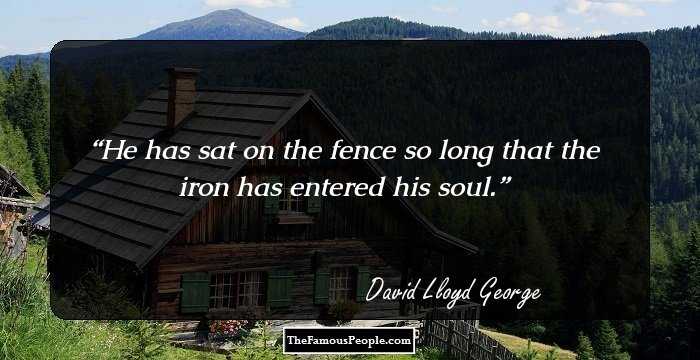 He has sat on the fence so long that the iron has entered his soul. 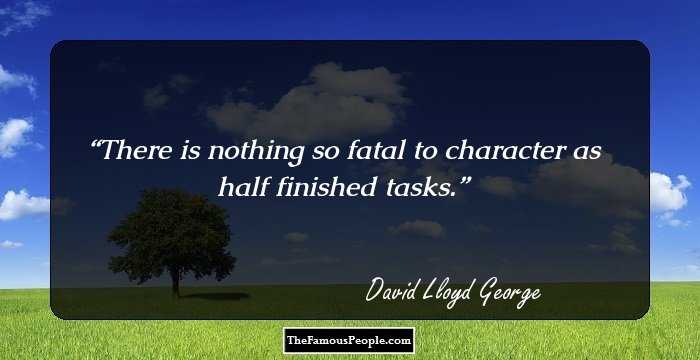 There is nothing so fatal to character as half finished tasks. 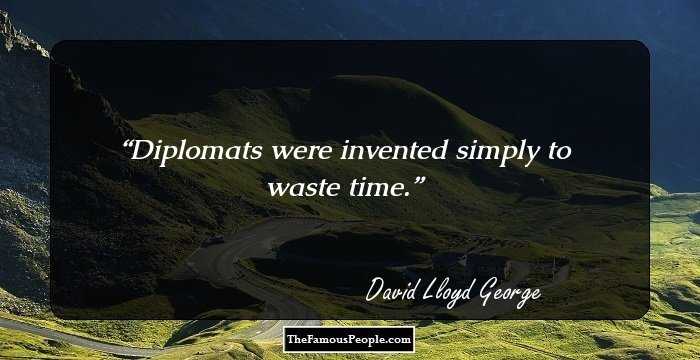 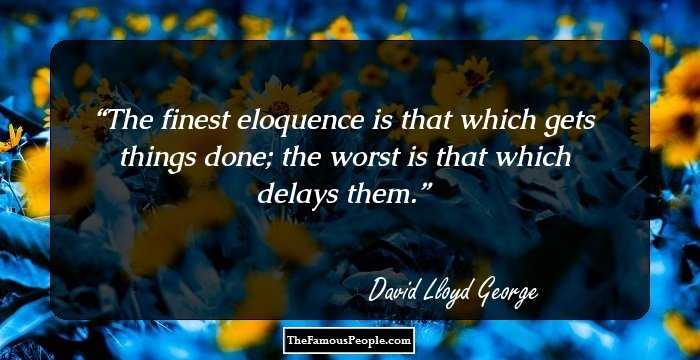 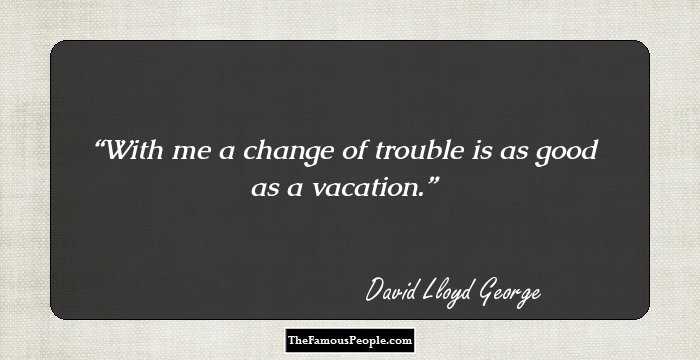 With me a change of trouble is as good as a vacation. 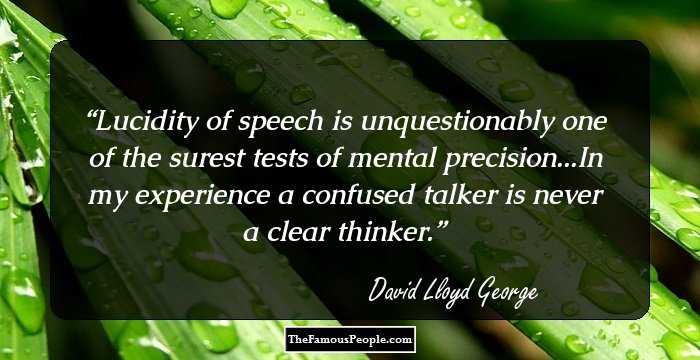 Lucidity of speech is unquestionably one of the surest tests of mental precision...In my experience a confused talker is never a clear thinker. 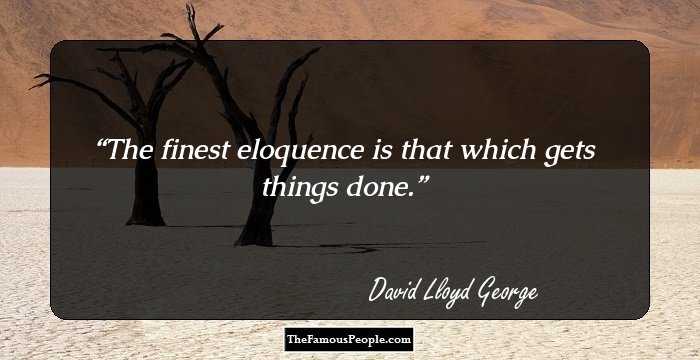 The finest eloquence is that which gets things done. 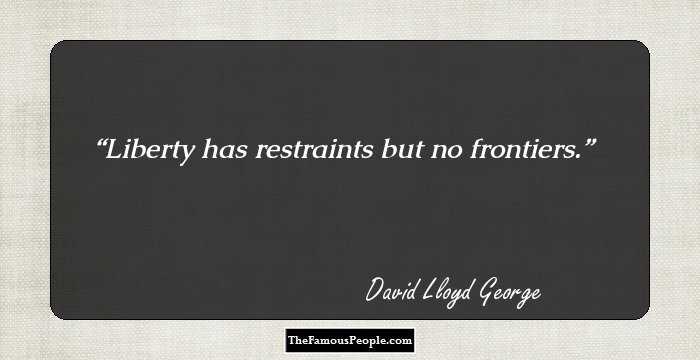 Liberty has restraints but no frontiers. 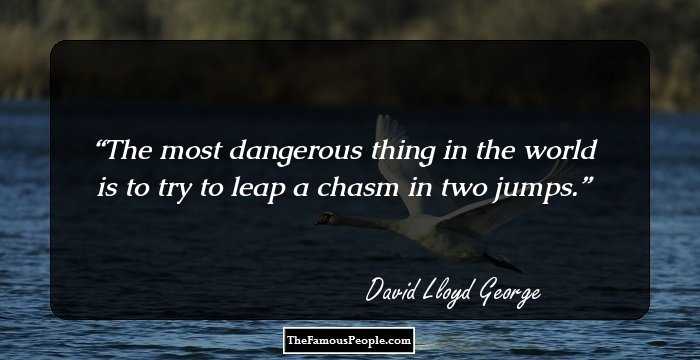 The most dangerous thing in the world is to try to leap a chasm in two jumps. 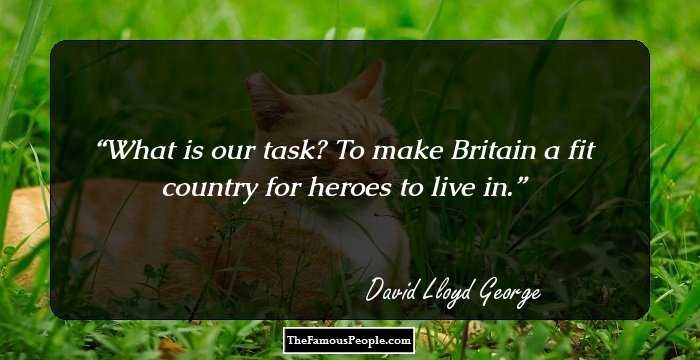 What is our task? To make Britain a fit country for heroes to live in. 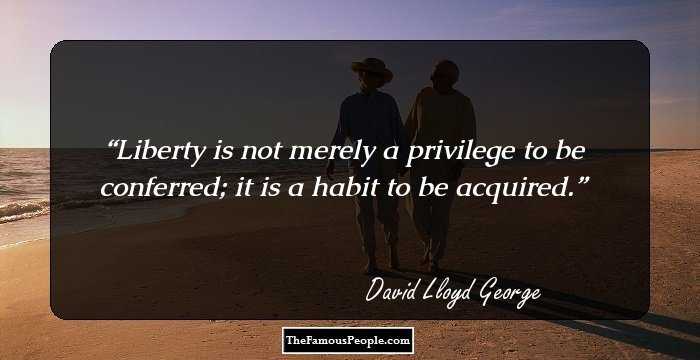 Liberty is not merely a privilege to be conferred; it is a habit to be acquired.