Bobby Cannavale is renowned for various film, stage and television roles. He earned a âPrimetime Emmy Awardâ for his role in âWill & Grace,â and Boardwalk Empire.â He earned a âTony Awardâ nomination for âThe Motherf****r with The Hat.â Some of his other noteworthy film and television credits include âAnt-Man,â âJumanji: Welcome to the Jungle,â âSpy,â âVinyl,â âThe Irishman,â âHomecoming,â âMaster of None,â and âThe Station Agent,â besides various others. Read through the compilation of interesting quotes by Bobby Cannavale which has been amassed from his movies and dialogues. Let us browse through the collection of Bobby Cannavale quotes on kids, theatre, perspective, character, awards, love, work, life, acting, age, movies, food, romance, family, etc. 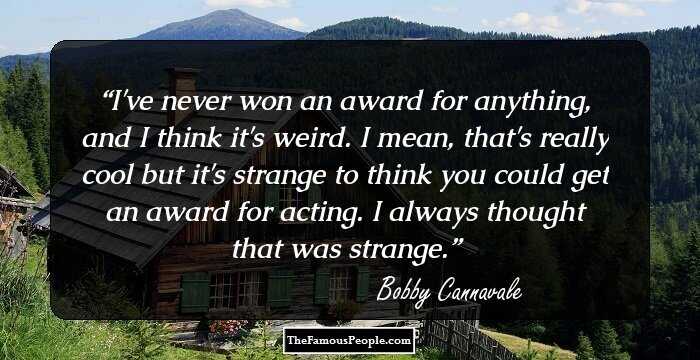 I've never won an award for anything, and I think it's weird. I mean, that's really cool but it's strange to think you could get an award for acting. I always thought that was strange. 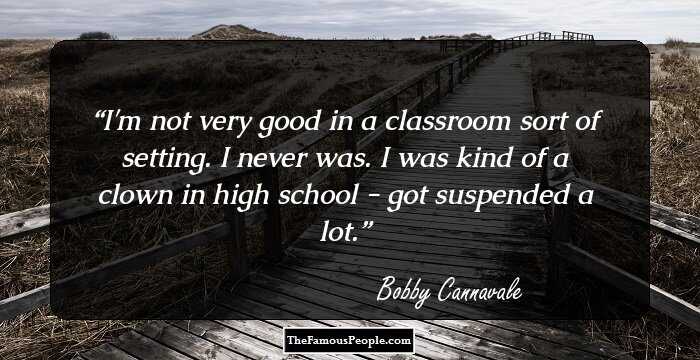 I'm not very good in a classroom sort of setting. I never was. I was kind of a clown in high school - got suspended a lot. 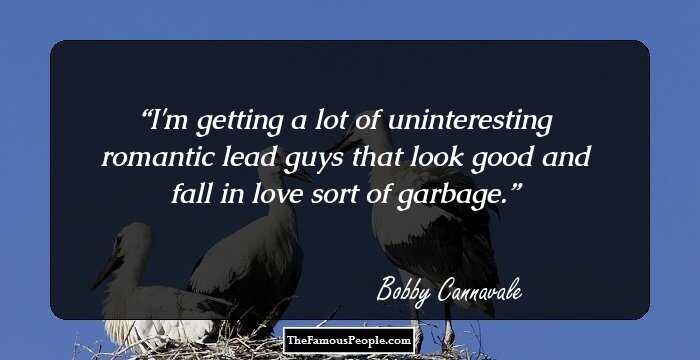 I'm getting a lot of uninteresting romantic lead guys that look good and fall in love sort of garbage. 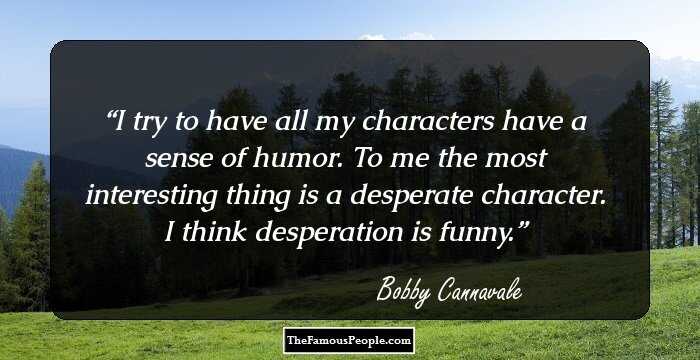 I try to have all my characters have a sense of humor. To me the most interesting thing is a desperate character. I think desperation is funny. 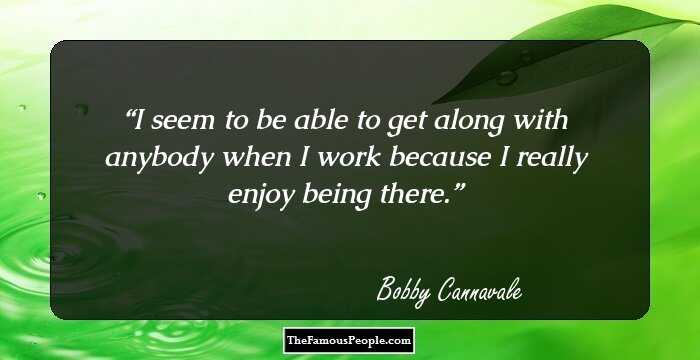 I seem to be able to get along with anybody when I work because I really enjoy being there. 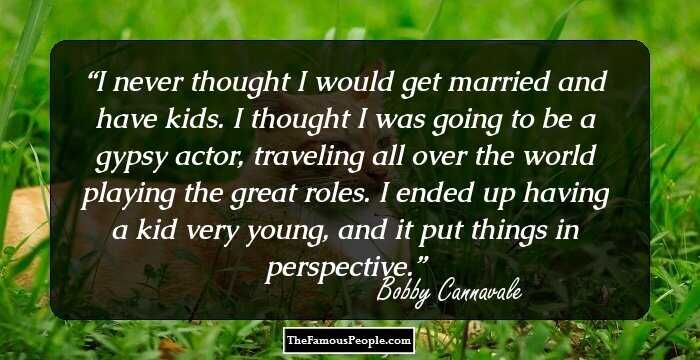 I never thought I would get married and have kids. I thought I was going to be a gypsy actor, traveling all over the world playing the great roles. I ended up having a kid very young, and it put things in perspective. 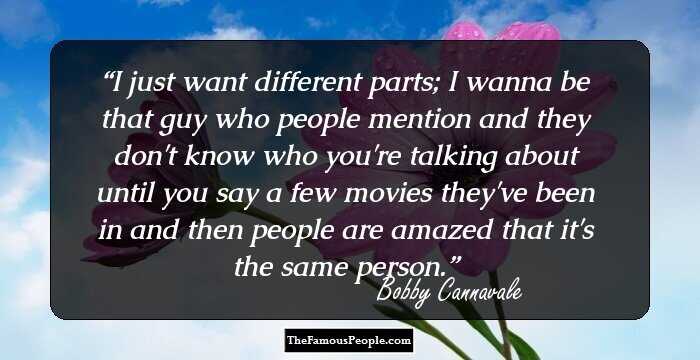 I just want different parts; I wanna be that guy who people mention and they don't know who you're talking about until you say a few movies they've been in and then people are amazed that it's the same person. 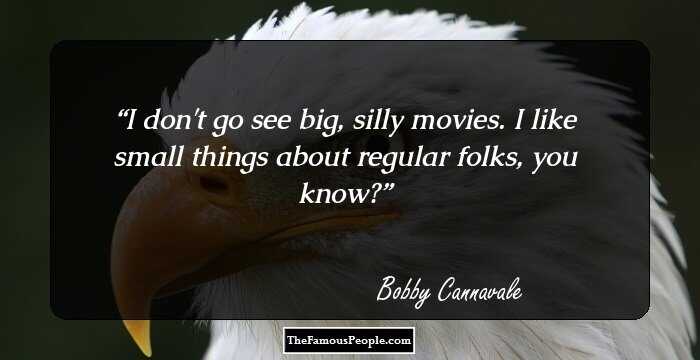 I don't go see big, silly movies. I like small things about regular folks, you know? 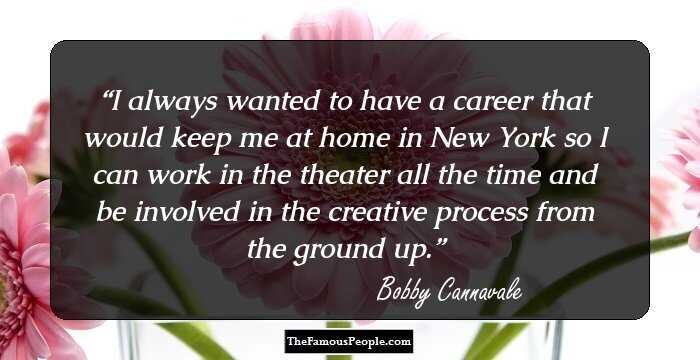 I always wanted to have a career that would keep me at home in New York so I can work in the theater all the time and be involved in the creative process from the ground up. 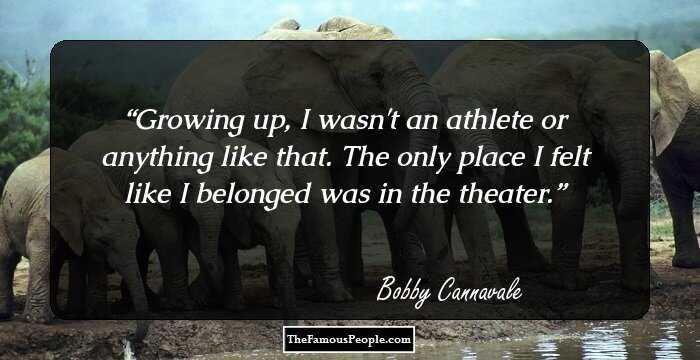 Growing up, I wasn't an athlete or anything like that. The only place I felt like I belonged was in the theater.

I like flawed characters very much. A lot of times I get asked to do parts that are kind of small but key - three-scene roles that are three kick-ass scenes. Growing up, watching as many movies as I did, I was always into character actors like that.