Famous As: Comedian, Actor, Professional Poker Player
Born On: March 31, 1945
Born In: Brooklyn, New York City, New York
Age: 76 Years
Gabe Kaplan is an American comedian, writer, and poker player, best known for playing âGabe Kotterâ in the TV sitcom âWelcome Back, Kotter,â from 1975 to 1979. He is also known for replacing âNorm MacDonaldâ as the commentator for the cash game poker series titled âHigh Stakes Poker,â in 2011. Gabe always dreamt of becoming a âMajor League Baseballâ player. Â However, he couldnât make it to a minor league team and decided to pursue a career as a stand-up comedian. He made his screen debut in the TV film âThe Love Boat,â in 1976. From 1973 to 1974, Gabe performed on âThe Tonight Show Starring Johny Carson. He was also seen in films, such as, âFast Breakâ (1979), âTulipsâ (1981), âJack the Dogâ (2001), and âThe Grandâ (2007). He was also seen in TV series, such as, ââBattle of the Network Starsâ (1976-78),âLewis & Clarkâ (1981-82), âMurder, She Wroteâ (1984), and âBoJack Horsemanâ (2019). We have curated some of Gabe Kaplan quotes on show business, comedy, belief, entertainer, big, etc.
Listed In:
Actors
Film & Theater Personalities 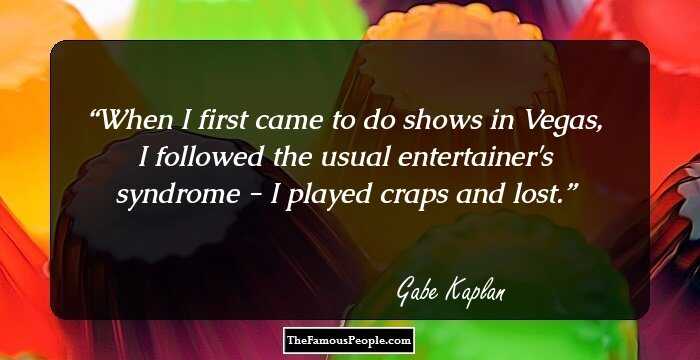 When I first came to do shows in Vegas, I followed the usual entertainer's syndrome - I played craps and lost. 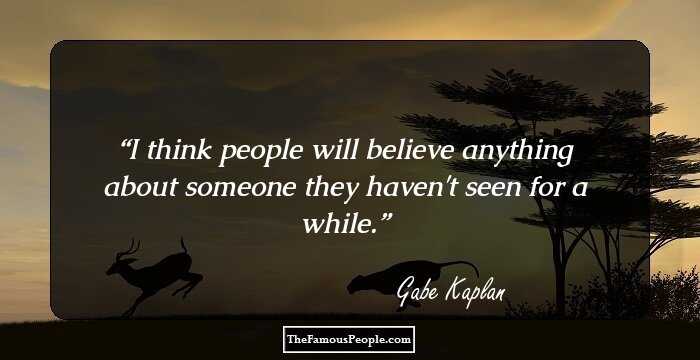 I think people will believe anything about someone they haven't seen for a while. 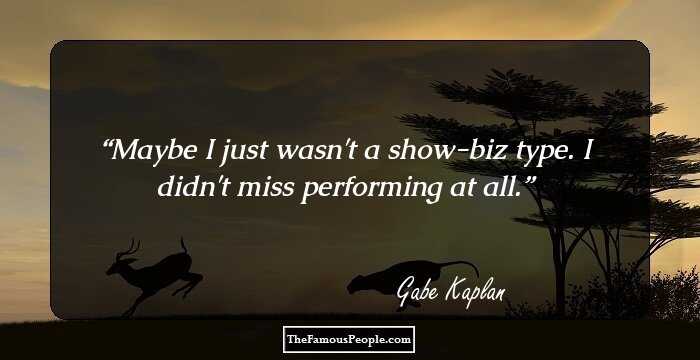 Maybe I just wasn't a show-biz type. I didn't miss performing at all. 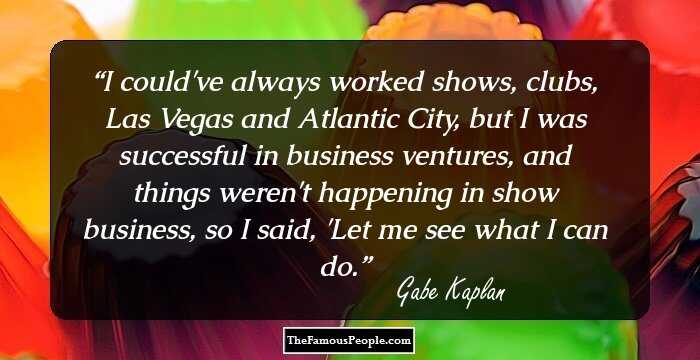 I could've always worked shows, clubs, Las Vegas and Atlantic City, but I was successful in business ventures, and things weren't happening in show business, so I said, 'Let me see what I can do. 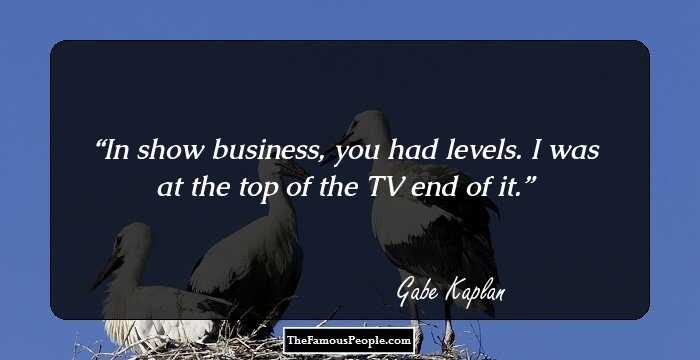 In show business, you had levels. I was at the top of the TV end of it.