Keith David is an American comedian, actor, singer, and voice actor. He is best-known for portraying King in anti-war film âPlatoonâ and for playing âChildsâ in the science-fiction horror film âThe Thing.â He has also appeared in various mainstream films, including the comedy film âBarbershop,â drama film âCrash,â action black comedy film âMen at Work,â and romantic comedy film âThereâs Something About Mary.â He has also played a number of important roles in cult favourites like, âArmageddon,â âPitch Black,â âRequiem for a Dream,â âThe Chronicles of Riddick,â and âThey Live.â Following is a collection of sayings and quotes by Keith David, which have been excerpted from his movies, lyrics, interviews, dialogues, etc. 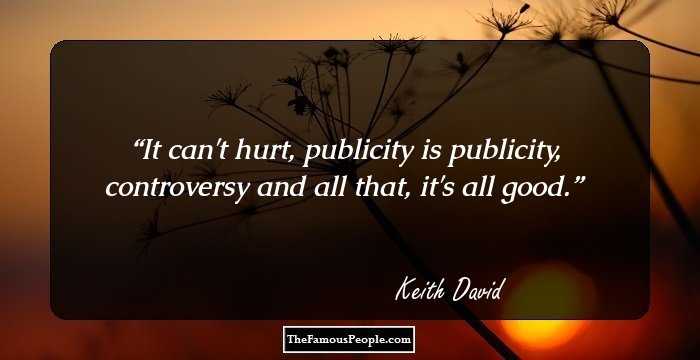 It can't hurt, publicity is publicity, controversy and all that, it's all good. 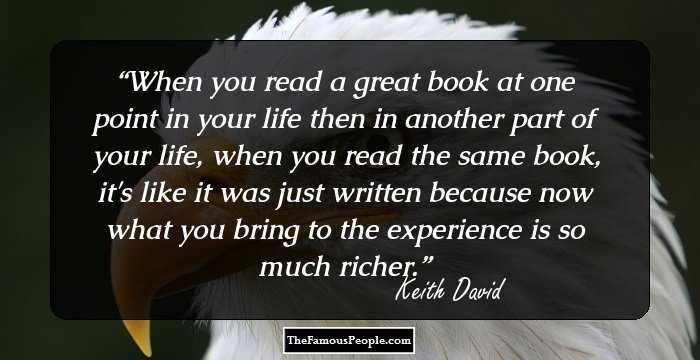 When you read a great book at one point in your life then in another part of your life, when you read the same book, it's like it was just written because now what you bring to the experience is so much richer. 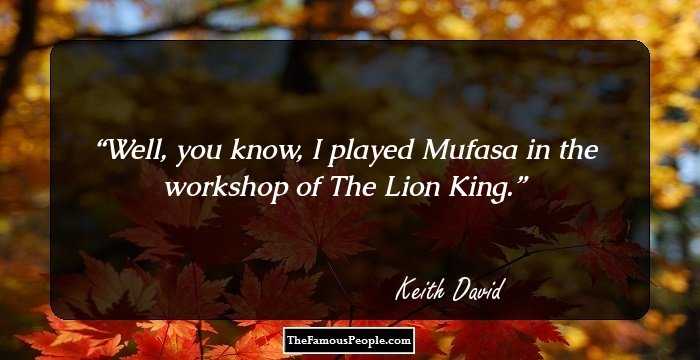 Well, you know, I played Mufasa in the workshop of The Lion King. 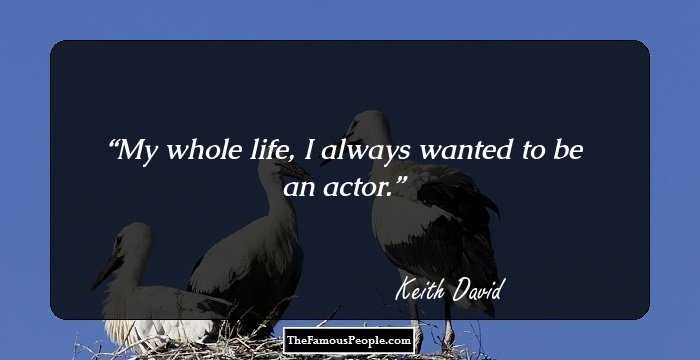 My whole life, I always wanted to be an actor. 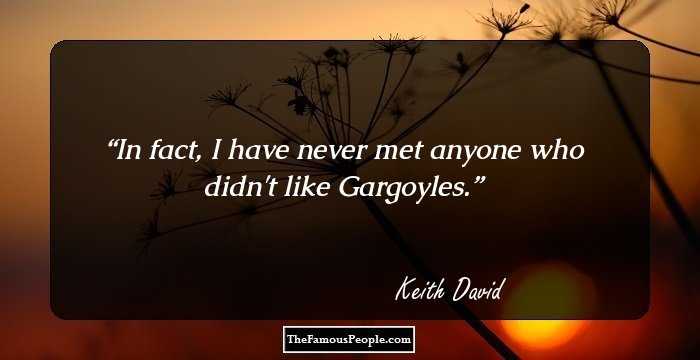 In fact, I have never met anyone who didn't like Gargoyles. 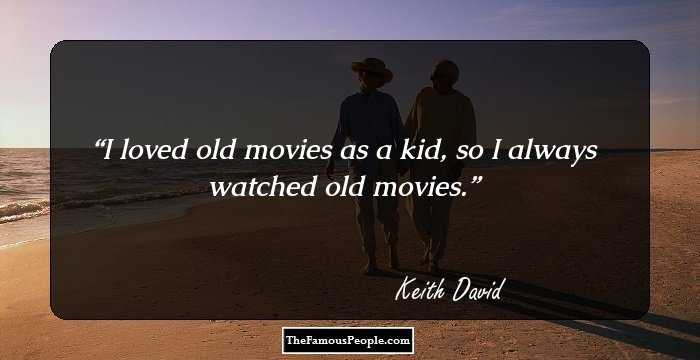 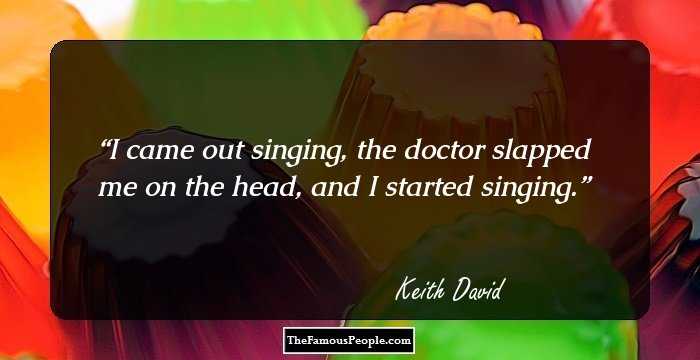 I came out singing, the doctor slapped me on the head, and I started singing. 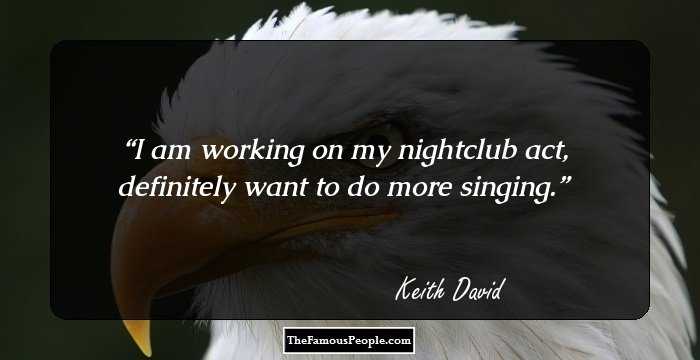 I am working on my nightclub act, definitely want to do more singing. 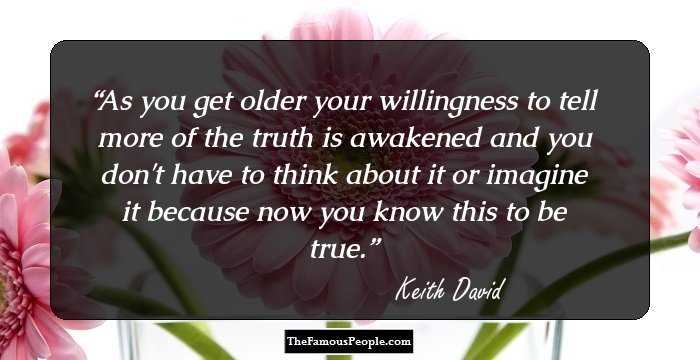 As you get older your willingness to tell more of the truth is awakened and you don't have to think about it or imagine it because now you know this to be true. 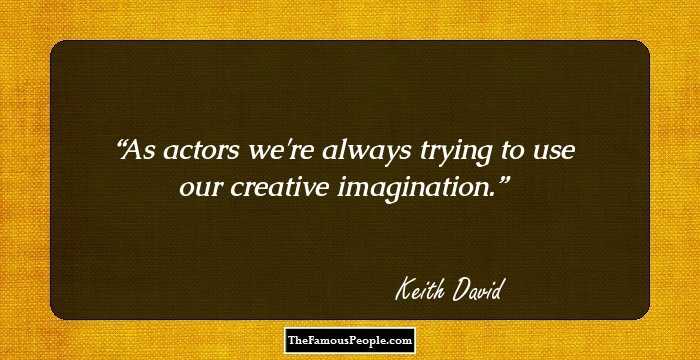 As actors we're always trying to use our creative imagination. 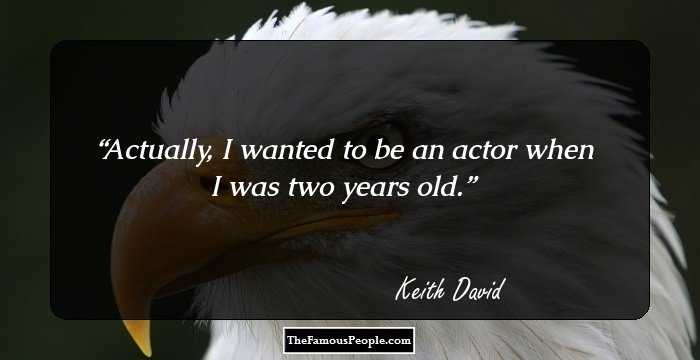 Actually, I wanted to be an actor when I was two years old.

What has been happening more lately - of course, I also put in my bio, I say I do the voice of Goliath, but some people go - you know, I say something, and it's a funny thing when you work in this business, people will talk out loud in front of you like you're not there. 15 Quotes By Victor Borge, The Clown Prince Of Denmark