Charlton Heston was an American actor and political activist. His acting career spanned more than six decades and he appeared in over hundred films. He earned an âAcademy Awardâ for his performance in âBen-Hur.â He bagged a âGolden Globeâ nomination for âThe Ten Commandments.â He was a vigorous adherent of the âCivil Rights Movementâ and one of the very few people from Hollywood who spoke against racism publicly. We have collected some popular quotes by Charlton Heston on sarcasm, belief, country, wisdom, silence, racism, freedom, socialism, honesty, love, life, war, military, giving-up, law, rights, population, world, etc. 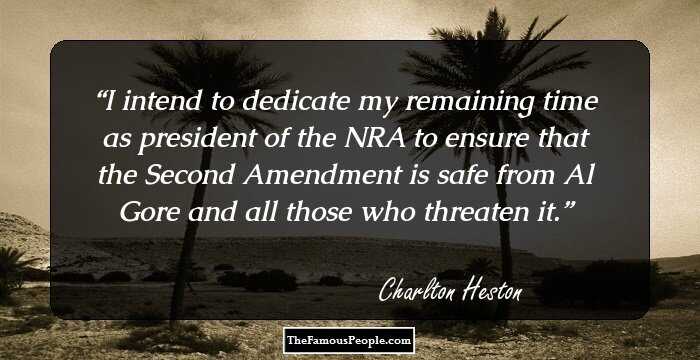 I intend to dedicate my remaining time as president of the NRA to ensure that the Second Amendment is safe from Al Gore and all those who threaten it. 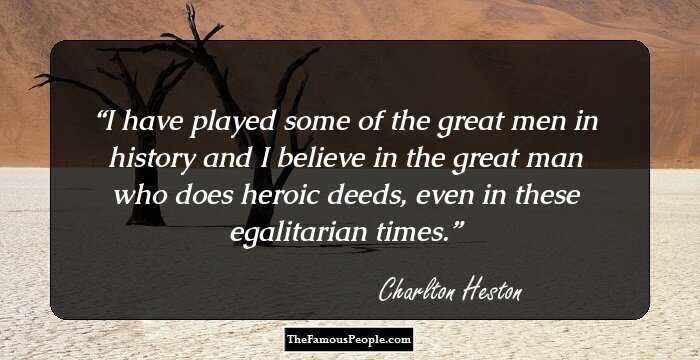 I have played some of the great men in history and I believe in the great man who does heroic deeds, even in these egalitarian times. 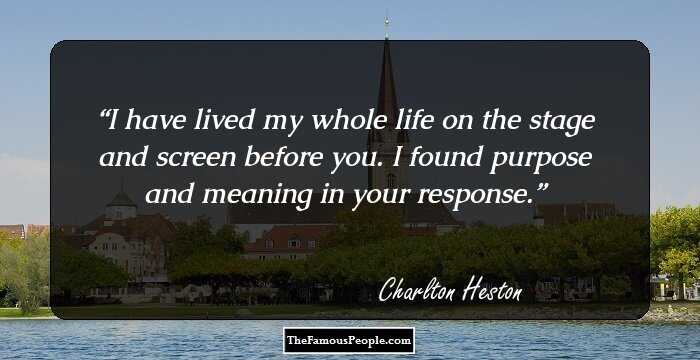 I have lived my whole life on the stage and screen before you. I found purpose and meaning in your response. 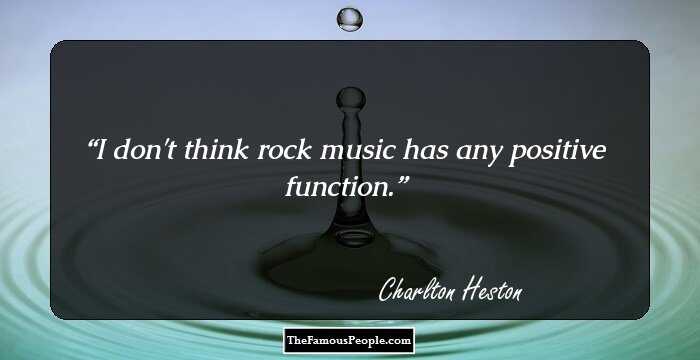 I don't think rock music has any positive function. 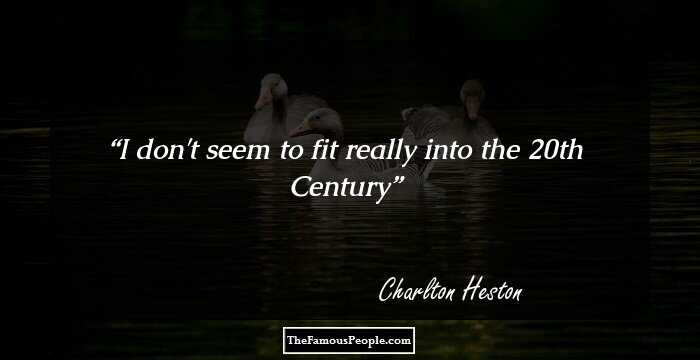 I don't seem to fit really into the 20th Century 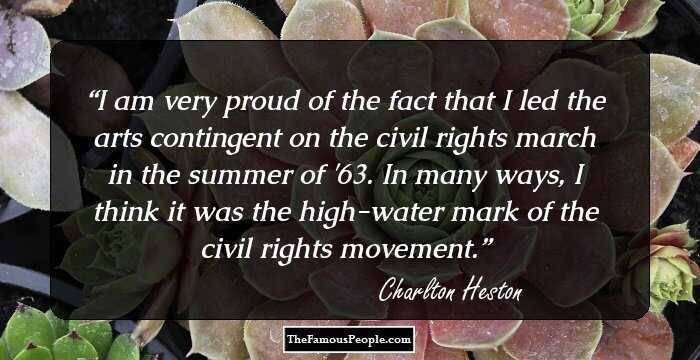 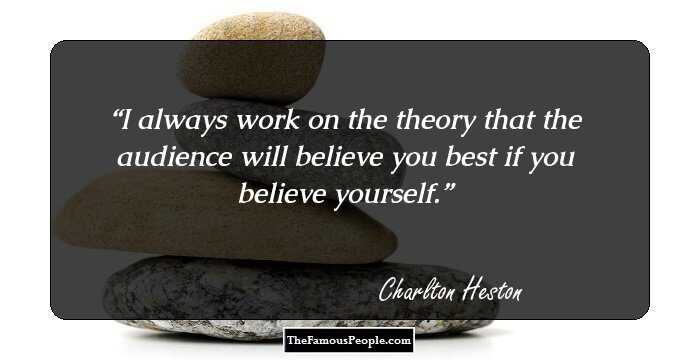 I always work on the theory that the audience will believe you best if you believe yourself. 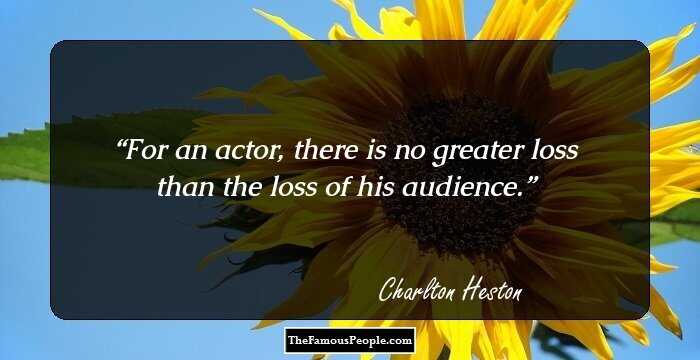 For an actor, there is no greater loss than the loss of his audience. 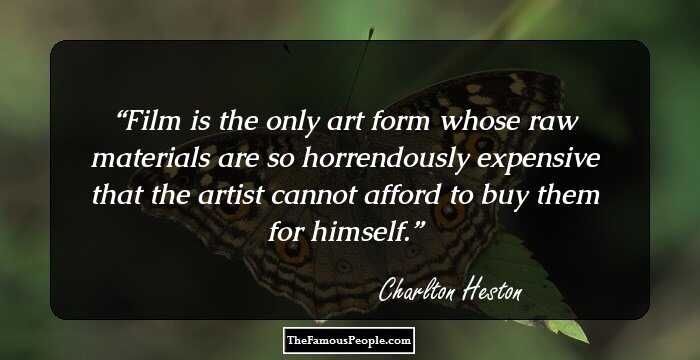 Film is the only art form whose raw materials are so horrendously expensive that the artist cannot afford to buy them for himself. 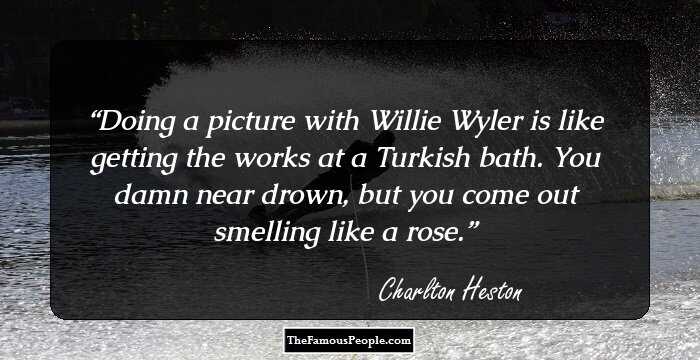 Doing a picture with Willie Wyler is like getting the works at a Turkish bath. You damn near drown, but you come out smelling like a rose. 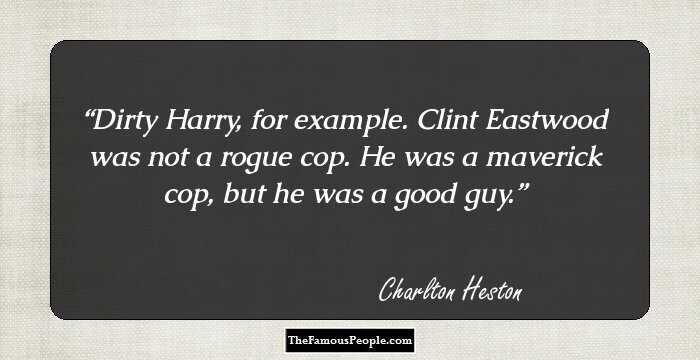 Dirty Harry, for example. Clint Eastwood was not a rogue cop. He was a maverick cop, but he was a good guy. 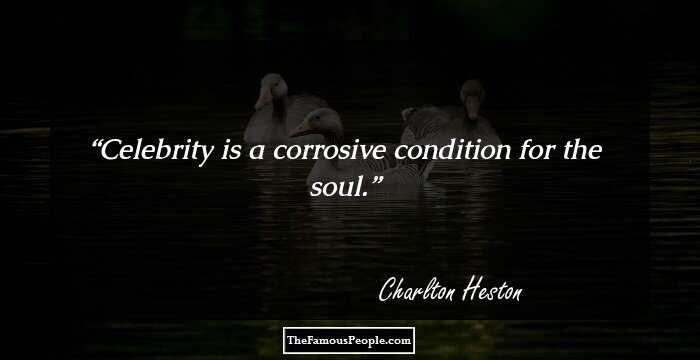 Celebrity is a corrosive condition for the soul. 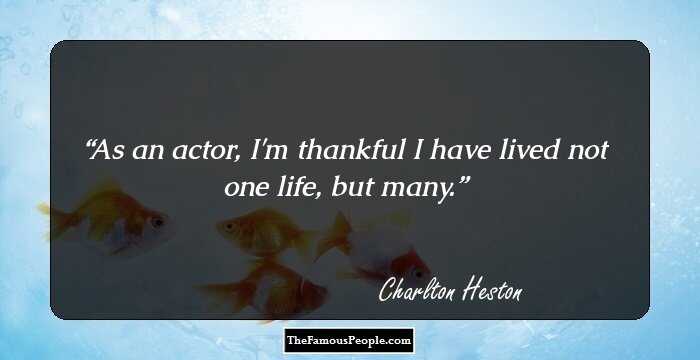 As an actor, I'm thankful I have lived not one life, but many. 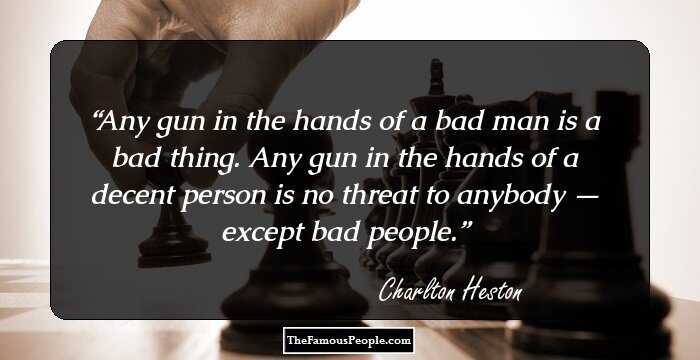 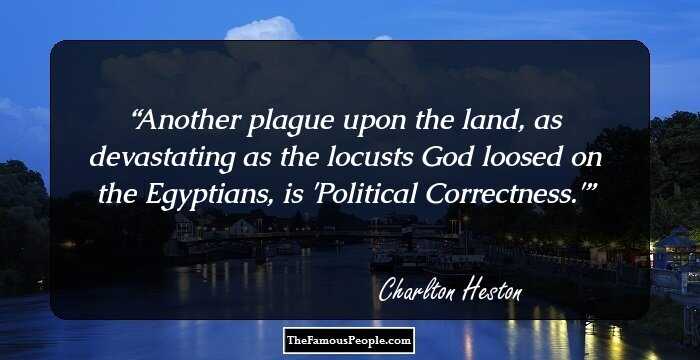 Another plague upon the land, as devastating as the locusts God loosed on the Egyptians, is 'Political Correctness.' 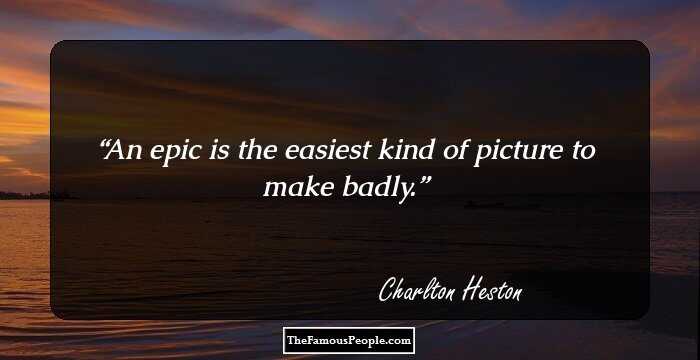 An epic is the easiest kind of picture to make badly. 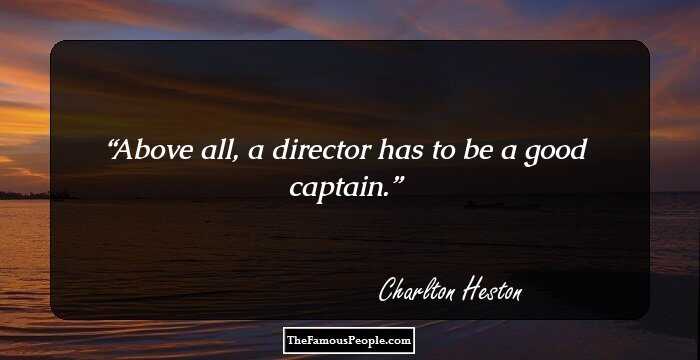 Above all, a director has to be a good captain. 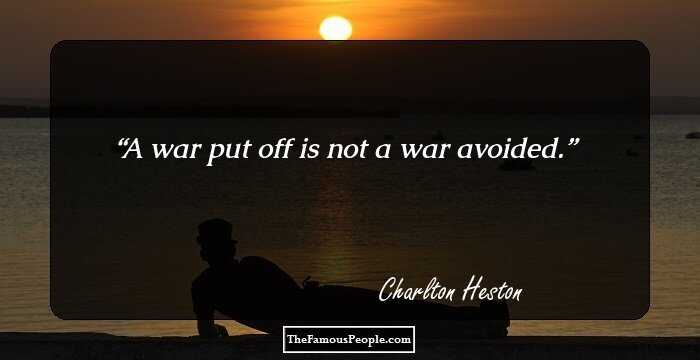 A war put off is not a war avoided. 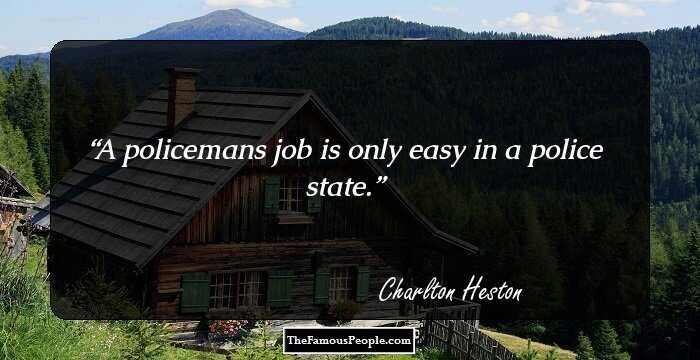 A policemans job is only easy in a police state. 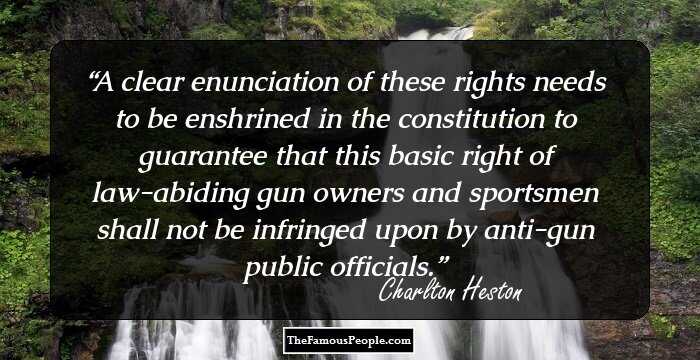 A clear enunciation of these rights needs to be enshrined in the constitution to guarantee that this basic right of law-abiding gun owners and sportsmen shall not be infringed upon by anti-gun public officials.

And their pals vote for their stuff when they're not on the panel, and it just keeps going that way. And they tend to be very fringe artists, so anything before the 20th century is not worth considering. This is out of date.

As I have stood in the crosshairs of those who target Second Amendment freedoms, I've realized that firearms are not the only issue. No, it's much, much bigger than that. I've come to understand that a cultural war is raging across our land, in which, with Orwellian fervor, certain acceptable thoughts and speech are mandated.

As is well know, I, ah..regard myself as a religious man, yet I belong to no church. I'm an able soldier yet I abhor armies. I can even add that I've been introduced to hundreds of women but never married. in other words no one's ever talked me into anything.

Clergymen tend to be unreliable and pompous figures. Seldom Jewish rabbis, less often Catholic priests, but Protestant ministers tend to be... not really very admirable. Not necessarily evil, but silly. And wrong, of course.

I believe that we are again engaged in a great civil war, a cultural way that's about to hijack your birthright to think and say what resides in your heart. I fear you no longer trust the pulsing lifeblood of liberty inside you... the stuff that made this country rise from wilderness into the miracle that it is.

I simply cannot stand by and watch a right guaranteed by the Constitution of the United States come under attack from those who either can't understand it, don't like the sound of it, or find themselves too philosophically squeamish to see why it remains the first among equals: Because it is the right we turn to when all else fails. That's why the Second Amendment is America's first freedom.