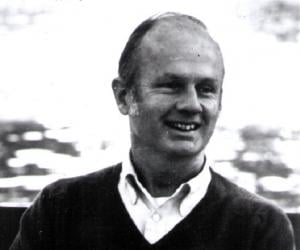 Famous As: Educationist, Writer, Teacher
Born On: April 14, 1923
Died On: September 14, 1985
Born In: New York City, New York, United States
Died At Age: 62
John Holt was a distinguished American educator, proponent of homeschooling and the unschooling approach, pioneer of youth rights theory and author. After working in the school system for several years, he got disillusioned with it. He started advocating homeschooling as he got convinced with the thought that reforming the school system was not possible. His stressed the point that children should be given the freedom to follow their own interests and should be given an assortment of resources. He believed that children should not be coerced into learning. This eventually led to the line of thought called âUnschoolingâ. In 1977, he founded âGrowing Without Schoolingâ which became Americaâs first home education newsletter. Following is a corpus of thoughts, opinions and viewpoints shared by John Holt which are used as quotable quotes and sayings. Zoom through the quotes and sayings by John Holt on future, child, problems, attention, fee, experience, leadership, homeschooling, parenting and more.
Listed In:
Writers
Quotes by Famous People 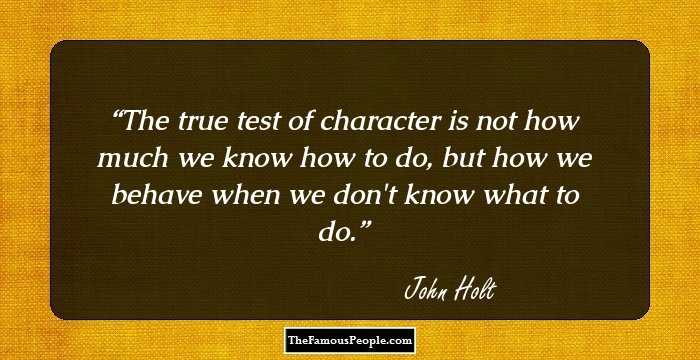 The true test of character is not how much we know how to do, but how we behave when we don't know what to do. 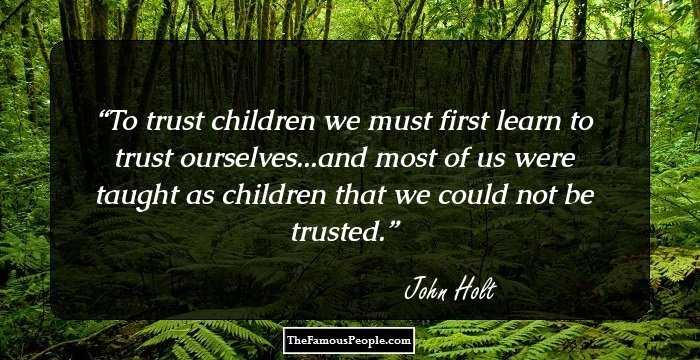 To trust children we must first learn to trust ourselves...and most of us were taught as children that we could not be trusted. 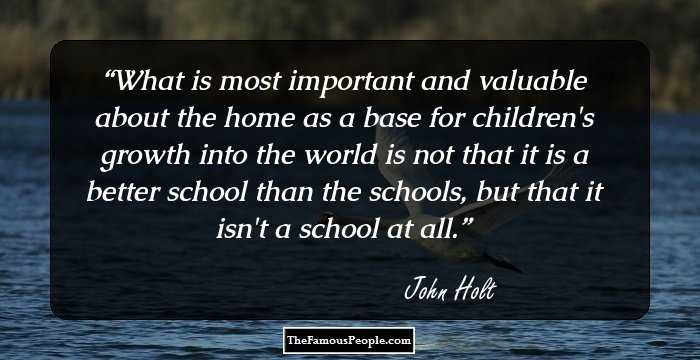 What is most important and valuable about the home as a base for children's growth into the world is not that it is a better school than the schools, but that it isn't a school at all. 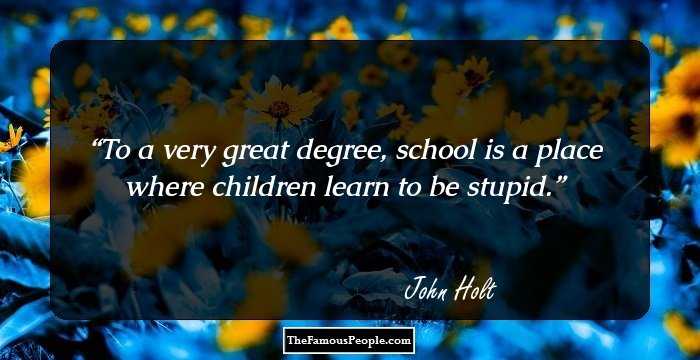 To a very great degree, school is a place where children learn to be stupid. 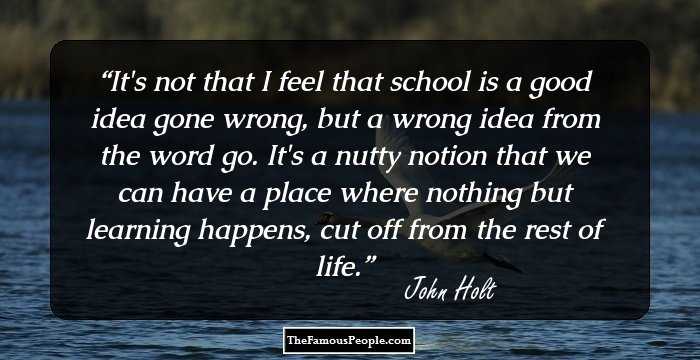 It's not that I feel that school is a good idea gone wrong, but a wrong idea from the word go. It's a nutty notion that we can have a place where nothing but learning happens, cut off from the rest of life. 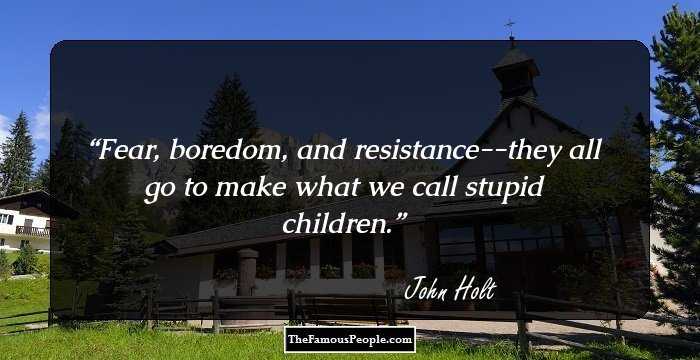 Fear, boredom, and resistance--they all go to make what we call stupid children. 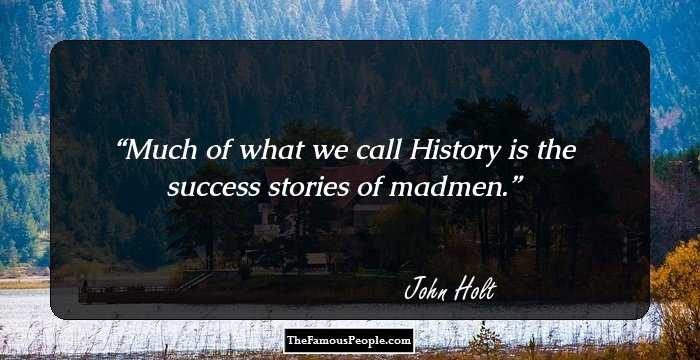 Much of what we call History is the success stories of madmen. 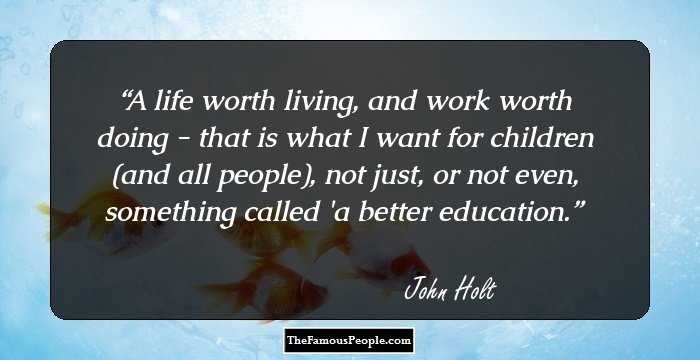 A life worth living, and work worth doing - that is what I want for children (and all people), not just, or not even, something called 'a better education. 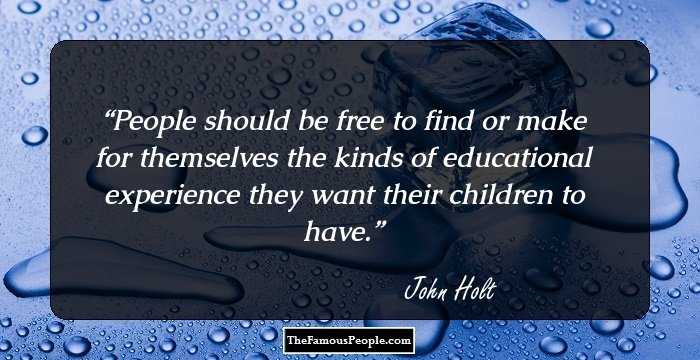 People should be free to find or make for themselves the kinds of educational experience they want their children to have. 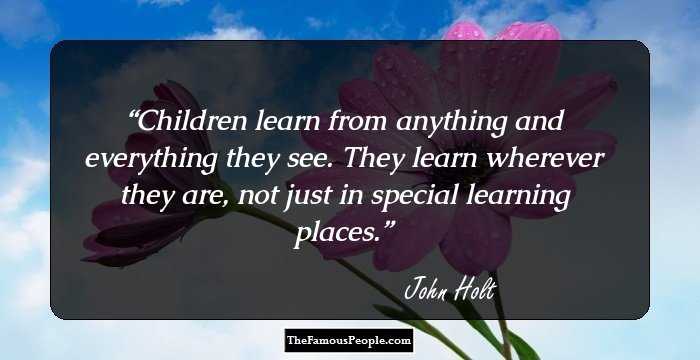 Children learn from anything and everything they see. They learn wherever they are, not just in special learning places. 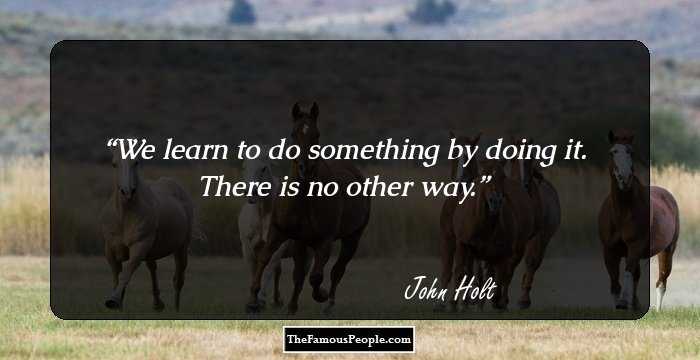 We learn to do something by doing it. There is no other way. 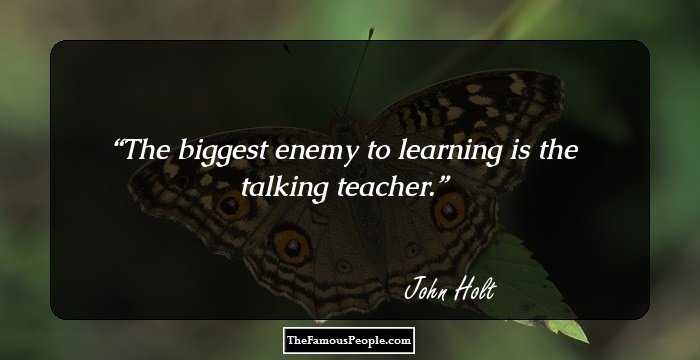 The biggest enemy to learning is the talking teacher. 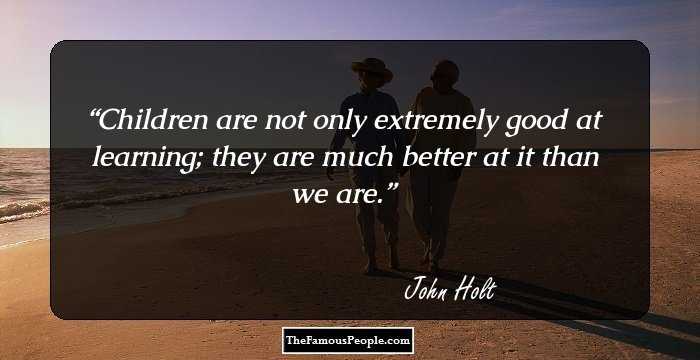 Children are not only extremely good at learning; they are much better at it than we are. 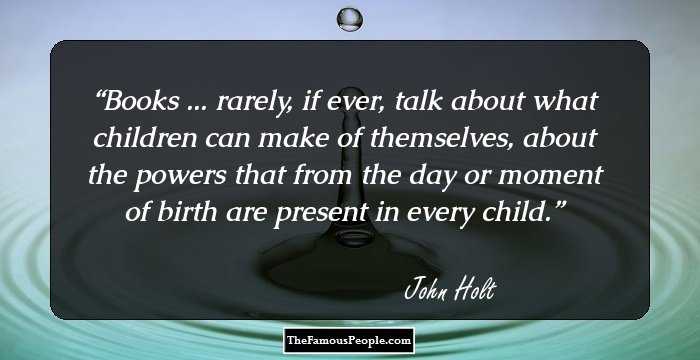 Books ... rarely, if ever, talk about what children can make of themselves, about the powers that from the day or moment of birth are present in every child. 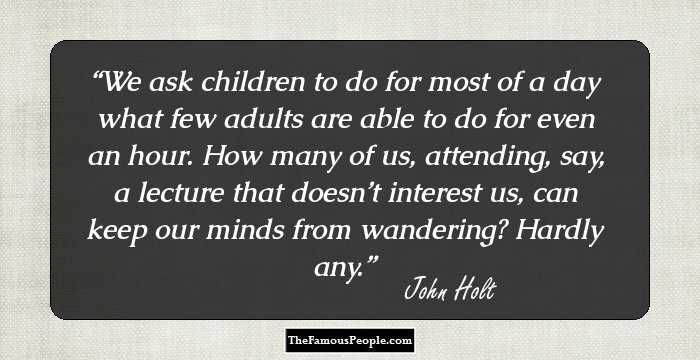 We ask children to do for most of a day what few adults are able to do for even an hour. How many of us, attending, say, a lecture that doesn’t interest us, can keep our minds from wandering? Hardly any. 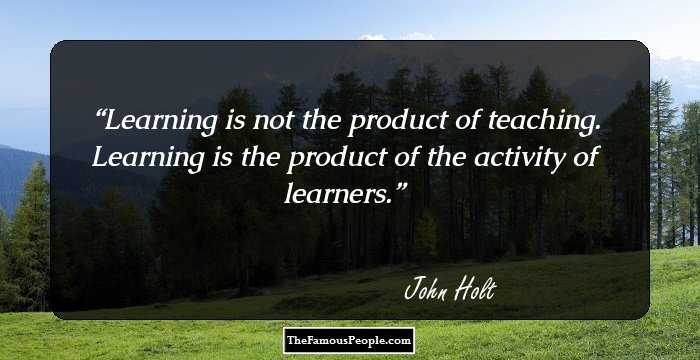 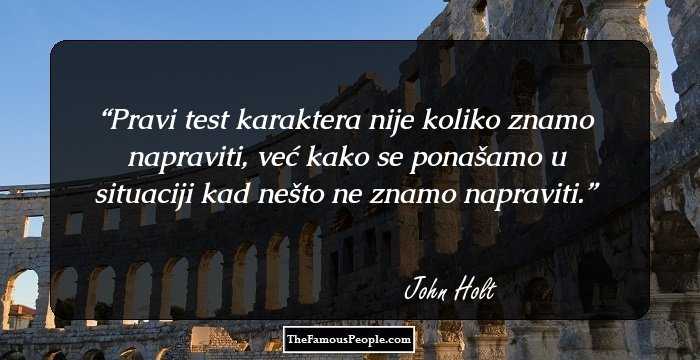 26 Inspiring Quotes By Clara Barton For The Samaritan