David Ayer is an American director, producer, and screenwriter. He is best known for co-writing the crime-adventure film âThe Fast and the Furiousâ (2001). He made his directorial debut in âHarsh Times,â in 2005. He is also known for directing some record-breaking films, such as âStreet Kingsâ (2008), âFuryâÂ (2014),Â âSuicide SquadâÂ (2016), which is his biggest commercial success till date; and âBrightâÂ (2017). He made his debut as a screenwriter in French-American submarine film âU-571,â in 2000. He made his debut as a producer in the 2001 film âTraining Day.â Some of his least successful films are âSabotageâ (2014) and âTaking Livesâ (2004). As an actor, he has appeared in films, such as âTraining Day,â âStreet Kings,â and âSuicide Squad.â He is currently writing scripts for upcoming films, such as âThe Tax Collectorâ (2019), âBirds of Preyâ (2019), âThe Wild Bunchâ (TBA), and âBright 2â (TBA). 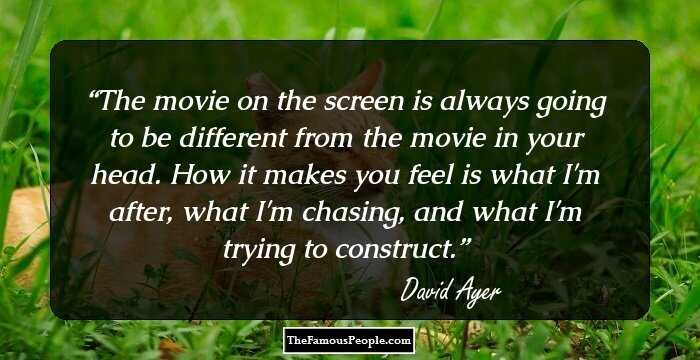 The movie on the screen is always going to be different from the movie in your head. How it makes you feel is what I'm after, what I'm chasing, and what I'm trying to construct. 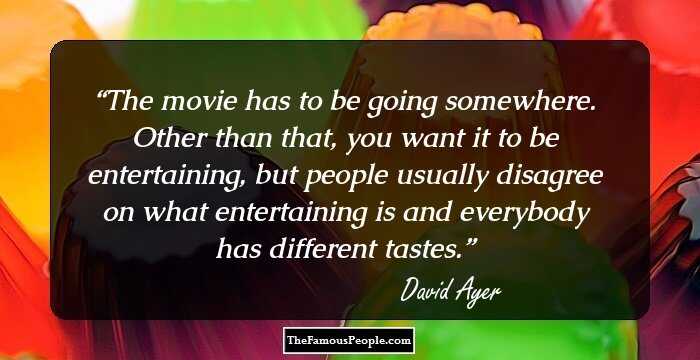 The movie has to be going somewhere. Other than that, you want it to be entertaining, but people usually disagree on what entertaining is and everybody has different tastes. 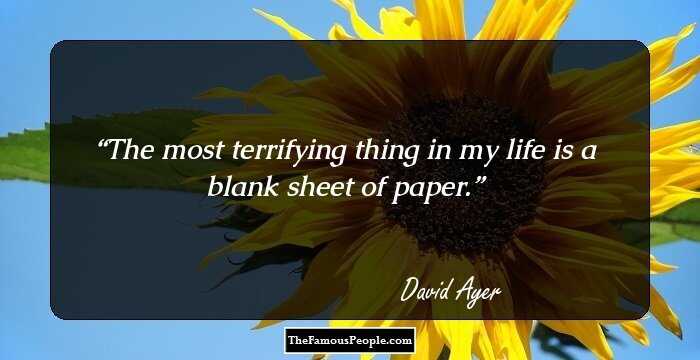 The most terrifying thing in my life is a blank sheet of paper. 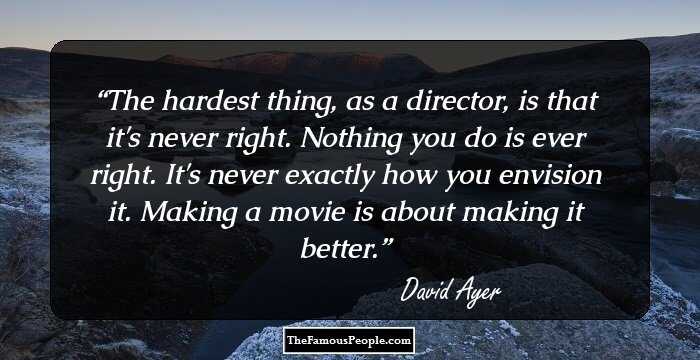 The hardest thing, as a director, is that it's never right. Nothing you do is ever right. It's never exactly how you envision it. Making a movie is about making it better. 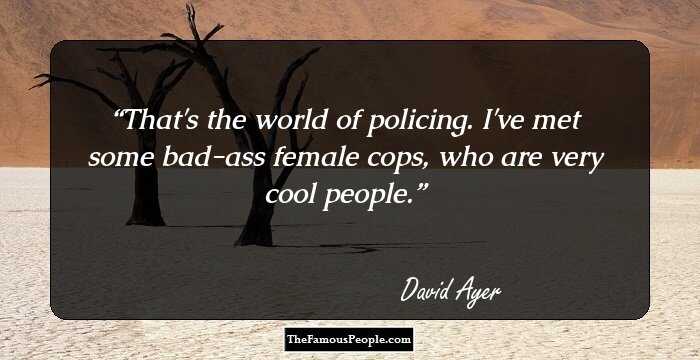 That's the world of policing. I've met some bad-ass female cops, who are very cool people. 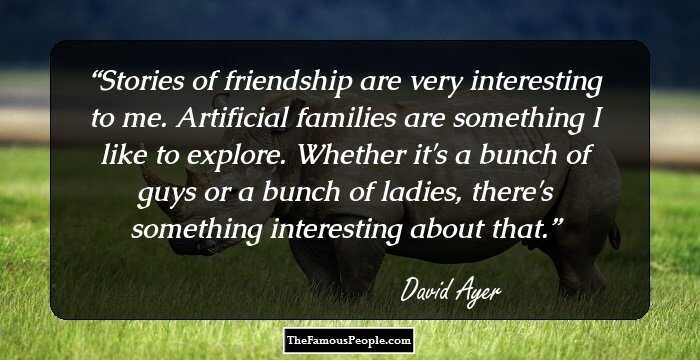 Stories of friendship are very interesting to me. Artificial families are something I like to explore. Whether it's a bunch of guys or a bunch of ladies, there's something interesting about that. 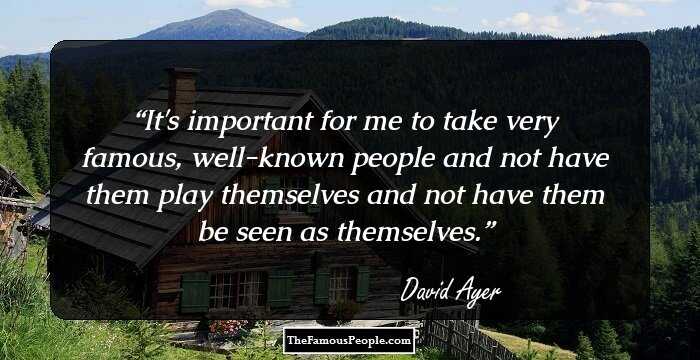 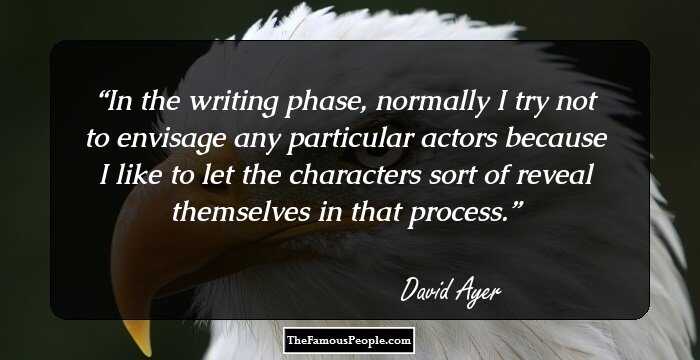 In the writing phase, normally I try not to envisage any particular actors because I like to let the characters sort of reveal themselves in that process. 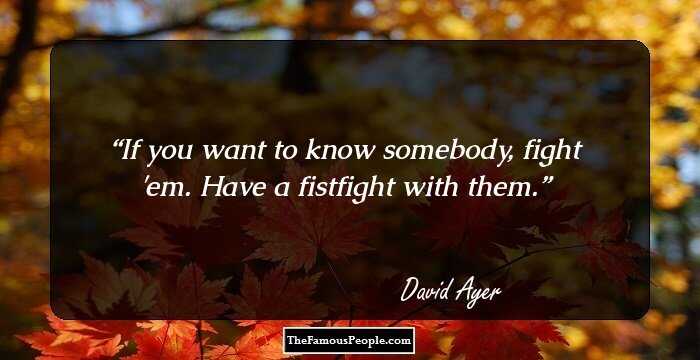 If you want to know somebody, fight 'em. Have a fistfight with them. 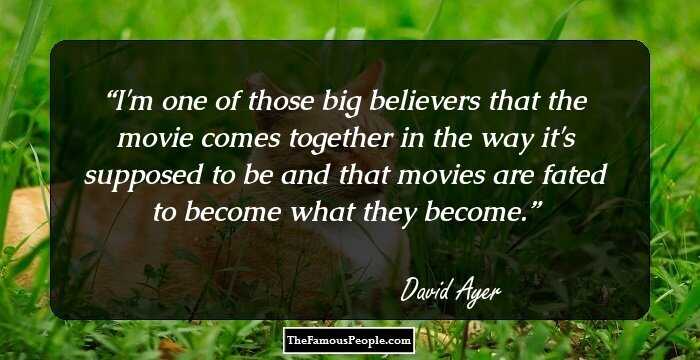 I'm one of those big believers that the movie comes together in the way it's supposed to be and that movies are fated to become what they become. 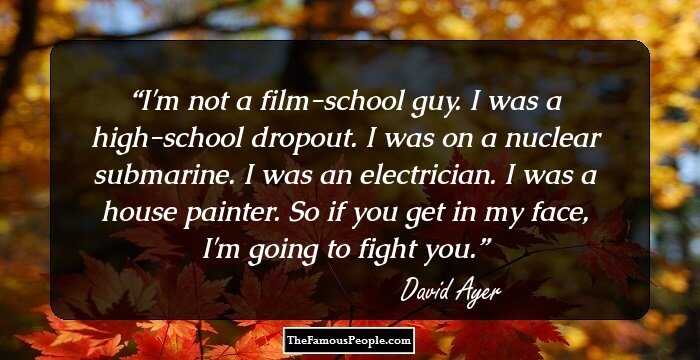 I'm not a film-school guy. I was a high-school dropout. I was on a nuclear submarine. I was an electrician. I was a house painter. So if you get in my face, I'm going to fight you. 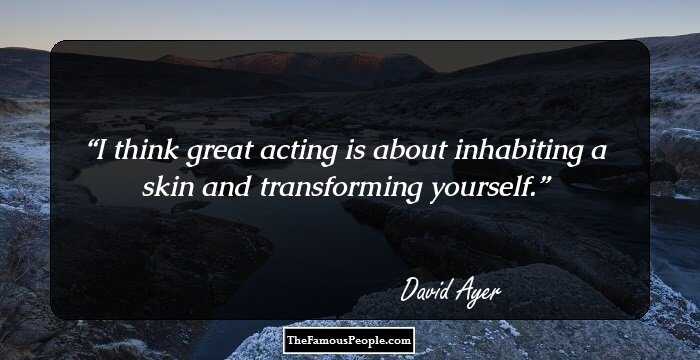 I think great acting is about inhabiting a skin and transforming yourself. 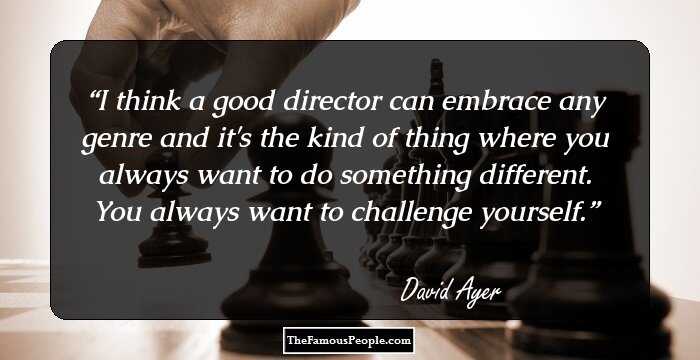 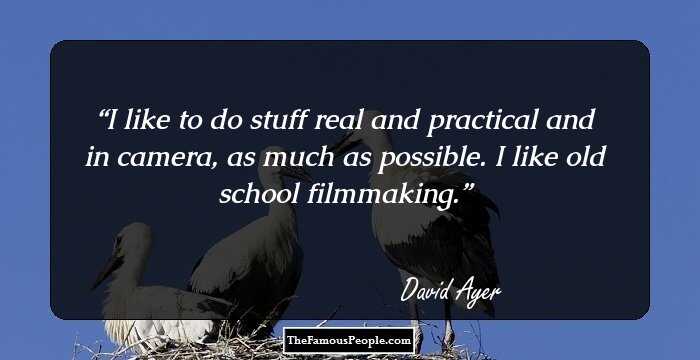 I like to do stuff real and practical and in camera, as much as possible. I like old school filmmaking. 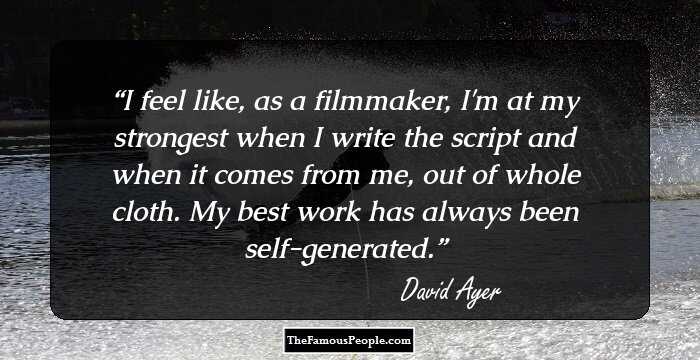 I feel like, as a filmmaker, I'm at my strongest when I write the script and when it comes from me, out of whole cloth. My best work has always been self-generated. 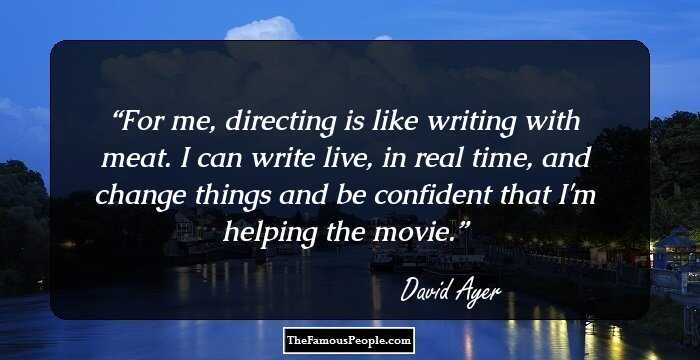 For me, directing is like writing with meat. I can write live, in real time, and change things and be confident that I'm helping the movie. 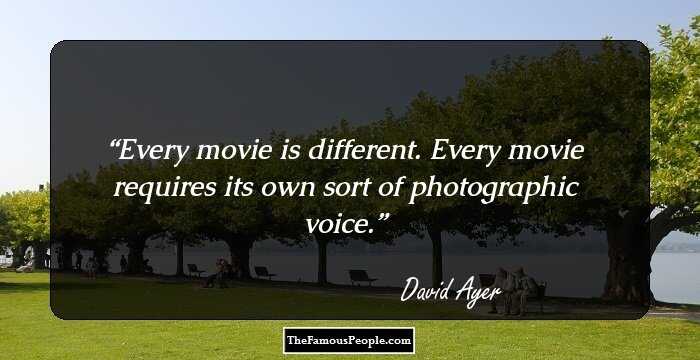 Every movie is different. Every movie requires its own sort of photographic voice. 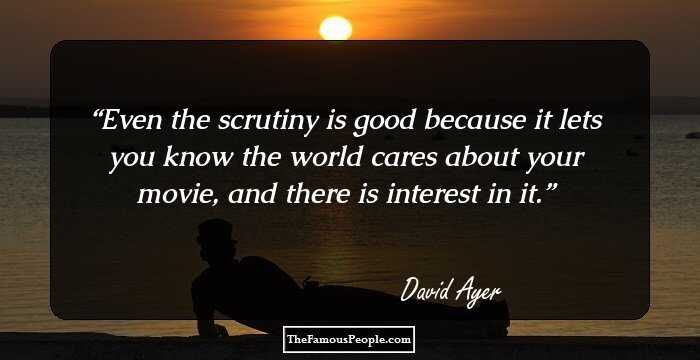 Even the scrutiny is good because it lets you know the world cares about your movie, and there is interest in it. 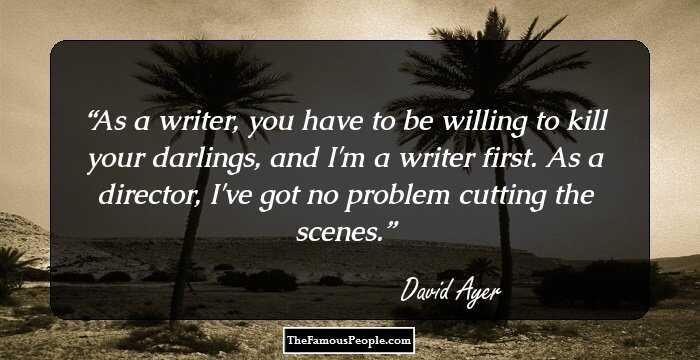 As a writer, you have to be willing to kill your darlings, and I'm a writer first. As a director, I've got no problem cutting the scenes. 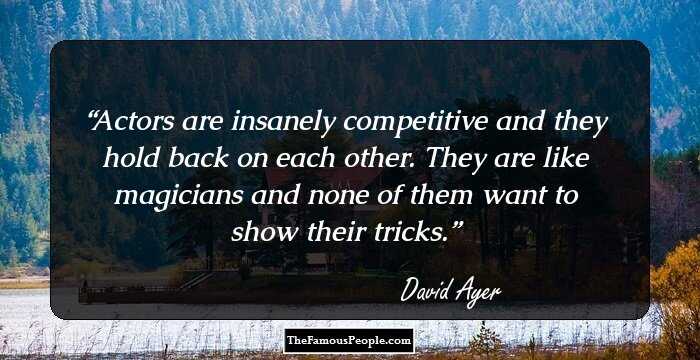 Actors are insanely competitive and they hold back on each other. They are like magicians and none of them want to show their tricks.

Actors are like kids, they need to play a little bit. And that's the nature of their job, they need to shake off some energy and then you as the director get them back on track. When you do loosen up the reins, you get some amazing things, but you have to wring out the performances for every last good drop.

For me, I like to show what guys are like when no one is looking and how we really are, and that we can be emotional and have these emotional lives. I think it would be great to do a film where we see some females and what's going on there when we're not around.

I'm a veteran, and I come from a family of veterans and people who served in that war. And the stories that I heard were a hell of a lot different than the movies that I was seeing, so I wanted to make a movie about the people that were really there.

I'm all about real drama, real performance, and real people, so my twist on this is: I'm creating a family, a brotherhood here. I'm creating a very real chemistry and I have this incredible ensemble of actors led by Will Smith, who are basically playing dimensional characters with lives and souls.

It was a distortion, a mercenary decision to create this parallel history in order to drive the movie for an American audience, Both my grandparents were officers in World War Two, and I would be personally offended if somebody distorted their achieve.