James Gunn is an American actor, producer, film director, and screenwriter. He started his career in the mid-1990s as a screenwriter. âSlitherâ marked his directorial debut. Some of his other noteworthy works as an actor, writer, and director include âGuardians of the Galaxy,â âThe Suicide Squad,â âGuardians of the Galaxy Vol.2,â âSuper,â amongst various others. Go through the collection of quotes by James Gunn on independence, past, kids, change, humanity, travelling, people, world, childhood, fiction, development, sci-fi, talent, success, life, soul, experience, etc. 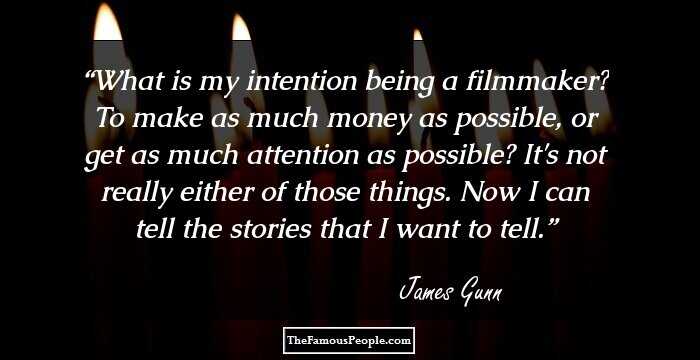 What is my intention being a filmmaker? To make as much money as possible, or get as much attention as possible? It's not really either of those things. Now I can tell the stories that I want to tell. 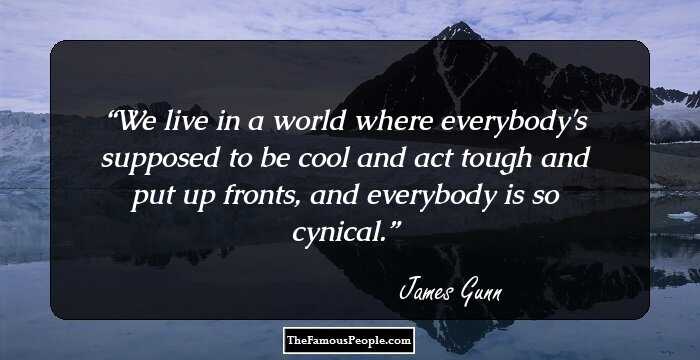 We live in a world where everybody's supposed to be cool and act tough and put up fronts, and everybody is so cynical. 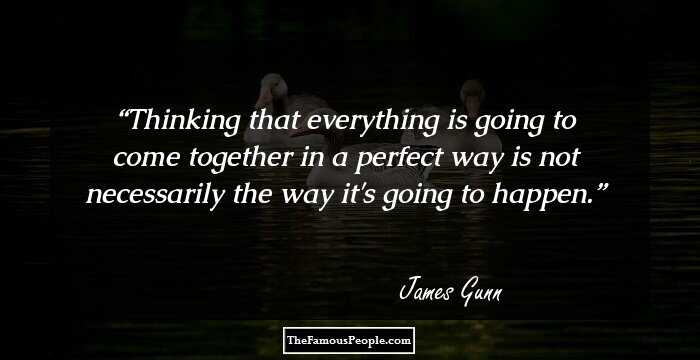 Thinking that everything is going to come together in a perfect way is not necessarily the way it's going to happen. 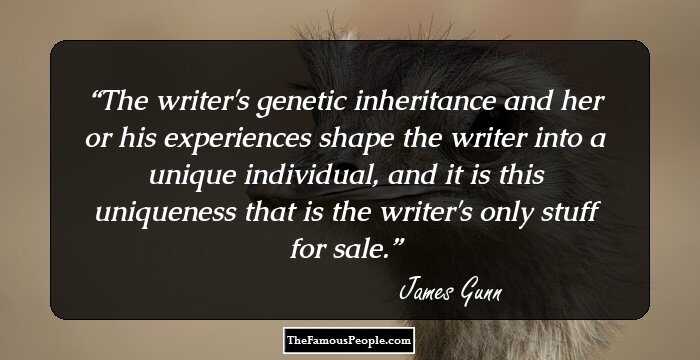 The writer's genetic inheritance and her or his experiences shape the writer into a unique individual, and it is this uniqueness that is the writer's only stuff for sale. 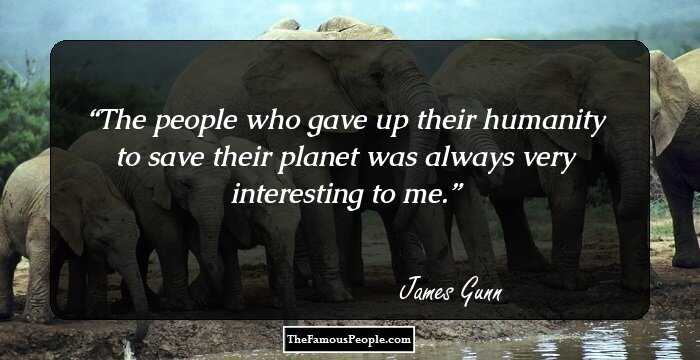 The people who gave up their humanity to save their planet was always very interesting to me. 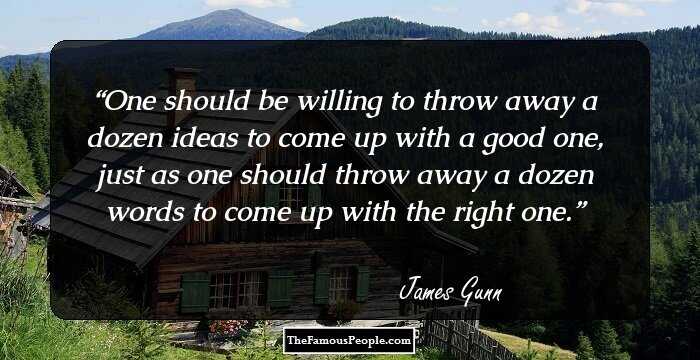 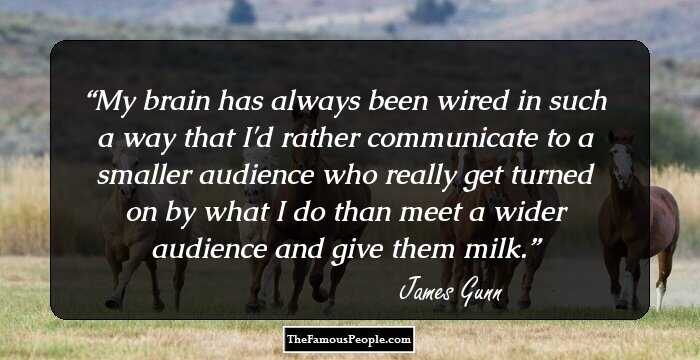 My brain has always been wired in such a way that I'd rather communicate to a smaller audience who really get turned on by what I do than meet a wider audience and give them milk. 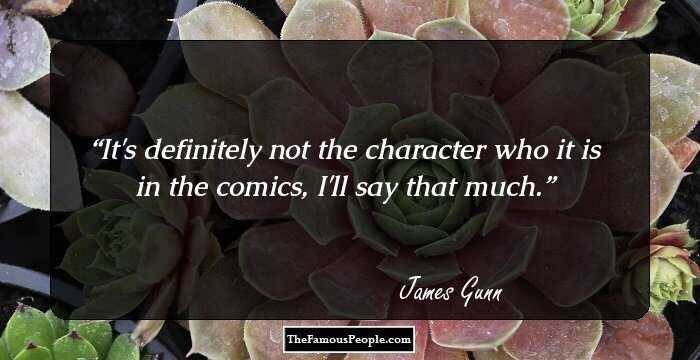 It's definitely not the character who it is in the comics, I'll say that much. 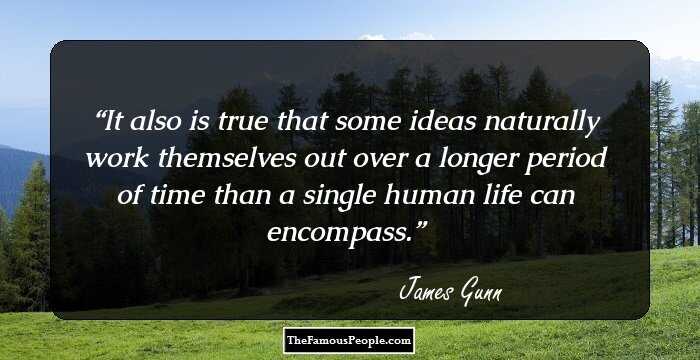 It also is true that some ideas naturally work themselves out over a longer period of time than a single human life can encompass. 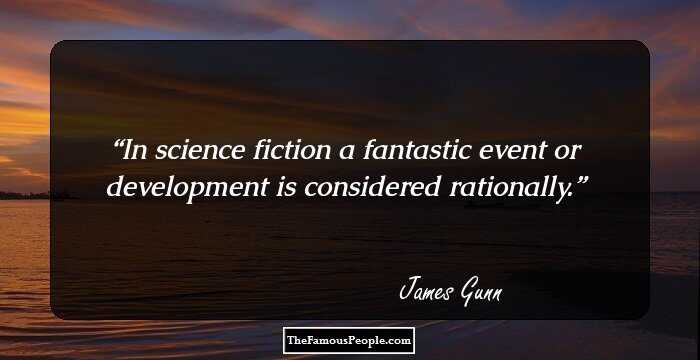 In science fiction a fantastic event or development is considered rationally. 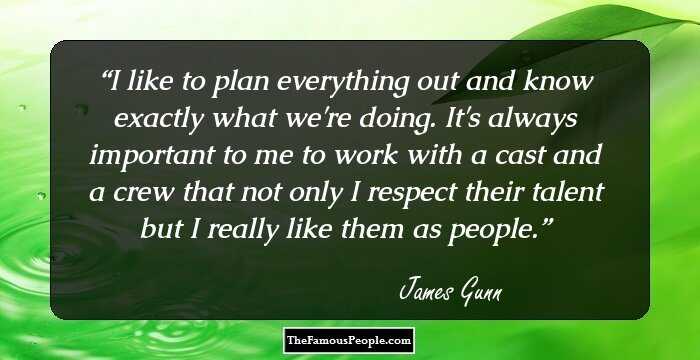 I like to plan everything out and know exactly what we're doing. It's always important to me to work with a cast and a crew that not only I respect their talent but I really like them as people. 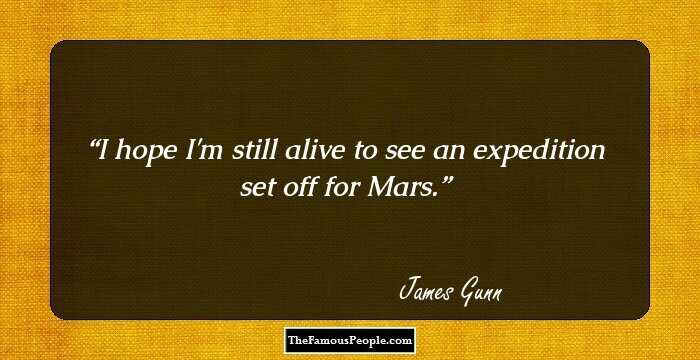 I hope I'm still alive to see an expedition set off for Mars. 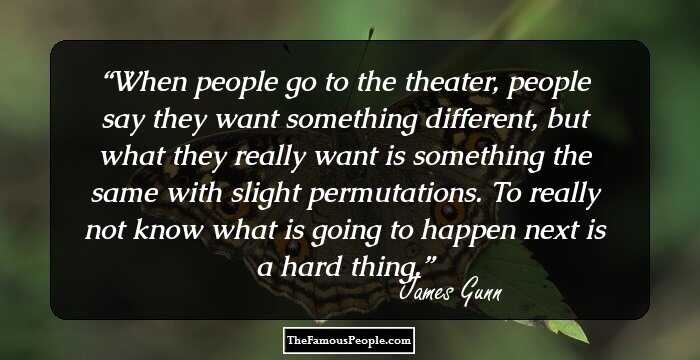 When people go to the theater, people say they want something different, but what they really want is something the same with slight permutations. To really not know what is going to happen next is a hard thing. 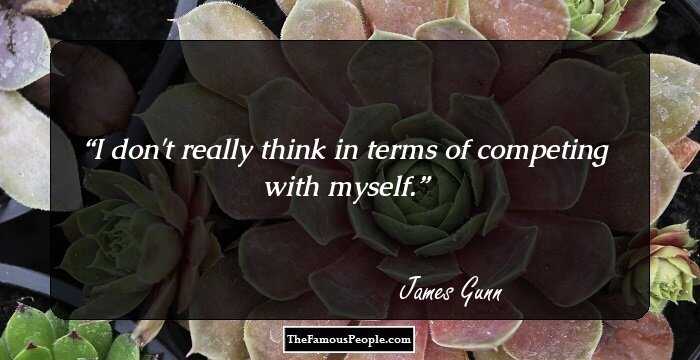 I don't really think in terms of competing with myself. 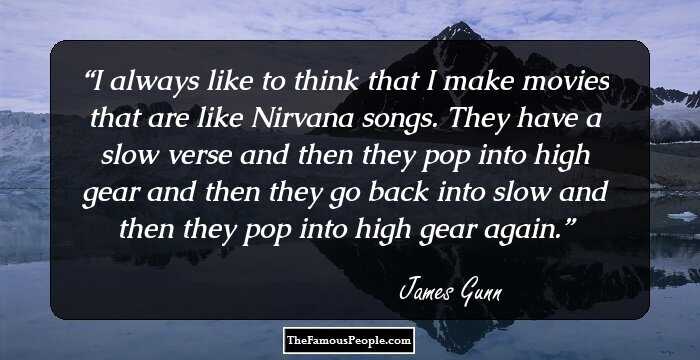 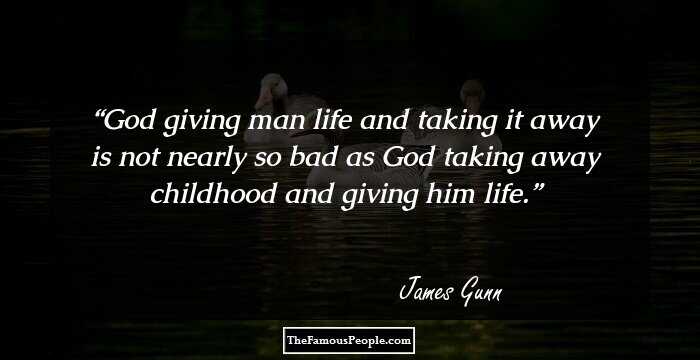 God giving man life and taking it away is not nearly so bad as God taking away childhood and giving him life. 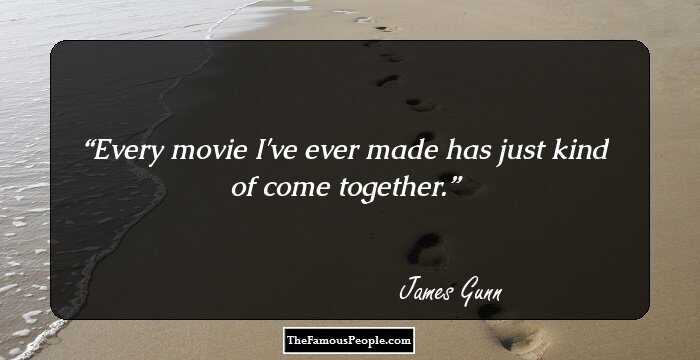 Every movie I've ever made has just kind of come together.

I don't know if there is any one secret to successful writing, but one important step is to move beyond imitation and discover what you can write that no one else can - that is, find out who you are and write that in an appropriate narrative and style. 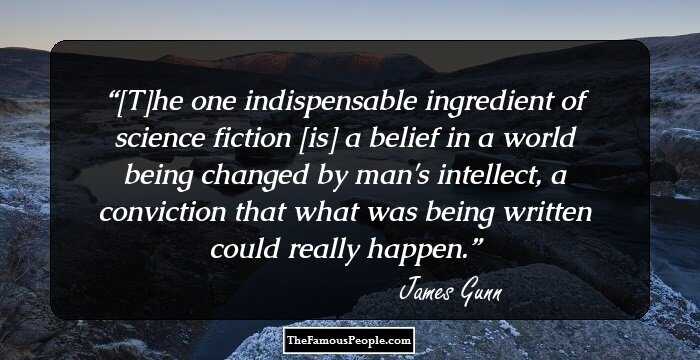 [T]he one indispensable ingredient of science fiction [is] a belief in a world being changed by man's intellect, a conviction that what was being written could really happen.

I think whatever is going on with my brain, I'm very, very - and I'm not saying this as a positive thing, it's just a fact - I'm very creative. I have a very strong imagination, and have since I was a little kid. That is where a lot of my world comes from. It's like I'm off somewhere else. And I can have a problem in life because of that, because I'm always off in some other world thinking about something else. It's constant.

In hard-core science fiction in which characters are responding to a change in environment, caused by nature or the universe or technology, what readers want to see is how people cope, and so the character are present to cope, or fail to cope.

Science fiction is the branch of literature that deals with the effects of change on people in the real world as it can be projected into the past, the future, or to distant places. It often concerns itself with scientific or technological change, and it usually involves matters whose importance is greater than the individual or the community; often civilization or the race itself is in danger.

The zombie is in a lot of ways the perfect horror movie bad guy. It plays on so many fears all at once. The fear of predators, the fear of disease and the fear of loved ones betraying us - the ones we care about are turning around and trying to eat us.