Famous As: Actor Best Known for His Work in the 'Torch Song Trilogy' and 'Hairspray'
Born On: June 6, 1954
Born In: Brooklyn, New York, United States
Age: 68 Years
Harvey Fierstein is a famous American actor and playwright. He started off his career with a play titled âPorkâ where he played the role of a lesbian and his character was well-received by the masses. This encouraged him to write plays and he came up with his first production titled âInternational Studâ. He took a break to complete his bachelor's to return with two remarkable plays titled âFugue in a Nurseryâ and âWidows and Children First!â. He further collected these three plays in âTorch Song Trilogyâ which became the most notable work of his life. He also did some supporting roles in films like âGarbo Talksâ and was even more active on the big screen, which enhanced his reputation as an actor. He proved to be a prolific writer by publishing a few books including the book for ââLa Cage aux Follesââ which won a âTony Awardâ. Here is a collection of quotations and sayings by the distinguished voice actor and great playwright which have been curated form his writings, work and life. Go through the quotes and thoughts by Harvey Fierstein which reflects his broad-minded perspective of life.Â
Listed In:
Actors
Writers
Film & Theater Personalities 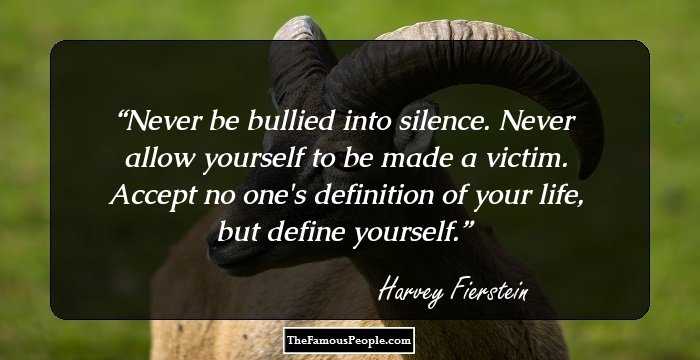 Never be bullied into silence. Never allow yourself to be made a victim. Accept no one's definition of your life, but define yourself. 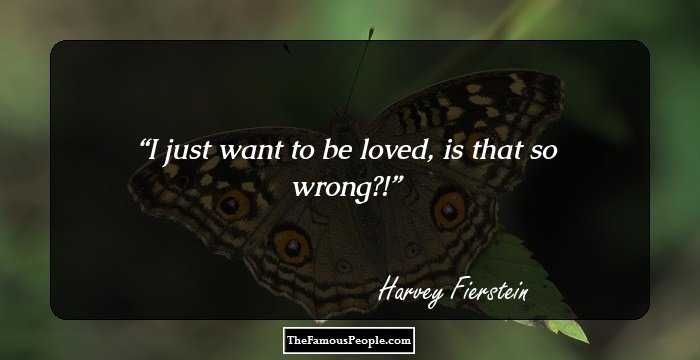 I just want to be loved, is that so wrong?! 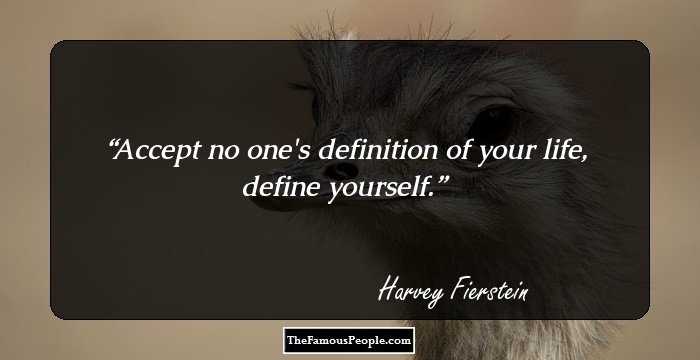 Accept no one's definition of your life, define yourself. 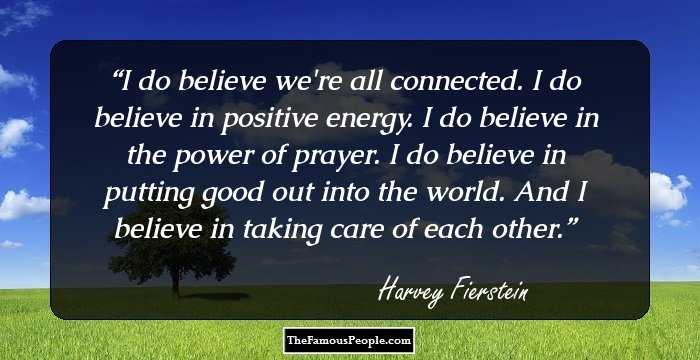 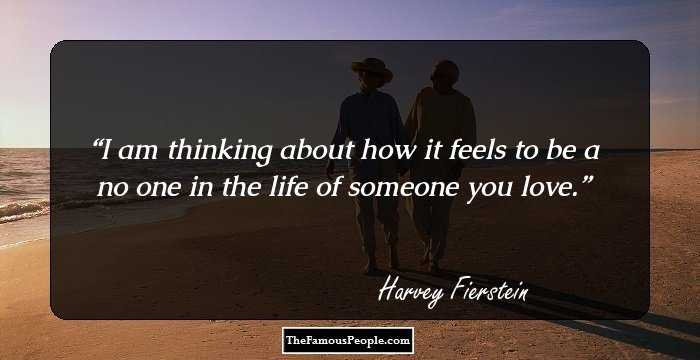 I am thinking about how it feels to be a no one in the life of someone you love.

You Life Love I
Harvey Fierstein 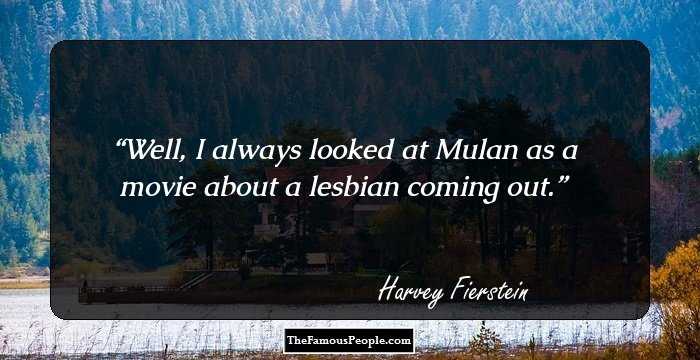 Well, I always looked at Mulan as a movie about a lesbian coming out. 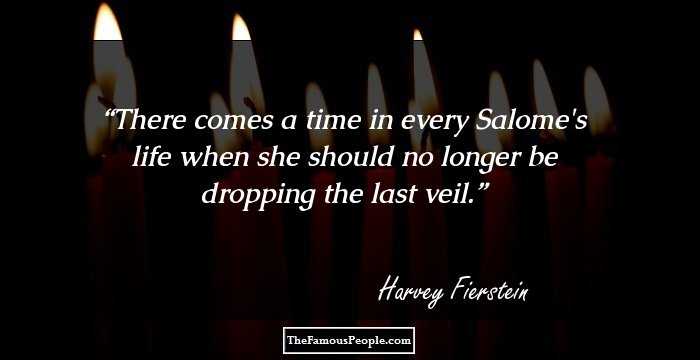 There comes a time in every Salome's life when she should no longer be dropping the last veil. 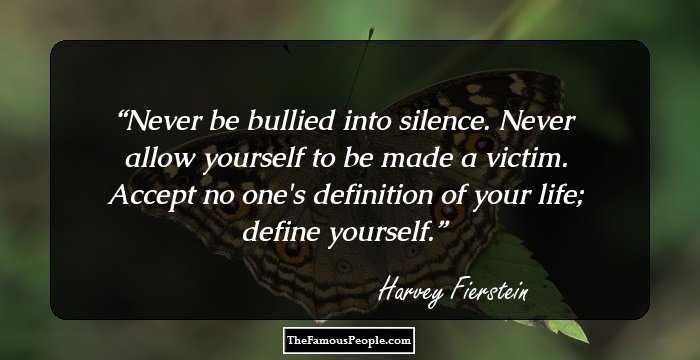 Never be bullied into silence. Never allow yourself to be made a victim. Accept no one's definition of your life; define yourself. 45 Life Changing Quotes By Will Smith