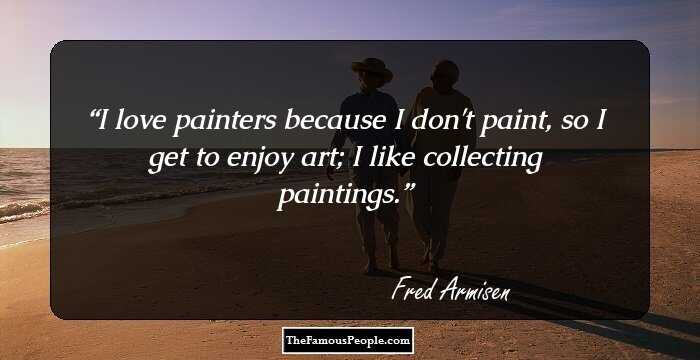 I love painters because I don't paint, so I get to enjoy art; I like collecting paintings. 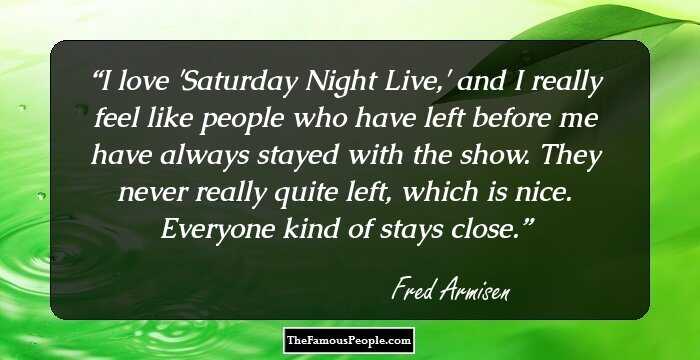 I love 'Saturday Night Live,' and I really feel like people who have left before me have always stayed with the show. They never really quite left, which is nice. Everyone kind of stays close. 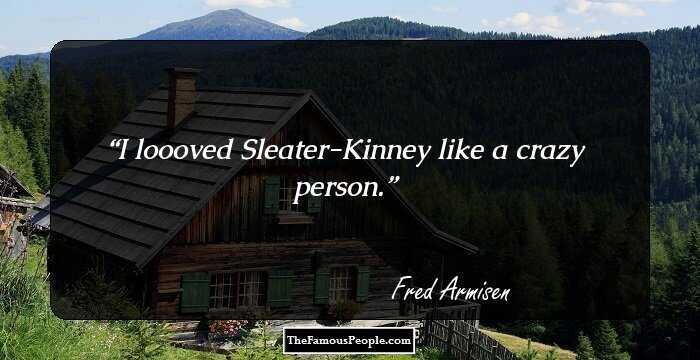 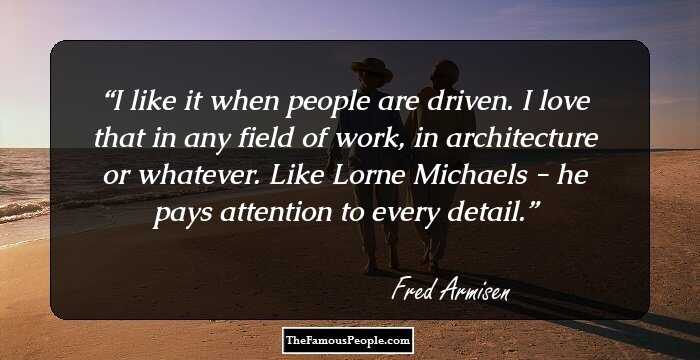 I like it when people are driven. I love that in any field of work, in architecture or whatever. Like Lorne Michaels - he pays attention to every detail. 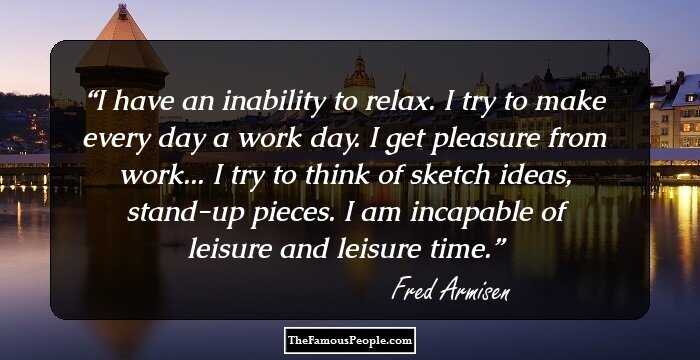 I have an inability to relax. I try to make every day a work day. I get pleasure from work... I try to think of sketch ideas, stand-up pieces. I am incapable of leisure and leisure time. 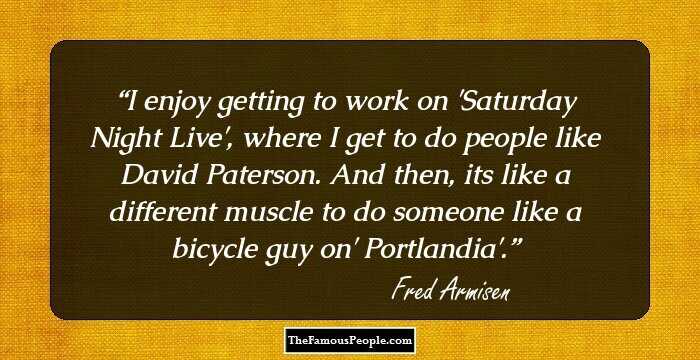 I enjoy getting to work on 'Saturday Night Live', where I get to do people like David Paterson. And then, its like a different muscle to do someone like a bicycle guy on' Portlandia'. 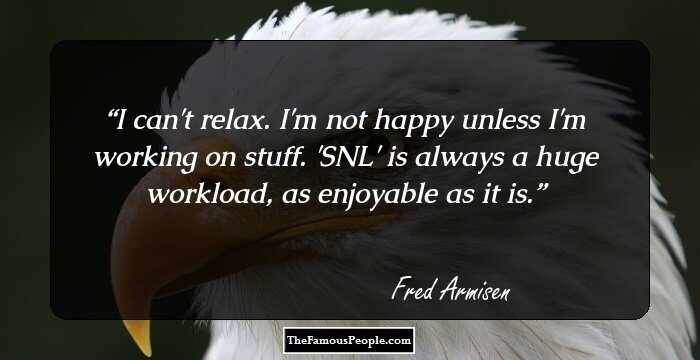 I can't relax. I'm not happy unless I'm working on stuff. 'SNL' is always a huge workload, as enjoyable as it is. 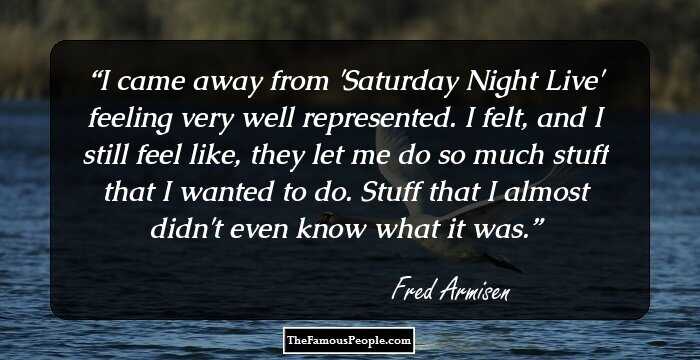 I came away from 'Saturday Night Live' feeling very well represented. I felt, and I still feel like, they let me do so much stuff that I wanted to do. Stuff that I almost didn't even know what it was. 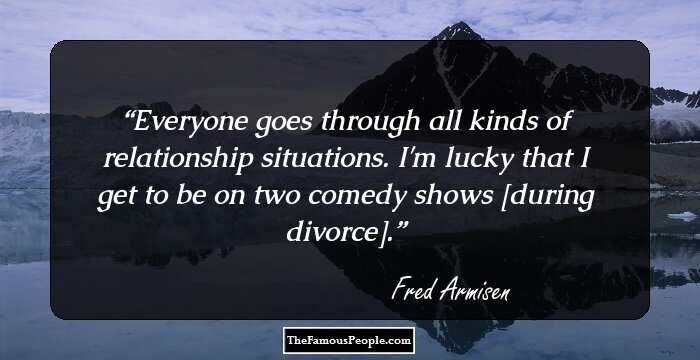 Everyone goes through all kinds of relationship situations. I'm lucky that I get to be on two comedy shows [during divorce]. 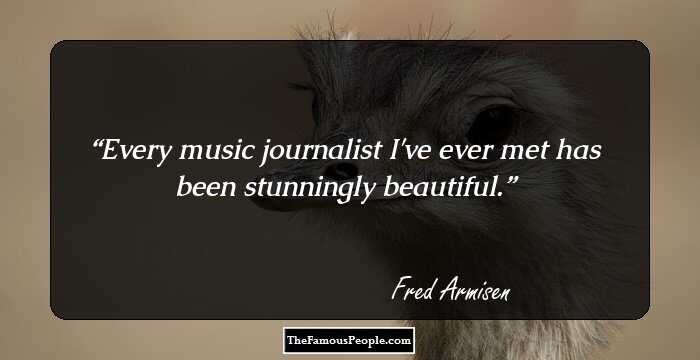 Every music journalist I've ever met has been stunningly beautiful. 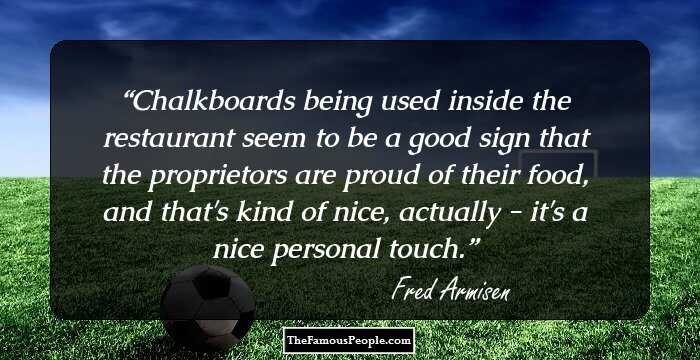 Chalkboards being used inside the restaurant seem to be a good sign that the proprietors are proud of their food, and that's kind of nice, actually - it's a nice personal touch. 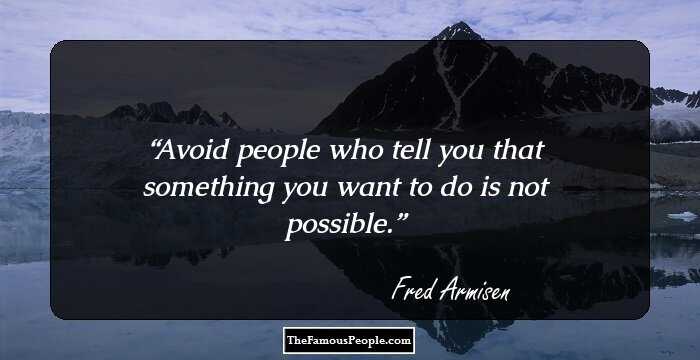 Avoid people who tell you that something you want to do is not possible. 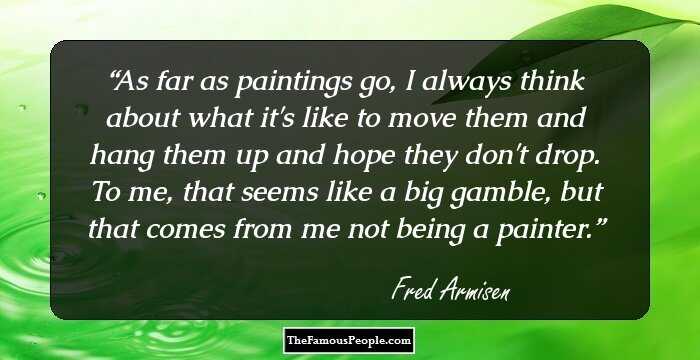 As far as paintings go, I always think about what it's like to move them and hang them up and hope they don't drop. To me, that seems like a big gamble, but that comes from me not being a painter.

I don't miss anything ever. Because to me, missing something is like going backward a little bit. I don't miss being in a punk band. For me, 'SNL' is like... this is gonna sound overly dramatic, but... the way I am, it feels like I'm a soldier, so it was like, 'What do you want me to do? Put me anywhere. Do you want me to do these sketches? Great.'