Rock Hudson shot to fame with his phenomenal performance in âMagnificent Obsession,â a Technicolor drama romantic film. He earned an âAcademy Awardâ nomination for his performance in âGiant.â Some of his other notable works include âAll That Heaven Allows,â âLover Come Back,â âMcMillian & Wife,â âTobruk,â âDoris Day: Pillow Talk,â âIce Station Zebra,â âSend Me No Flowers,â âDynasty,â and âSeconds,â besides various others. Read through the compilation of famous sayings by Rock Hudson, which have been amassed from his movies, dialogues, and interviews. Scroll through the collection of quotes by Rock Hudson on republican, myself, overcome, inspiration, will and more. 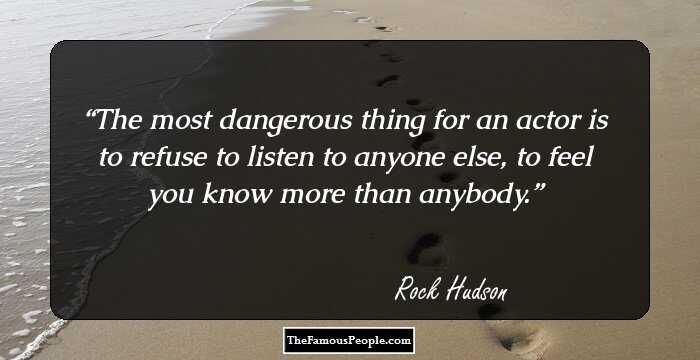 The most dangerous thing for an actor is to refuse to listen to anyone else, to feel you know more than anybody. 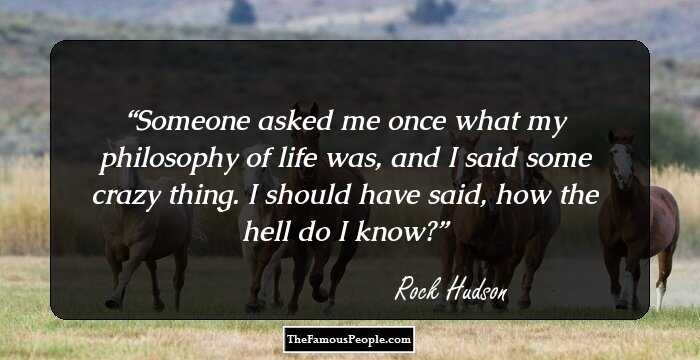 Someone asked me once what my philosophy of life was, and I said some crazy thing. I should have said, how the hell do I know? 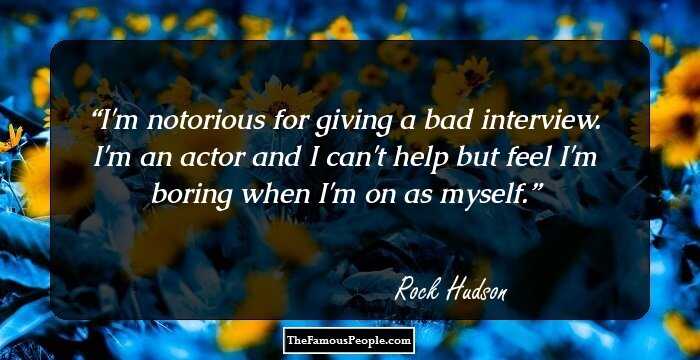 I'm notorious for giving a bad interview. I'm an actor and I can't help but feel I'm boring when I'm on as myself. 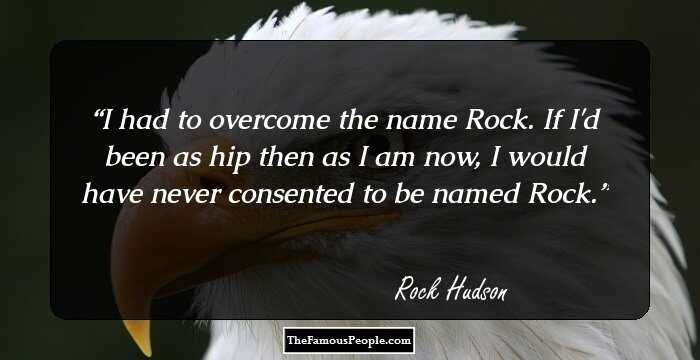 I had to overcome the name Rock. If I'd been as hip then as I am now, I would have never consented to be named Rock. 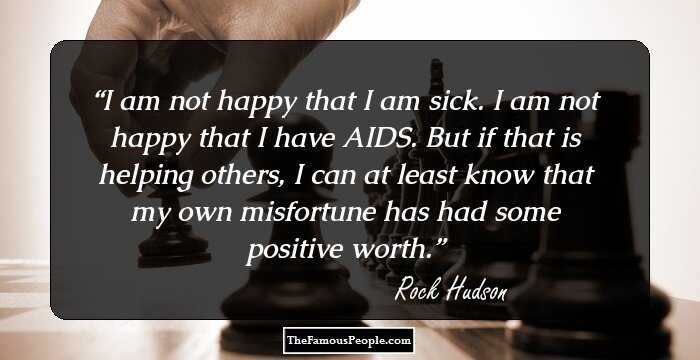