Famous As: Former French Prime Minister
Born On: September 28, 1841
Died On: November 24, 1929
Born In: Mouilleron-en-Pareds, Vendee
Died At Age: 88
Georges Benjamin Clemenceau was a French politician, journalist, and physician. He served as Prime Minister of France during the First World War. He represented the Radical Party, and played a key role in the politics of the 'French Third Republic.' He served as Prime Minister for the first time from 1906 to 1909, and for the second time from 1917 to 1920. He was one of the main architects of the 'Treaty of Versailles' at the 'Paris Peace Conference' after the First World War. Clemenceau adopted a very harsh stance against the vanquished Germany, and was able to force Germany for large sums for reparations. Here is a collection of famous quotes and sayings by Georges ClÃ©menceau Â war, sea, fighting, government, learning, man, experience, discipline, Germany, liberty, foreign policy, America, civilization, etc.
Listed In:
Leaders 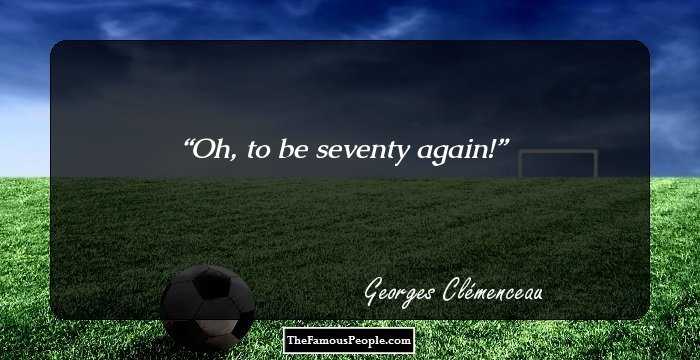 Oh, to be seventy again! 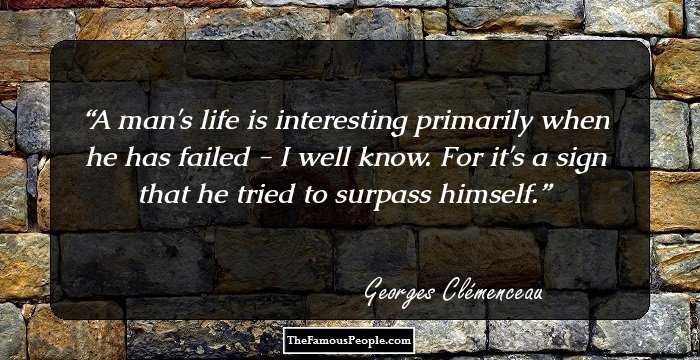 A man's life is interesting primarily when he has failed - I well know. For it's a sign that he tried to surpass himself. 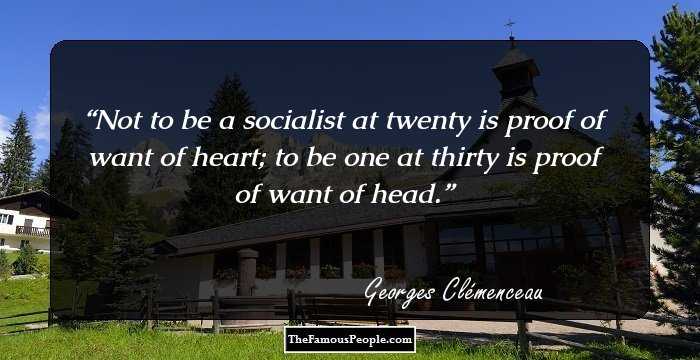 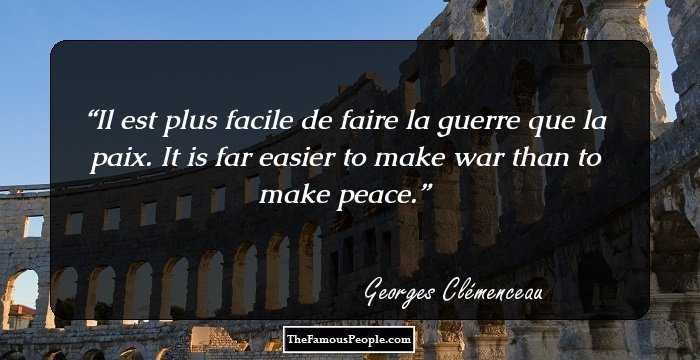 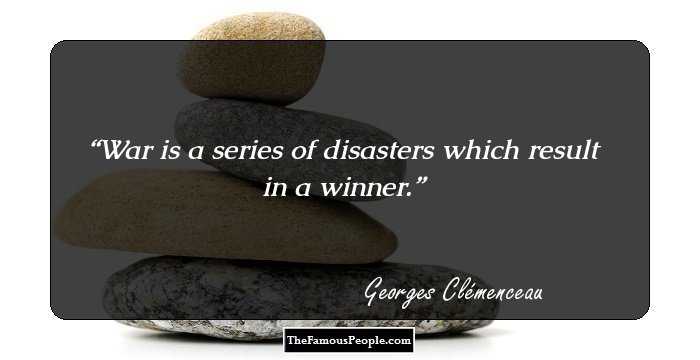 War is a series of disasters which result in a winner. 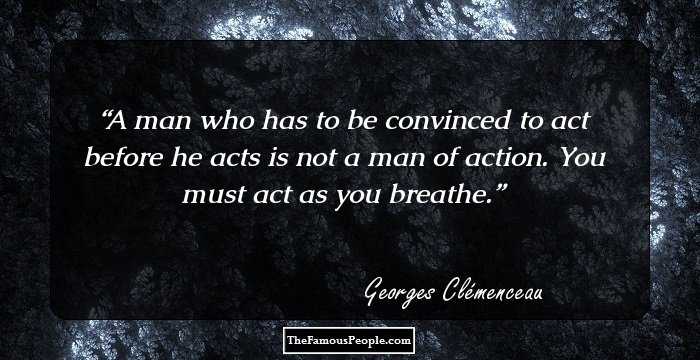 A man who has to be convinced to act before he acts is not a man of action. You must act as you breathe. 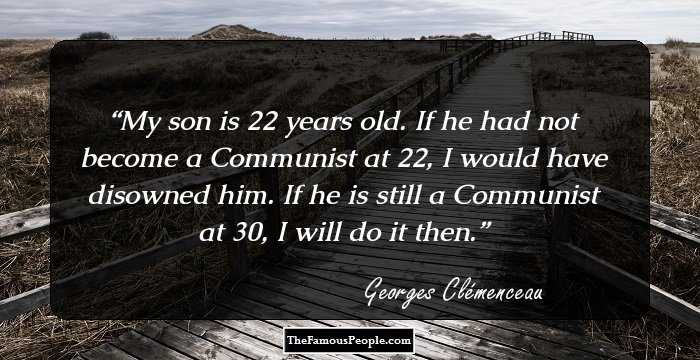 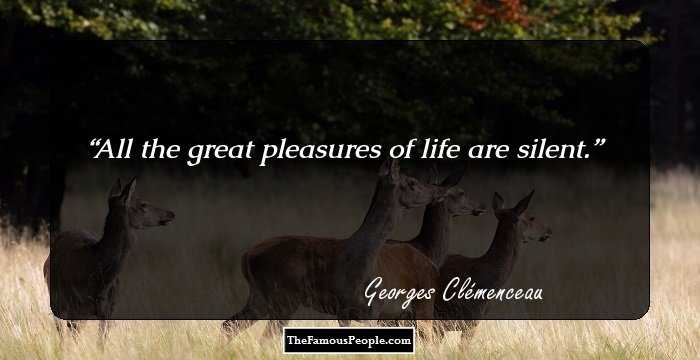 All the great pleasures of life are silent. 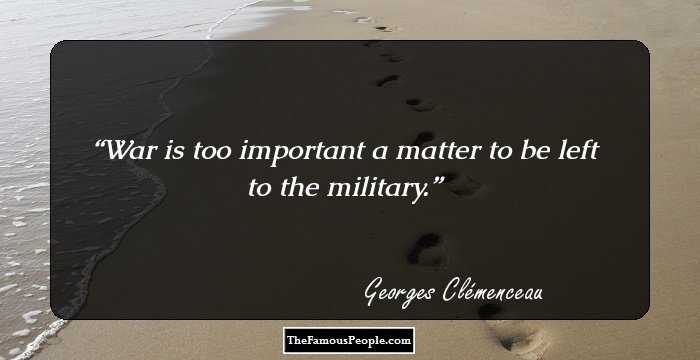 War is too important a matter to be left to the military. 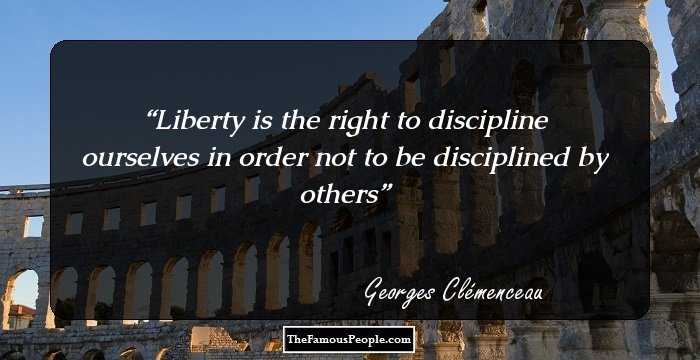 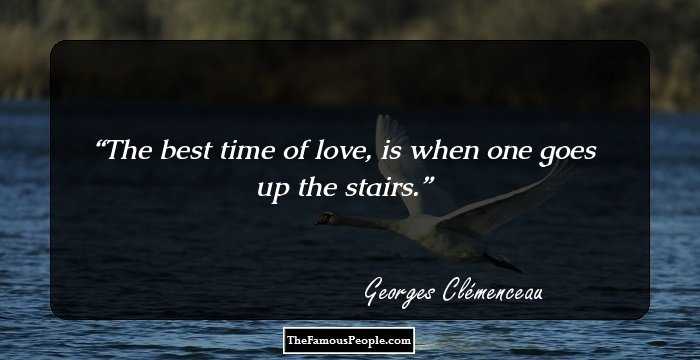 The best time of love, is when one goes up the stairs. 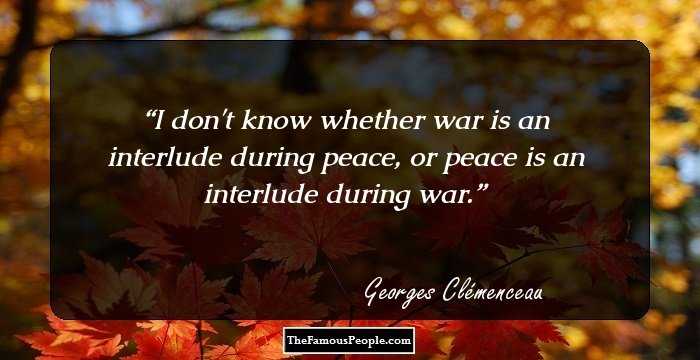 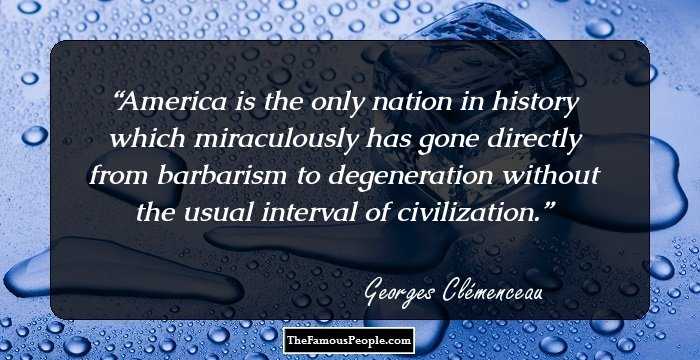 America is the only nation in history which miraculously has gone directly from barbarism to degeneration without the usual interval of civilization. 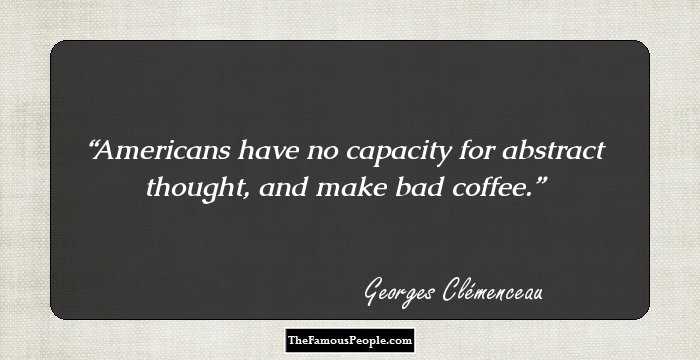 Americans have no capacity for abstract thought, and make bad coffee. 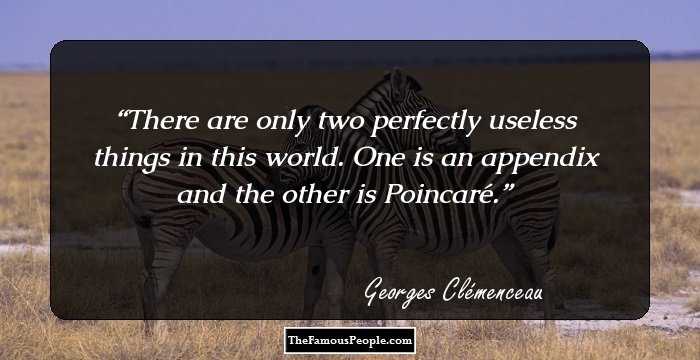 There are only two perfectly useless things in this world. One is an appendix and the other is PoincarÃ©. 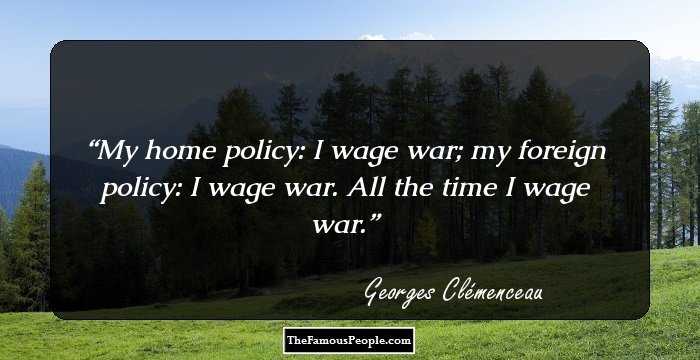 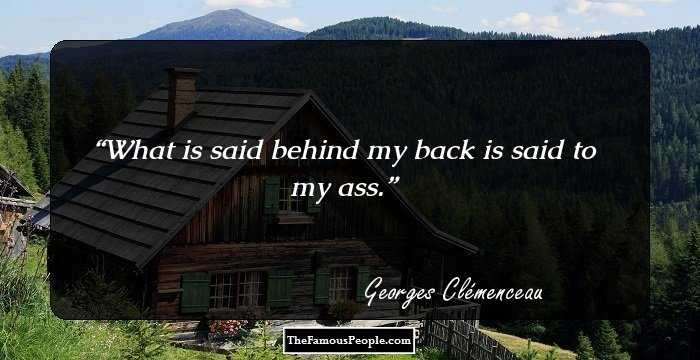 What is said behind my back is said to my ass. 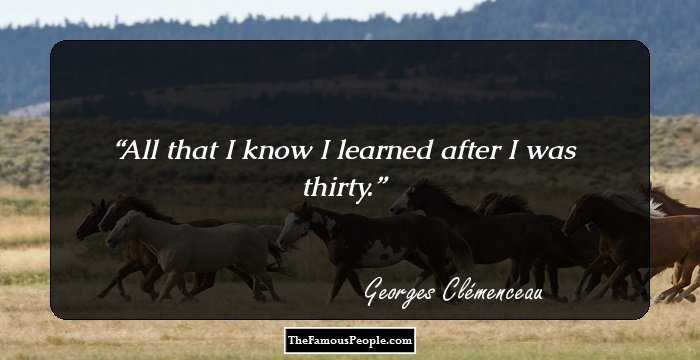 All that I know I learned after I was thirty. 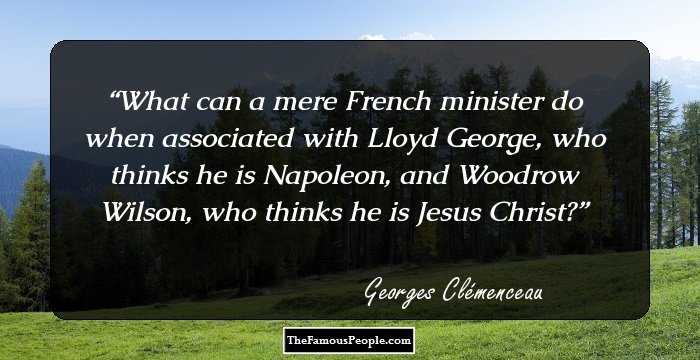 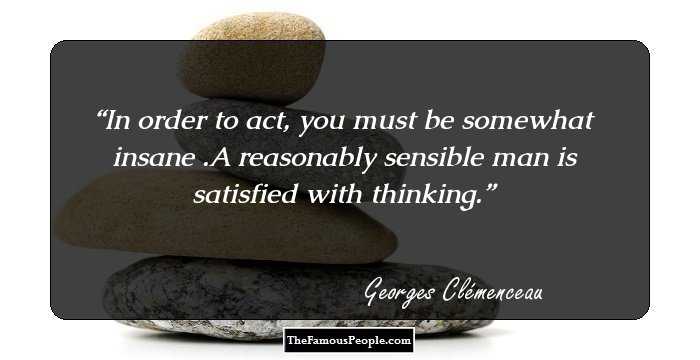 In order to act, you must be somewhat insane .A reasonably sensible man is satisfied with thinking. 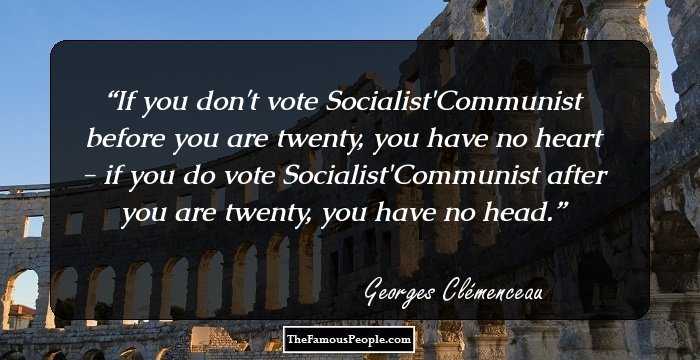 On September 17, 1914, Erzberger, the well-known German statesman, an eminent member of the Catholic Party, wrote to the Minister of War, General von Falkenhayn, We must not worry about committing an offence against the rights of nations nor about violating the laws of humanity. Such feelings today are of secondary importance? A month later, on October 21, 1914, he wrote in Der Tag, If a way was found of entirely wiping out the whole of London it would be more humane to employ it than to allow the blood of A SINGLE GERMAN SOLDIER to be shed on the battlefield!

A man who waits to believe in action before acting is anything you like, but he's not a man of action. It is as if a tennis player before returning a ball stopped to think about his views of the physical and mental advantages of tennis. You must act as you breathe.

One begins to realize that art... in setting out to express nature with ever growing accuracy, teaches us to look, to perceive, to feel. The stone itself becomes an organic substance, and one can feel it being transformed as one moment in its life succeeds another.