FranÃ§ois Hollande is an eminent French politician. From 2012 to 2017, he served as the âex officio Co-Prince of Andorraâ and âPresident of the French Republic.â From 2001 to 2008, he was also the âMayor of Tulle.â From 1997 to 2008, he served as the first secretary of the âSocialist Party.â He also held a position in the âNational Assembly of Franceâ two times. We bring to you a treasure trove of noteworthy sayings and quotes by FranÃ§ois Hollande, which have been excerpted from his speeches, works, interviews, thoughts, public utterances and life. Go through the empowering and motivational quotes and thoughts by FranÃ§ois Hollande on war, prosperity, peace, economy,Â people, mistake, politics, hope, society, change, friends, citizens, European-Union, policy, respect, children, intelligence, struggle, finance, etc.

I don't want euro bonds that serve to mutualize the entire debt of the countries in the euro zone. That can only work in the longer-term. I want euro bonds to be used to finance targeted investments in future-oriented growth projects. It isn't the same thing. Let's call them 'project bonds' instead of euro bonds.

Everyone says Francois Mitterrand had huge charisma. But before he was president they used to call him badly dressed, old, archaic and say he knew nothing about the economy until the day he was elected. It's called universal suffrage. When you're elected, you become the person that embodies France. 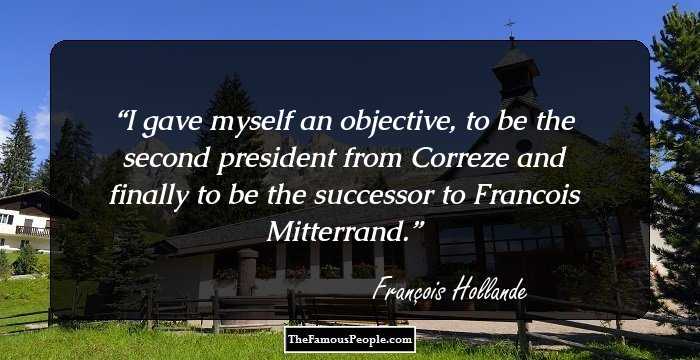 I gave myself an objective, to be the second president from Correze and finally to be the successor to Francois Mitterrand. 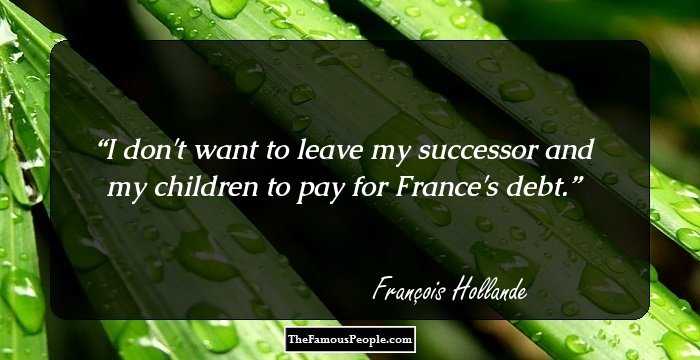 I don't want to leave my successor and my children to pay for France's debt. 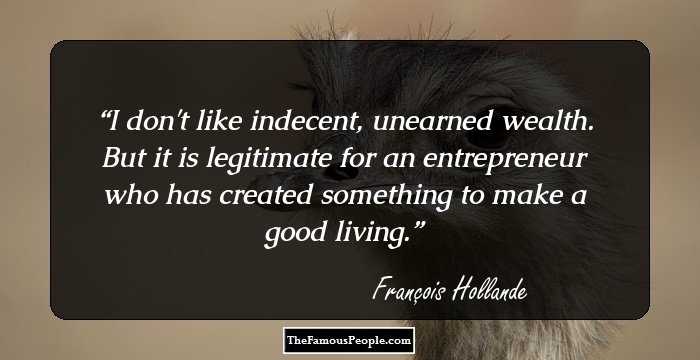 I don't like indecent, unearned wealth. But it is legitimate for an entrepreneur who has created something to make a good living. 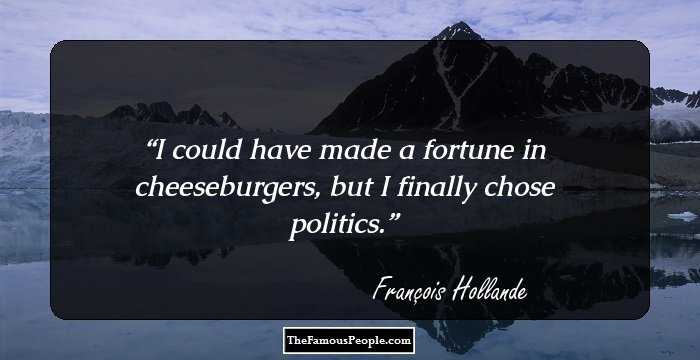 I could have made a fortune in cheeseburgers, but I finally chose politics. 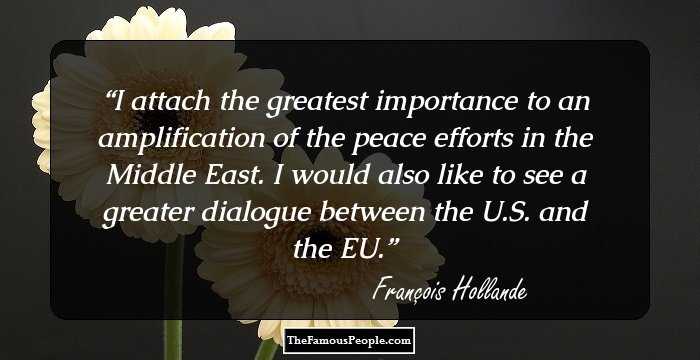 I attach the greatest importance to an amplification of the peace efforts in the Middle East. I would also like to see a greater dialogue between the U.S. and the EU. 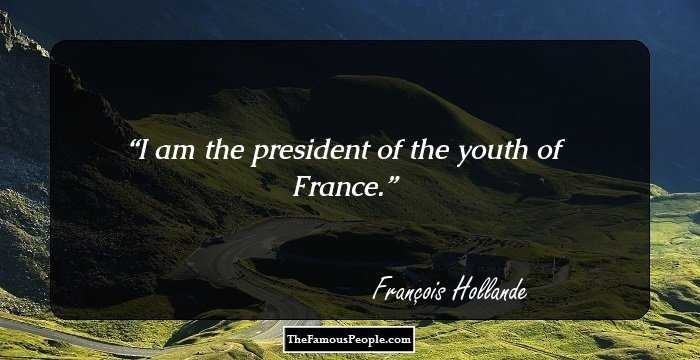 I am the president of the youth of France. 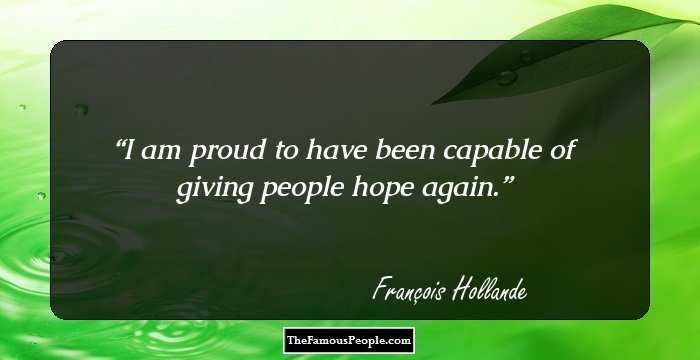 I am proud to have been capable of giving people hope again. 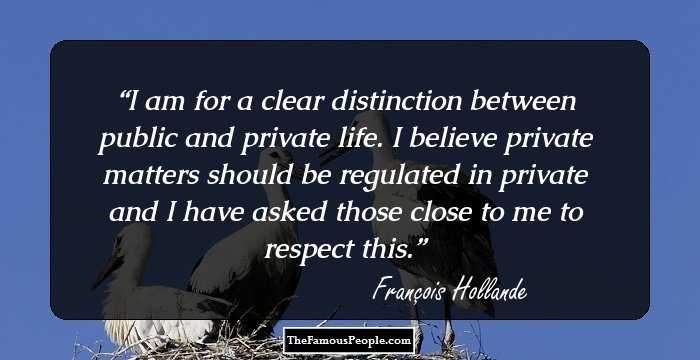 I am for a clear distinction between public and private life. I believe private matters should be regulated in private and I have asked those close to me to respect this. 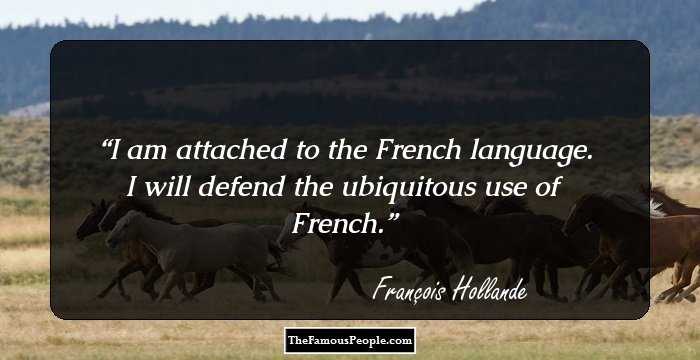 I am attached to the French language. I will defend the ubiquitous use of French. 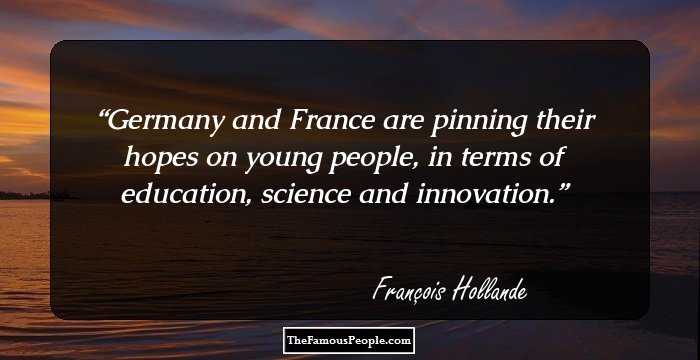 Germany and France are pinning their hopes on young people, in terms of education, science and innovation. 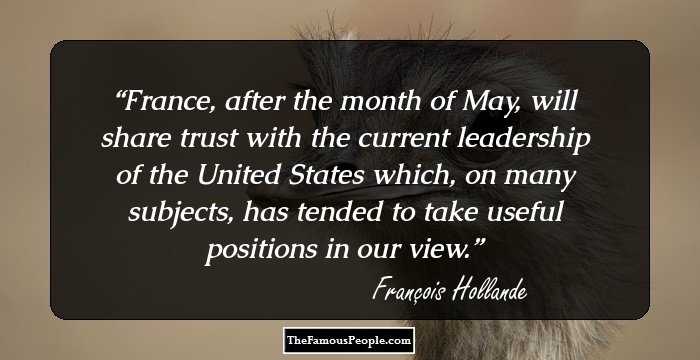 France, after the month of May, will share trust with the current leadership of the United States which, on many subjects, has tended to take useful positions in our view. 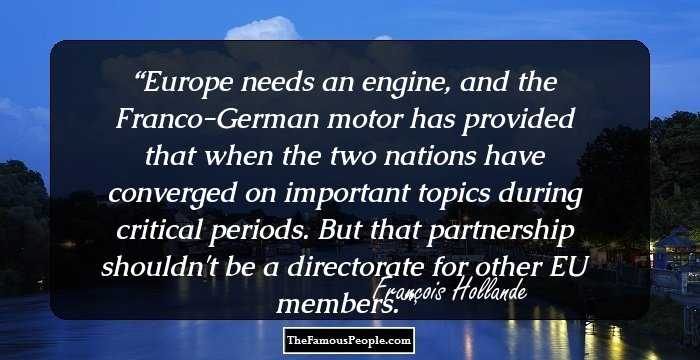 Europe needs an engine, and the Franco-German motor has provided that when the two nations have converged on important topics during critical periods. But that partnership shouldn't be a directorate for other EU members. 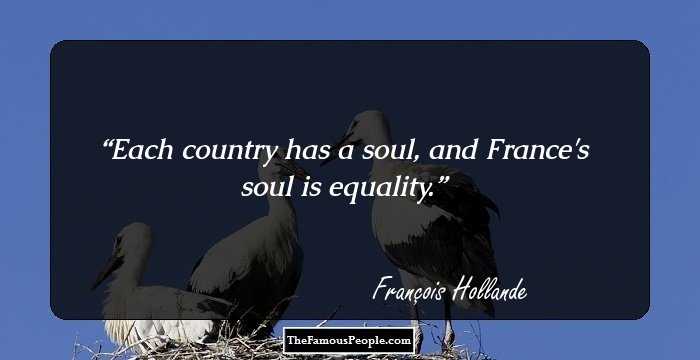 Each country has a soul, and France's soul is equality. 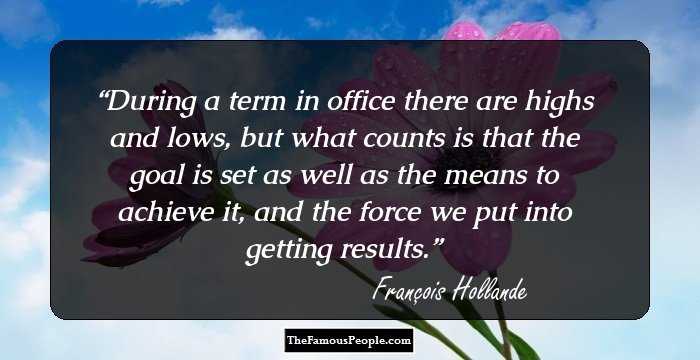 During a term in office there are highs and lows, but what counts is that the goal is set as well as the means to achieve it, and the force we put into getting results. 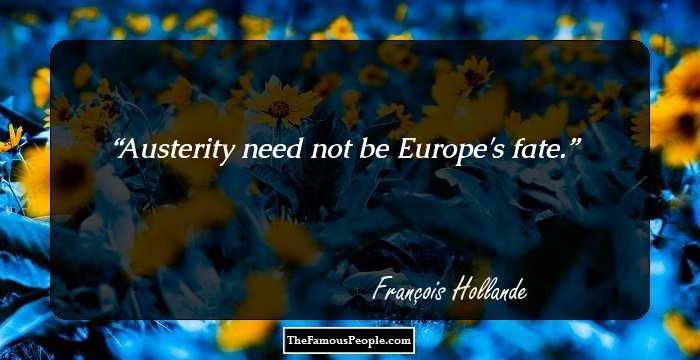 Austerity need not be Europe's fate. 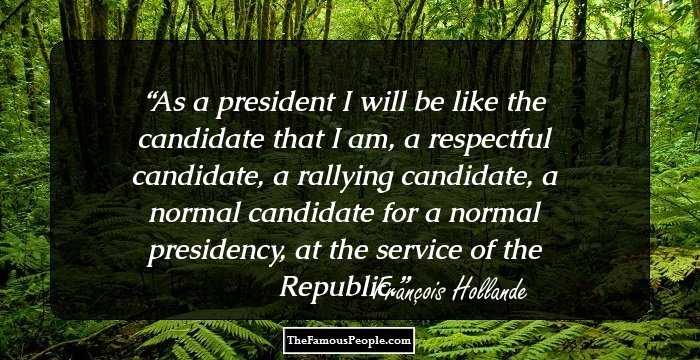 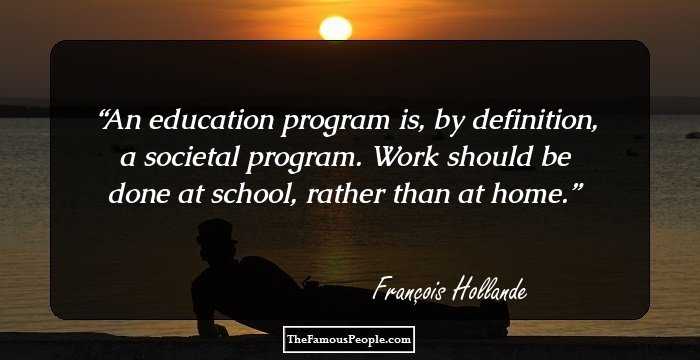 An education program is, by definition, a societal program. Work should be done at school, rather than at home. 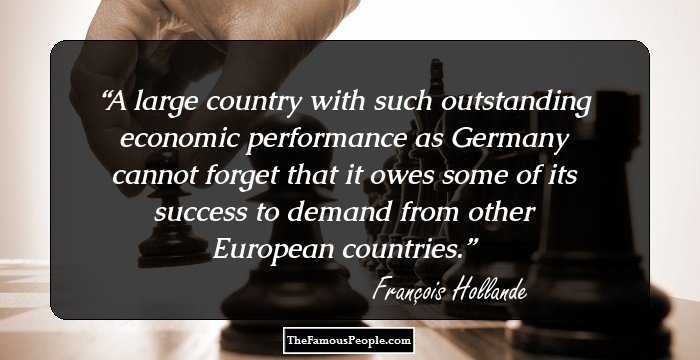 A large country with such outstanding economic performance as Germany cannot forget that it owes some of its success to demand from other European countries.

Before you, I engage myself to serve my country with the devotion and the exemplary that this post demands. I understand responsibilities of the job and, as such, I give a republican salute to Nicolas Sarkozy who has led France for 5 years and who deserves all of our respect.

Between France and Senegal there's a history. There's a language that we both speak. There's a culture that we share and to which both of our peoples have contributed. But beyond our history, beyond our language, beyond the links that have united us for so long, what unites us today is the future.

France is the bridge between northern Europe and southern Europe. I refuse any division. If Europe has been reunified, it's not for it to then fall into egotism or 'each for one's own'. Our duty is to set common rules around the principles of responsibility and solidarity.

I don't want to drive the markets crazy. I don't want to create trouble, but rather order and rules and norms. We have to struggle against financial excesses, those who speculate with sovereign debt, those who develop financial products which have done so much harm.

I have defended the interests of France at the G8 in Washington; afterwards I was at Chicago to announce the withdrawal of French troops from Afghanistan; I have participated in two European summits, so I have fully respected the engagements I made to the French.