Famous As: President of France from 1981 to 1995
Born On: October 26, 1916
Died On: January 8, 1996
Born In: Jarnac, France
Founder / Co Founder: Socialist Party, MusÃ©e d'Orsay, Arte
Died At Age: 79
FranÃ§ois Maurice Adrien Marie Mitterrand was a French politician who served as President of France during 1981-1995. He was the longest serving French president. Mitterrand began his political life on the Catholic nationalist right. He Subsequently joined the 'Resistance,' moved to the left ideology, and held ministerial office several times. Mitterrand was a smart politician and outmaneuvered his rivals to play an important role in almost every presidential election from 1965 to 1988. he was elected President for the first time in May 1981, re-elected in 1988, and held office until 1995. He partenered with German Chancellor Helmut Kohl to quicken European integration. He was a strong promoter of culture and implemented a range of reforms. We have collected FranÃ§ois Mitterrand's famous quotes and sayings from his speeches, interviews, writings, etc.
Listed In:
Leaders 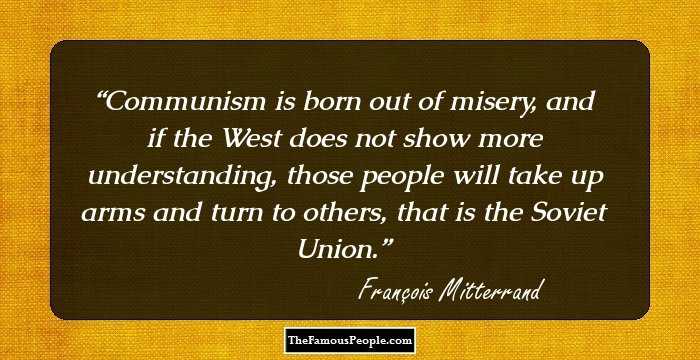 Communism is born out of misery, and if the West does not show more understanding, those people will take up arms and turn to others, that is the Soviet Union. 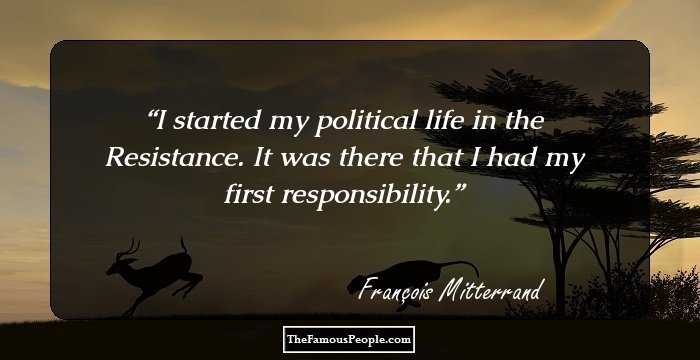 I started my political life in the Resistance. It was there that I had my first responsibility. 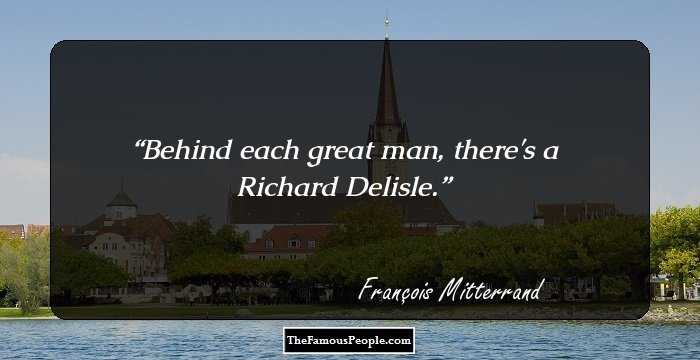 Behind each great man, there's a Richard Delisle. 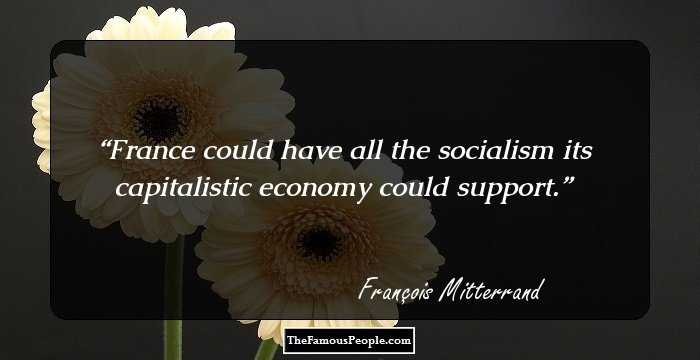 France could have all the socialism its capitalistic economy could support. 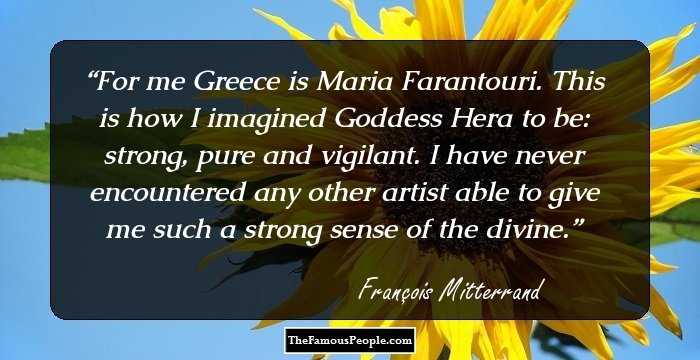 For me Greece is Maria Farantouri. This is how I imagined Goddess Hera to be: strong, pure and vigilant. I have never encountered any other artist able to give me such a strong sense of the divine. 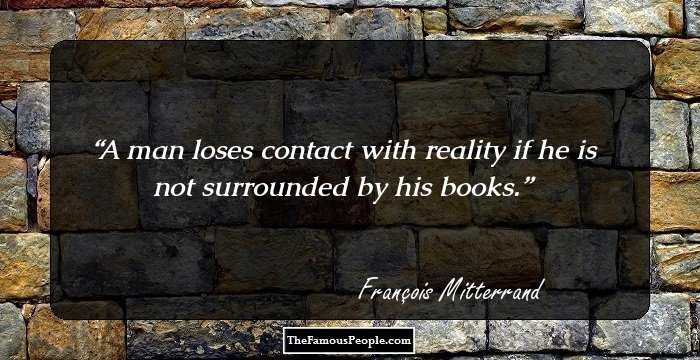 A man loses contact with reality if he is not surrounded by his books. 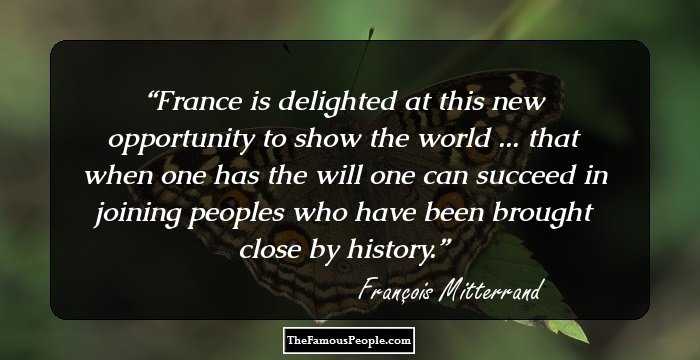 France is delighted at this new opportunity to show the world ... that when one has the will one can succeed in joining peoples who have been brought close by history. 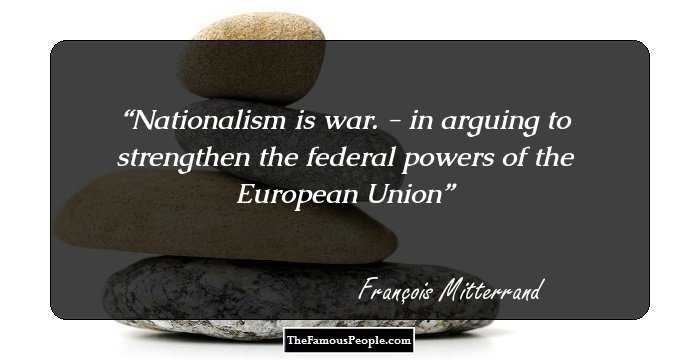 Nationalism is war. - in arguing to strengthen the federal powers of the European Union 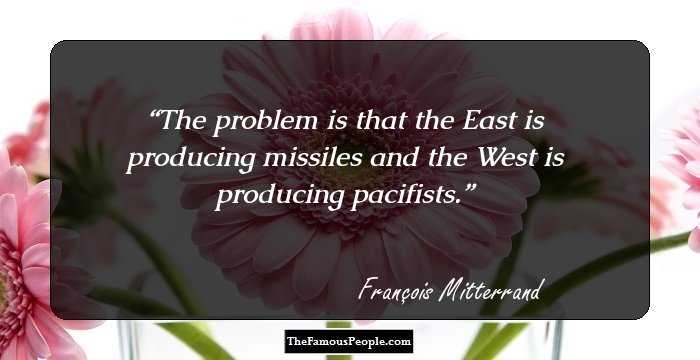