Famous As: Famous For His Role in 'Before Trilogy'
Born On: November 6, 1970
Born In: Austin, Texas, United States
Age: 52 Years
Ethan Green Hawke is an American writer, director, screen writer and actor, who has grown to become one of the most prominent actors of his generation and has also become a popular writer by way of his novels. Hawke debuted on Hollywood in 1985 but it was in 1989 that he really became a big star with his performance in âDead Poets Societyâ. However, over the course of his long and distinguished career, Hawke has shown that he is a multi-faceted talent, who went to become a noted director, screen writer and novelist. Hawke is without doubt one of the most talented individuals in Hollywood and some of his noted works as a novelist are âAsh Wednesdayâ, âThe Hottest Stateâ and âRules for Knightâ. On the other hand, he has also been nominated for the Academy Award for both as a screen writer and as a supporting actor that further shows the range of his talents. Over the years, Hawke has been an active philanthropist and has supported the Doe Fund, a charity that supports homeless people. He has spoken about it plenty of times and in addition to that, he has also been quite frank about his support for the United States Democratic Party over the years. A lot of Ethan Hawkeâs one liners have become quite popular and here is a col-lection of his famous quotes and sayings on varying topics, such as mov-ies, friends, life, relationship and other things.
Listed In:
Actors
Film & Theater Personalities 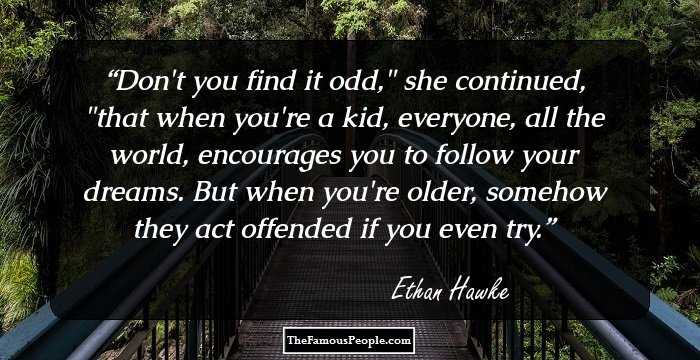 Don't you find it odd," she continued, "that when you're a kid, everyone, all the world, encourages you to follow your dreams. But when you're older, somehow they act offended if you even try. 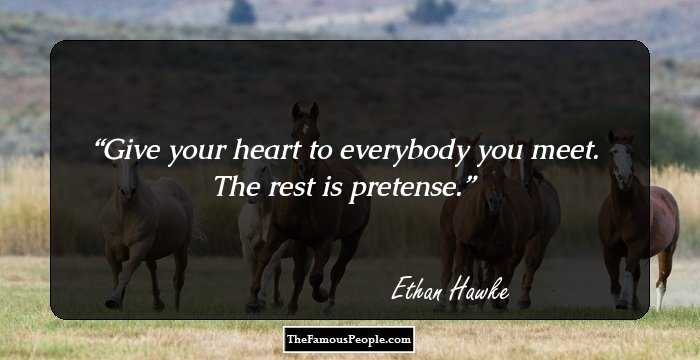 Give your heart to everybody you meet. The rest is pretense. 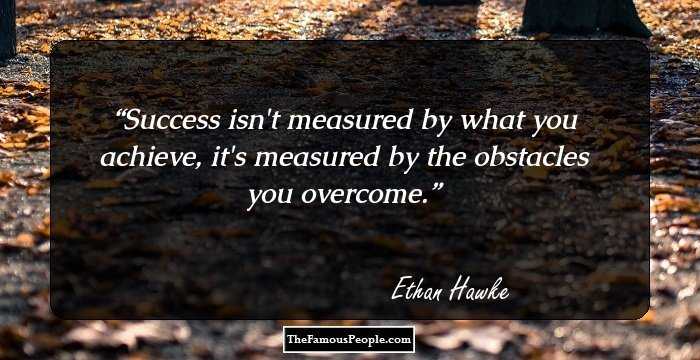 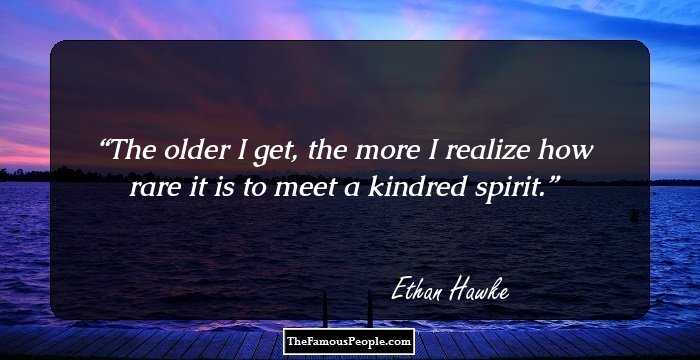 The older I get, the more I realize how rare it is to meet a kindred spirit. 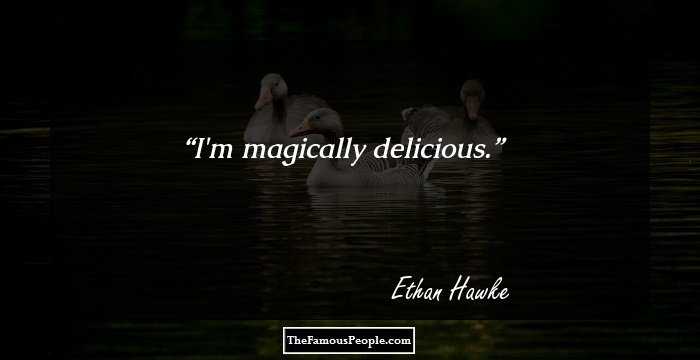 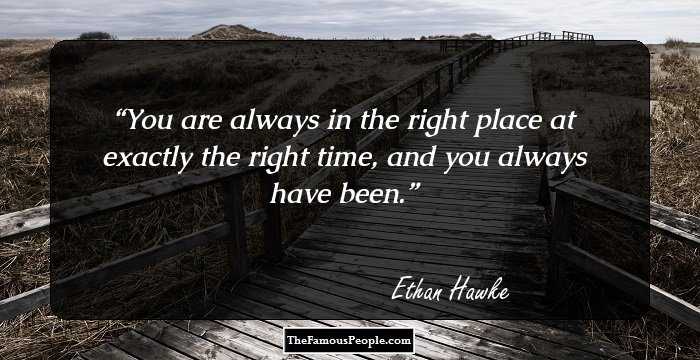 You are always in the right place at exactly the right time, and you always have been. 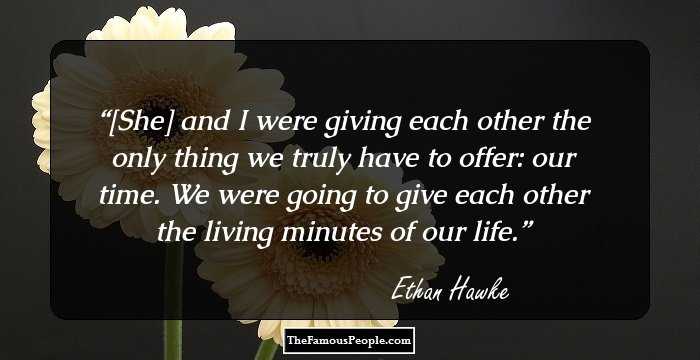 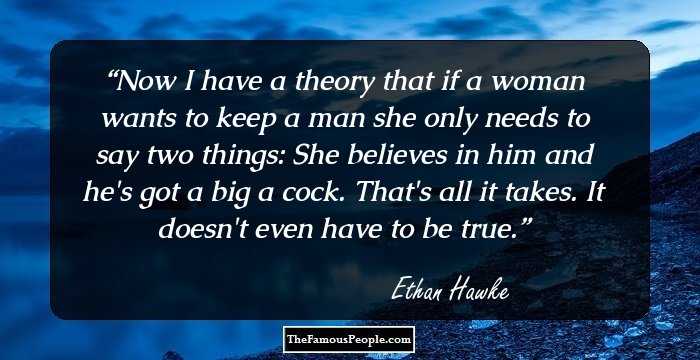 Now I have a theory that if a woman wants to keep a man she only needs to say two things: She believes in him and he's got a big a cock. That's all it takes. It doesn't even have to be true. 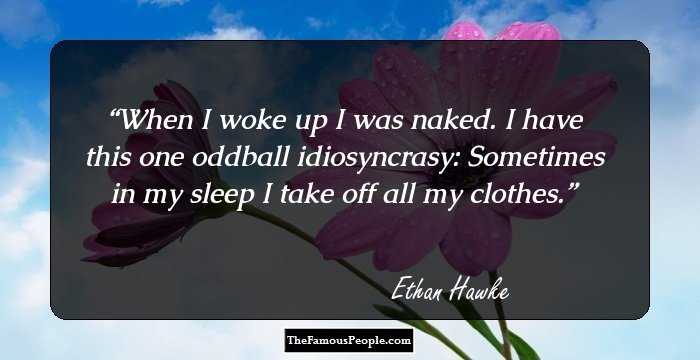 When I woke up I was naked. I have this one oddball idiosyncrasy: Sometimes in my sleep I take off all my clothes. 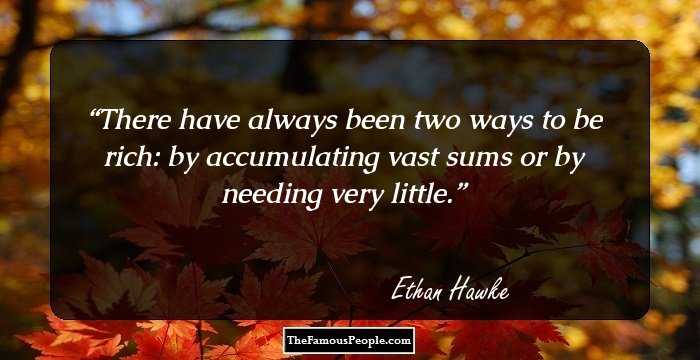 There have always been two ways to be rich: by accumulating vast sums or by needing very little. 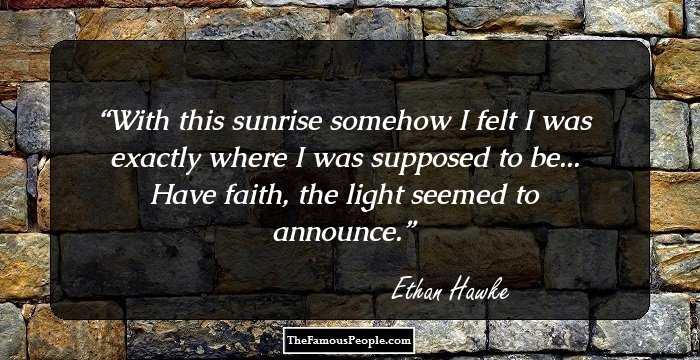 With this sunrise somehow I felt I was exactly where I was supposed to be... Have faith, the light seemed to announce. 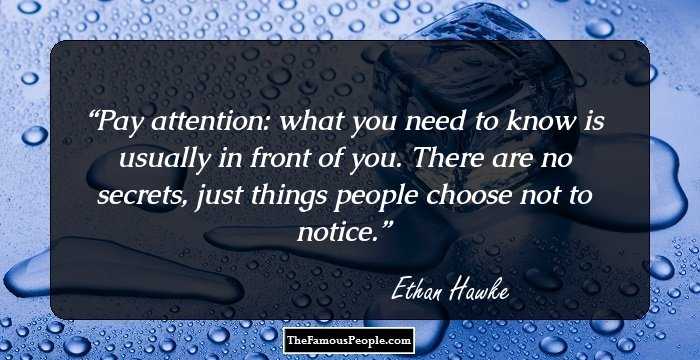 Pay attention: what you need to know is usually in front of you. There are no secrets, just things people choose not to notice. 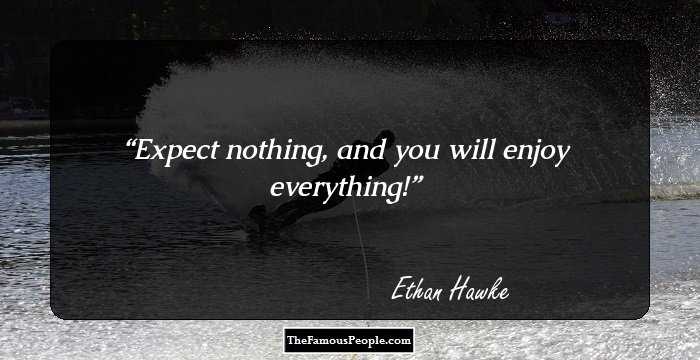 Expect nothing, and you will enjoy everything!

You Will
Ethan Hawke 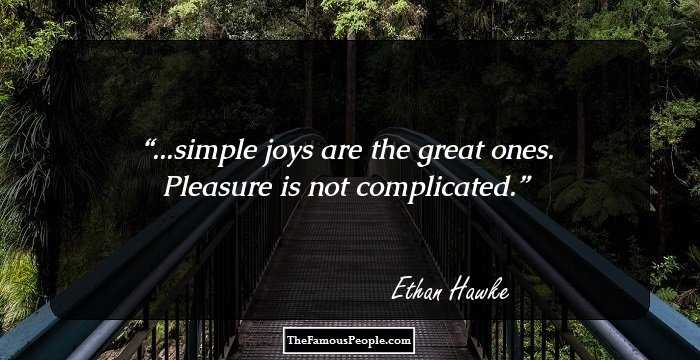 ...simple joys are the great ones. Pleasure is not complicated.