Famous As: Actor known for his role as lawyer and law firm head Bobby Donnell on the legal drama series The Practice
Born On: October 26, 1961
Born In: Waterbury, Connecticut, United States
Age: 61 Years

Dylan McDermott is an American actor. He bagged in a âGolden Globe Awardâ and a âPrimetime Emmy Awardâ nomination for his performance in legal drama series âThe Practice.â Some of his other noteworthy films and television credits include âHostages,â â1984,â âStalker,â âAsylum,â âLaw & Order: Special Victims Unit,â âMurder House,â and âApocalypse,â amongst various others. Here is a list of interesting sayings by Dylan McDermott which has been excerpted from his interviews, movies, dialogues, etc. Zoom through the collection of famous quotes by Dylan McDermott on acting, career, actors, media, success, compassion, writing, vision, drama, ideas, heart, war, money, change, work, time, belief, etc. 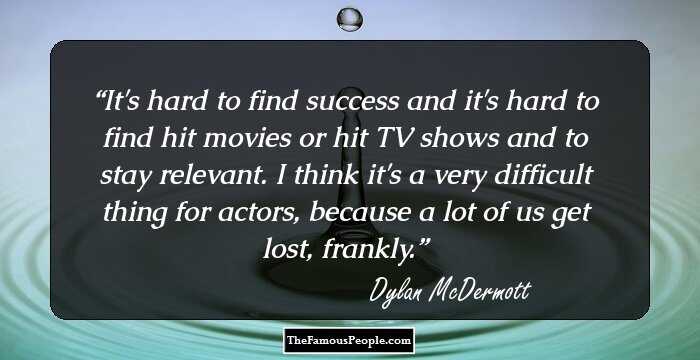 It's hard to find success and it's hard to find hit movies or hit TV shows and to stay relevant. I think it's a very difficult thing for actors, because a lot of us get lost, frankly. 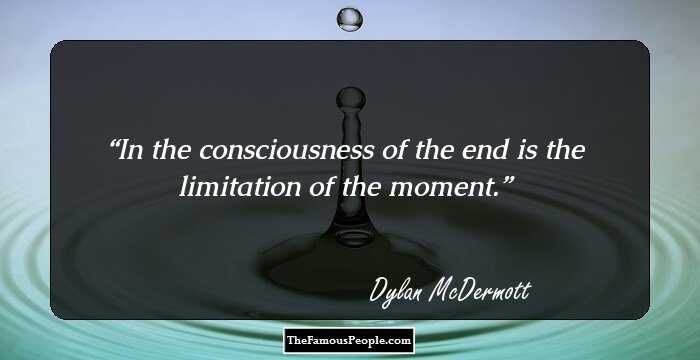 In the consciousness of the end is the limitation of the moment. 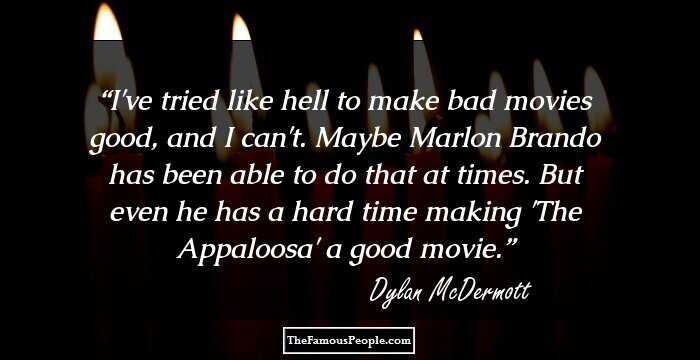 I've tried like hell to make bad movies good, and I can't. Maybe Marlon Brando has been able to do that at times. But even he has a hard time making 'The Appaloosa' a good movie. 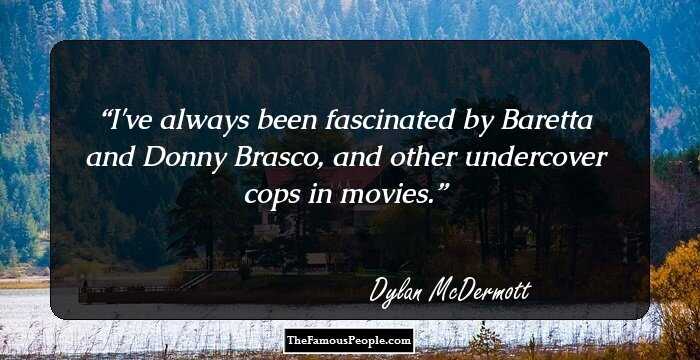 I've always been fascinated by Baretta and Donny Brasco, and other undercover cops in movies. 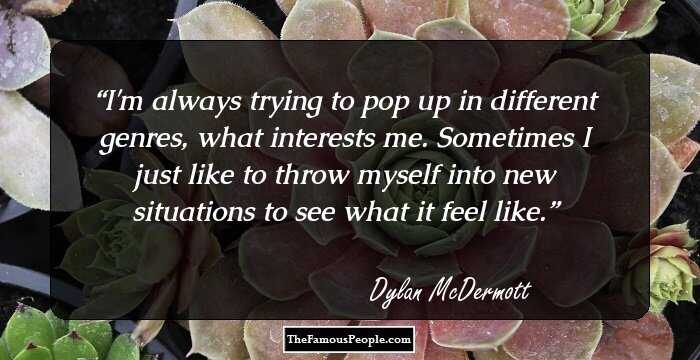 I'm always trying to pop up in different genres, what interests me. Sometimes I just like to throw myself into new situations to see what it feel like. 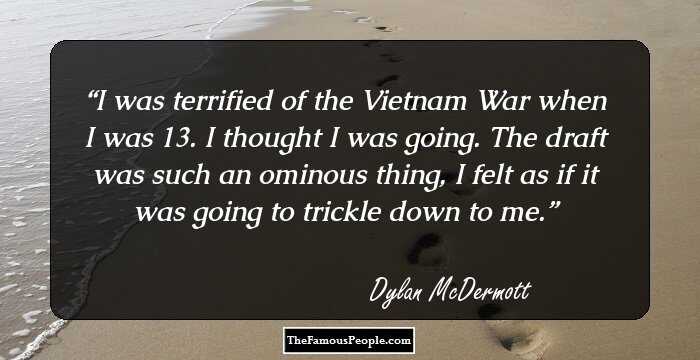 I was terrified of the Vietnam War when I was 13. I thought I was going. The draft was such an ominous thing, I felt as if it was going to trickle down to me.

I think the most important thing for an actor is to stay current and stay relevant, and those are probably the hardest things to do. 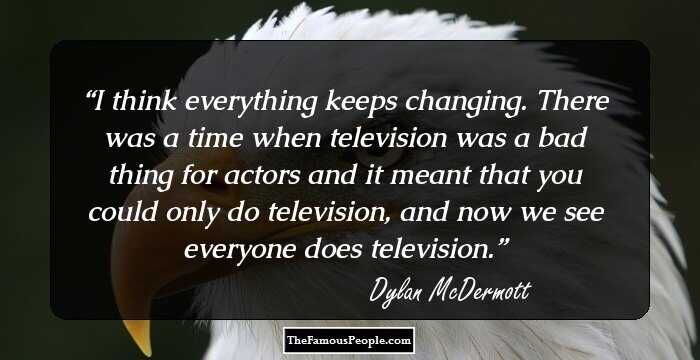 I think everything keeps changing. There was a time when television was a bad thing for actors and it meant that you could only do television, and now we see everyone does television. 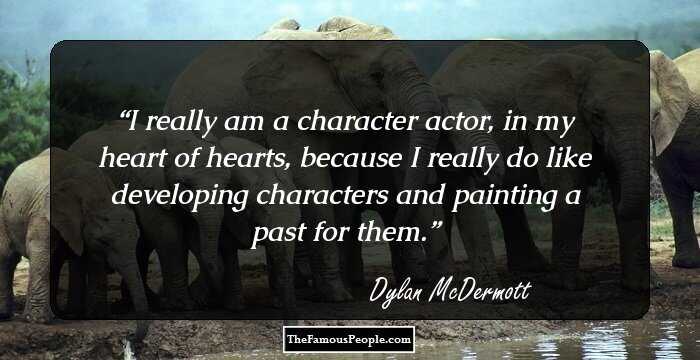 I really am a character actor, in my heart of hearts, because I really do like developing characters and painting a past for them. 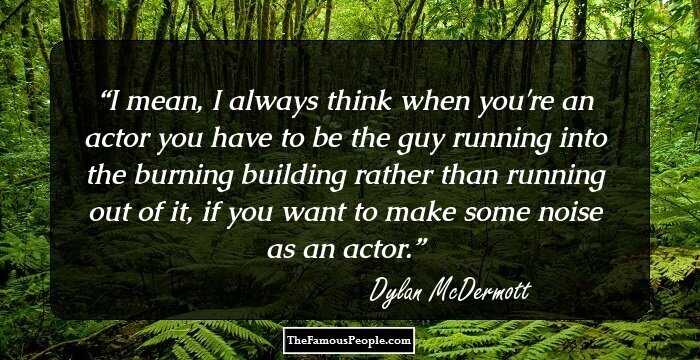 I mean, I always think when you're an actor you have to be the guy running into the burning building rather than running out of it, if you want to make some noise as an actor. 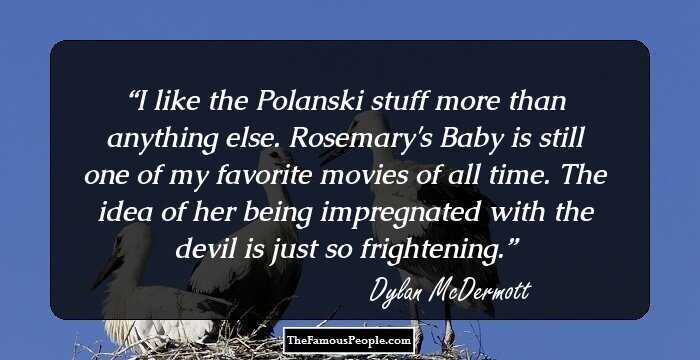 I like the Polanski stuff more than anything else. Rosemary's Baby is still one of my favorite movies of all time. The idea of her being impregnated with the devil is just so frightening. 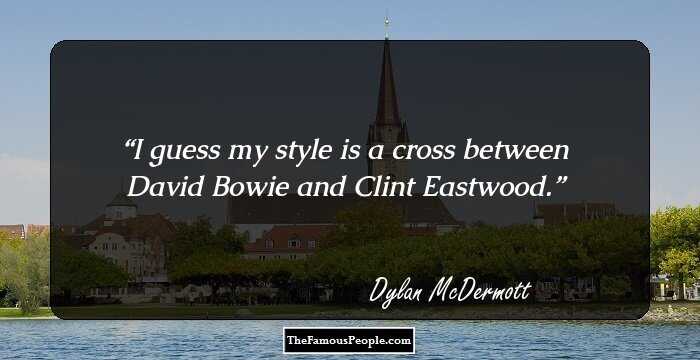 I guess my style is a cross between David Bowie and Clint Eastwood. 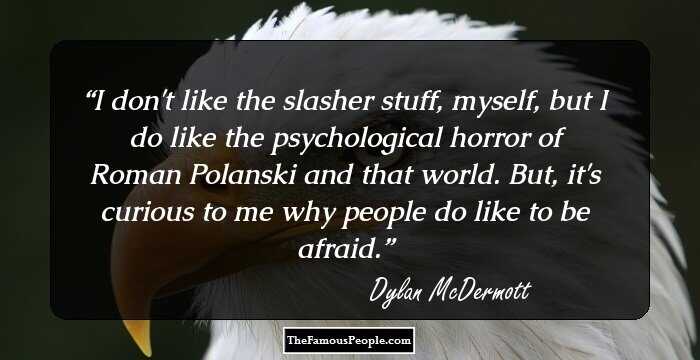 I don't like the slasher stuff, myself, but I do like the psychological horror of Roman Polanski and that world. But, it's curious to me why people do like to be afraid. 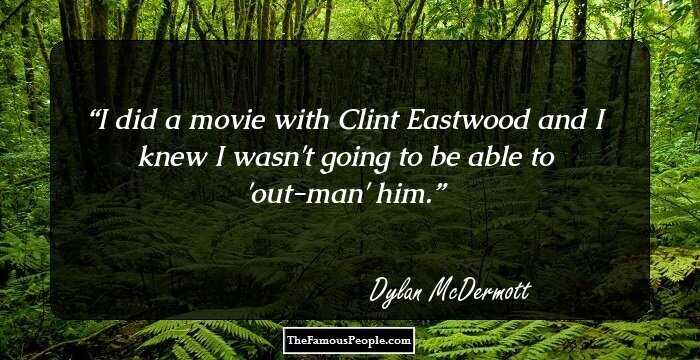 I did a movie with Clint Eastwood and I knew I wasn't going to be able to 'out-man' him. 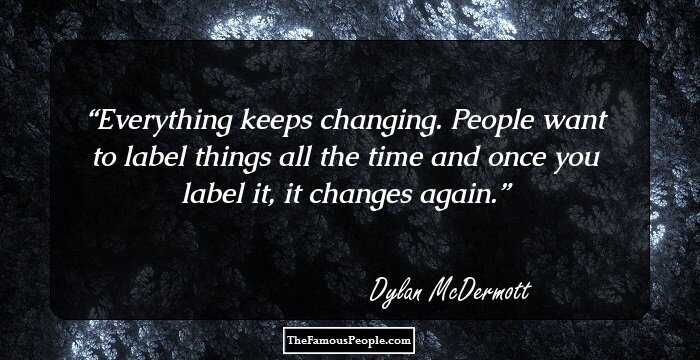 Everything keeps changing. People want to label things all the time and once you label it, it changes again. 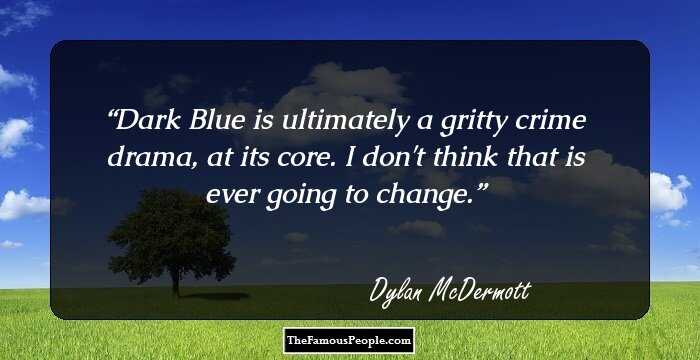 Dark Blue is ultimately a gritty crime drama, at its core. I don't think that is ever going to change. 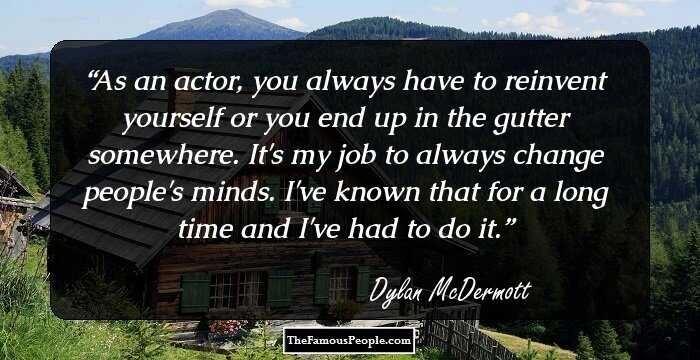 As an actor, you always have to reinvent yourself or you end up in the gutter somewhere. It's my job to always change people's minds. I've known that for a long time and I've had to do it.

Honestly, I'm cool with everyone, and people pick up on that. I'd say, 'I'm not gay, but it's all good.' It's kind of like going to Paris when you don't know the language; some Americans get into trouble over there, but I'm just like, 'Sorry, I don't speak French.

I always felt like I needed to act. Not that I wanted to act, but I needed to. And, I still feel that same way. There's an expression that I get to have in acting that I can't consciously express in my life. It has always defined me and it always will.

I believe that Ryan Murphy is a genius. His instincts remind me of Andy Warhol. I recently went to the Warhol museum in Pittsburgh, and you can see a lot of echoes of Andy in Ryanâs work. Like Andy, Ryanâs finger is so on the pulse of culture that heâs ahead of culture. Their aesthetic and their vision of the world are very similar.