Famous As: Best Known for His Performance in the Film âThe Roomâ
Born On: July 15, 1978
Born In: Walnut Creek, California, United States
Age: 44 Years
Greg Sestero is an American actor, model, filmmaker, and writer, best known for his role as âMarkâ in the film âThe Roomâ (2003). Â He is also the author of âThe Disaster Artistâ (2013), which became a âNew York Times Best Seller.â The film was adapted into a film of the same name, starring James Franco and Dave Franco, in 2014. He has also been a part of Hollywood films, such as âAlien Presenceâ (2009), âDude Bro Party Massacre IIIâ (2015), and âBest F(r)iendsâ (2017). He also made appearances in TV series, such as âDays of Our Livesâ (2000) and ââFashion Houseâ (2006). He was also seen in many web series, such as âHow Did This Get Made?â (2011), âNostalgia Criticâ (2013, 2018-19), and âNerdist Presentsâ (2018). We have curated some of his quotes on thought, way, control, experience, memory, disaster, etc.Â
Listed In:
Actors
Film & Theater Personalities 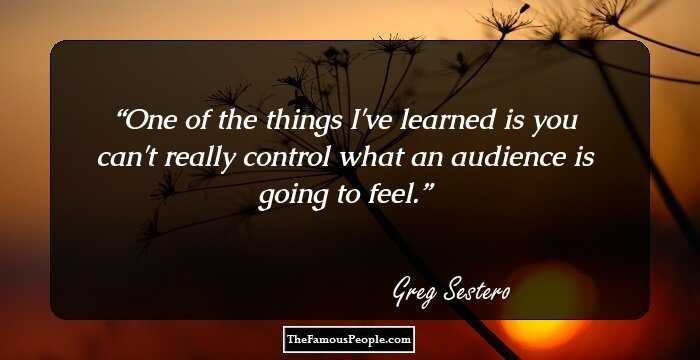 One of the things I've learned is you can't really control what an audience is going to feel. 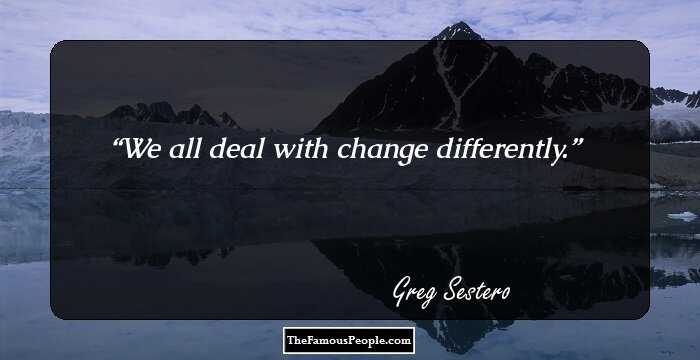 We all deal with change differently. 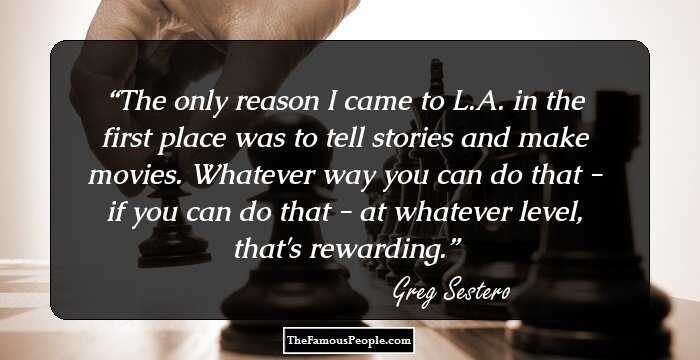 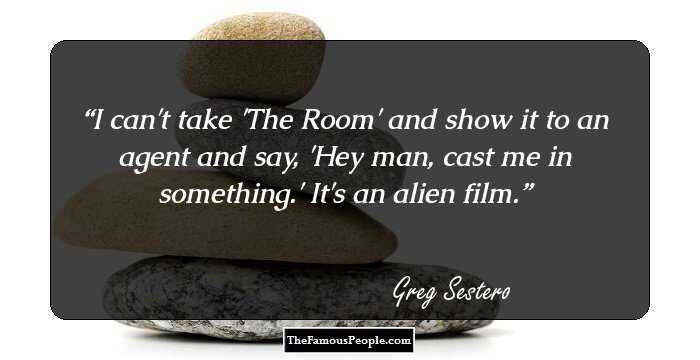 I can't take 'The Room' and show it to an agent and say, 'Hey man, cast me in something.' It's an alien film. 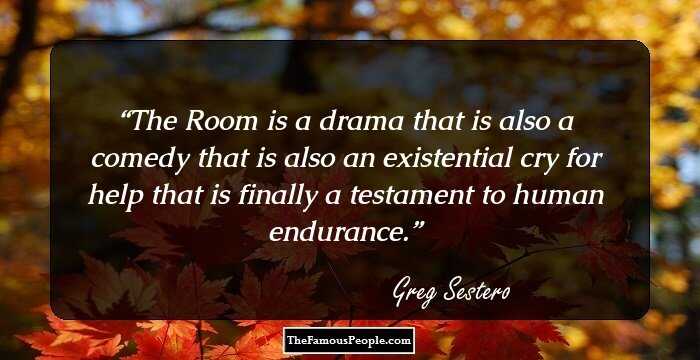 The Room is a drama that is also a comedy that is also an existential cry for help that is finally a testament to human endurance.

Upon its debut, The Room was a spectacular bomb, pulling in all of $1,800 during its initial two-week Los Angeles run. It wasn't until the last weekend of the film's short release that the seeds of its eventual cultural salvation were planted. While passing a movie theater, two young film students named Michael Rousselet and Scott Gairdner noticed a sign on the ticket booth that read: NO REFUNDS. Below the sign was this blurb from a review: âWatching this film is like getting stabbed in the head.â They were sold.