Famous As: Politician
Born On: August 30, 1960
Born In: City of Westminster
Age: 61 Years
Ben Bradshaw is an eminent British Labour Party politician, journalist and reporter. Since 1997, he has been the Member of Parliament for Exeter. From 2009 to 2010, he served as the Secretary of State for Culture, Sports and Media. Prior to making his foray in politics, he was a BBC Radio reporter. In 1992, he won the âSony News Reporter Award.â He also held the office of Minister of State in the Department of Health. He never shes away from expressing his opinions, thoughts, and viewpoints on subjects close to his heart, which also include supporting equal rights for bisexual, lesbian and gay people. We bring to you a collection of popular quotes and sayings by Ben Bradshaw which have been curated from the vast sea of his speeches, interviews, thoughts, tweets, utterances, writings, works and life. Let us browse through the quotes and thoughts by Ben Bradshaw which are extensively quoted.
Listed In:
Media Personalities
Leaders 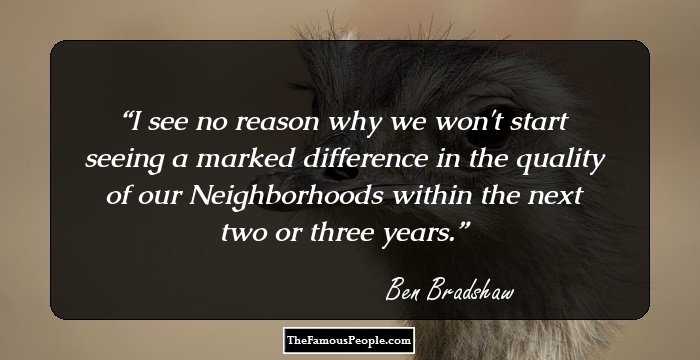 I see no reason why we won't start seeing a marked difference in the quality of our Neighborhoods within the next two or three years. 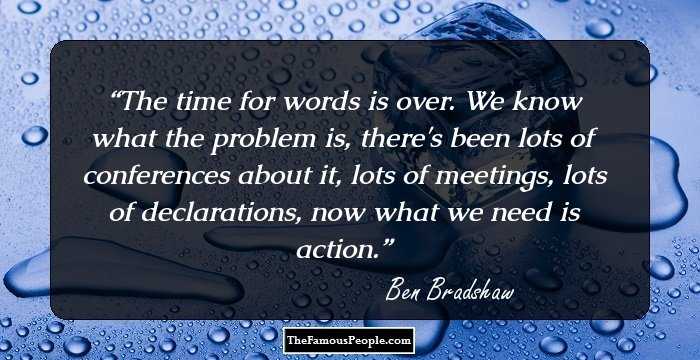 The time for words is over. We know what the problem is, there's been lots of conferences about it, lots of meetings, lots of declarations, now what we need is action. 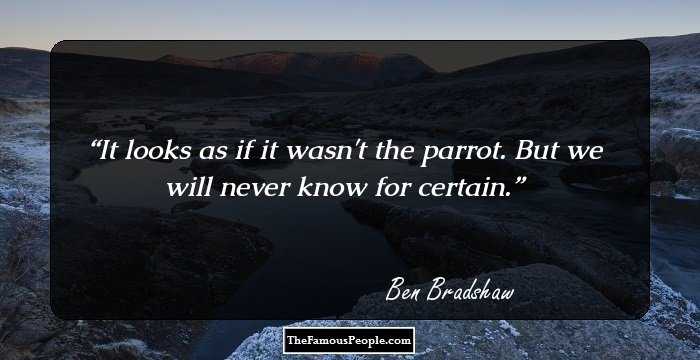 It looks as if it wasn't the parrot. But we will never know for certain. 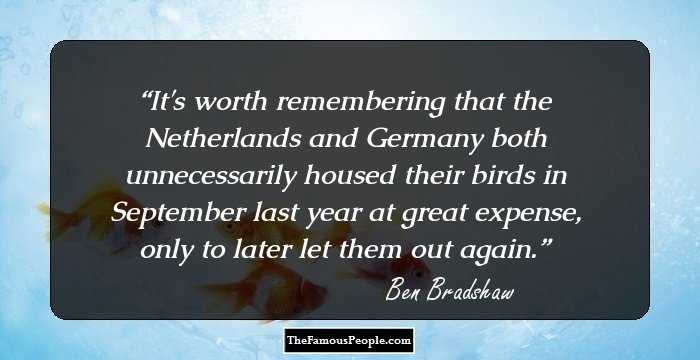 It's worth remembering that the Netherlands and Germany both unnecessarily housed their birds in September last year at great expense, only to later let them out again. 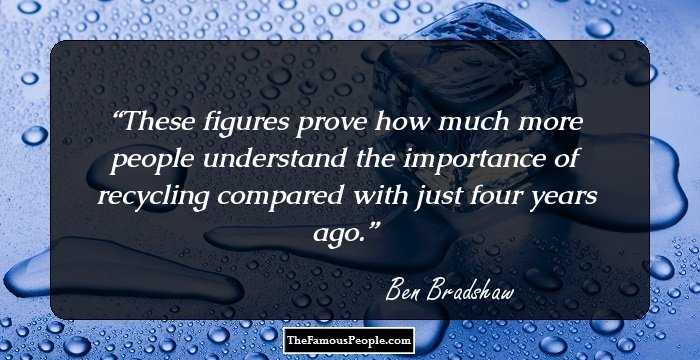 These figures prove how much more people understand the importance of recycling compared with just four years ago. 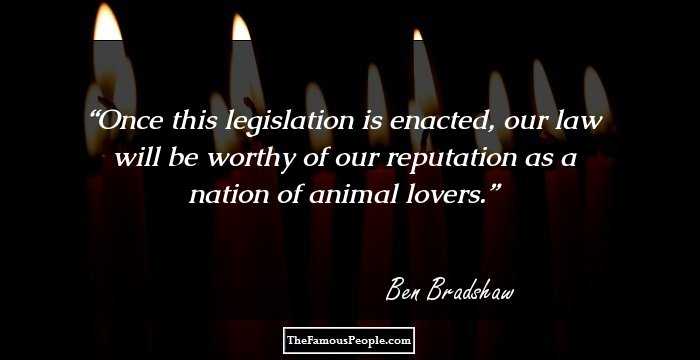 Once this legislation is enacted, our law will be worthy of our reputation as a nation of animal lovers.

We are still in first gear. The amount of waste we produce continues to rise and much of this still goes to landfill. Compared with many other European countries we still produce more, but recycle less, household waste per head. 51 Insightful Quotes By Walter Bagehot That You Should Not Miss 28 Top Arthur Koestler Quotes That You Can Connect With