Famous As: Writer, Screenwriter, Novelist, Journalist, Author, Science fiction writer
Born On: August 27, 1959
Born In: Manchester
Age: 63 Years
Jeanette Winterson is a renowned English writer known for writing in the genres of gender polarities and sexual identity. After completing her graduation from the University of Oxford she debuted as a writer with her novel titled âOranges Are Not the Only Fruitâ. This turned out to be a huge success and brought her the âWhitbread Prizeâ and was even adapted for television to bring the âBAFTA Award for Best Dramaâ. She went on to give many successful novels including âThe Passionâ and âGut Symmetriesâ. She further collaborated with ace novelists like Paul Muldoon and Anne Michaels to write and perform for the âSixty Six Books Projectâ. She even wrote a novel called âThe Daylight Gateâ where the lead character was inspired by a real-life person. She has been in the limelight for publically accepting herself as a lesbian and for portraying her love story in her novel âThe Passionâ. Following are the notable sayings and quotes by the renowned writer which have been extracted from the vast sea of her works. Read on the compilation of thoughts and quotations by Jeanette Winterson which are sure to change your perspective towards sexual identity, homosexuality, adolescence and teenage.
Listed In:
Writers
Media Personalities 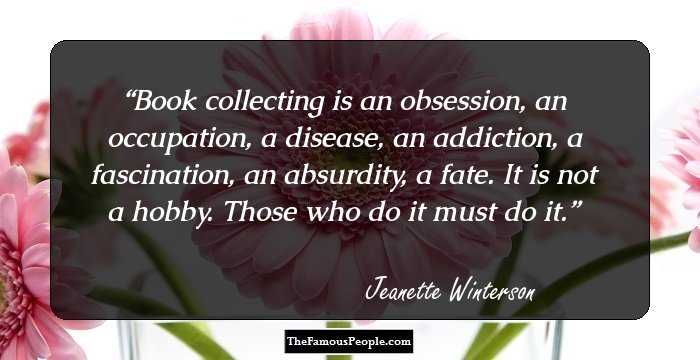 Book collecting is an obsession, an occupation, a disease, an addiction, a fascination, an absurdity, a fate. It is not a hobby. Those who do it must do it. 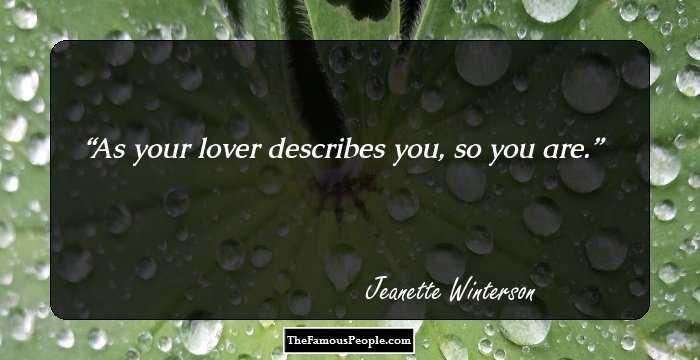 As your lover describes you, so you are. 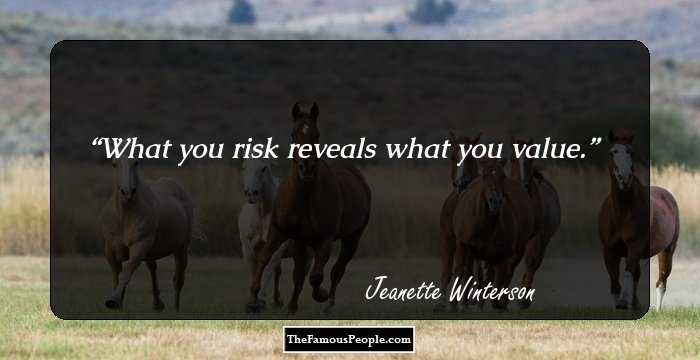 What you risk reveals what you value. 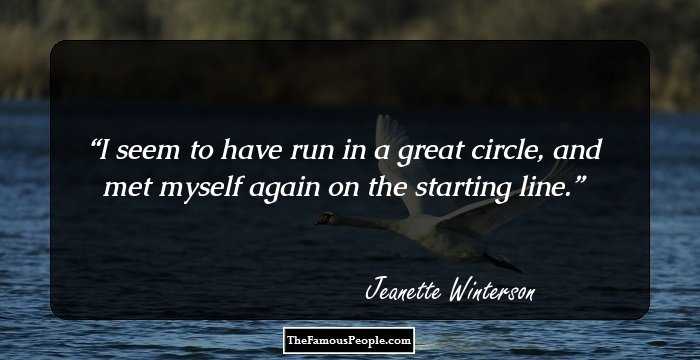 I seem to have run in a great circle, and met myself again on the starting line. 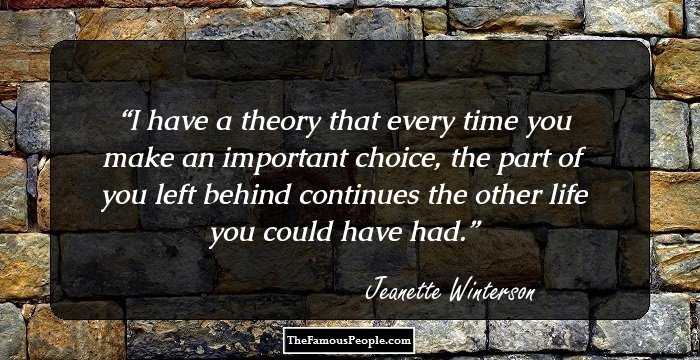 I have a theory that every time you make an important choice, the part of you left behind continues the other life you could have had.

You Life Time I
Jeanette Winterson 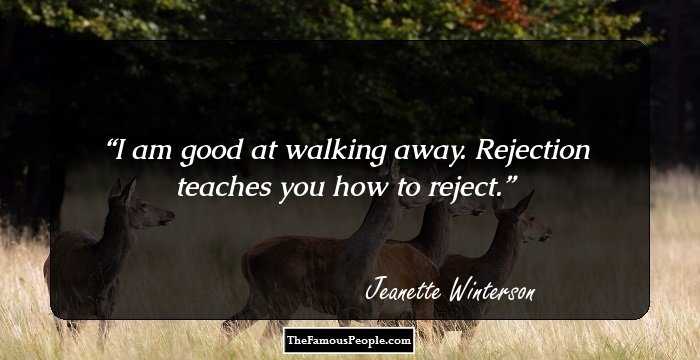 I am good at walking away. Rejection teaches you how to reject.

You I
Jeanette Winterson 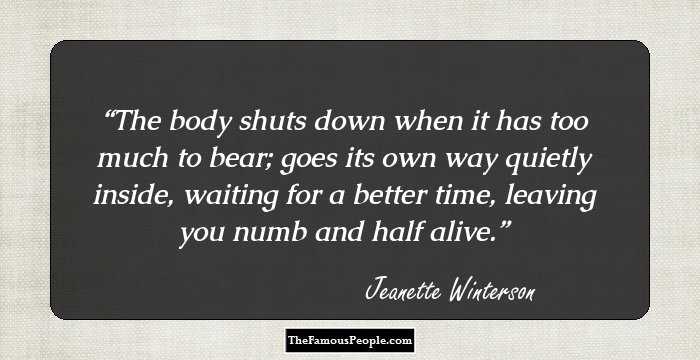 The body shuts down when it has too much to bear; goes its own way quietly inside, waiting for a better time, leaving you numb and half alive. 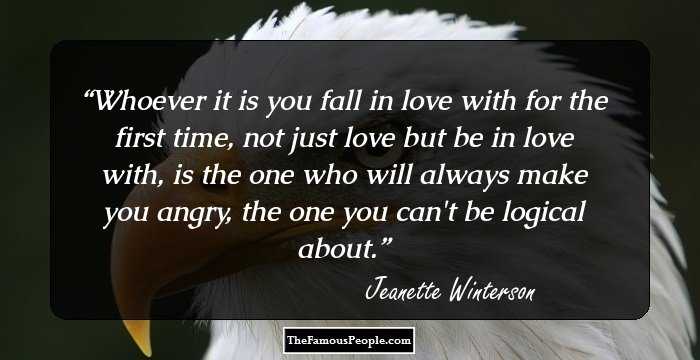 Whoever it is you fall in love with for the first time, not just love but be in love with, is the one who will always make you angry, the one you can't be logical about.

You Love Time Will
Jeanette Winterson 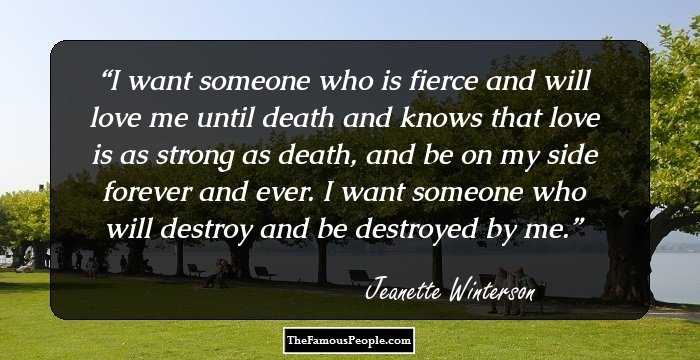 Me Death Love Will I
Jeanette Winterson 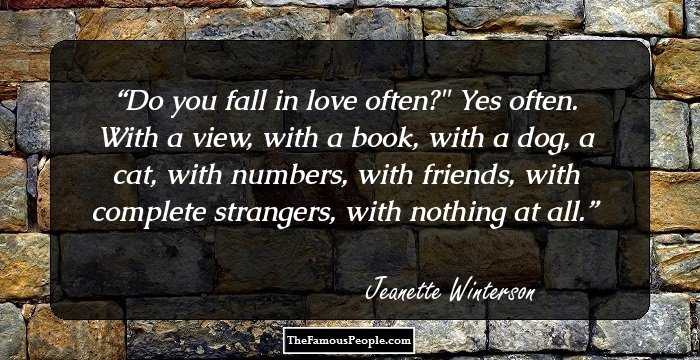 Do you fall in love often?" Yes often. With a view, with a book, with a dog, a cat, with numbers, with friends, with complete strangers, with nothing at all. 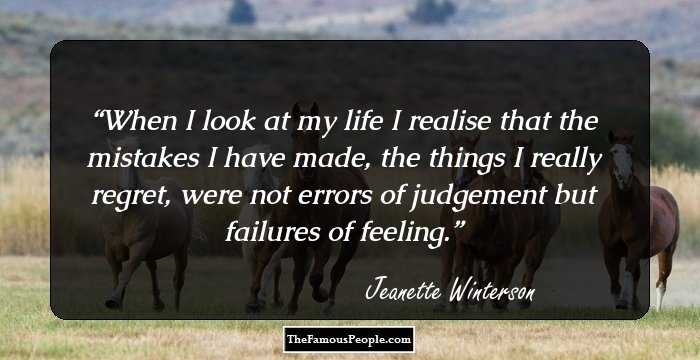 When I look at my life I realise that the mistakes I have made, the things I really regret, were not errors of judgement but failures of feeling. 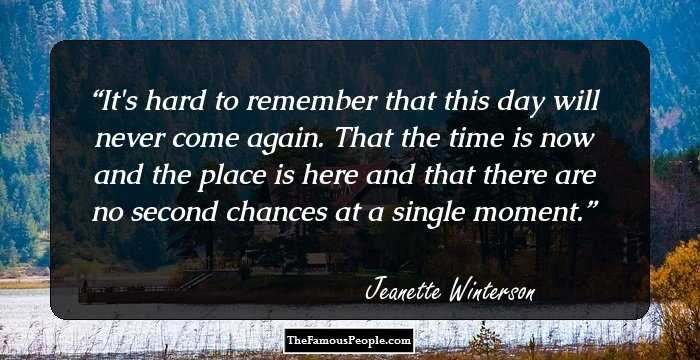 It's hard to remember that this day will never come again. That the time is now and the place is here and that there are no second chances at a single moment. 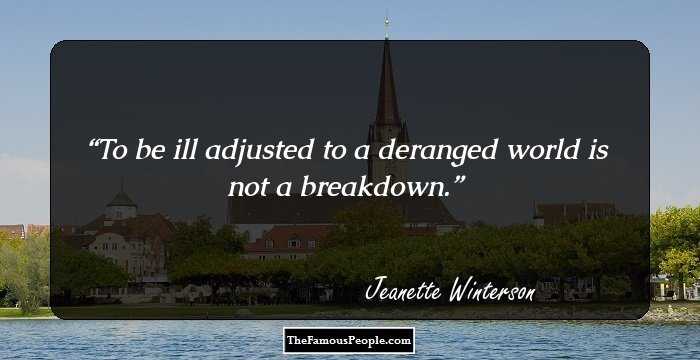 To be ill adjusted to a deranged world is not a breakdown. 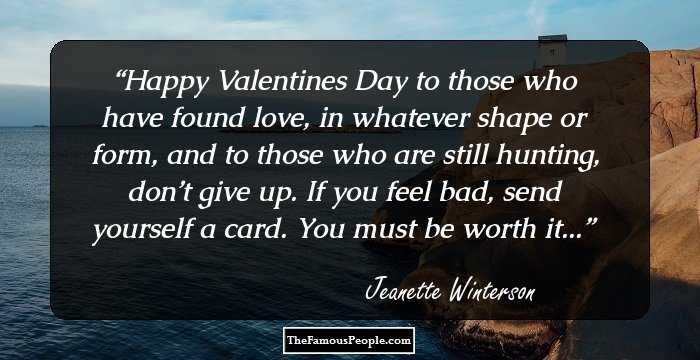 Happy Valentines Day to those who have found love, in whatever shape or form, and to those who are still hunting, don’t give up. If you feel bad, send yourself a card. You must be worth it...

You Love Yourself
Jeanette Winterson 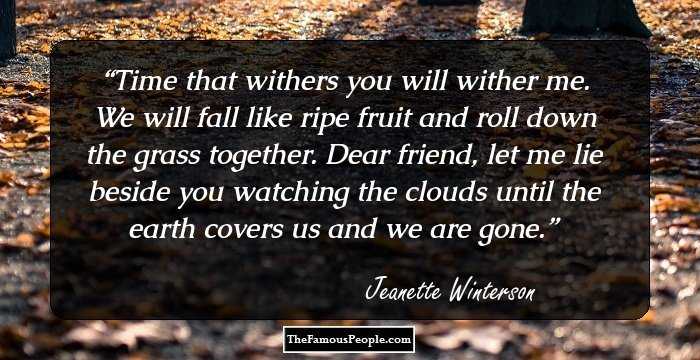 Time that withers you will wither me. We will fall like ripe fruit and roll down the grass together. Dear friend, let me lie beside you watching the clouds until the earth covers us and we are gone. 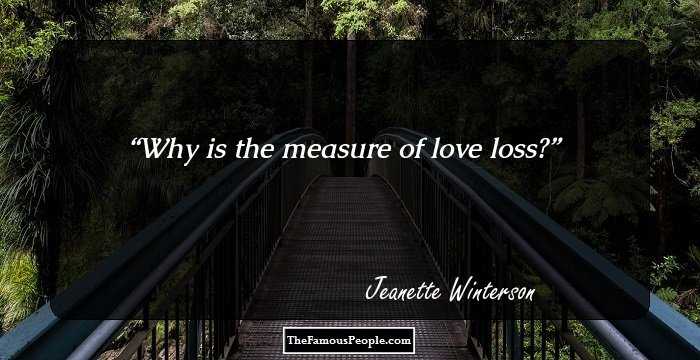 Why is the measure of love loss? 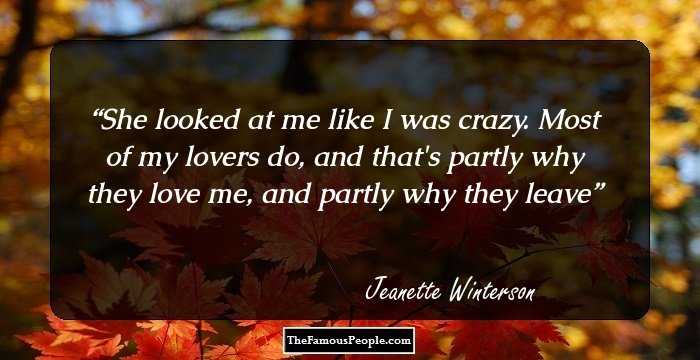 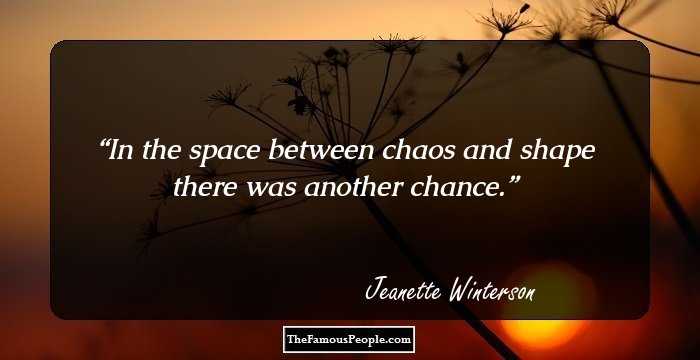 In the space between chaos and shape there was another chance. 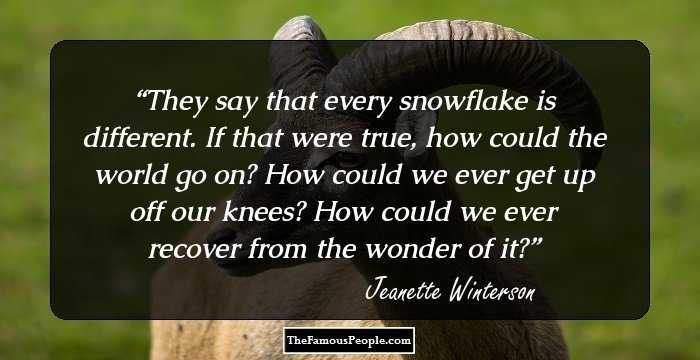 100 Quotes By John Fowles, The Author of The Magus