Famous As: Feminist and Writer
Born On: September 26, 1946
Died On: April 9, 2005
Born In: Camden, New Jersey, U.S.
Died At Age: 58
Andrea Dworkin was a renowned American writer, a critic of sexual politics and a staunch feminist known for her protesting against pornography. She was influenced to become a socialist and activist by her parents from an early age. Some major tragedies of her life are believed to have inspired her feminist ideologies. After completing her graduation she pursued a career in writing and published her first feminist book âWoman Hatingâ which aimed at discussing the affects of misogyny and pornography. She further fought against pornography and even discussed her views of how it violates womenâs civil rights in her book titled âPornography: Men Possessing Womenâ. This book helped the masses to view it through a new perspective and became one of her most notable works. She gave a speech against pornography at a conference in the United Kingdom where she helped the people understand its ill-effects and proved to be a good orator. She further wrote many books that aimed at gender equality which helped her nurture her reputation as a feminist writer and ended up with her autobiography titled âHeartbreak: The Political Memoir of a Feminist Militantâ. Her writings continue to influence her contemporary feminists including Catharine MacKinnon and Nikki Craft. She had a very radical and strong view on issues related to women and that reflects in her work. Her radical thoughts are extensively shared and quoted by people. We have curated her quotes from her work, writings, novels, and books. Go through the collection of quotations and sayings by Andrea Dworkin on objectification, feminism and patriarchy.
Listed In:
Writers 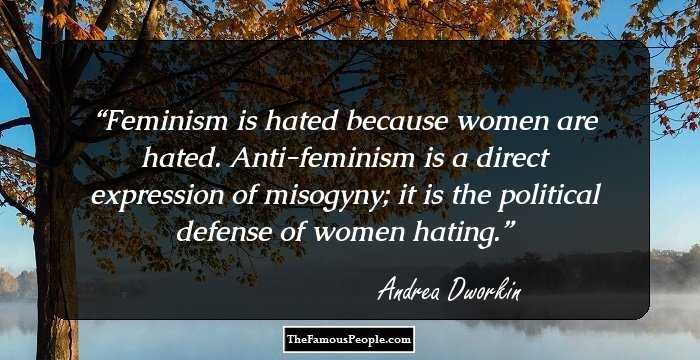 Feminism is hated because women are hated. Anti-feminism is a direct expression of misogyny; it is the political defense of women hating. 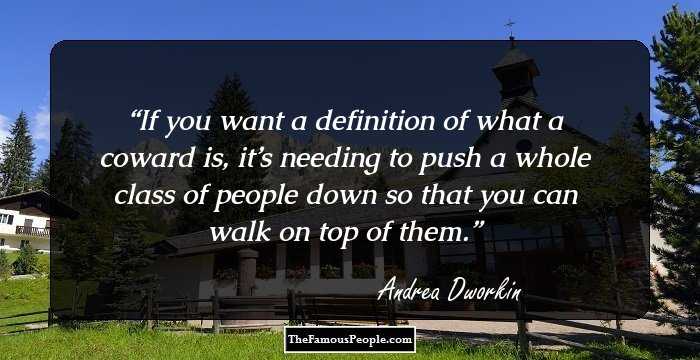 If you want a definition of what a coward is, itâs needing to push a whole class of people down so that you can walk on top of them. 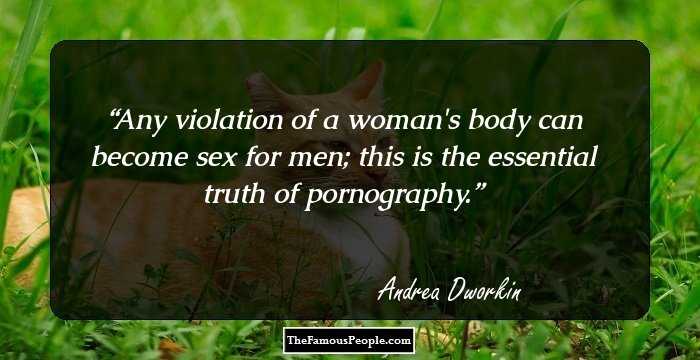 Any violation of a woman's body can become sex for men; this is the essential truth of pornography. 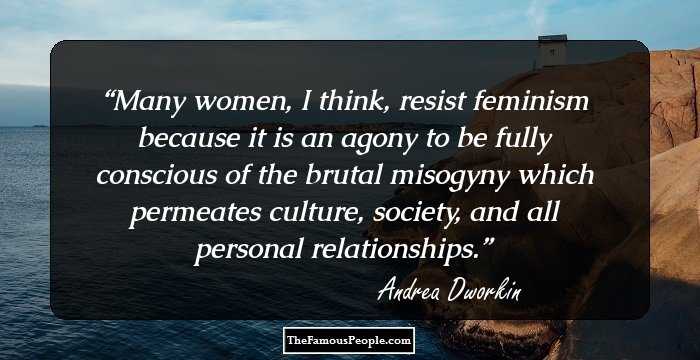 Many women, I think, resist feminism because it is an agony to be fully conscious of the brutal misogyny which permeates culture, society, and all personal relationships. 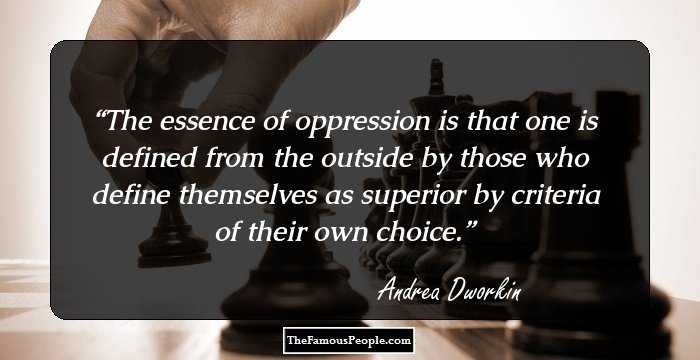 The essence of oppression is that one is defined from the outside by those who define themselves as superior by criteria of their own choice. 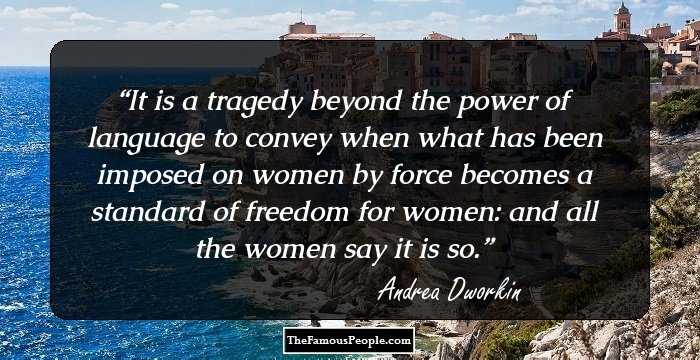 It is a tragedy beyond the power of language to convey when what has been imposed on women by force becomes a standard of freedom for women: and all the women say it is so. 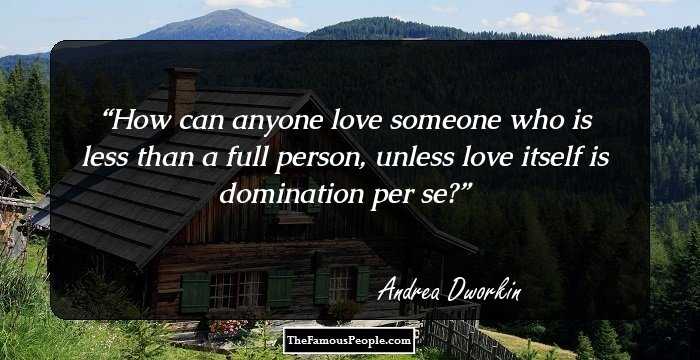 How can anyone love someone who is less than a full person, unless love itself is domination per se? 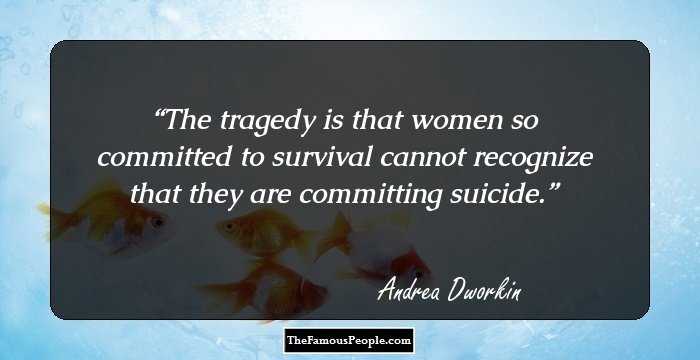 The tragedy is that women so committed to survival cannot recognize that they are committing suicide. 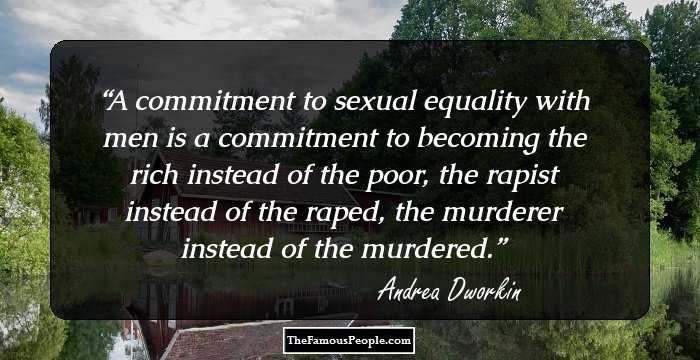 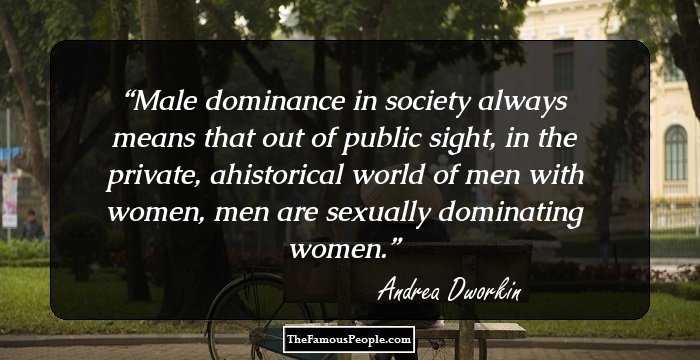 Male dominance in society always means that out of public sight, in the private, ahistorical world of men with women, men are sexually dominating women. 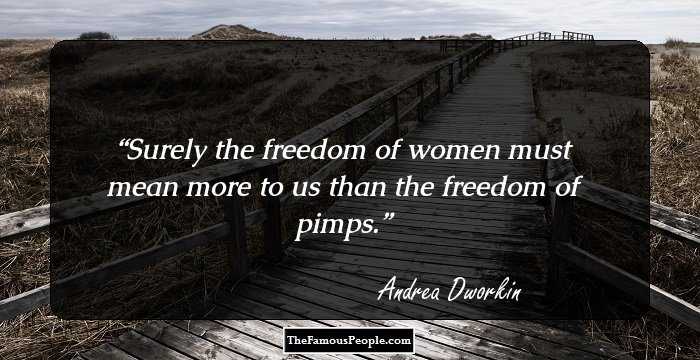 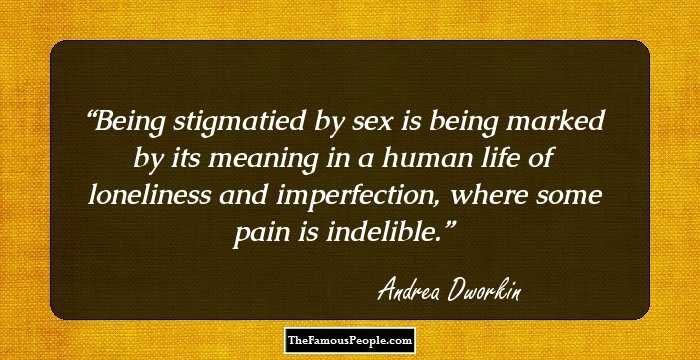 Being stigmatied by sex is being marked by its meaning in a human life of loneliness and imperfection, where some pain is indelible. 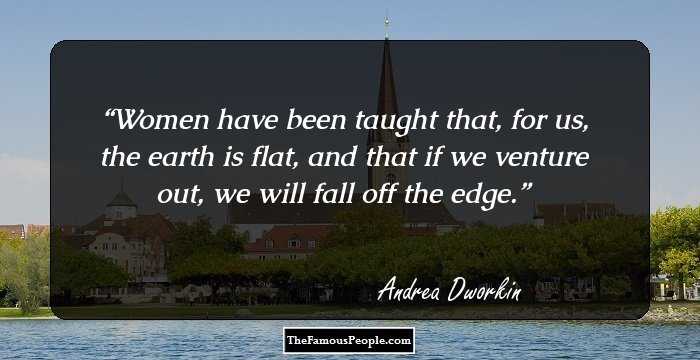 Women have been taught that, for us, the earth is flat, and that if we venture out, we will fall off the edge. 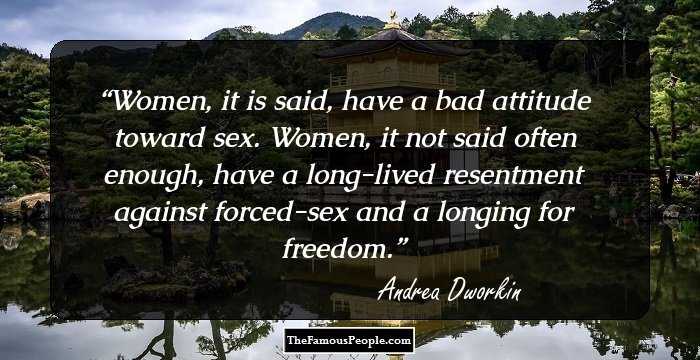 Women, it is said, have a bad attitude toward sex. Women, it not said often enough, have a long-lived resentment against forced-sex and a longing for freedom. 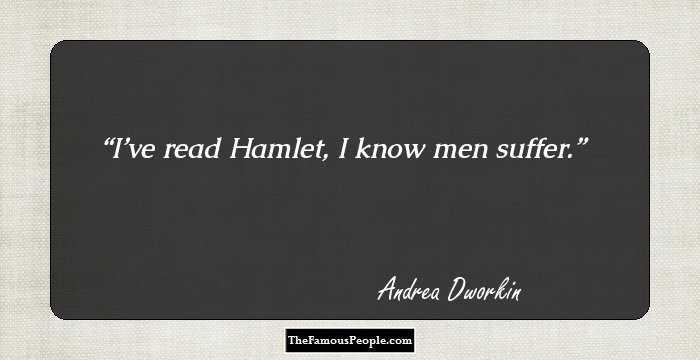 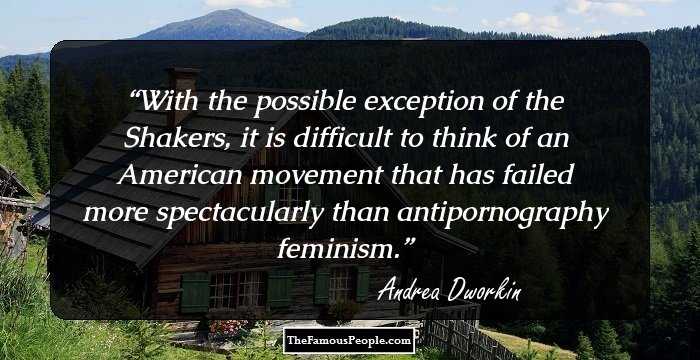 With the possible exception of the Shakers, it is difficult to think of an American movement that has failed more spectacularly than antipornography feminism. 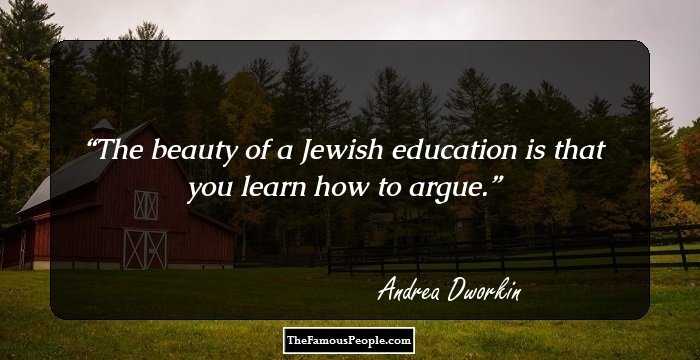 The beauty of a Jewish education is that you learn how to argue. 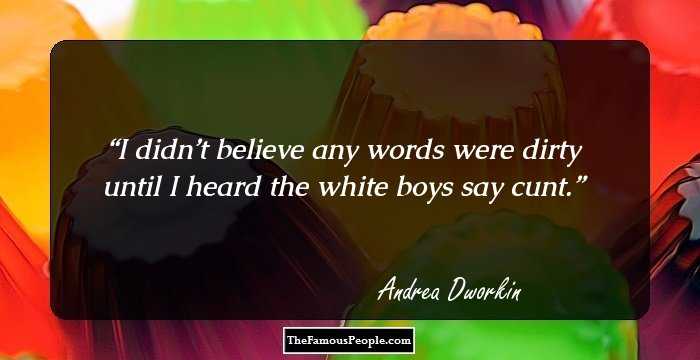 I didnât believe any words were dirty until I heard the white boys say cunt. 58 Robert Schumann Quotes That Will Enlighten Your Horizon