Steve Ballmer is a well-known American investor and businessman. He is also the former chief executive officer of Microsoft. He is the current owner of NBAâs âLos Angeles Clippersâ team. Bill Gates hired Ballmer in 1980. In 2000, Ballmer replaced Gates as the CEO. He was succeeded by Satya Nadella in 2014. Though, during his tenure the company doubled its profits and tripled its sales, yet the firm lost its market dominance and could not keep up with the 21stÂ century technology fads. We have collected a few zingers by Steve Ballmer. Scroll down to read through the compilation of quotes and thoughts by Steve Ballmer, the eccentric guy. 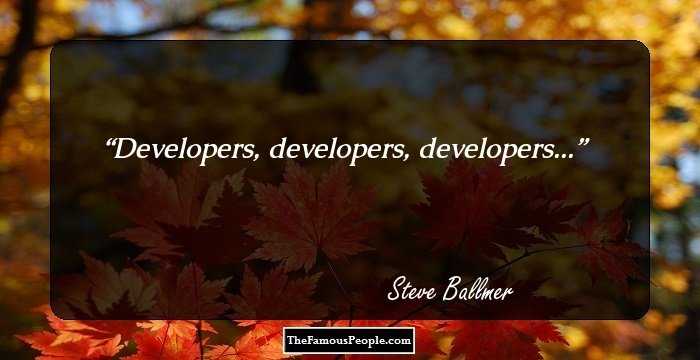 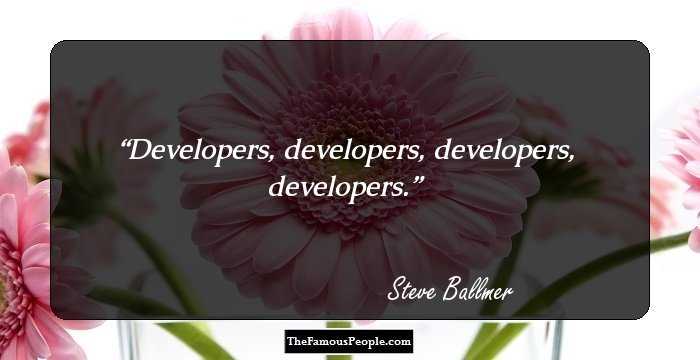 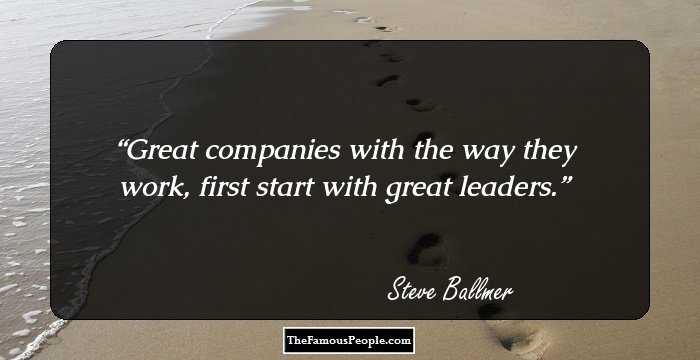 Great companies with the way they work, first start with great leaders. 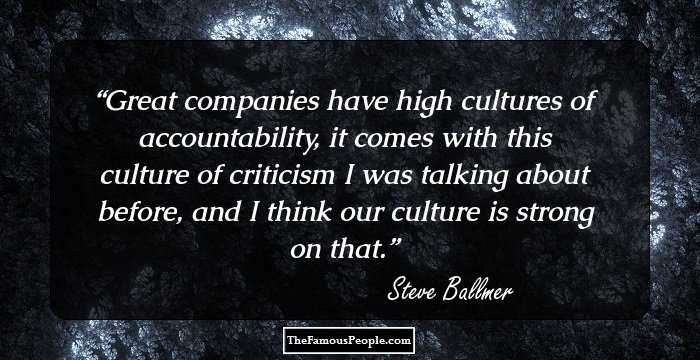 Great companies have high cultures of accountability, it comes with this culture of criticism I was talking about before, and I think our culture is strong on that. 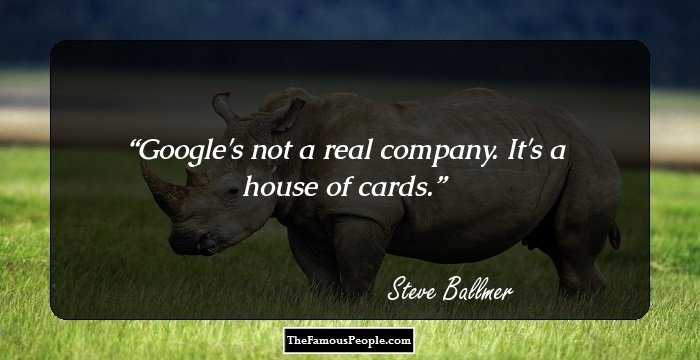 Google's not a real company. It's a house of cards. 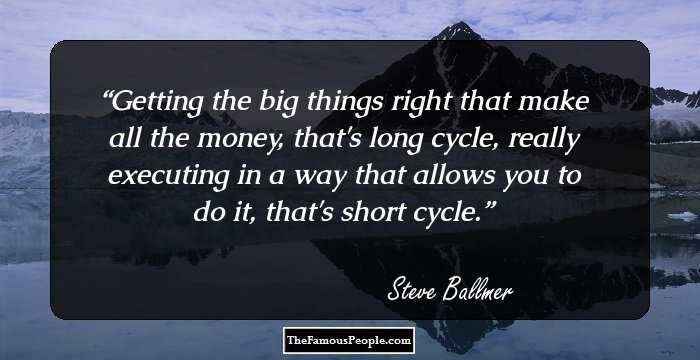 Getting the big things right that make all the money, that's long cycle, really executing in a way that allows you to do it, that's short cycle. 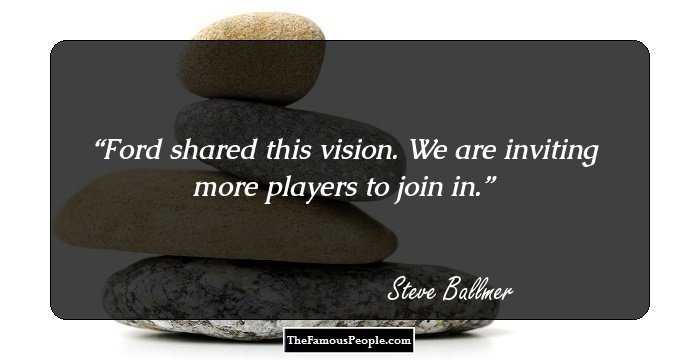 Ford shared this vision. We are inviting more players to join in. 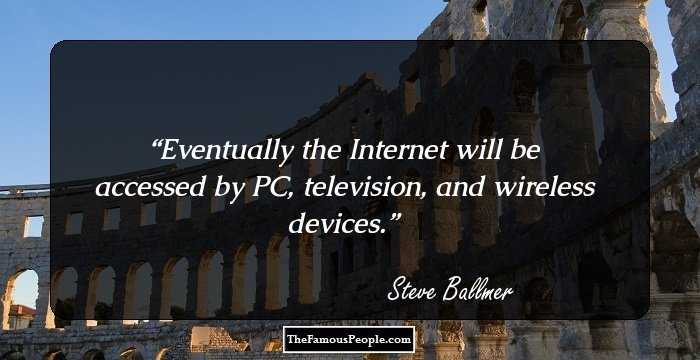 Eventually the Internet will be accessed by PC, television, and wireless devices. 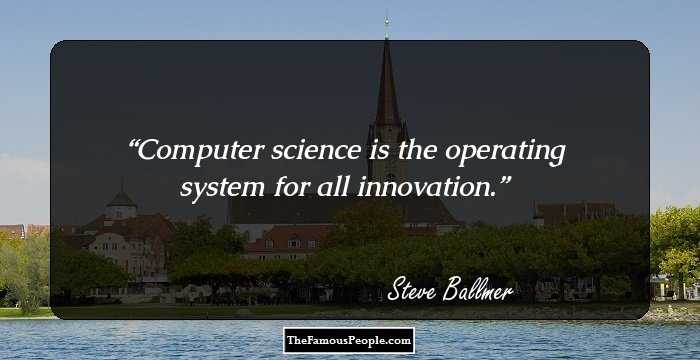 Computer science is the operating system for all innovation. 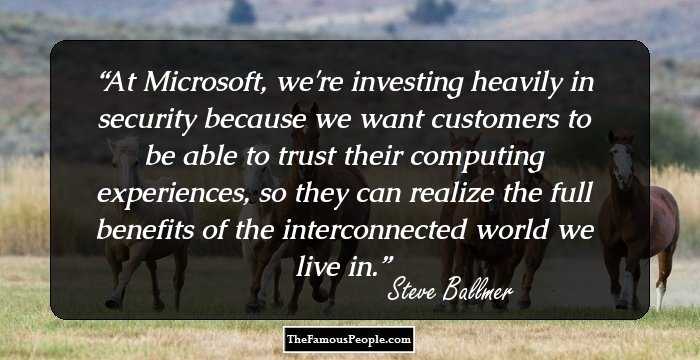 At Microsoft, we're investing heavily in security because we want customers to be able to trust their computing experiences, so they can realize the full benefits of the interconnected world we live in. 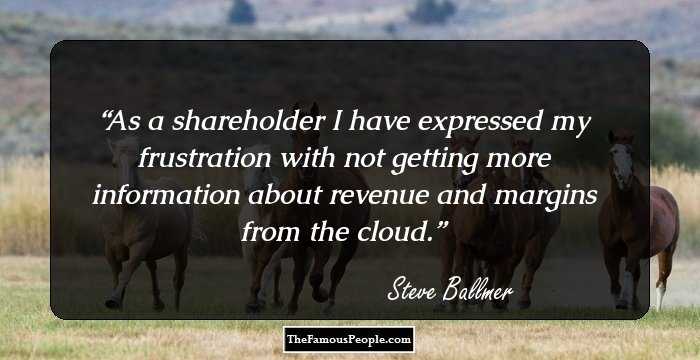 As a shareholder I have expressed my frustration with not getting more information about revenue and margins from the cloud. 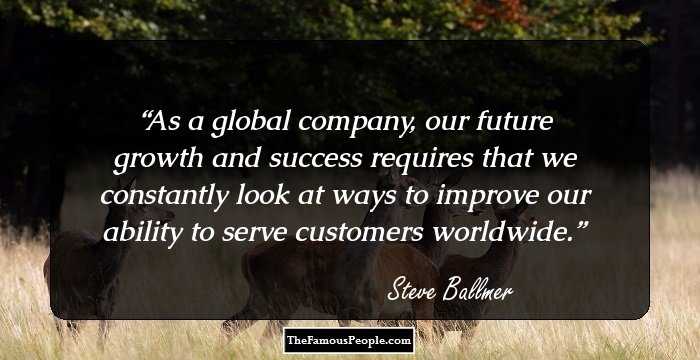 As a global company, our future growth and success requires that we constantly look at ways to improve our ability to serve customers worldwide. 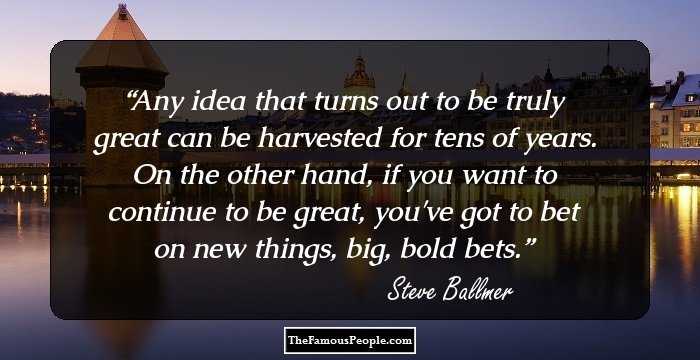 Any idea that turns out to be truly great can be harvested for tens of years. On the other hand, if you want to continue to be great, you've got to bet on new things, big, bold bets. 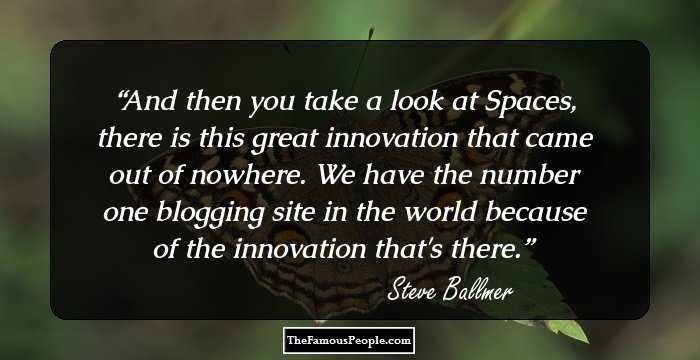 And then you take a look at Spaces, there is this great innovation that came out of nowhere. We have the number one blogging site in the world because of the innovation that's there. 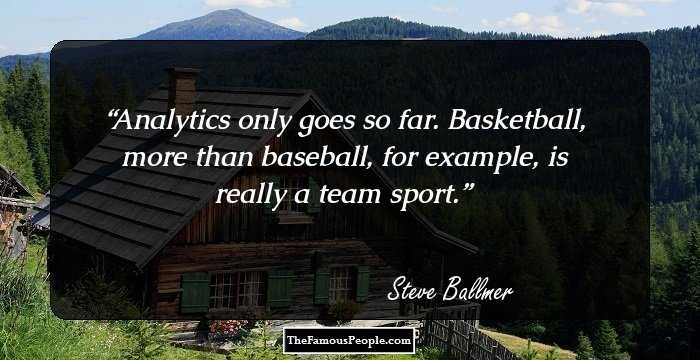 Analytics only goes so far. Basketball, more than baseball, for example, is really a team sport. 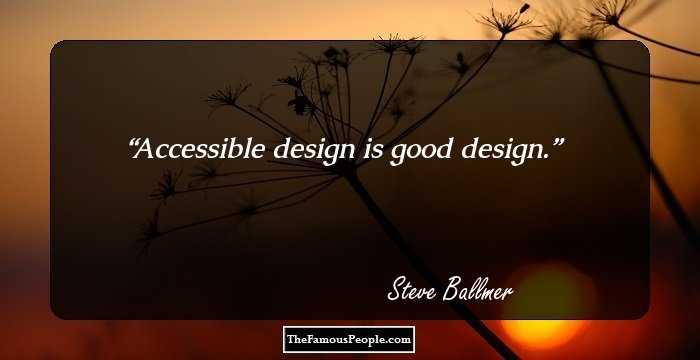 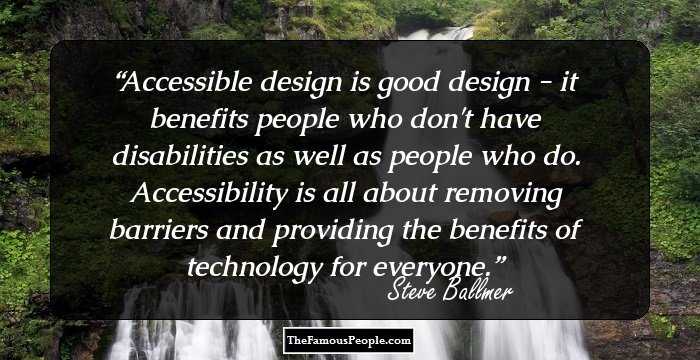 Accessible design is good design - it benefits people who don't have disabilities as well as people who do. Accessibility is all about removing barriers and providing the benefits of technology for everyone.

500 dollars? Fully subsidized? With a plan? I said that is the most expensive phone in the world. And it doesn't appeal to business customers because it doesn't have a keyboard. Which makes it not a very good email machine.

All companies of any size have to continue to push to make sure you get the right leaders, the right team, the right people to be fast acting, and fast moving in the marketplace. We've got great leaders, and we continue to attract and promote great new leaders.

Almost three years ago, when I retired, my wife and I were talking about our philanthropic work and how does one help give opportunity, particularly to kids growing up in very disadvantaged situations.And my initial kind of sense was, the government does that primarily, and what we should mostly do is pay our taxes. My wife said, no, I don't think that's quite right for us. We need to do more. We can do better.

At Microsoft I had many years of experience and history and seeing connections. With my direct reports, the job at Microsoft was to delegate and then be able to properly review, but not to micromanage. To have a way of connecting and integrating without getting in the way.

Baseball is a set of individuals doing their thing in the same team, but it's much more individual. In basketball people are making real time decisions about who gets the ball, do we trust everybody out on the court, and the analytics certainly don't show you all those subtle dynamics, but they're very important.

Everyone likes to differentiate between business and consumers but I don't see the difference really. Most people are people. I get personal and business mail and I have one set of contacts from my life. I don't want to manage two sets. I want one view of my world.

From a client perspective, I really think the work Microsoft's doing with Surface, with HoloLens, with Xbox, that stuff's absolutely essential to the company's future. Because innovation in the future will either be from the cloud out to all devices, or from devices as supported by software in the cloud. I think it's important for Microsoft to participate both ways. 18 Meaningful Quotes By Jim Rogers That Reflect His Investing Insights