Famous As: Lawyer, Writer, Poet lawyer
Born On: August 18, 1934
Died On: June 6, 2015
Born In: Hibbing
Died At Age: 80
Vincent Bugliosi was a respected American attorney and a best-selling author. He completed his law studies from the âUniversity of Miamiâ backed by a tennis scholarship. He joined as a âDeputy District Attorneyâ at the âLos Angeles Countyâ where he soon gained recognition for prosecuting the infamous and notorious criminal âCharles Mansonâ. Charles was arrested for committing murders but there was no proof of his direct involvement but Vincent brought substantial evidence to help the government in prosecuting him. He published a book on the case titled âHelter Skelterâ which is acknowledged to be the best-selling true crime book. It has been honored by the âEdgar Awardâ and has also been adapted into a hit movie. He further prosecuted many popular criminals including âSharon Tateâ and âSteven Parentâ. He as a writer has published some of the top-selling books criticizing media, lawyers, and judges. His next hit book was the âOutrage: The Five Reasons Why O.J. Simpson Got Away with Murderâ where he explained the reason behind O.J. Simpsonâs acquittal. He also wrote a book called âThe Prosecution of George W. Bush for Murderâ where he criticized how the president had misled the masses to kill innocent people of Iraq and the US Army. Go through this collection of quotes and thoughts by Vincent which reflects his high level of intellect. Let us browse through some of the most noted quotations and sayings by Vincent Bugliosi.
Listed In:
Writers
Lawyers & Judges 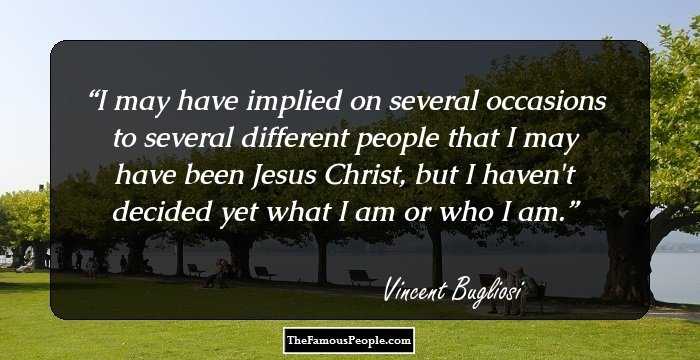 I may have implied on several occasions to several different people that I may have been Jesus Christ, but I haven't decided yet what I am or who I am. 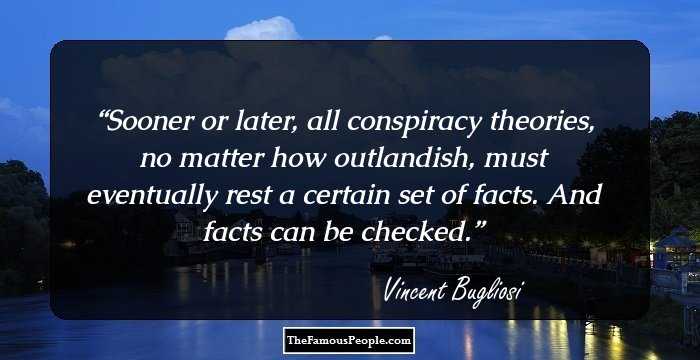 Sooner or later, all conspiracy theories, no matter how outlandish, must eventually rest a certain set of facts. And facts can be checked. 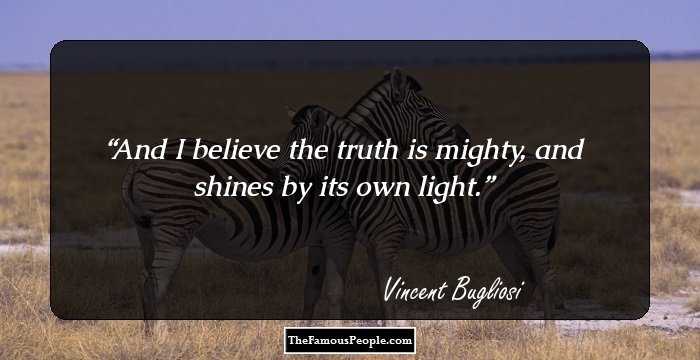 And I believe the truth is mighty, and shines by its own light. 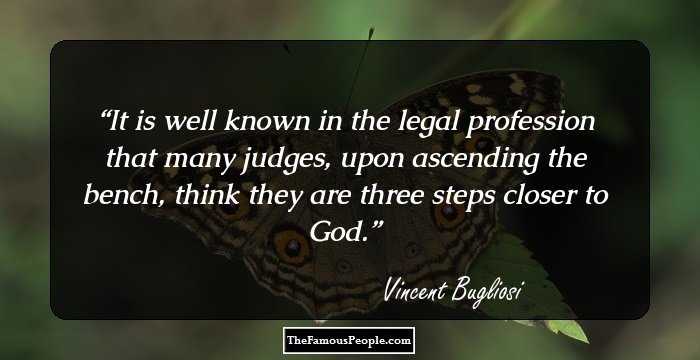 It is well known in the legal profession that many judges, upon ascending the bench, think they are three steps closer to God. 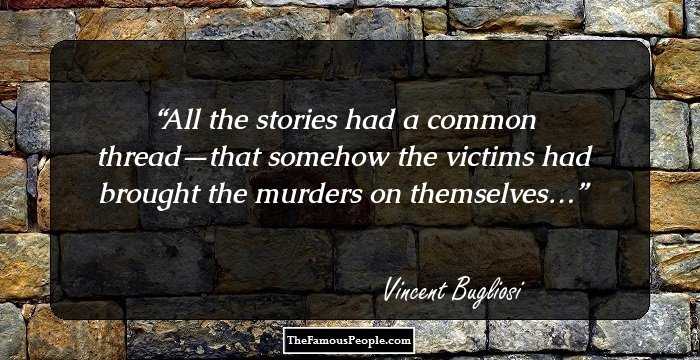 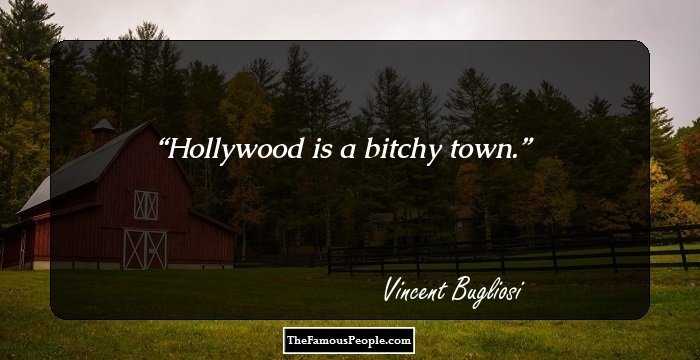 Hollywood is a bitchy town. 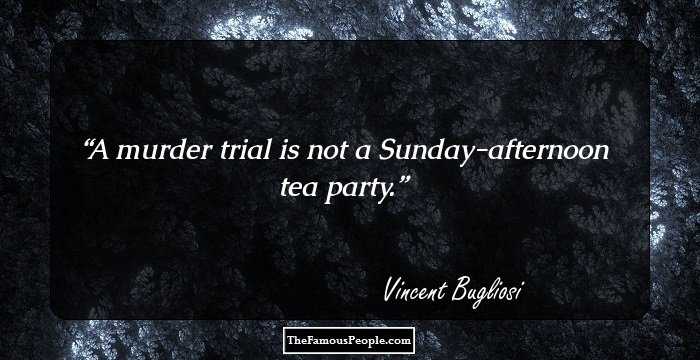 A murder trial is not a Sunday-afternoon tea party.