Famous As: Singer-songwriter
Born On: February 9, 1963
Born In: Marietta, Georgia, United States
Age: 59 Years
James Travis Tritt is an American country singer and actor. Trittâs songs have appeared on music charts several times. Some of his songs, such as âHelp Me Hold On,â âCan I Trust You with My Heart,â and âBest of Intentionsâ are quite popular. He has also received two âGrammy Awardsâ for his songs âThe Whiskey Ain't Workinâ and âSame Old Trainâ in 1992 and 1998, respectively. As an actor, he made his first appearance in a TV film âRio Diablo,â in 1993. He also appeared in TV shows, such as âTales from the Cryptâ (1995), âThe Long Killâ (1999), ââYes, Dearâ (2002), âBattleground Earthâ (2008), and âForever My Girlâ (2018). We have curated some of Travis Tritt's quotes on love, life, people, country, needs, goal, writing, music, etc.
Listed In:
Actors
Musicians
Singers
Film & Theater Personalities
Country Singers 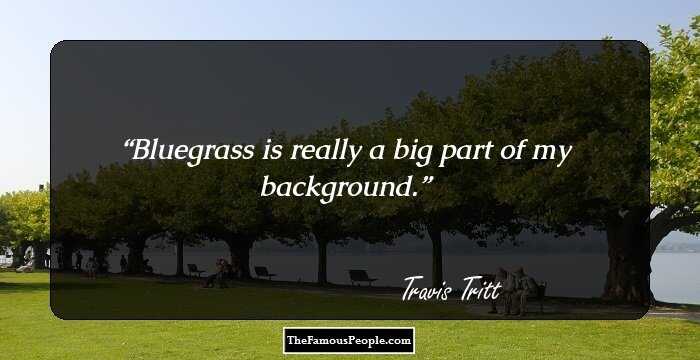 Bluegrass is really a big part of my background. 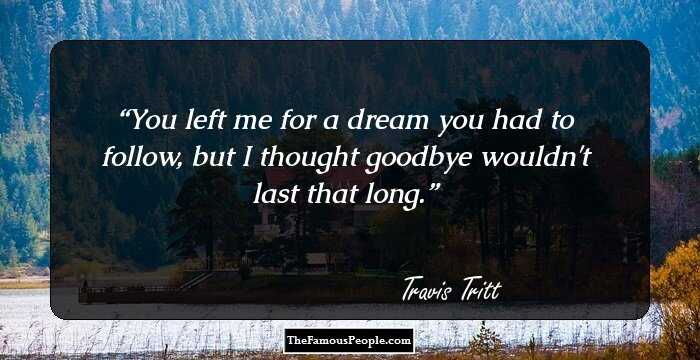 You left me for a dream you had to follow, but I thought goodbye wouldn't last that long. 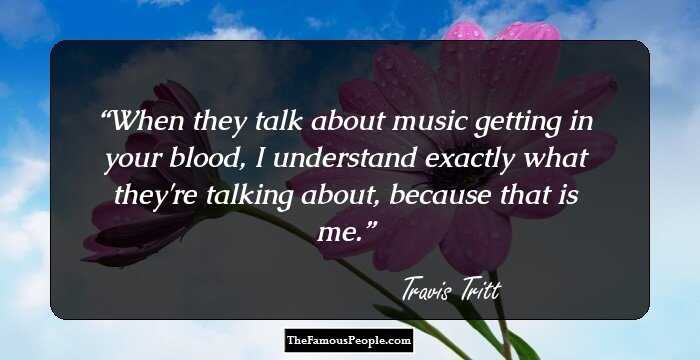 When they talk about music getting in your blood, I understand exactly what they're talking about, because that is me. 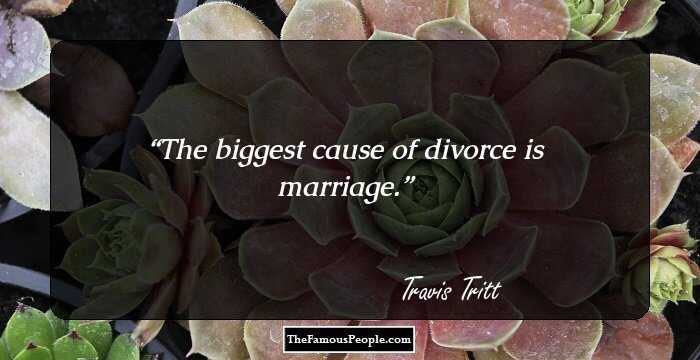 The biggest cause of divorce is marriage. 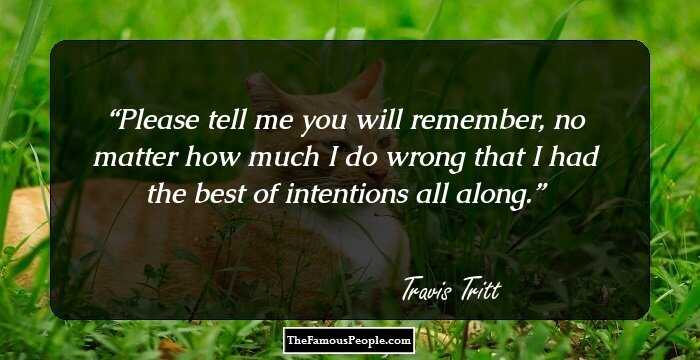 Please tell me you will remember, no matter how much I do wrong that I had the best of intentions all along. 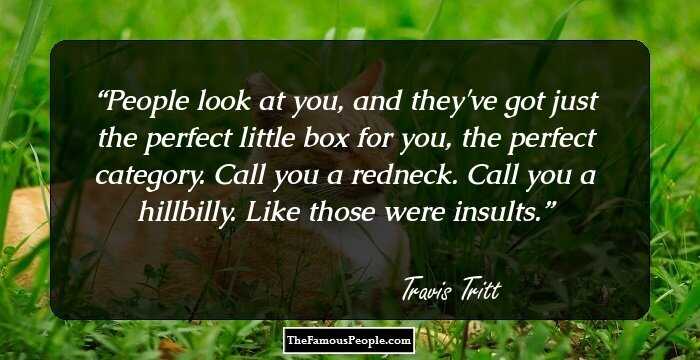 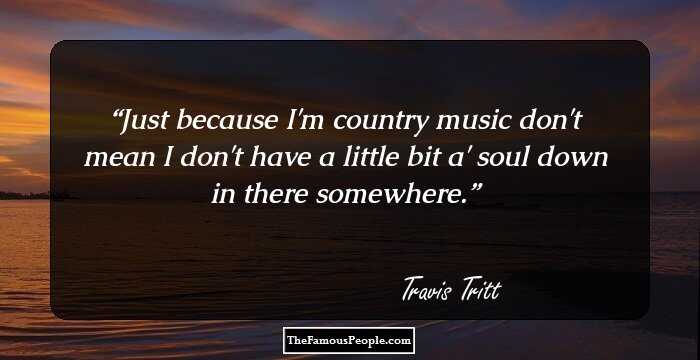 Just because I'm country music don't mean I don't have a little bit a' soul down in there somewhere. 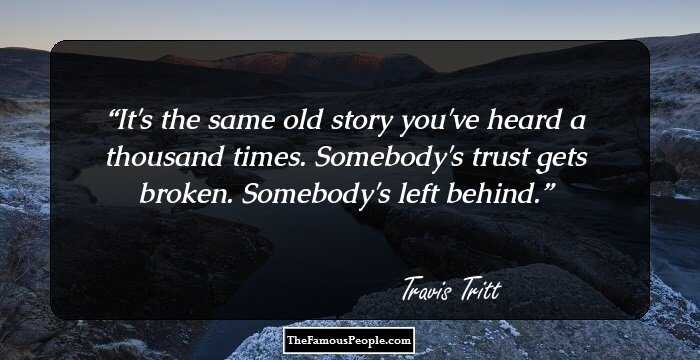 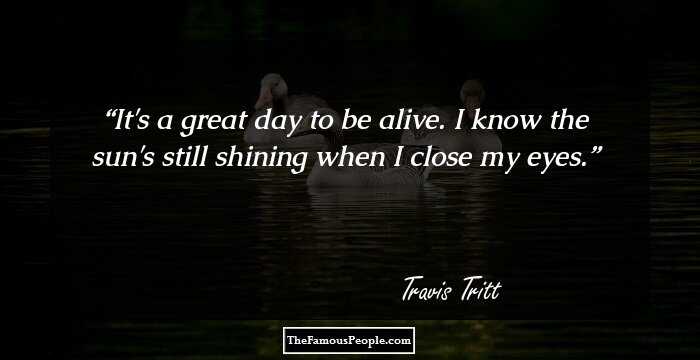 It's a great day to be alive. I know the sun's still shining when I close my eyes. 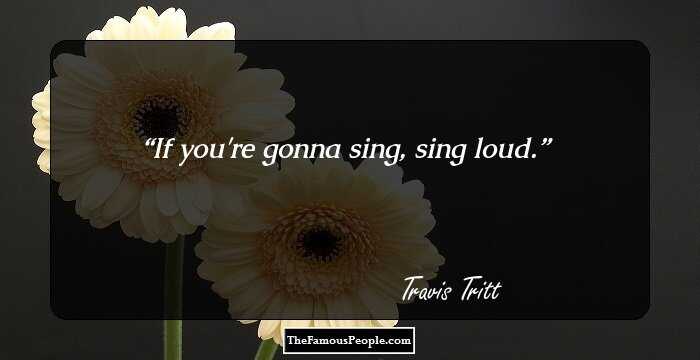 If you're gonna sing, sing loud. 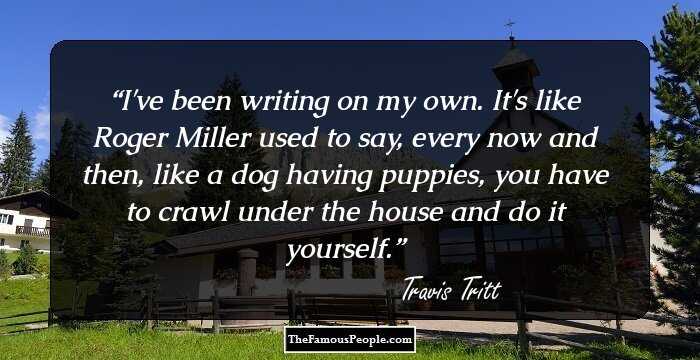 I've been writing on my own. It's like Roger Miller used to say, every now and then, like a dog having puppies, you have to crawl under the house and do it yourself. 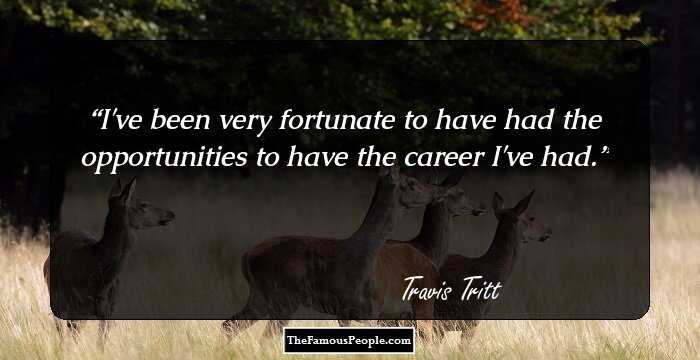 I've been very fortunate to have had the opportunities to have the career I've had. 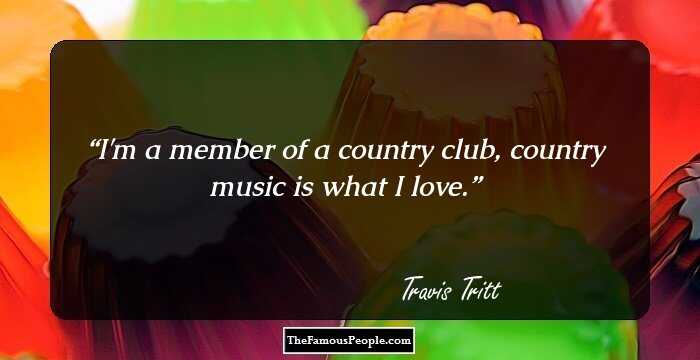 I'm a member of a country club, country music is what I love. 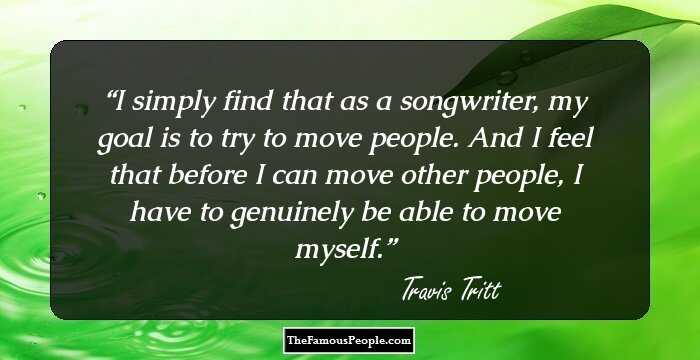 I simply find that as a songwriter, my goal is to try to move people. And I feel that before I can move other people, I have to genuinely be able to move myself. 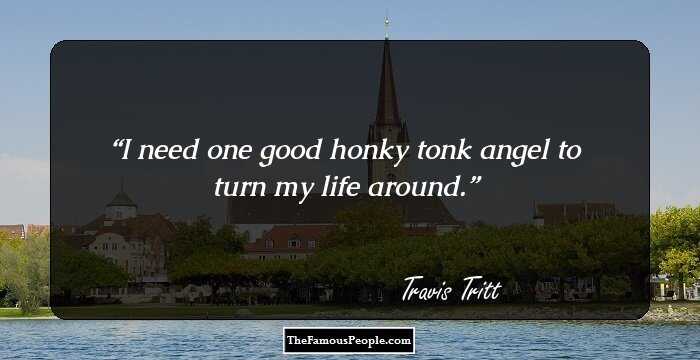 I need one good honky tonk angel to turn my life around. 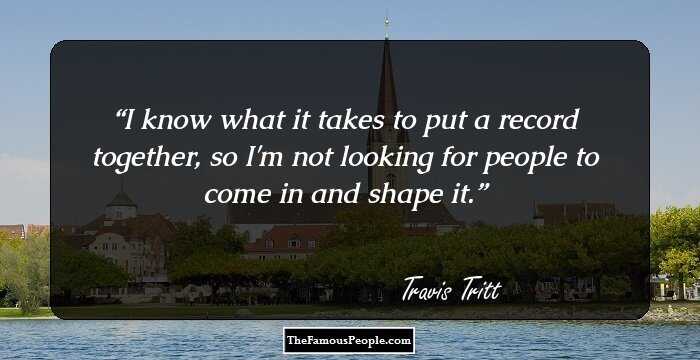 I know what it takes to put a record together, so I'm not looking for people to come in and shape it. 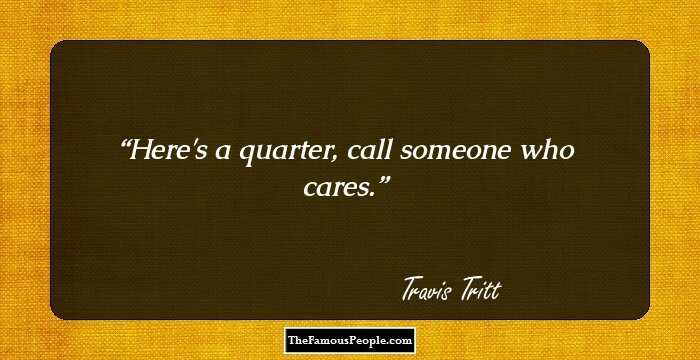 Here's a quarter, call someone who cares. 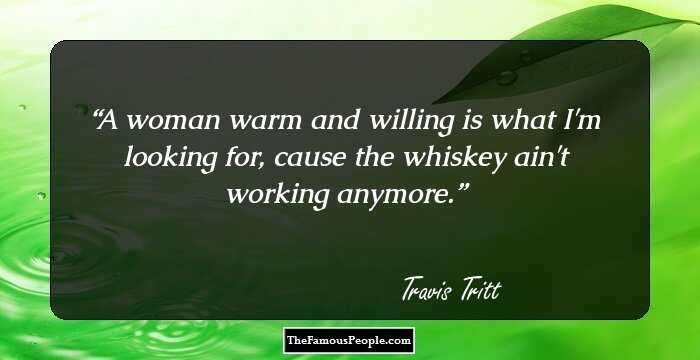 A woman warm and willing is what I'm looking for, cause the whiskey ain't working anymore.

A little bit South you've got Macon, Georgia - home of the Allman Brothers, the Marshall Tucker Band and Capricorn Records. And off to west you've got Delta blues. Sprinkle Southern gospel over the top of that, and you're talking about where I came from. I loved all of that music.

I liked experimenting with a lot of different styles. So, it always saddens me when I see young people, or even older people for that matter, who are limited to one specific type of music. They don't really allow themselves to experience so many types of music out there that are so wonderful to listen to. And there's good parts and bad parts, I guess, to all of them.

The determination and enthusiasm of the Category 5 team makes it the perfect home for my music as I embark on this next stage of my career. The promotional savvy and level of support they've pledged meets or exceeds anything I've seen from the major labels I've been associated with.