Sheikh Hasina is a well-known Bangladeshi politician. She is the 10th Prime Minister of Bangladesh. She holds the feat of being the longest serving prime minister of the country. She is the daughter of the countryâs foremost leader âSheikh Mujibur Rahmanâ; Hasinaâs political career has spanned more than forty years. She has been criticized for her authoritarian practices and her tenure has been blemished by a number of scandals. We have gathered some noteworthy and famous quotes and sayings by Sheikh Hasina which have been curated from her speeches, public utterances, tweets, interviews, works, thoughts and life. Browse through the corpus of popular and interesting quotes and thoughts by Sheikh Hasina on life, friendship, will, terrorism, education, welfare, graduation, poverty, dream, war, childhood, religion, election, system, awareness, opportunity etc. 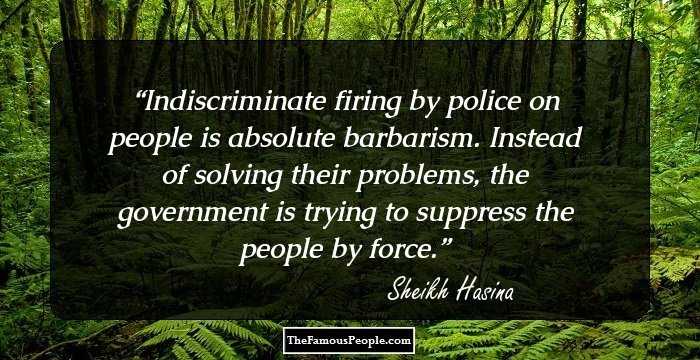 Indiscriminate firing by police on people is absolute barbarism. Instead of solving their problems, the government is trying to suppress the people by force. 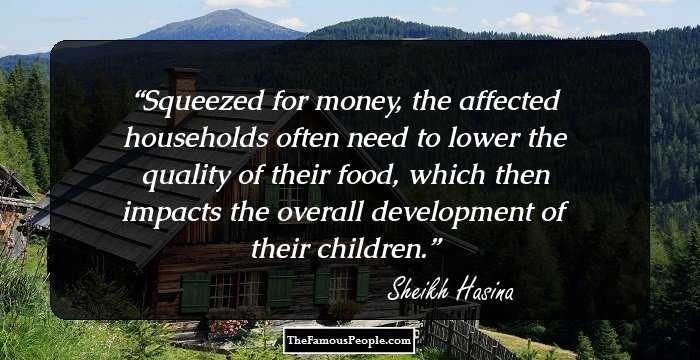 Squeezed for money, the affected households often need to lower the quality of their food, which then impacts the overall development of their children. 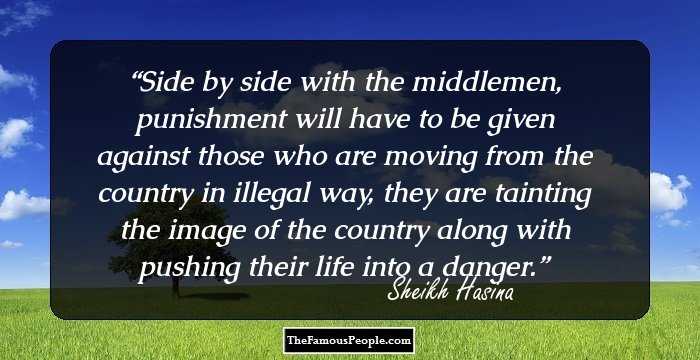 Side by side with the middlemen, punishment will have to be given against those who are moving from the country in illegal way, they are tainting the image of the country along with pushing their life into a danger. 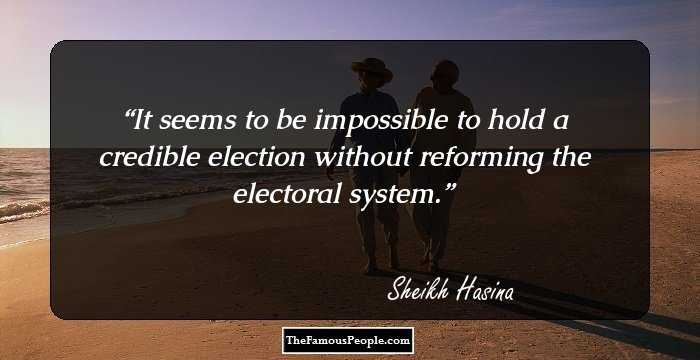 It seems to be impossible to hold a credible election without reforming the electoral system. 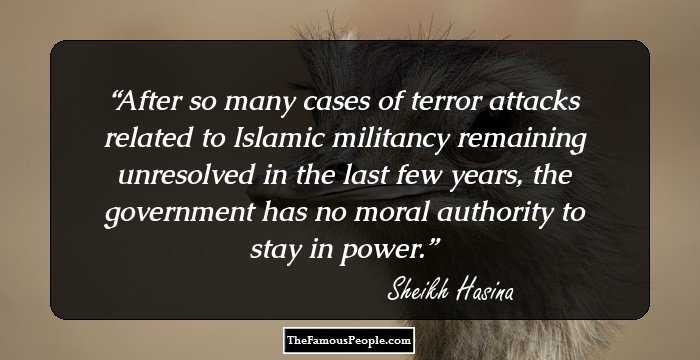 After so many cases of terror attacks related to Islamic militancy remaining unresolved in the last few years, the government has no moral authority to stay in power.