16 Bess Myerson Quotes That Give A Glimpse Of Her Personality

Famous As: Actor, Politician, Model, Television actor
Born On: July 16, 1924
Died On: December 14, 2014
Born In: The Bronx
Died At Age: 90
Bess Myerson was a famous American model, television actress, and politician who gained recognition as the First Jewish Miss America in 1945, the only person of Jewish faith to have bagged the title. During the 1950s and the 1960s, she was frequently seen on television. She is considered to be a hero to the Jewish community and holds the feat of being the most famous gorgeous girl since Queen Esther. She served in the New York City government as a commissioner. From the 1960s through the 1980s, she aided presidential commissions. She was indicted on conspiracy and bribery charges resulting in the termination of her public service career in the late 1980s. Following are some popular thoughts, words, experiences, opinions and views that Bess Myerson shared. Take a look at the thoughts and quotes by Bess Myerson that will give you a glimpse of her personality.
Listed In:
Film & Theater Personalities
Actresses
Fashion
Leaders 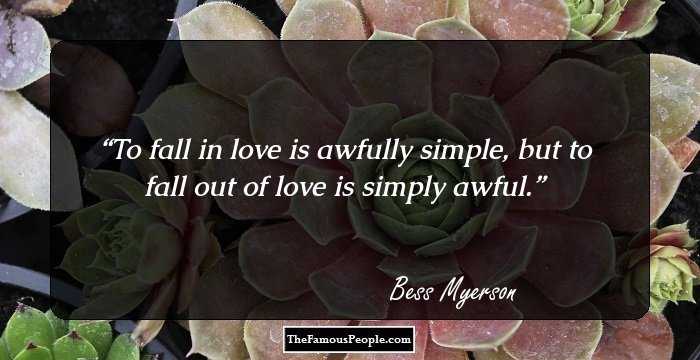 To fall in love is awfully simple, but to fall out of love is simply awful. 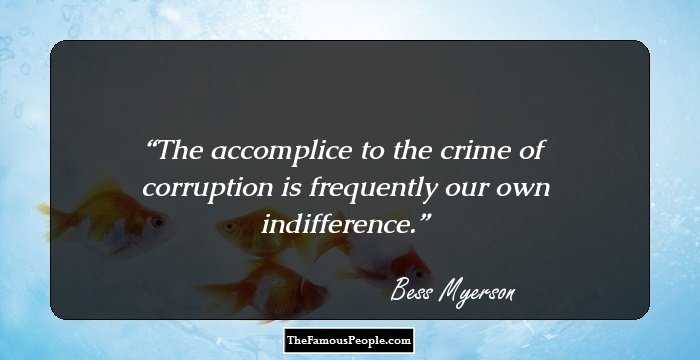 The accomplice to the crime of corruption is frequently our own indifference. 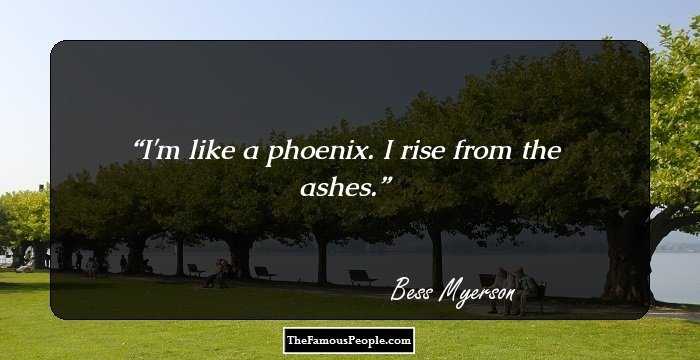 I'm like a phoenix. I rise from the ashes. 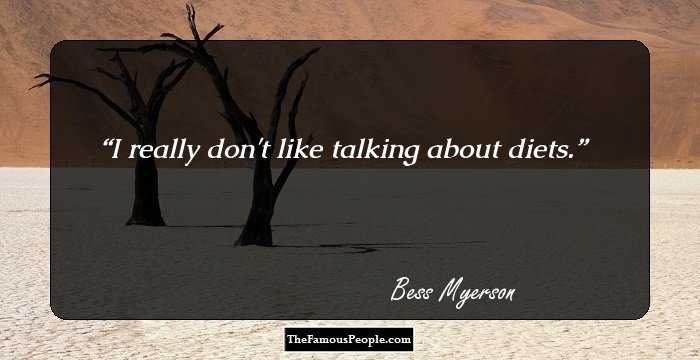 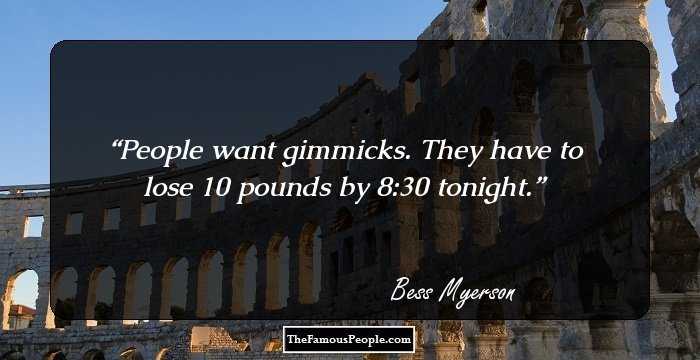 People want gimmicks. They have to lose 10 pounds by 8:30 tonight. 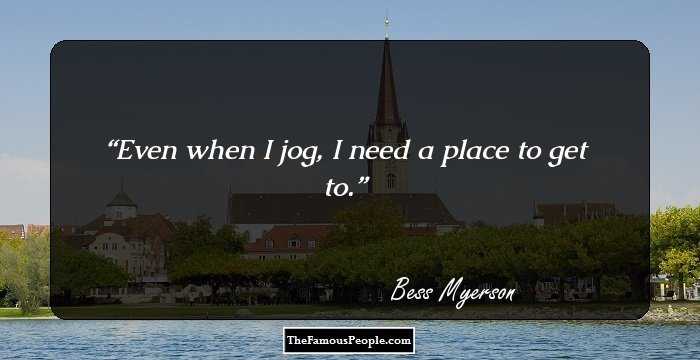 Even when I jog, I need a place to get to. 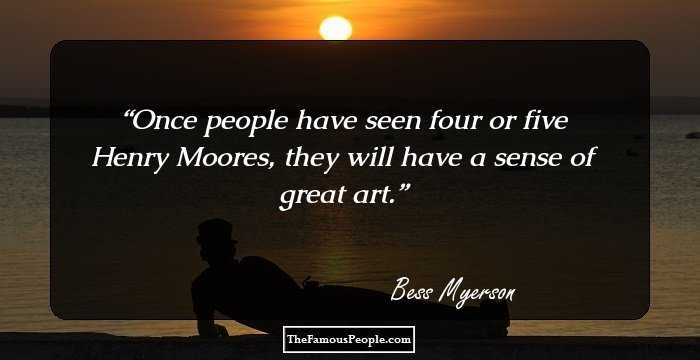 Once people have seen four or five Henry Moores, they will have a sense of great art. 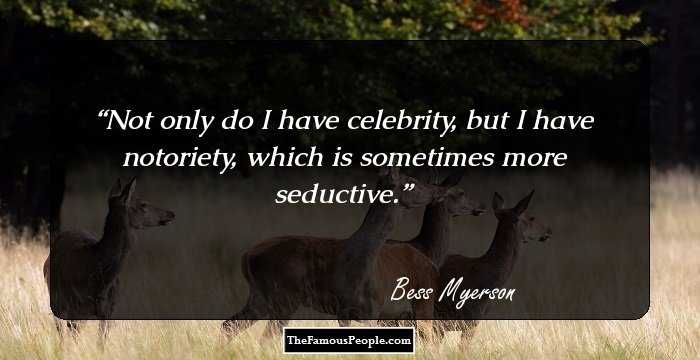 Not only do I have celebrity, but I have notoriety, which is sometimes more seductive. 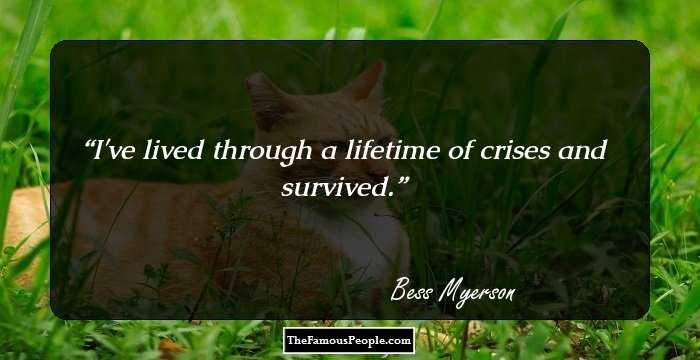 I've lived through a lifetime of crises and survived. 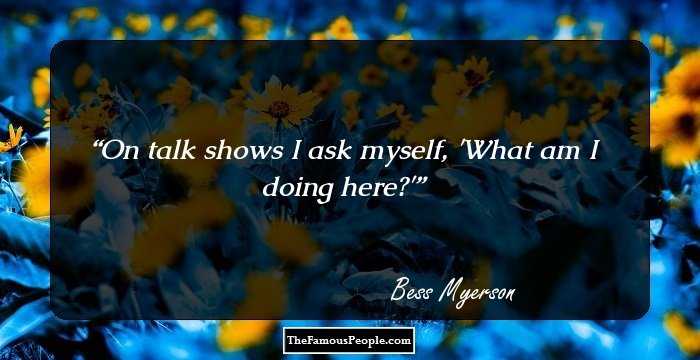 On talk shows I ask myself, 'What am I doing here?' 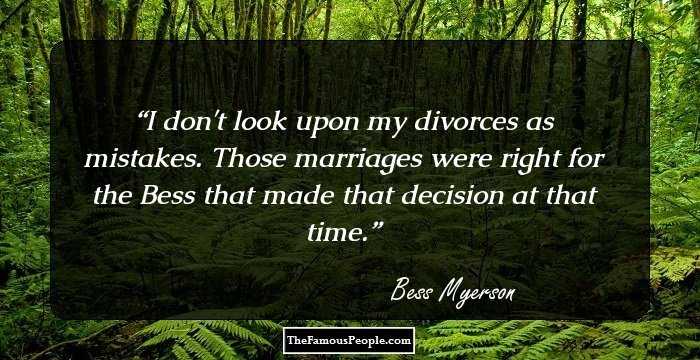 I don't look upon my divorces as mistakes. Those marriages were right for the Bess that made that decision at that time. 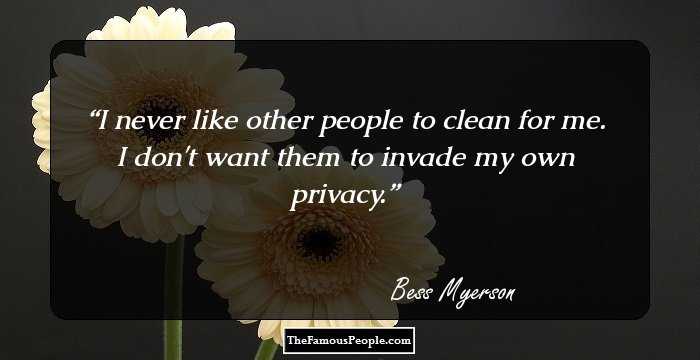 I never like other people to clean for me. I don't want them to invade my own privacy. 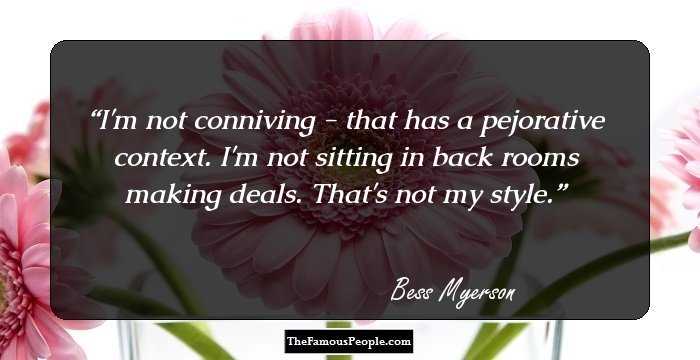 I'm not conniving - that has a pejorative context. I'm not sitting in back rooms making deals. That's not my style. 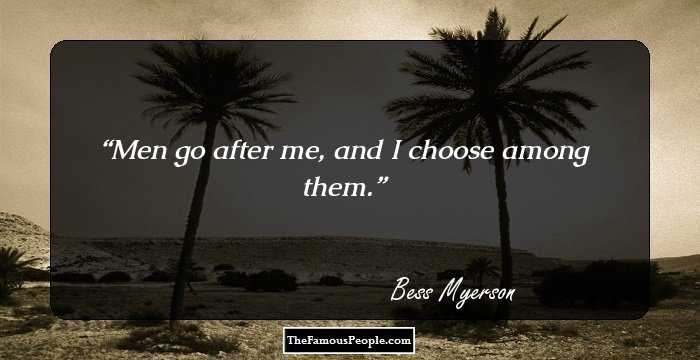 Men go after me, and I choose among them.

Mama never told me, 'Bess, you did good.' She wanted the best for us and she was an incredible administrator. She ran those three kids, that house, the whole bit. But if I looked fine, she'd find something wrong - the color, the hem... I used to tell her, 'Mama, don't worry when you're not with me, because you're with me.'

All the praise I received couldn't substitute for the praise I had never received from my mother at home. I longed for some wonderful man to come and save me from my life - but there didn't seem to be any, at least not for me.