Famous As: Actor
Born On: May 13, 1986
Born In: London, England
Age: 36 Years
Robert Pattinson is an illustrious English model, actor, musician, and producer. He began his career in 2005 with âHarry Potter and the Goblet of Fire,â where he played the role of Cedric Diggory. From 2008 to 2012, he played the lead in the movie adaptations of the Twilight novels that consisted of five films. The series not only grossed over $3.3 billion worldwide but also brought in global recognition for Robert, establishing him as one of the most bankable actors in Hollywood. Here is a list of quotes by Robert Pattison on life, love, wife, movies, celebrity, believe, role, problem, music, acting, couple, courage, strength, etc.Â
Listed In:
Actors
Film & Theater Personalities 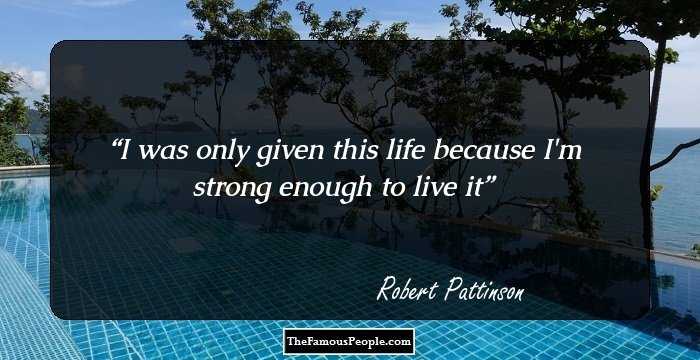 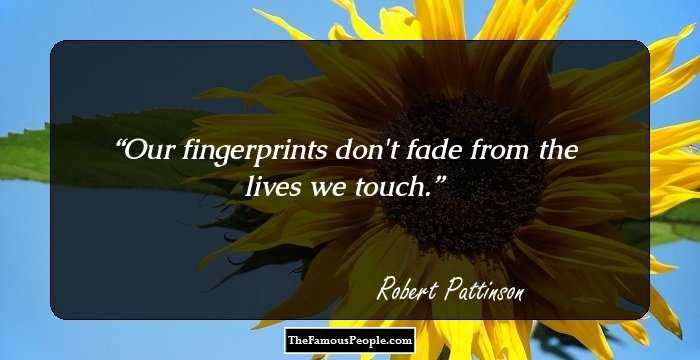 Our fingerprints don't fade from the lives we touch. 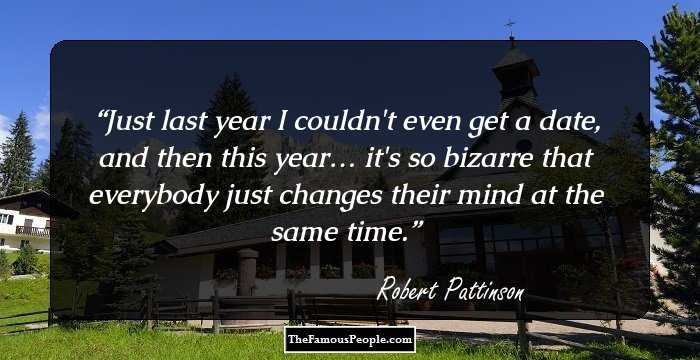 Just last year I couldn't even get a date, and then this year… it's so bizarre that everybody just changes their mind at the same time. 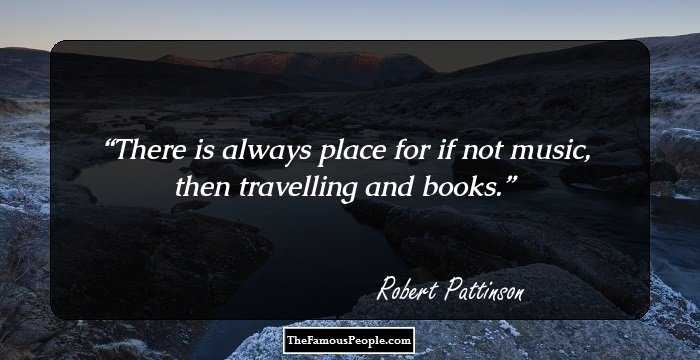 There is always place for if not music, then travelling and books. 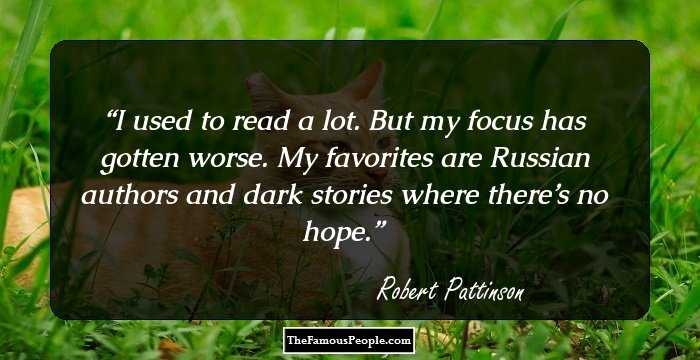 I used to read a lot. But my focus has gotten worse. My favorites are Russian authors and dark stories where there’s no hope.