Famous As: Actor, Comedian and One of the Four Writer-Performers in the Comedy Revue âBeyond the Fringeâ
Born On: April 19, 1935
Died On: March 27, 2002
Born In: Charing Cross Hospital, London, United Kingdom
Died At Age: 66
Dudley Moore was an eminent English musician, composer, actor and comedian. He gained recognition through the comedy revue, âBeyond The Fringeâ in 1960 as one of the four writer-performers. Some of his most notable films include, âArthurâ, â10â, âfoul Playâ, âLove Sickâ, âThe Mighty Kongâ, âThe Bed Sitting Roomâ and âUnfaithfully Yoursâ amongst various others. Moore won a âGolden Globe Awardâ for his performance in âArthurâ and was nominated for the âAcademy Award for Best Actorâ for the same. In 1984, he bagged in his second âGolden Globe Awardâ for âMicki & Maudeâ. Following is a compilation of some popular, inspiring and famous quotations and sayings by the illustrious artist which have been excerpted from his movies, acts, performances, dialogues, writings, thoughts, work and life. Presenting quotable quotes and thoughts by Dudley Moore.
Listed In:
Actors
Musicians
Film & Theater Personalities
Comedians
Composers 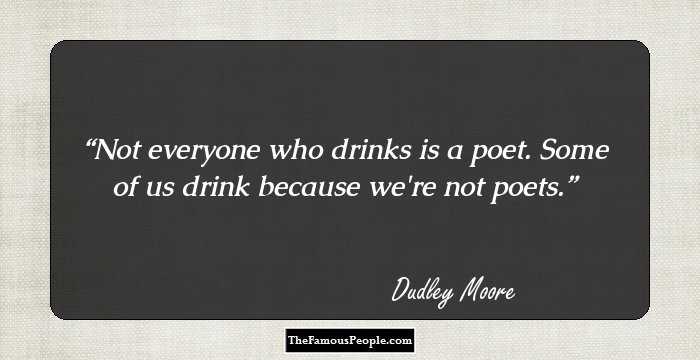 Not everyone who drinks is a poet. Some of us drink because we're not poets. 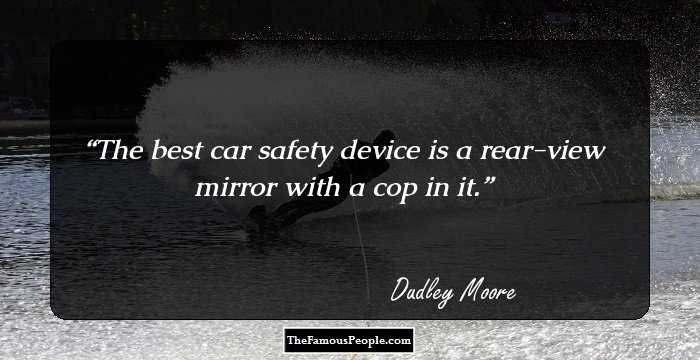 The best car safety device is a rear-view mirror with a cop in it. 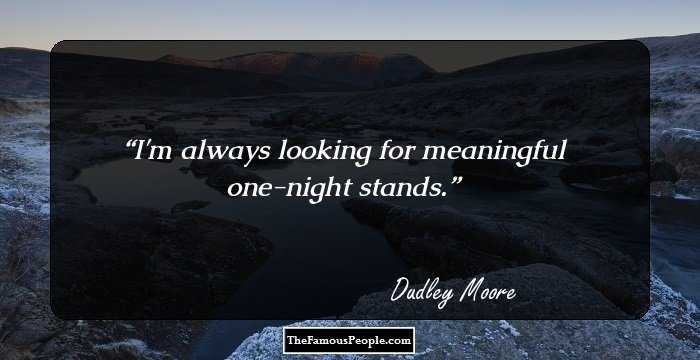 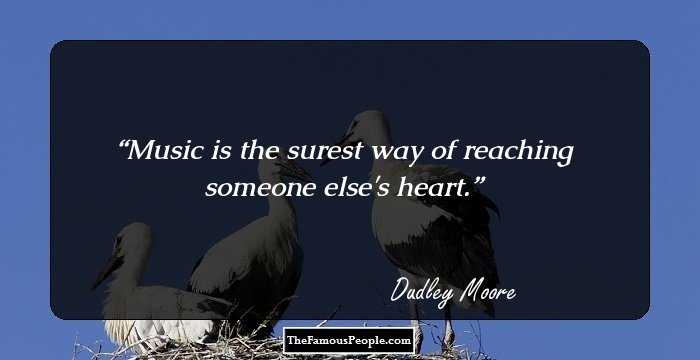 Music is the surest way of reaching someone else's heart. 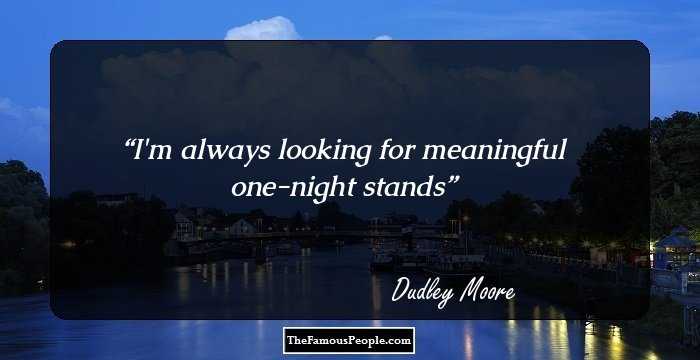 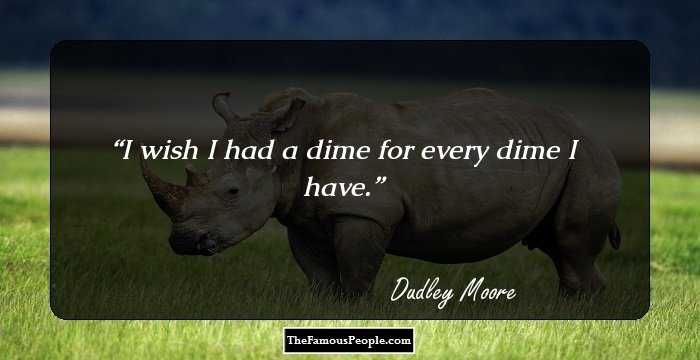 I wish I had a dime for every dime I have. 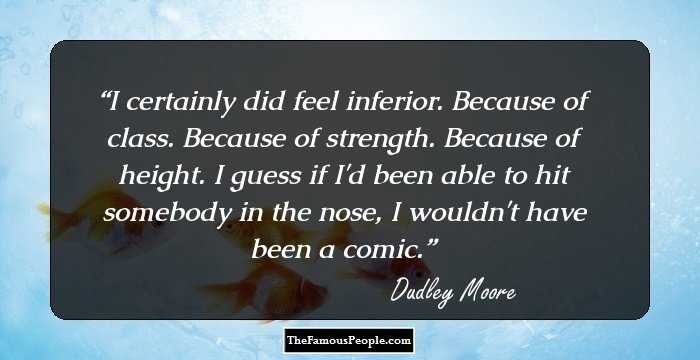 I certainly did feel inferior. Because of class. Because of strength. Because of height. I guess if I'd been able to hit somebody in the nose, I wouldn't have been a comic. 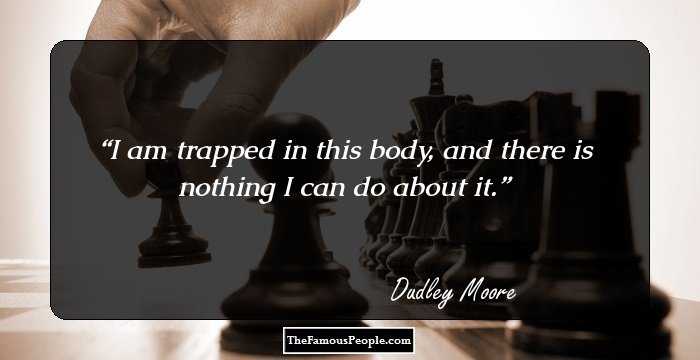 I am trapped in this body, and there is nothing I can do about it. 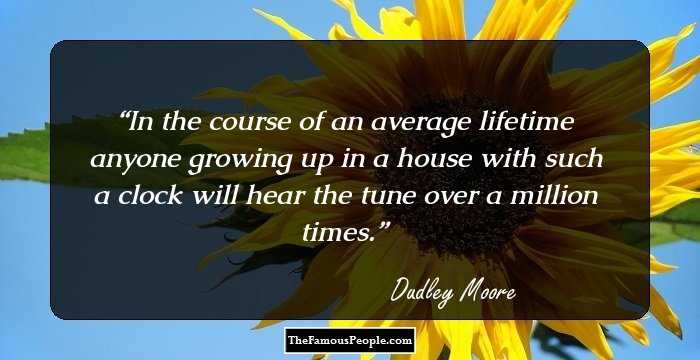 In the course of an average lifetime anyone growing up in a house with such a clock will hear the tune over a million times. 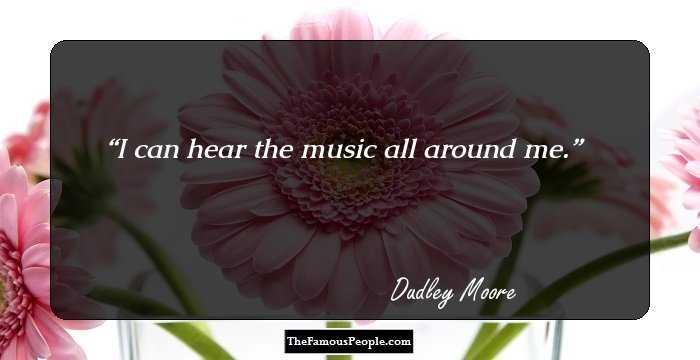 I can hear the music all around me. 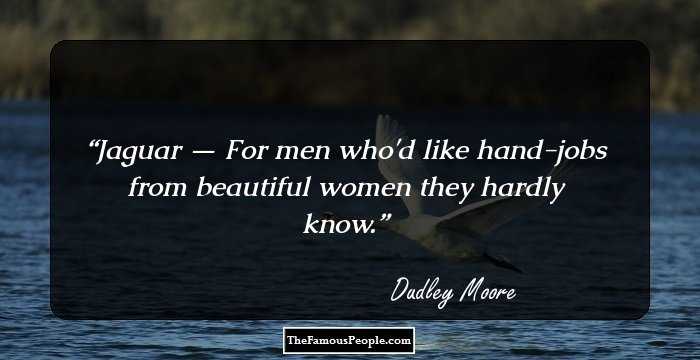 Jaguar â For men who'd like hand-jobs from beautiful women they hardly know. 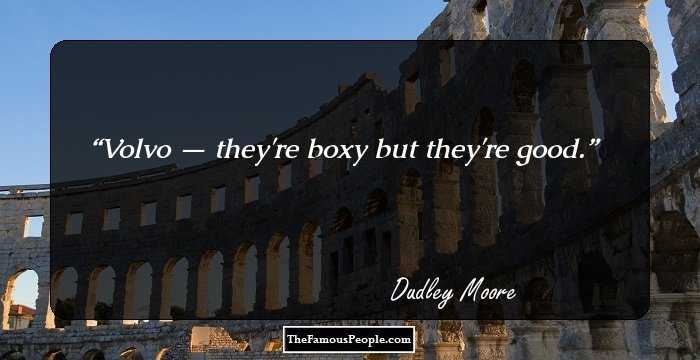 Volvo â they're boxy but they're good. 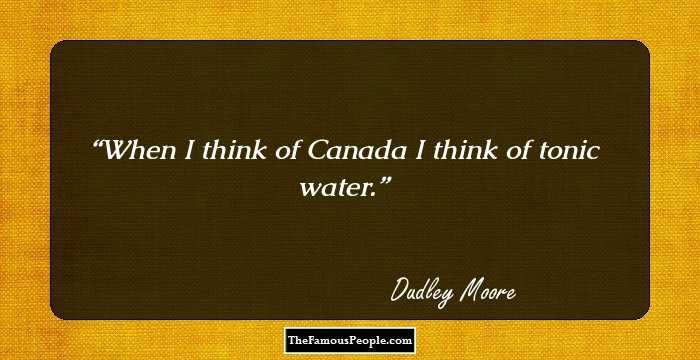 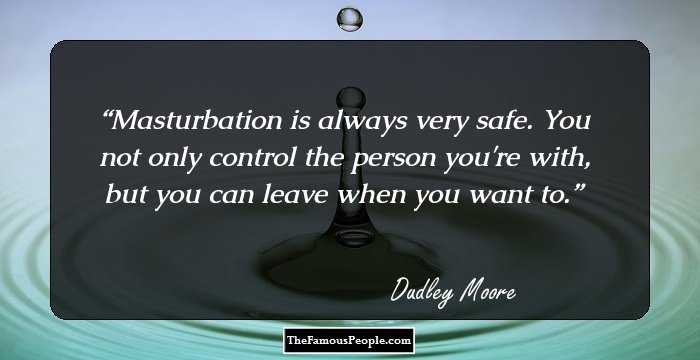 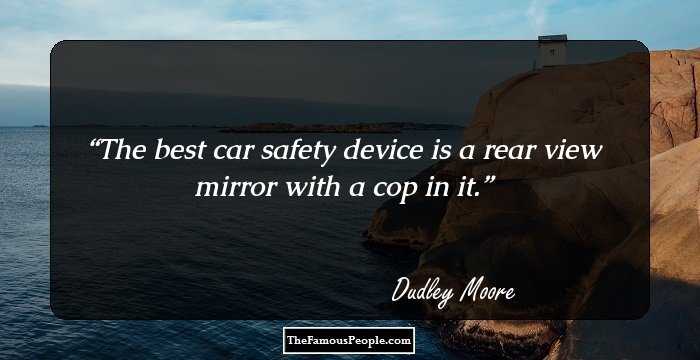 The best car safety device is a rear view mirror with a cop in it. 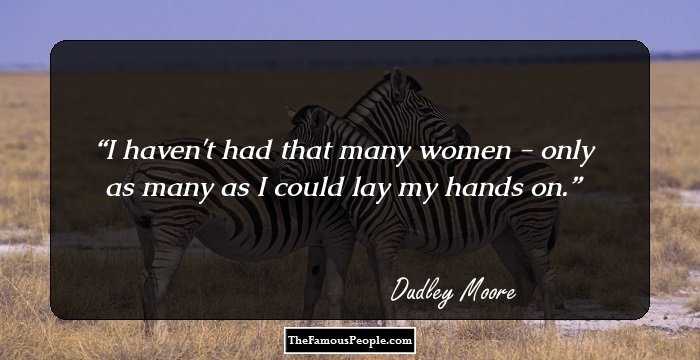 I haven't had that many women - only as many as I could lay my hands on.

Maybe the memory does play tricks. Increasingly, I'm thinking, 'What was their name? I knew that name yesterday.' I think that's what happens. At some point, I'll forget that I ever worked with Peter Cook, I suppose, and Alan Bennett and Jonathan Miller. 38 Awesome Quotes By Tim Curry To Declutter Your Mind