17 Robert Orben Quotes That Will Split Your Sides 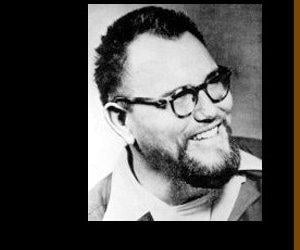 Famous As: Stage Magician, Writer
Born On: March 4, 1927
Born In: United States of America
Age: 95 Years
Robert Orben is a renowned American comedy writer. He has also worked as a speechwriter and a magician. He started off his career with his gag book âEncyclopedia of Patterâ which turned out to be a great success. This encouraged him to write further gags including âPatter Paradeâ, âLaugh Packageâ, âSight Bitsâ, and âScreamline Comedyâ. In these books, he perfectly blended sketches, ad-libs, and routines to fascinate the masses. These consecutively successful books made him famous and the content of his books was used by various stand-up comedians. He further started publishing a comedy newsletter âOrben's Current Comedyâ in which his writings were well-appreciated by the masses and was successful for more than 30 years. He even wrote gags for comedian Dick Gregory for a long period of time. He further moved to politics where he started working as a speechwriter to the Vice President Gerald R. Ford and went on to become the special assistant and director of speechwriting department at the White House. He currently works as a speaker at corporate events and his most recent work is âSpeaker's Handbook of Humorâ. His thoughts and humoros observations have become very popular and are quoted extensively. His thoughts and quotations tackle the most serious and sensitive topics in a lighter tone. Here is a compilation of quotations and sayings by Robert Orben which have been excerpted from his writings, books, speeches, dialogues, interviews and life.
Listed In:
Writers
Quotes by Famous People 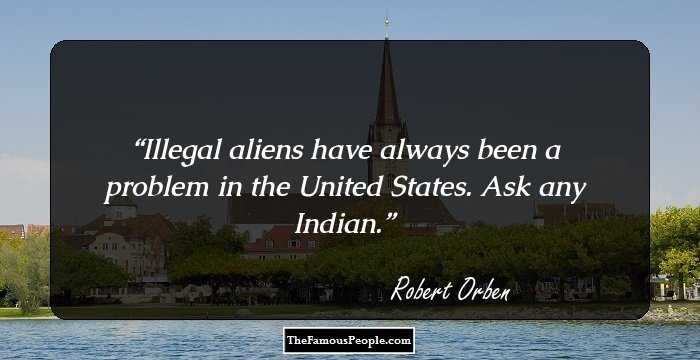 Illegal aliens have always been a problem in the United States. Ask any Indian. 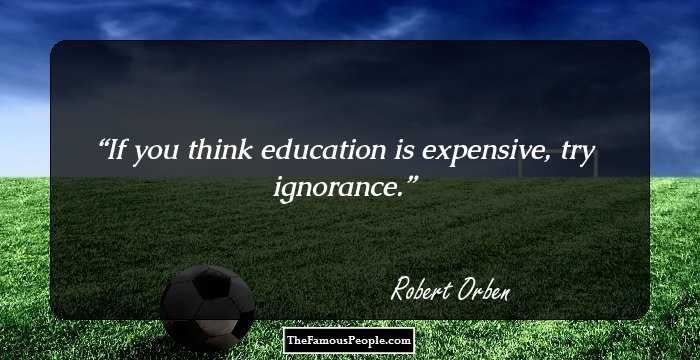 If you think education is expensive, try ignorance. 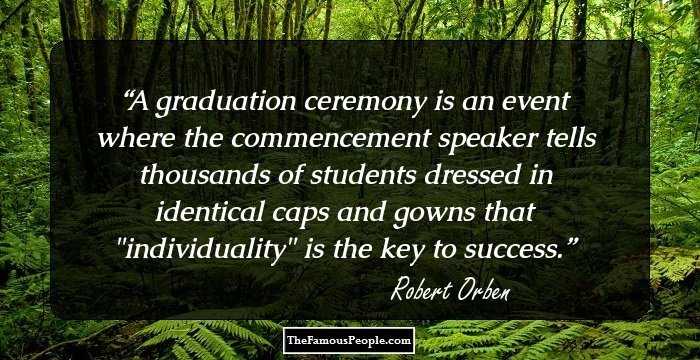 A graduation ceremony is an event where the commencement speaker tells thousands of students dressed in identical caps and gowns that "individuality" is the key to success. 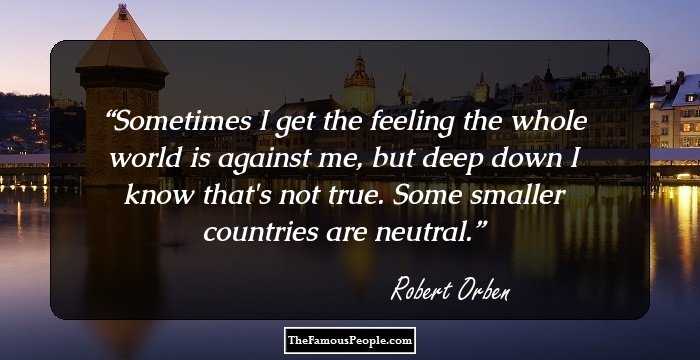 Sometimes I get the feeling the whole world is against me, but deep down I know that's not true. Some smaller countries are neutral.

Me I
Robert Orben 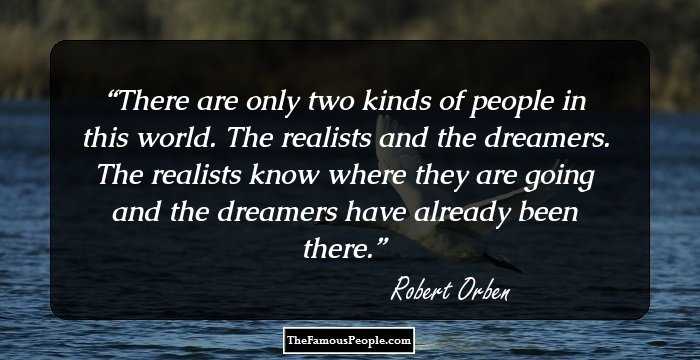 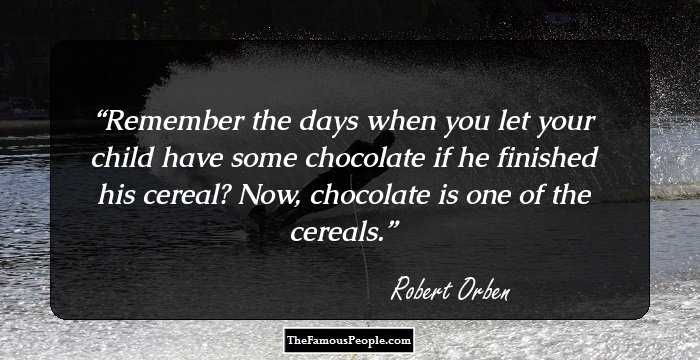 Remember the days when you let your child have some chocolate if he finished his cereal? Now, chocolate is one of the cereals. 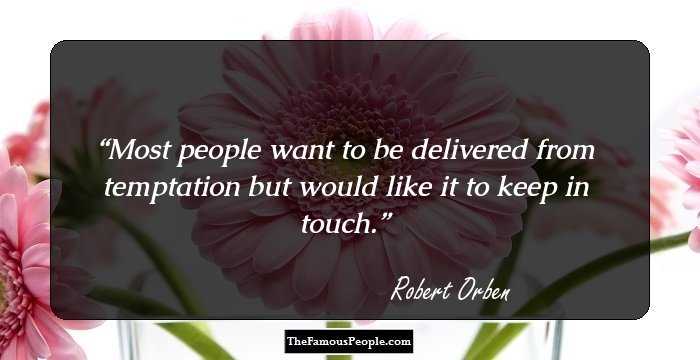 Most people want to be delivered from temptation but would like it to keep in touch. 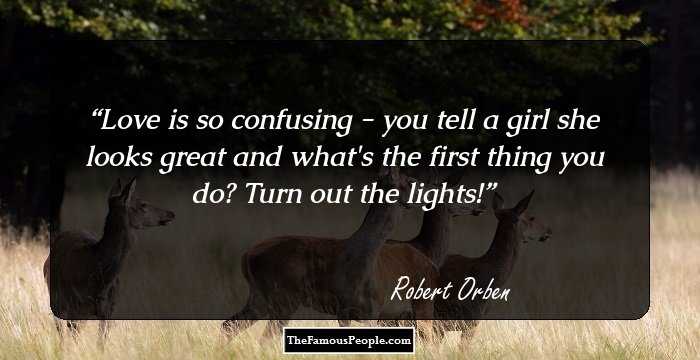 Love is so confusing - you tell a girl she looks great and what's the first thing you do? Turn out the lights! 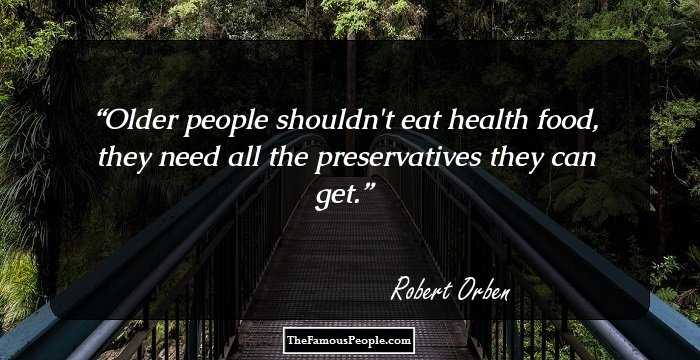 Older people shouldn't eat health food, they need all the preservatives they can get. 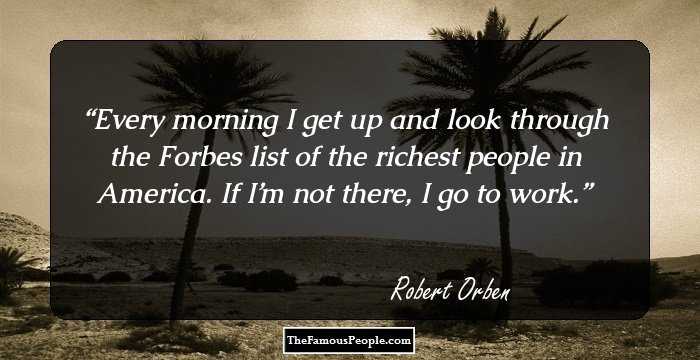 Every morning I get up and look through the Forbes list of the richest people in America. If I’m not there, I go to work. 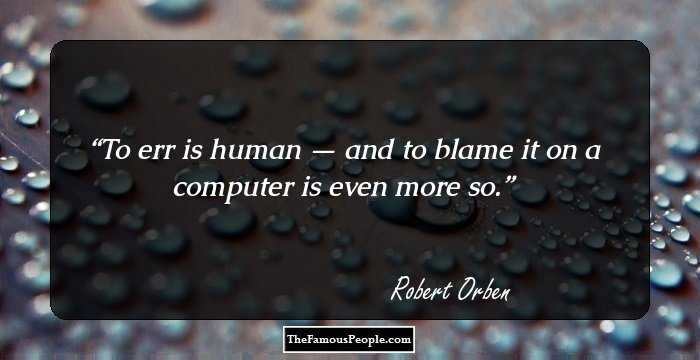 To err is human — and to blame it on a computer is even more so. 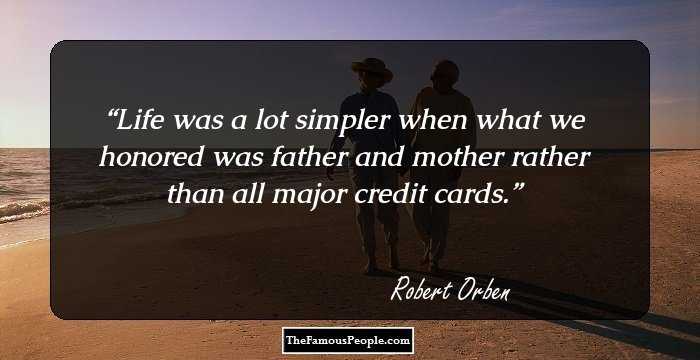 Life was a lot simpler when what we honored was father and mother rather than all major credit cards. 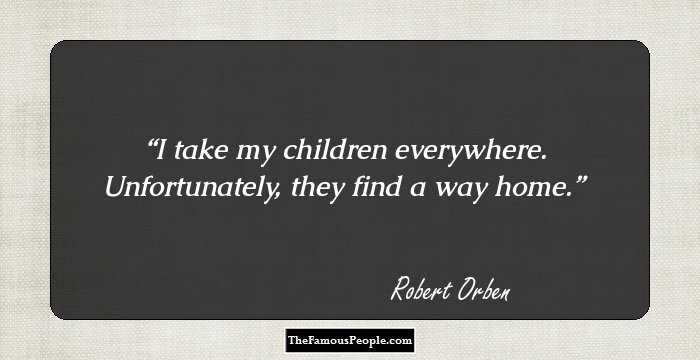 I take my children everywhere. Unfortunately, they find a way home. 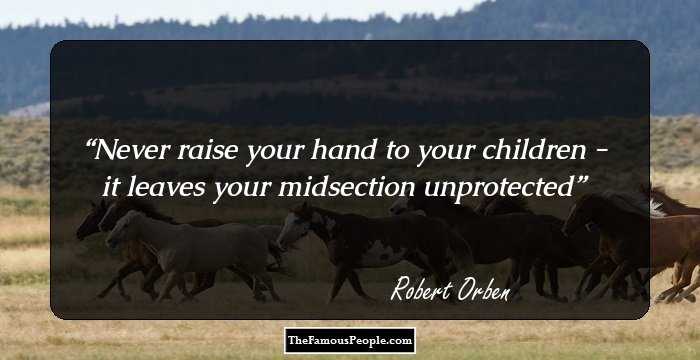 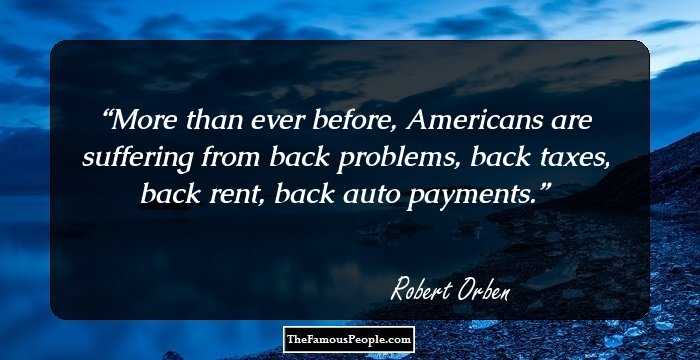 More than ever before, Americans are suffering from back problems, back taxes, back rent, back auto payments. 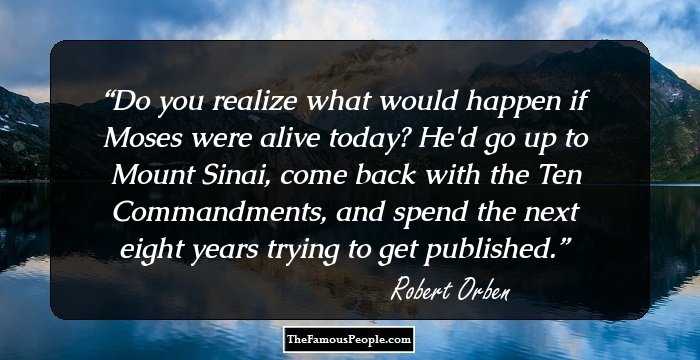 Do you realize what would happen if Moses were alive today? He'd go up to Mount Sinai, come back with the Ten Commandments, and spend the next eight years trying to get published. 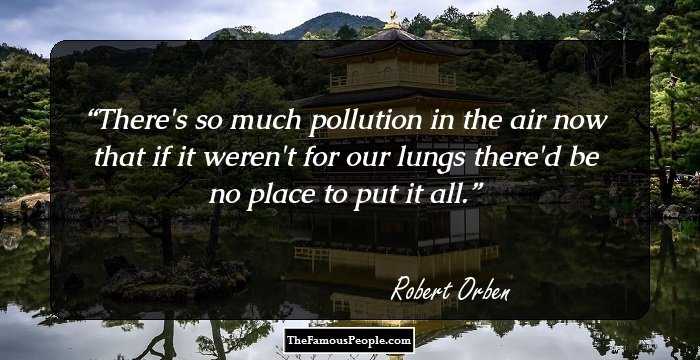 There's so much pollution in the air now that if it weren't for our lungs there'd be no place to put it all. 95 Insightful Quotes By Carson McCullers, The Pioneer Of Southern Gothic 35 Thought-Provoking Quotes By Bernard Malamud, The Writer Of Exquisite Parables